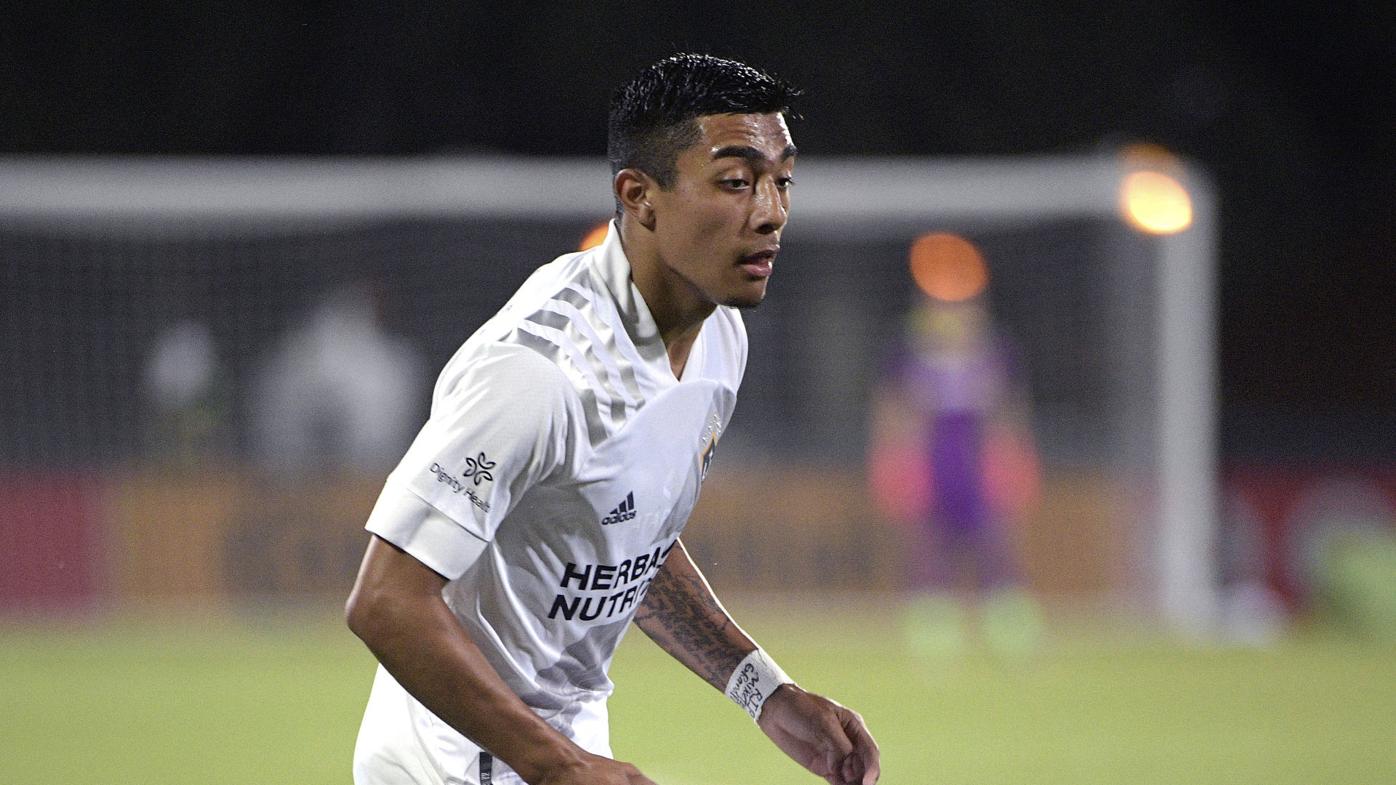 LA Galaxy defender Julian Araujo follows a play during an MLS soccer match against the Los Angeles FC on July 18 in Kissimmee, Fla. Araujo is said to be targeted by English Premier League power Tottenham. 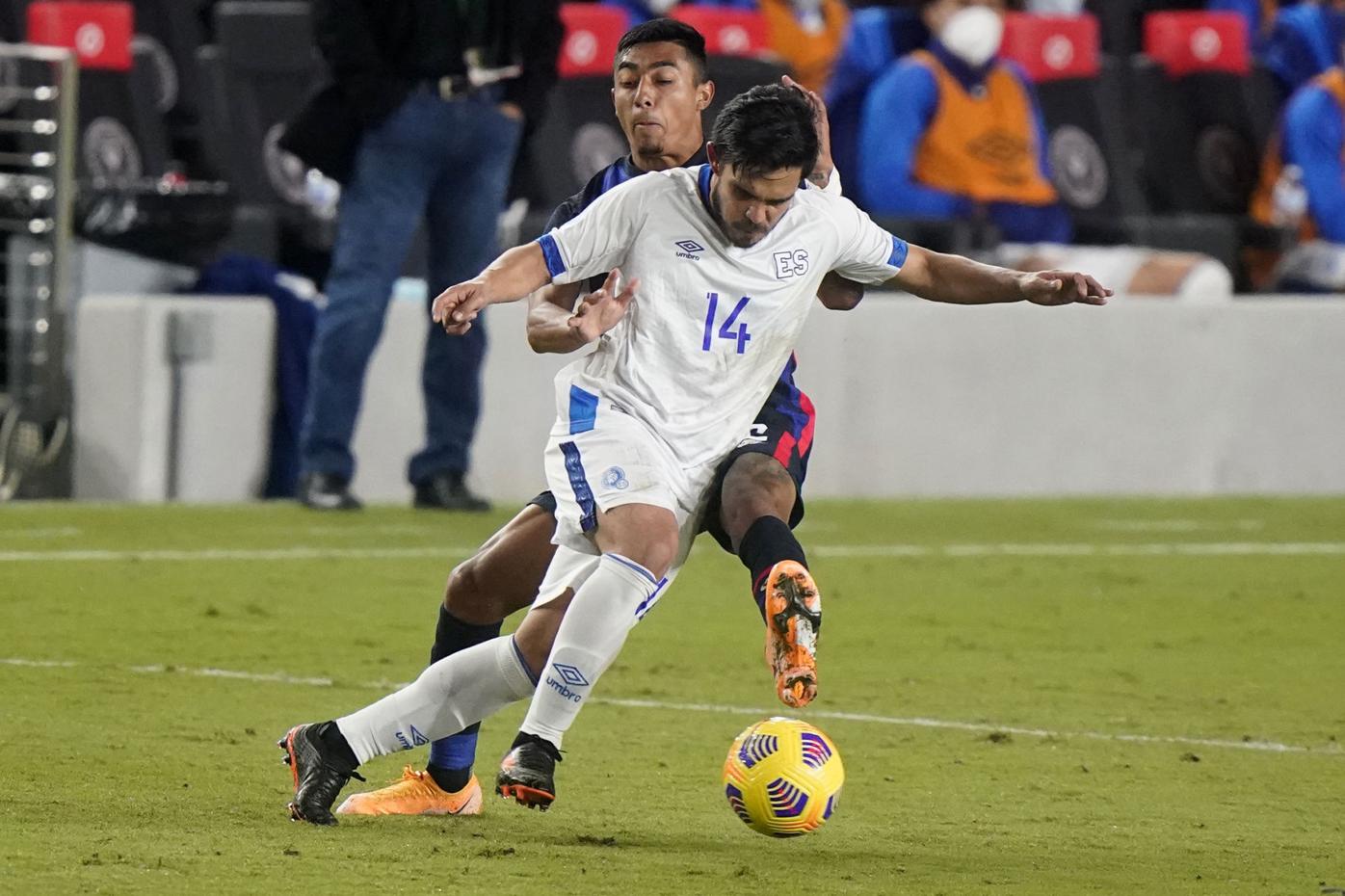 U.S. defender Julian Araujo, a native of Lompoc, attempts to steal the ball from El Salvador defender Andres Flores (14) during the second half of an international friendly soccer match in Fort Lauderdale, Fla. on Dec. 9. 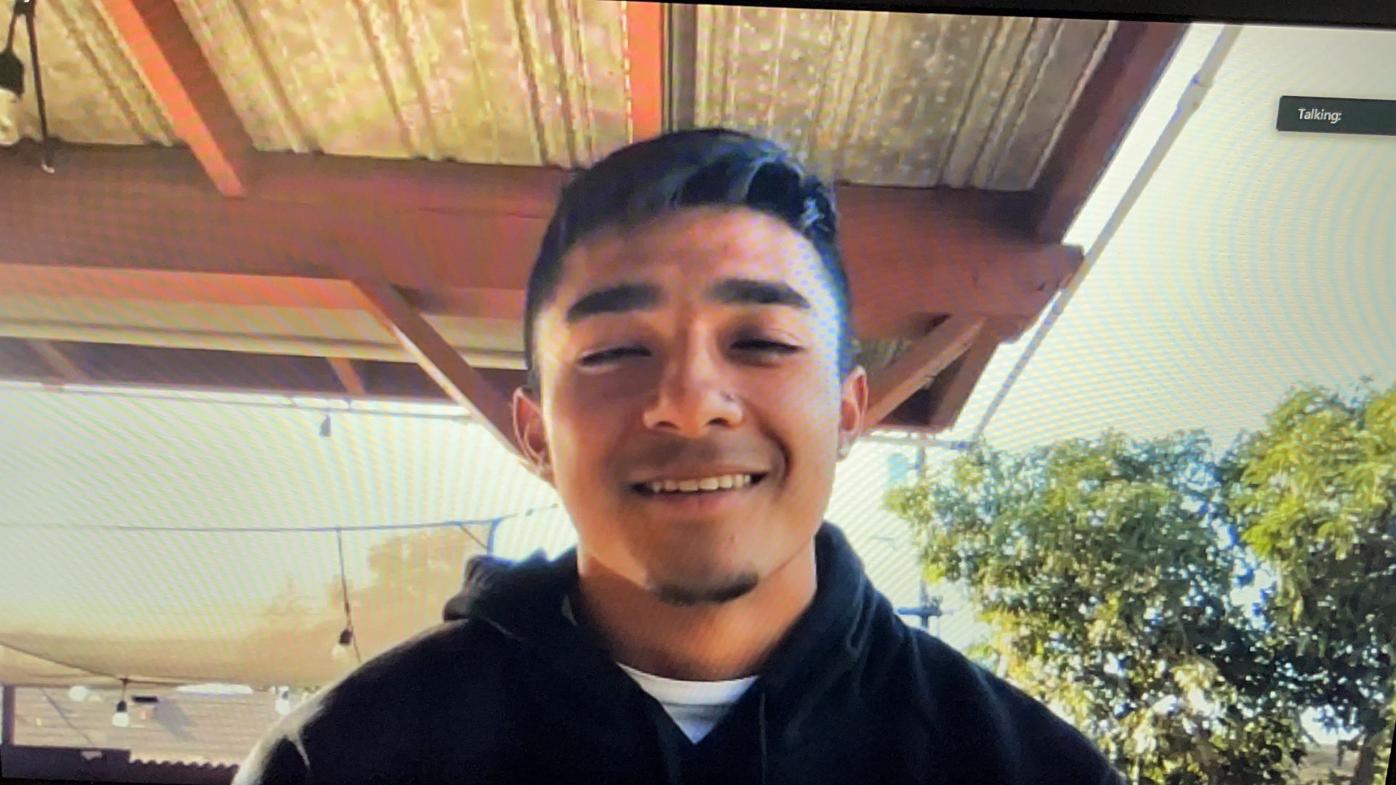 LA Galaxy defender Julian Araujo follows a play during an MLS soccer match against the Los Angeles FC on July 18 in Kissimmee, Fla. Araujo is said to be targeted by English Premier League power Tottenham.

An English newspaper reported Sunday that Lompoc native Julian Araujo, who's spent the last two seasons with the LA Galaxy of Major League Soccer, is being targeted by English Premier League club Tottenham.

The Sunday Mirror reported that Tottenham had advanced in its discussions with the former Brave.

The 19-year-old spent two seasons at Lompoc High before leaving the school to carve out a professional soccer career. Araujo attended the Barca Academy, a soccer school in Arizona, before his junior year of high school.

He then signed with the LA Galaxy in 2019 as a 17-year-old. He's spent the last two seasons with the Galaxy at right back. Last month, he made his U.S. men's national team debut in a friendly against El Salvador.

On Saturday, it was reported that Araujo left the U.S. under-23 training camp in Florida.

Philadelphia goalkeeper Matt Freese and D.C. United defender Donovan Pines were added to the under-23 roster for this month's training camp in Bradenton, Florida, in place of Salt Lake goalkeeper David Ochoa and Araujo, the Associated Press reported

The under-23 team is training under coach Jason Kreis alongside the national team through Jan. 24, and several under-23 players will be added to the national team roster ahead of a contemplated exhibition against Serbia in late January at Orlando, Florida.

The Sunday Mirror reported that Tottenham Hotspur is stepping up negotiations as it looks to agree a £5 million deal. In December, Tuttosport, an Italian publication, reported that Juvenus, a Serie A club, was interested in Araujo.

The move may come during the summer transfer window. Araujo may stay with the Galaxy even if a deal is struck due to the current labor climate amid the coronavirus pandemic.

Tottenham have depth at the right back position with Matt Doherty and Serge Aurier.

After this MLS season wrapped up, Araujo was voted the Galaxy's 'Humanitarian of the Year' for his work supporting farmworkers in Lompoc and working with the United Farmworkers Foundation this season. He was also chosen as the club's 'Defender of the Year.'

Araujo started all 17 games he played for the Galaxy this year and scored his first professional goal. He also had three assists as he piled up 1,298 minutes on the pitch. Araujo is a quick and aggressive defender that was also used as a pushing winger for the Galaxy this year. He was in the top five in all of MLS with eight total cards, six yellow and two red.

Player of the Decade Round Two

Player of the Decade (2nd Round)
Infogram

Walker the Warrior will face Keith Datu, of rival St. Joseph in the Elite Eight.

Walker was named All-Area MVP three times in his Righetti career: During his sophomore, junior and senior seasons.

Kevin Barbarick once said of him: "Cameron is the best I've ever coached. And he has handled everything with such class. Cameron is so humble. He's a good person."

He'll go against former Knight Keith Datu, a 6-foot-7 post who scored about 1,500 points with the Knights, adding nearly 1,000 rebounds and over 300 blocks.

This matchup features two players who scored major upsets in the first round.

Gomez, the No. 10 seed, edged Case Bruton, the No. 7 seed to advance here. Gomez, now a freshman walk-on at UCSB after graduating in 2020, was one win away from leading his school to its first ever state championship before his prep career ended at the onset of the coronavirus pandemic, which wiped out the entire slate of state title games.

The former Arroyo Grande High sharpshooter will take on another efficient scoring threat in Abayari. The former Conquistadore shooting guard averaged 25.4 points a game as he led the Conqs to their fourth consecutive Los Padres League championship in the 2014-15 season.

Abayari was the LPL MVP that year. He was also voted the All-Area Offensive Player of the Year. Abayari senior season at Cabrillo included an unbeaten run through the LPL with a 12-0 record, despite Cabrillo losing the previous season's co-All-Area MVP Chad Brodhead.

Walker, one of the most electric players the area has seen in not only this decade, but the 21st century goes against Brodhead in the second round.

JoJo Walker missed his freshman season of high school ball with a broken leg, but still went on to score 1,867 points in 93 career games at St. Joseph, averaging just over 20 points a game.

Brodhead averaged 24 points, five rebounds and five steals a game in leading Cabrillo to its third straight Los Padres League title in 2013-14. He easily crossed the 1,500-point barrier at Cabrillo. He scored about 700 points during his senior season.

Brodhead was a lanky, talented wing player at Cabrillo, able to dunk, shoot, score and pass. He was the only player to loosen Cam Walker's strangle-hold on the All-Area MVP, earning co-MVP honors with the Righetti star in 2013-14.

No. 12 Gabrys Sadaunykas vs. No. 13 David Terrones

Sadaunykas will face Terrones in the second round. The former St. Joseph standout was only there for two seasons, but certainly left a legacy with the school.

A native of Vilnius, Lithuania, Sadunykas spent his junior and senior seasons with the Knights, playing in 18 games and averaging 9.7 points, 4.5 rebounds and 3.6 assists as a junior.

As a senior, he bumped those numbers up to 16.2 points, 7.5 rebounds and 3.5 assists a game to earn earn PAC 8 League MVP honors and help the Knights capture a CIF Southern Section championship in the process.

Terrones, a hard-nosed guard under intense coach Gary West, earned his reputation as an elite competitor after leading Cabrillo to a remarkable turnaround during the 2009-10 season.

Terrones topped the 1,000-point mark at Cabrillo and was a four-year varsity player who earned All-CIF honors as a senior. He scored over 530 points in his senior season alone.

Copyright 2021 The Associated Press. All rights reserved. This material may not be published, broadcast, rewritten or redistributed without permission.