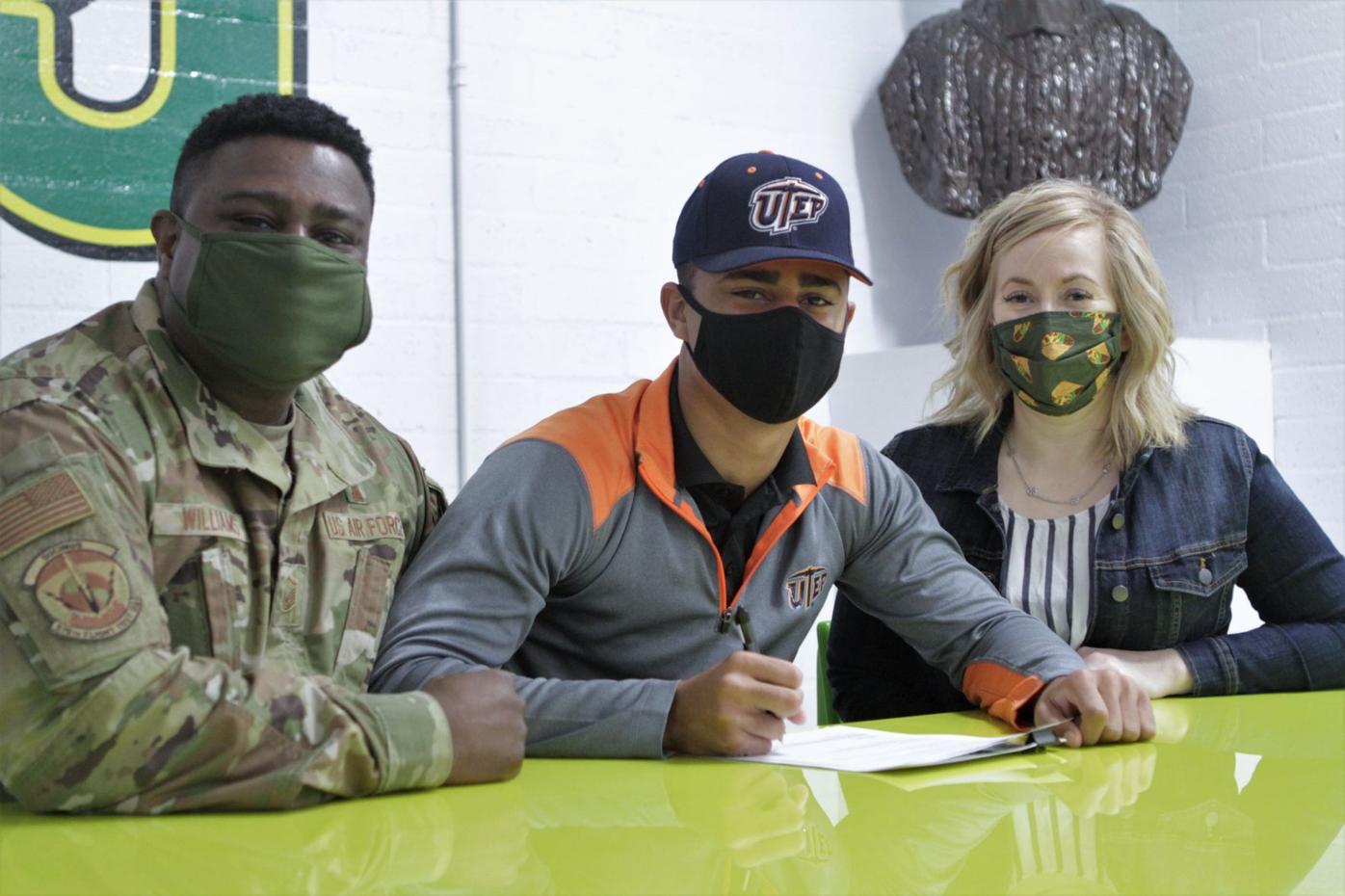 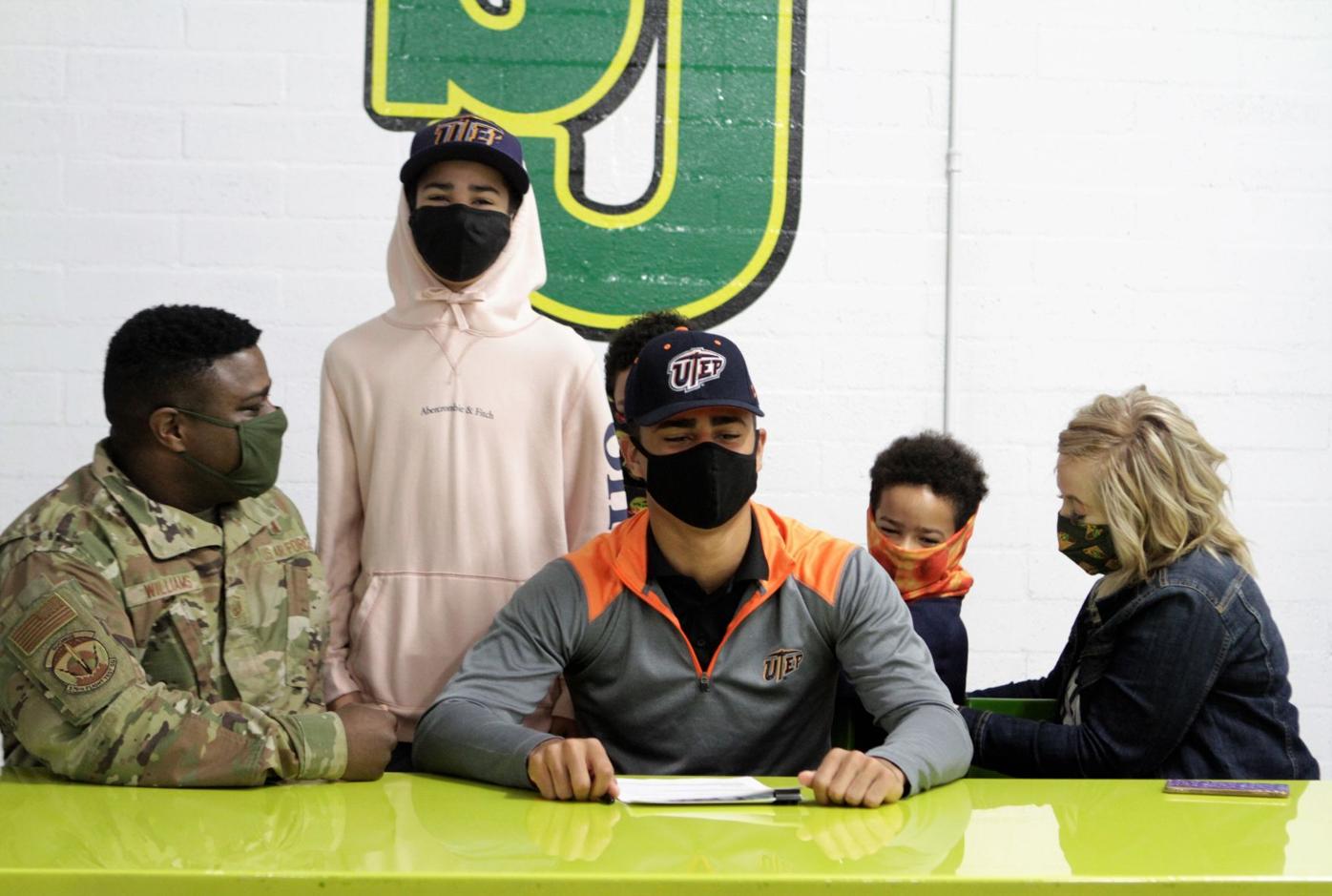 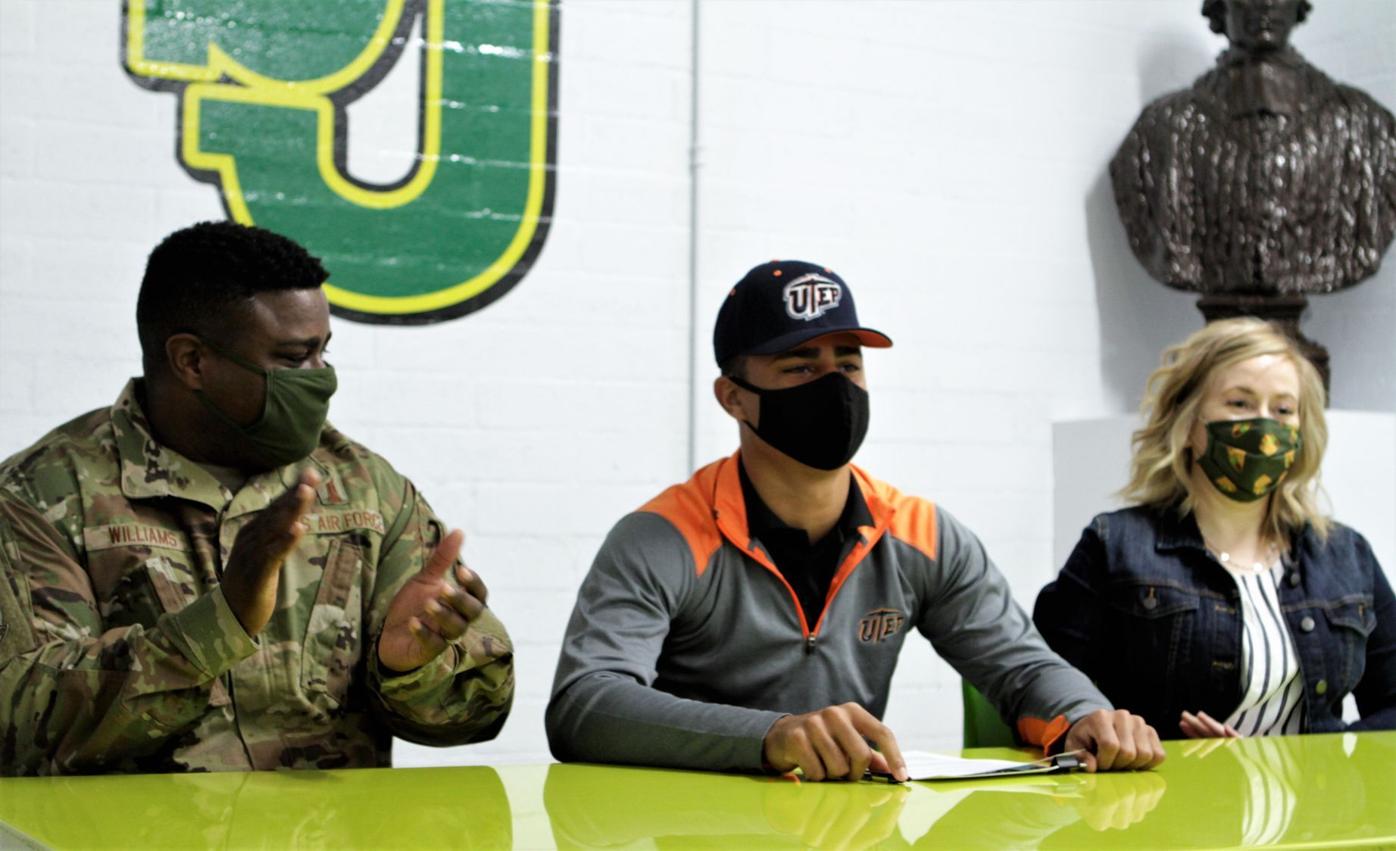 As the son of a military family, Tyler Williams is used to moving around.

That's a good thing, because Williams is headed from the Central Coast of California to El Paso, Texas.

Williams, a St. Joseph football standout, made his commitment to UTEP official last week, signing his national letter of intent during a small ceremony on the St. Joseph High School campus.

They're back: High school sports resume with cross country dual set for Friday

Williams' father Trulyn is in the Air Force. The family arrived on the Central Coast about three years ago from Louisiana. Williams spent one season at Cabrillo in 2018, then transferred to St. Joseph for his junior season in 2019.

At St. Joseph, Williams blossomed into one of the best players in the area and one of the top recruits. He developed into a long, athletic defensive back at 6-foot-1, 180 pounds, playing under St. Joseph head coach Pepe Villasenor.

What sold Williams on UTEP? He said it was the coaching staff, which is led by Dana Dimel, who was named head coach there in 2017. Josh Brown, who was at Cal Poly from 2012-2019 as a defensive coordinator and linebackers coach, is now the Miners' secondary coach.

UTEP plays in Conference USA and is coming off a 3-5 season that was played amid the coronavirus pandemic.

"The coaching staff was just amazing," Williams said Wednesday. "They talked to me like a person instead of like a recruit. They kept it straight up with me and always told me what it was. It just feels like I have family over there."

Williams, also a track and field standout at St. Joseph, talked about the development he's made since he arrived on the Central Coast. He was a raw, rangy athlete in 2018, but turned into a complete player in his first year at St. Joseph. He played both receiver and defensive back in high school but will likely play some safety and nickel at UTEP.

"I definitely feel like I've improved a lot. I've been an excellent competitor and whoever I've lined up against I feel that I can compete against them," Williams said. "Pepe has done a great job teaching me how to play the position and why we play the position a certain way. He's really helped me become a football player. I understand things way more than I did sophomore year."

Villasenor said of Williams, "He has demonstrated that he encompasses everything it means to be a St. Joseph Knight... One thing that's bittersweet is that I'm always emotional seeing my guys signing, but it is sad knowing I won't have them next year."

As a military son, Williams is used to moving around a bit. His father Trulyn Williams is stationed at Vandenberg Air Force Base. Tyler, though, says the move to UTEP may be harder on his father and mother Danielle than himself.

St. Joseph standout DB @tylerayden4 makes it official, signing with @UTEPFB. He was joined by father Trulyn and mother Danielle as Pepe Villasenor spoke at a ceremony this morning. #santamariatimes pic.twitter.com/kvwB119UG8

"I think they're going to have a harder time than I will," Williams said. "Being a military child, I've moved around a lot so I'm pretty good at settling in a place."

Williams, though, said he certainly wouldn't have made it to this point without the support of his parents, who attended Wednesday's ceremony along with Tyler's three younger brothers, Bronson, Carter and Camden.

"They've definitely helped me with everything," Williams said of his family. "My mom ironed my pants this morning, she really does everything. I'm really thankful for my dad as well because without all those 4 a.m. mornings this literally wouldn't be possible."

Danielle, Tyler's mother, said the process has been quite a journey.

"It's definitely surreal, going from Louisiana to Cabrillo to here. I think every move he just wanted to play and we supported that," Danielle said. "It's been a crazy ride, recruiting is crazy. No one can ever prepare you for all the emotions that come with recruiting."

"I was able to get gaming computers installed in my classroom by our amazing IT department at the beginning of the school year," Santa Ynez AD Ashley Coelho said, adding the IT staff will continue to be involved in helping the Pirate Esports team.

Danielle said she or her husband will be making plenty of trips to see Tyler play in Texas.

As the oldest of the four boys, Tyler has developed into quite a role model for his brothers.

"He's been a great big brother. He sets a great example and I think by seeing him work hard it's become a competition in our house," Danielle said. "There's never a dull moment and they all strive to see what he's doing and kind of beat him."

Williams has yet to play his senior season of football as California has shut down all high school sports since last March. Tyler said he's still hopeful he'll be able to play one last time for his high school and also compete in track and field in the spring.