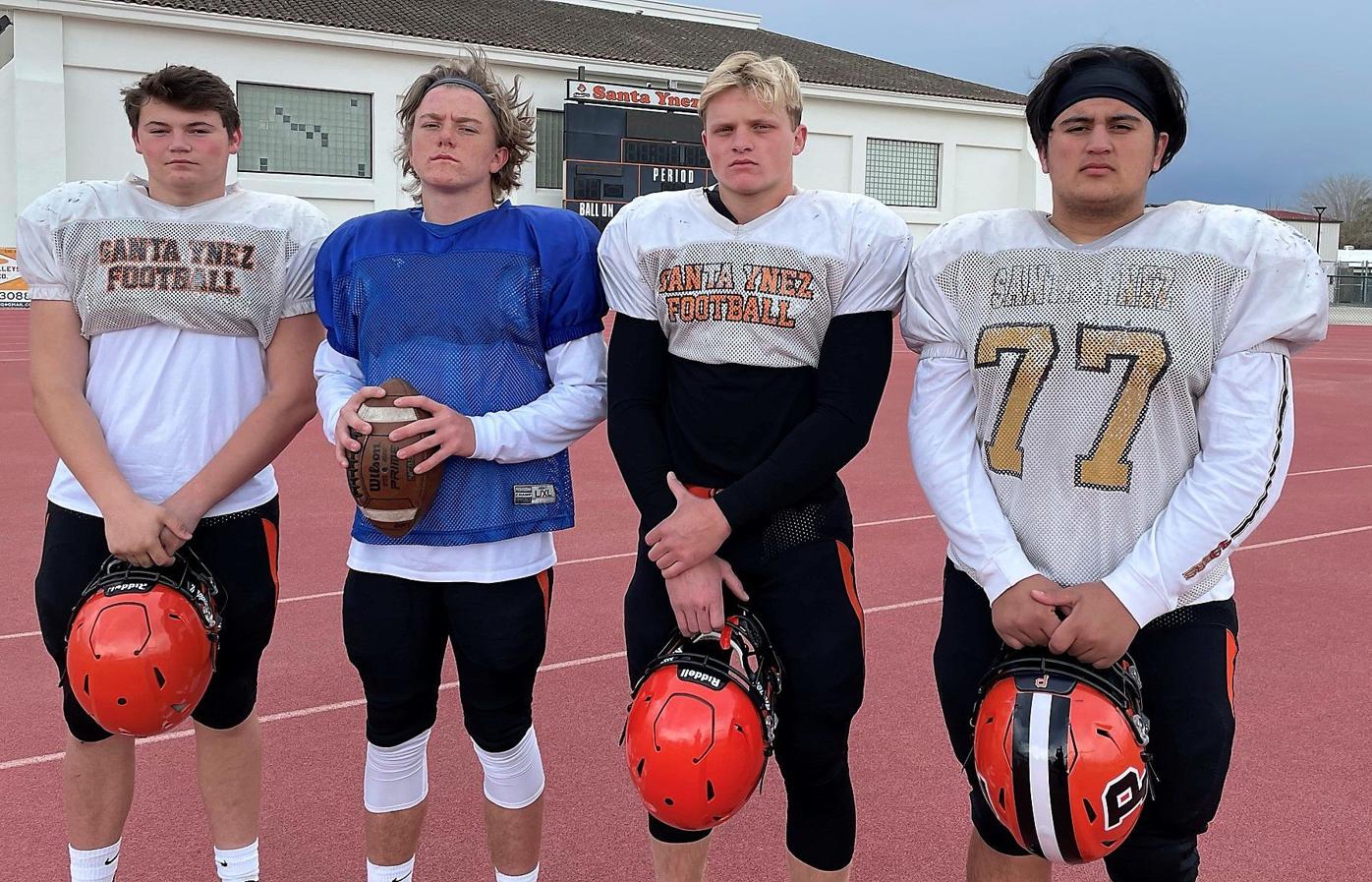 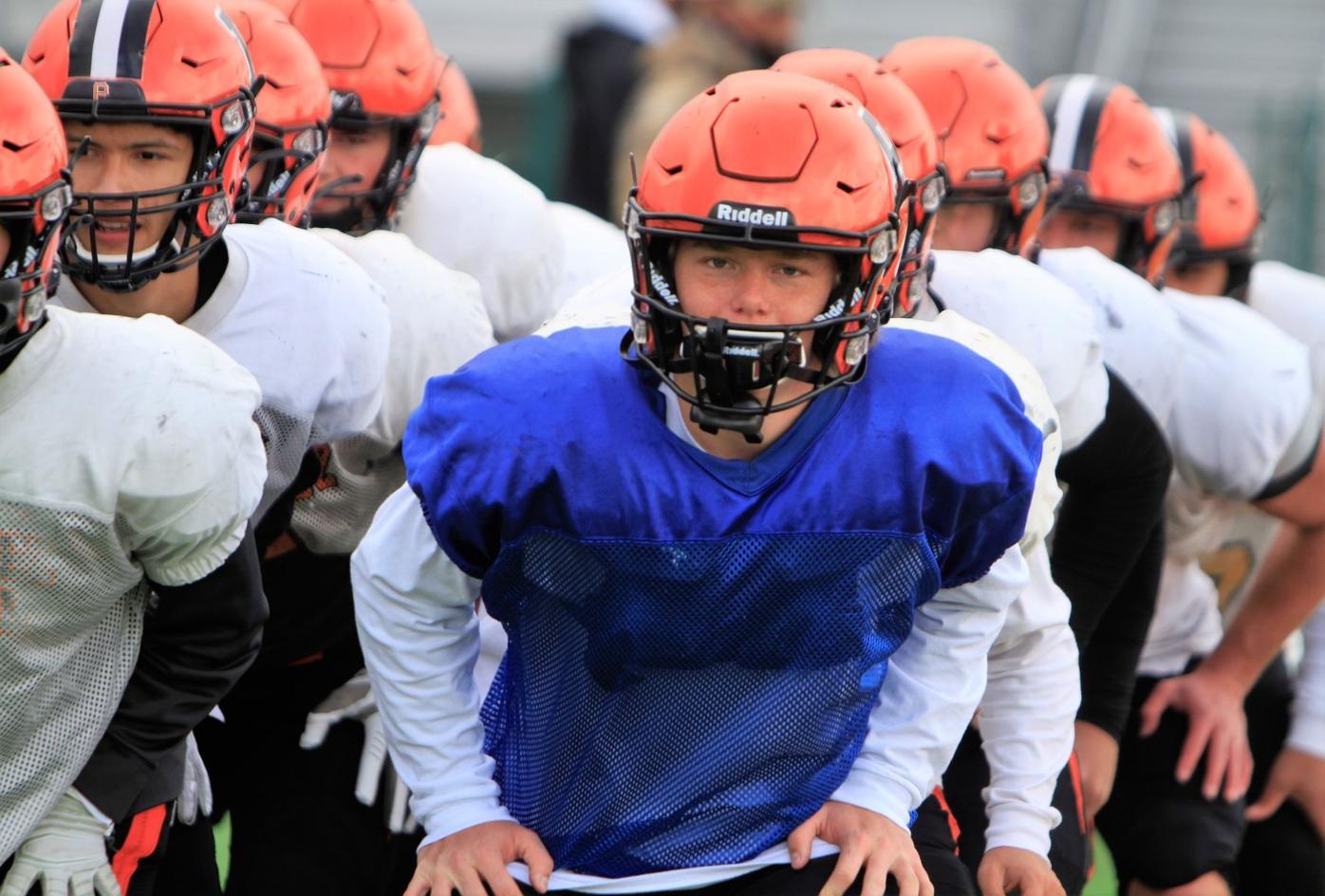 Santa Ynez senior quarterback Bennett Redell warms up with the team during a recent practice. 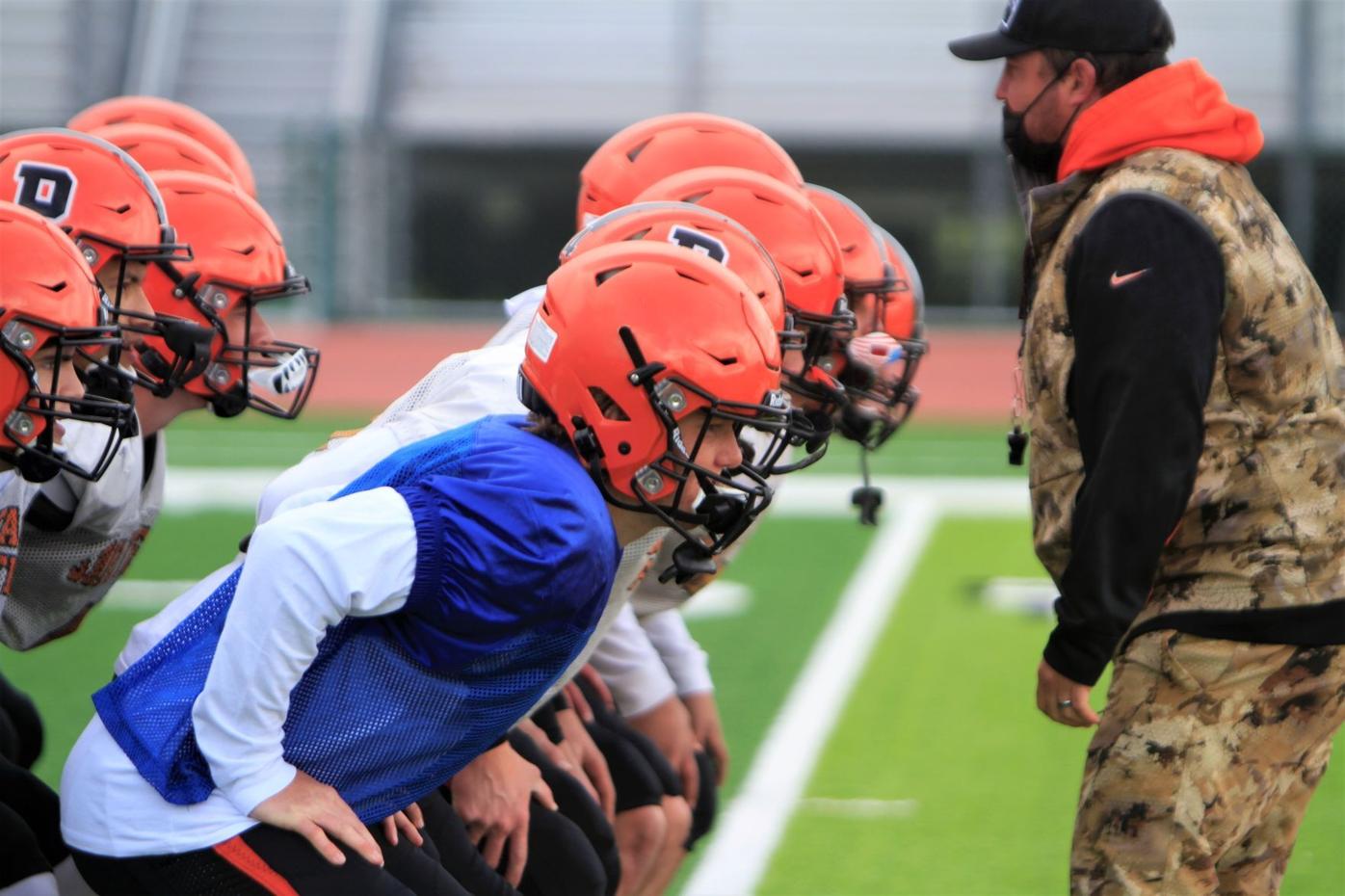 The Pirates begin practice at Santa Ynez High School's football team stadium. They kick off the season Friday against Lompoc.

Santa Ynez senior quarterback Bennett Redell warms up with the team during a recent practice.

The Pirates begin practice at Santa Ynez High School's football team stadium. They kick off the season Friday against Lompoc.

Out in Santa Ynez, Pirates football coach Josh McClurg has navigated his program through the troubled waters the coronavirus pandemic has brought quite adeptly.

McClurg has been able to keep his program's participation numbers stable, with the Pirates fielding varsity and junior varsity teams for this short spring season, something some programs in the area struggled to do.

McClurg also never stopped his team from preparing for a season this school year. The Pirates have rarely taken a break over the last seven months, the longtime coach said, even though uncertainty has shadowed the season for nearly a year.

Though the Pirates have been preparing for this moment for months, getting back to practice over the last two weeks has still had quite an effect on the team.

"This is probably the most normal we've felt since March 13, 2020, or D-Day," McClurg said of when sports shut down in California last year. "Most importantly, the kids have a sense of normalcy, they're joking, they're laughing. They're having a good time. It's really good for the kids."

Santa Ynez plays at Lompoc to open the season on Friday, March 19. Kickoff is slated for 7 p.m.

"I don't even think it's set in who we're playing," McClurg said. "I think they're excited to be preparing for a season, no one is really ready to play next week. You haven't had your normal offseason to put things in. But we have a really tight group, they were all tight when they were on JV. This is a really unified group, that's why we barely lost any kids through this."

Redell back to lead offense

The reward is a team that has more experience than most others in the area. The Pirates have Bennett Redell at quarterback for his third year starting at the varsity level.

"I've been looking forward to this season ever since I was 7 years old," Redell said of being a senior at SYVUHS. "Being back in the pads has meant a lot to me and I know for my teammates it means a lot, too. Coach has really been harping on us, telling us to look at the brighter side and it's finally starting to pay off."

Redell said returning to the Channel League setup from 2019 gives an advantage to the quarterbacks because they'll face familiar defenses.

"Every year Lompoc is really tough, they always pay attention to detail and they're really a good team in general," Redell said. "It's tough playing them first, but if any year, this is this year to be ready."

McClurg says Logan Ast, a senior, has taken his game to another level. Ast will lead the rushing attack.

As a junior, Ast came on late to take over the running back role, carrying the ball 48 times for 275 yards and two scores. He had 16 carries for 135 yards and both those touchdowns against San Marcos in the final game of 2019. Ast caught 11 passes for 131 yards and a score in 2019.

The Pirates also have key returners Camron Prendergast and Christian Shaw at receiver. Prendergast has caught 58 passes in his career, good for 654 yards and eight scores.

The Santa Ynez offensive line is one of the best in years, McClurg said.

"We're really disciplined," Figueroa said of the O-line. "We have a lot of experience, it's a strong, tall unit and probably one of the better offensive lines we've had in years."

The Pirates' biggest loss in play-making ability is the graduation of Anthony Gills, a standout defensive back/receiver/running back.

McClurg said the Pirate defense, which he helps coordinate, will continue to run its odd front with multiple looks.

McClurg said returner Brandon Welby, a junior, is back after earning First Team All-League honors as a sophomore. Mikey Gills is another key cog in the defense and will start at middle linebacker.

Tanner Padfield has also grown physically, getting moved from safety to outside linebacker.

"He went up from 160 pounds to 215," McClurg said of Padfield. "We were super young at a lot of our spots last year. Our kids grew and we had 11 months to lift weights."

McClurg said Prendergast will likely start at free safety, Cash McClurg and Tyler Gregg are "fighting it out for the other safety spot." Vincent Moran, a returner, Ast, Deklan Pollenz and Canyon McClurg will be rotating at safety. Canyon and Cash McClurg are juniors and the twin sons of the head coach.

Josh McClurg said the team is going to be in solid game shape early on this year.

"I wasn't going to quit preparing for this season until somebody told me I had to quit," McClurg said of his team's training program the last year. "I think our kids are in decent shape because of that."

McClurg and Lompoc coach Andrew Jones have formed a friendly rivalry over the years, though Santa Ynez has yet to beat Lompoc during their tenures.

"It's always hard to prepare for Lompoc," McClurg said. "I think it's a double-edged sword, because when you see them on film, with Andrew, there's a new formation and new wrinkles every week. When we get to them, it's usually week seven and you're preparing for seven games worth of stuff and you can't use seven games worth of stuff in one game. So you end up over preparing. We're only going off what we know in the past with Lompoc, so we just know about number 20 (Sheldon Canley Jr.), number 3 (Cailin Daniels), the quarterback (Cavin Ross) and number 10 (Joker Dickerson). We know about those guys, we know they're play-makers. Lompoc always has play-makers and it's going to be tough to stop those guys."

McClurg said the key with Lompoc is also trying to focus on their other guys.

"Those other guys I have no clue about," McClurg said. "We don't know who they'll have, so we have to wait and see."

More in Spring football starts on Friday! Read our team previews here (4 of 10)

They're back: Saints don pads to prep for March 19 opener at Morro Bay