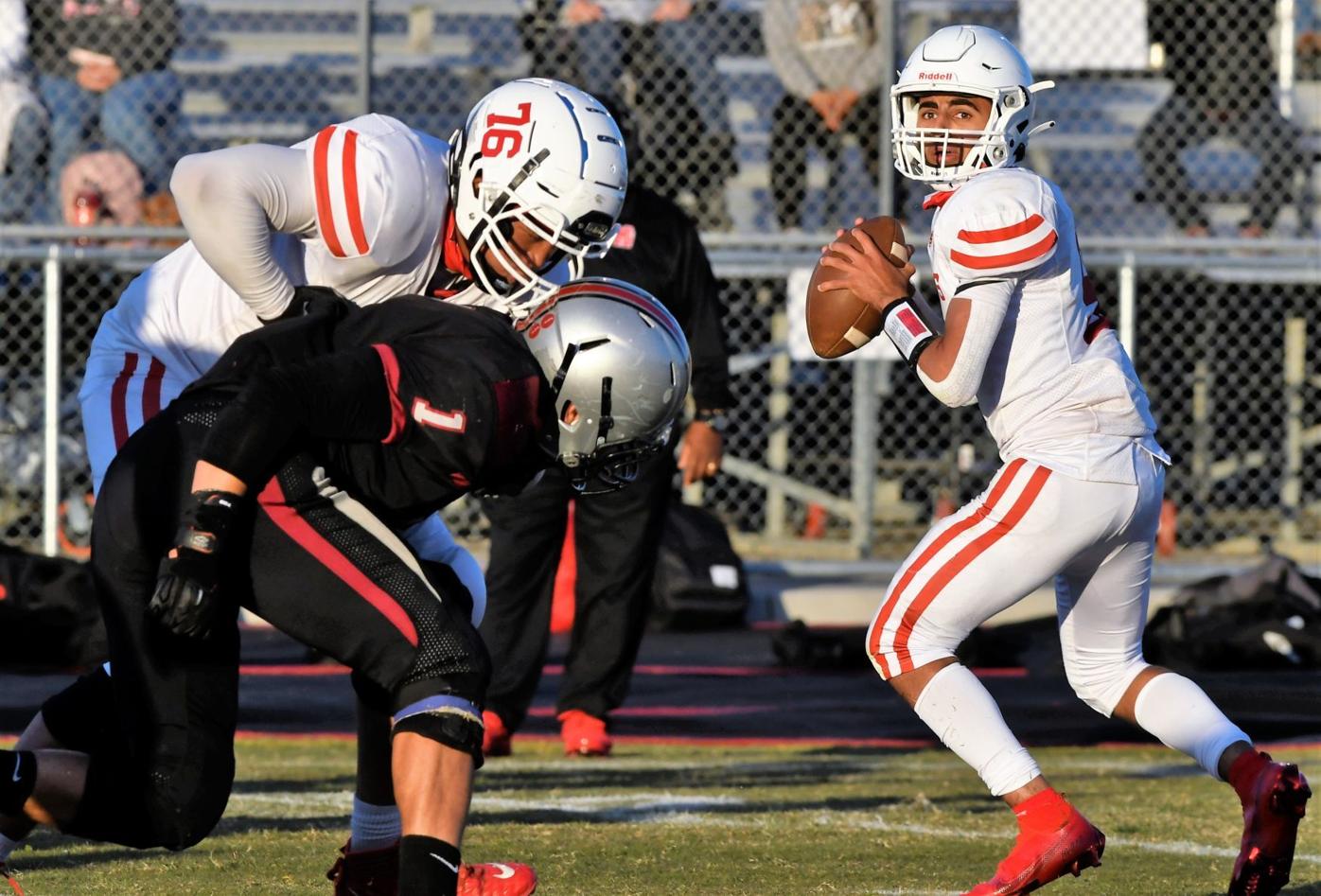 Santa Maria quarterback Murad Alamari throws a pass during a game at Nipomo High on March 27. Alamari and the Saints are scheduled to host Mission Prep Friday night at 6 p.m. 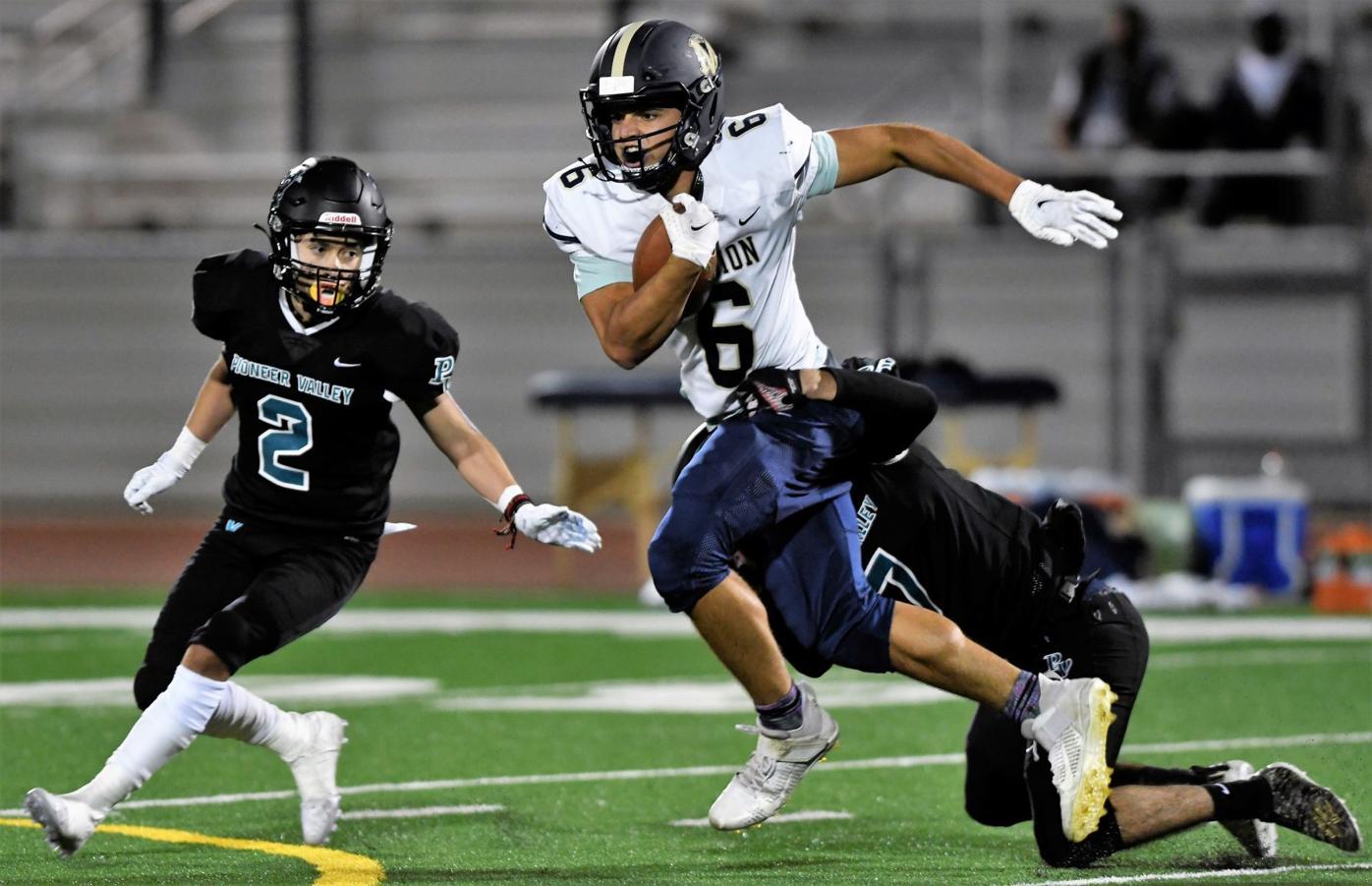 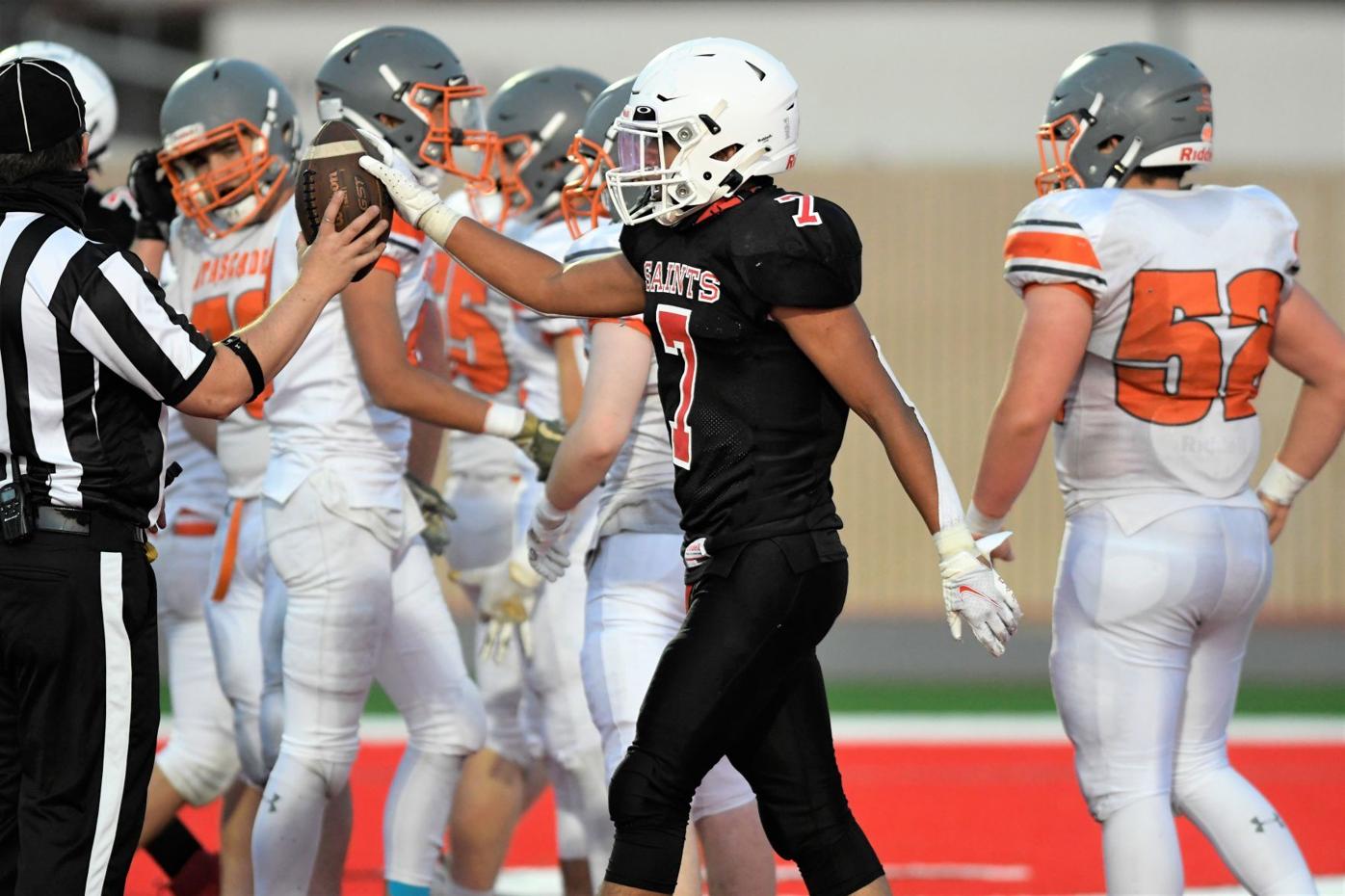 Santa Maria's Joannes Gonzalez hands the ball to an official after scoring during the game against Atascadero. The Saints moved to 2-1 on the year with a 35-0 win. They host Mission Prep tonight.

Santa Maria quarterback Murad Alamari throws a pass during a game at Nipomo High on March 27. Alamari and the Saints are scheduled to host Mission Prep Friday night at 6 p.m.

Santa Maria's Joannes Gonzalez hands the ball to an official after scoring during the game against Atascadero. The Saints moved to 2-1 on the year with a 35-0 win. They host Mission Prep tonight.

Moments after he talked to his team following its 35-0 shellacking of Atascadero, Santa Maria football coach Dan Ellington had already turned his focus to Mission Prep.

Ellington knows how much of a challenge Mission Prep poses in Friday night's Ocean League showdown, even coming off a surprising loss to Pioneer Valley.

The Saints host Mission Prep Friday night in a game between two teams with matching 2-1 records. Kickoff is slated for 6 p.m.

VOTE: Miller, Ast, Canley, Stineman, Nunez among those up for Player of the Week award

The Royals started the season with a 24-10 win over Nipomo and a 56-6 win over Atascadero before falling to Pioneer Valley in a rare Wednesday game on March 31. The capped a run of three games in the span of 11 days for Mission Prep, but that has resulted in extra time to prepare for a Santa Maria team that could easily be 3-0.

The Saints started their season with a 21-7 win at Morro Bay on March 19. They followed that up with a gut-wrenching loss at Nipomo on March 27. The Saints were up 14-6 with about 80 seconds left in that game. Nipomo scored a touchdown, missed the two-point try, recovered the ensuing onside kick, kicked the game-winning field and tacked on a pick-six as time expired for a 21-14 win.

Santa Maria did bounce back, scoring a rare shutout win in the 35-0 rout over Atascadero last Friday.

"We've got a big game next week against Mission Prep and it's going to be a fun one," Ellington said not long after beating Atascadero.

Ellington said the Saints are "going to have to play our best game of the year," to beat Mission Prep.

The Predictions: Does Templeton have a chance against St. Joseph?

The Saints have seen plenty of the Royals on game film, Ellington said.

"It just so happens that Mission Prep played Nipomo before we played 'em," Ellington said. "Then they played Atascadero before we played them. So, although we were preparing for the other teams, we've seen both game films. Then we watched the PV-Mission Prep game. That was a tough game for Mission to have to be ready in two days or whatever it was.

"They're good. They're very well coached, they execute very well, they're young, but, man, we're going to have to play our best game of the year to win that game."

Ellington has a clear game-plan to slow down the Mission Prep offense.

"We've got to stop the run and make them a passing team," he said. "Last year, they ran the ball at us, they controlled the clock and kept our offense off the field. If you don't execute on defense against a team like that, they're going to eat up the clock and put points on the board. Defensively, we're going to have to really, really get after it."

The Royals are a run-first team for sure, with a two-headed rushing attack led by freshman Drew Harrigan and junior Jack Susank. Harrigan leads the team with 282 yards on 38 carries. Susank has 247 yards on 25 carries. Harrigan has scored four rushing touchdowns and Susank has three.

Royals coach Dave Schuster said the loss to Pioneer Valley "might be, long-term, the best thing for us," immediately after that game. "We've got to bounce back... there were a lot of things that didn't go our way in this game and our young kids didn't handle it all that well. I think that's a great learning experience for them."

Sophomore Colby White is the Royals' quarterback. He's 17-for-35 for 244 yards, three touchdowns and two interceptions on the season.

Freshman Conner Lopez leads the Mission Prep defense with 42 tackles on the year.

Santa Maria has relied on its passing attack for much of its offense this spring. Senior quarterback Murad Alamari is 36-for-55 for 468 yards, five touchdowns and five interceptions in three games. The Saints are averaging just three yards per carry and 90 yards per game on the ground. Joannes Gonzalez is their top rusher with 140 yards on 38 carries and two scores. Alamari has three rushing touchdowns this season. Gonzalez can run from the quarterback position.

"We'll prepare for Mission Prep, see how they run their offense and defense," Gonzalez said after beating Atascadero. "We'll watch some film and try to find a weakness."

Junior Nick Martinez is having a stellar spring with 16 catches for 235 yards and five touchdowns. Alex Rodriguez has 11 catches for 120 yards.

The Saints are scheduled to play host to Pioneer Valley on April 16 in the final game of their spring season. Mission Prep plays at Morro Bay in its finale that day.