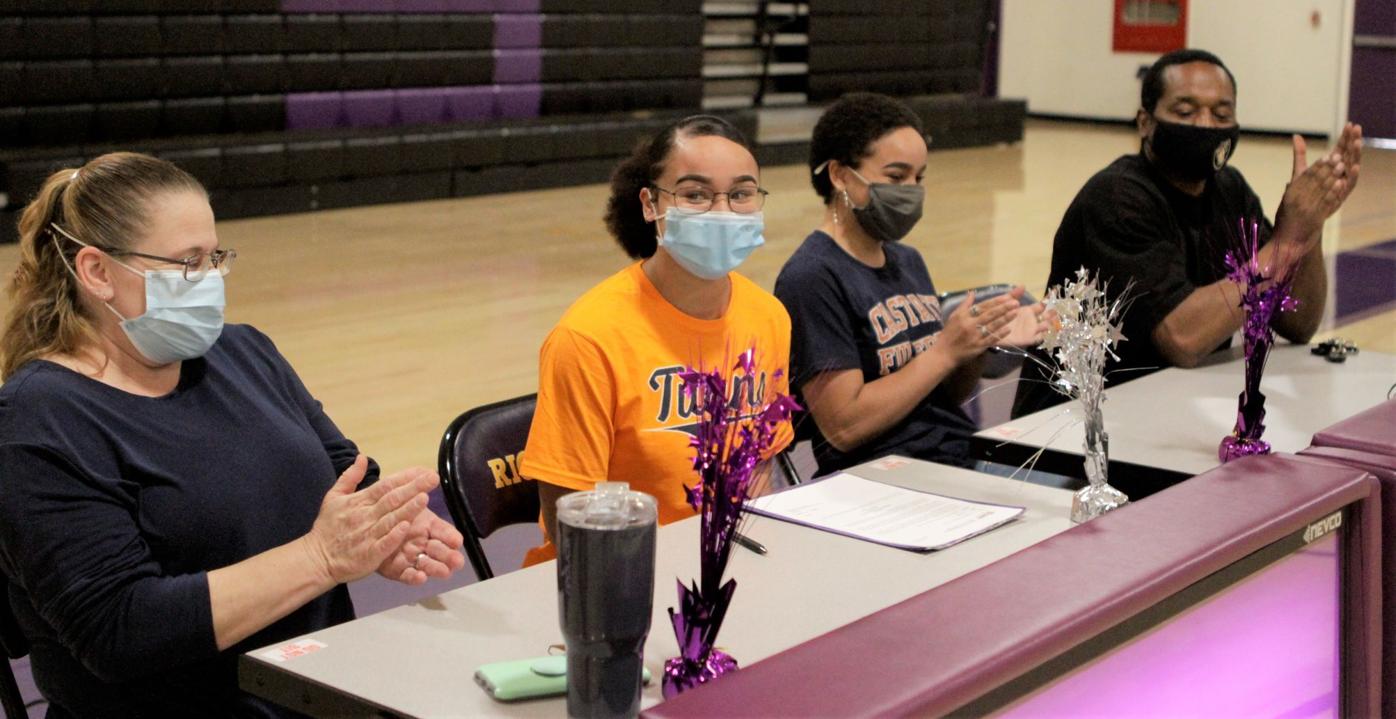 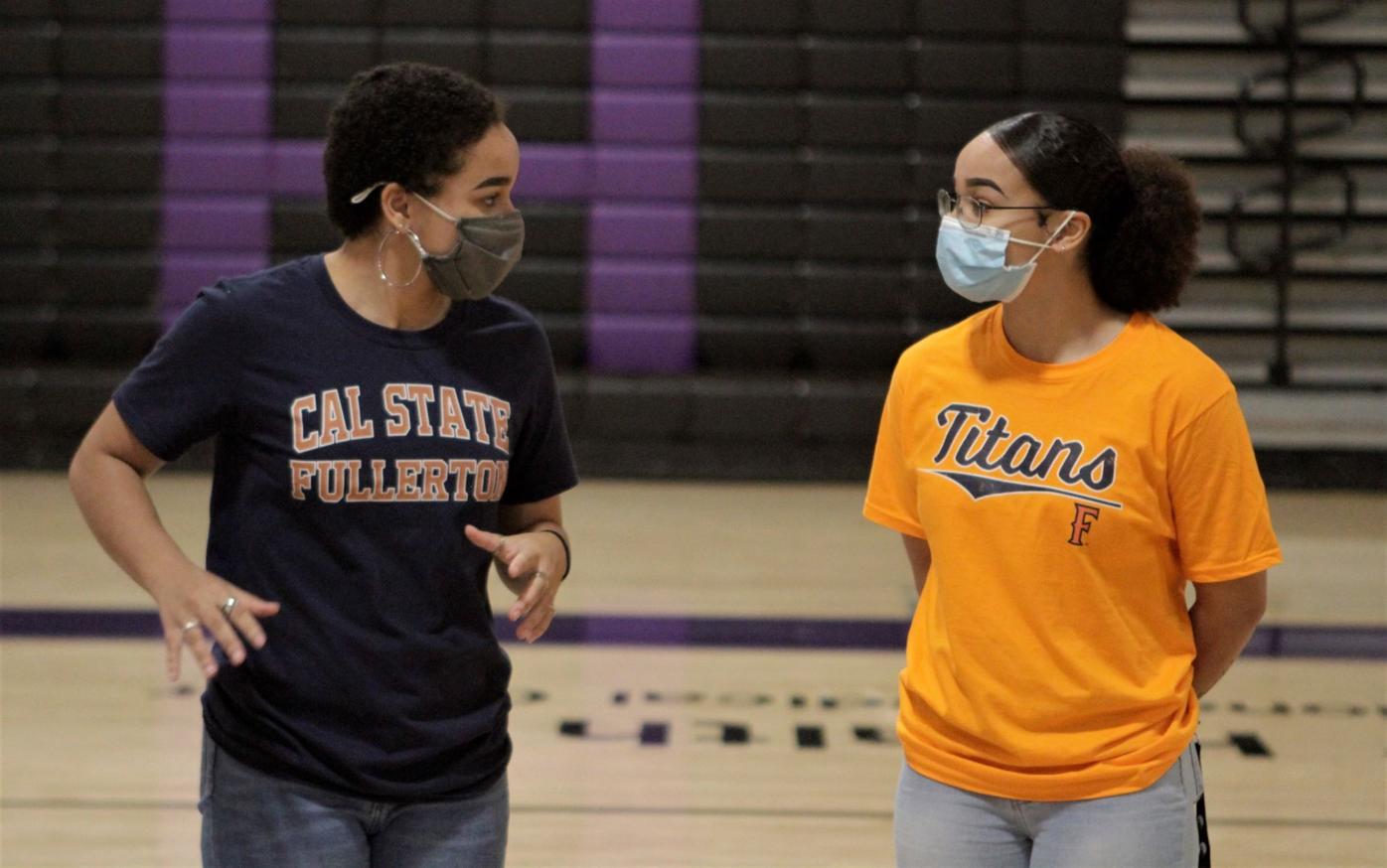 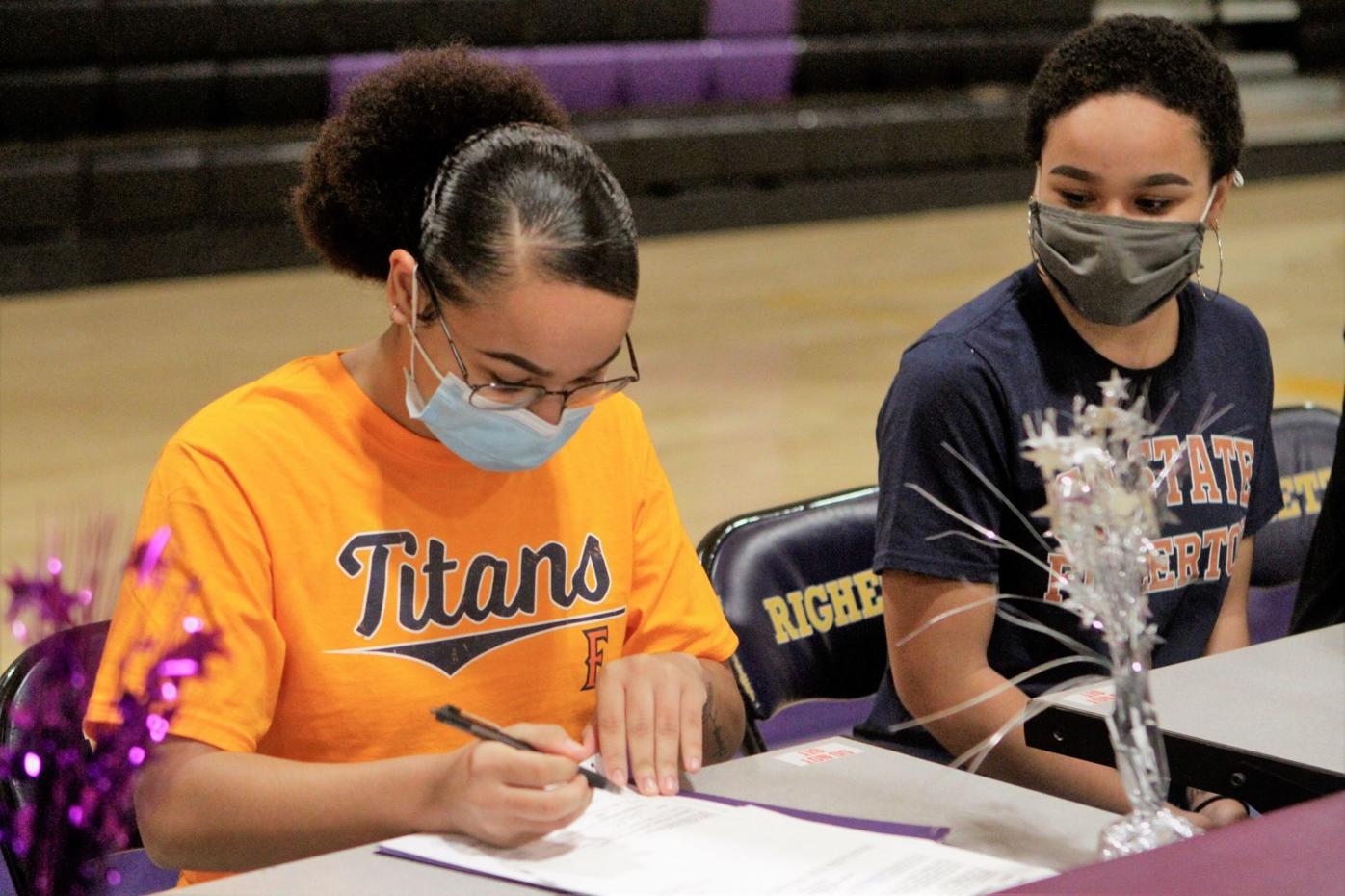 Righetti High School sprinter Rayann Booker signs to run at Cal State Fullerton during a small ceremony on the Righetti campus Saturday. Booker is joined by her sister Reann. 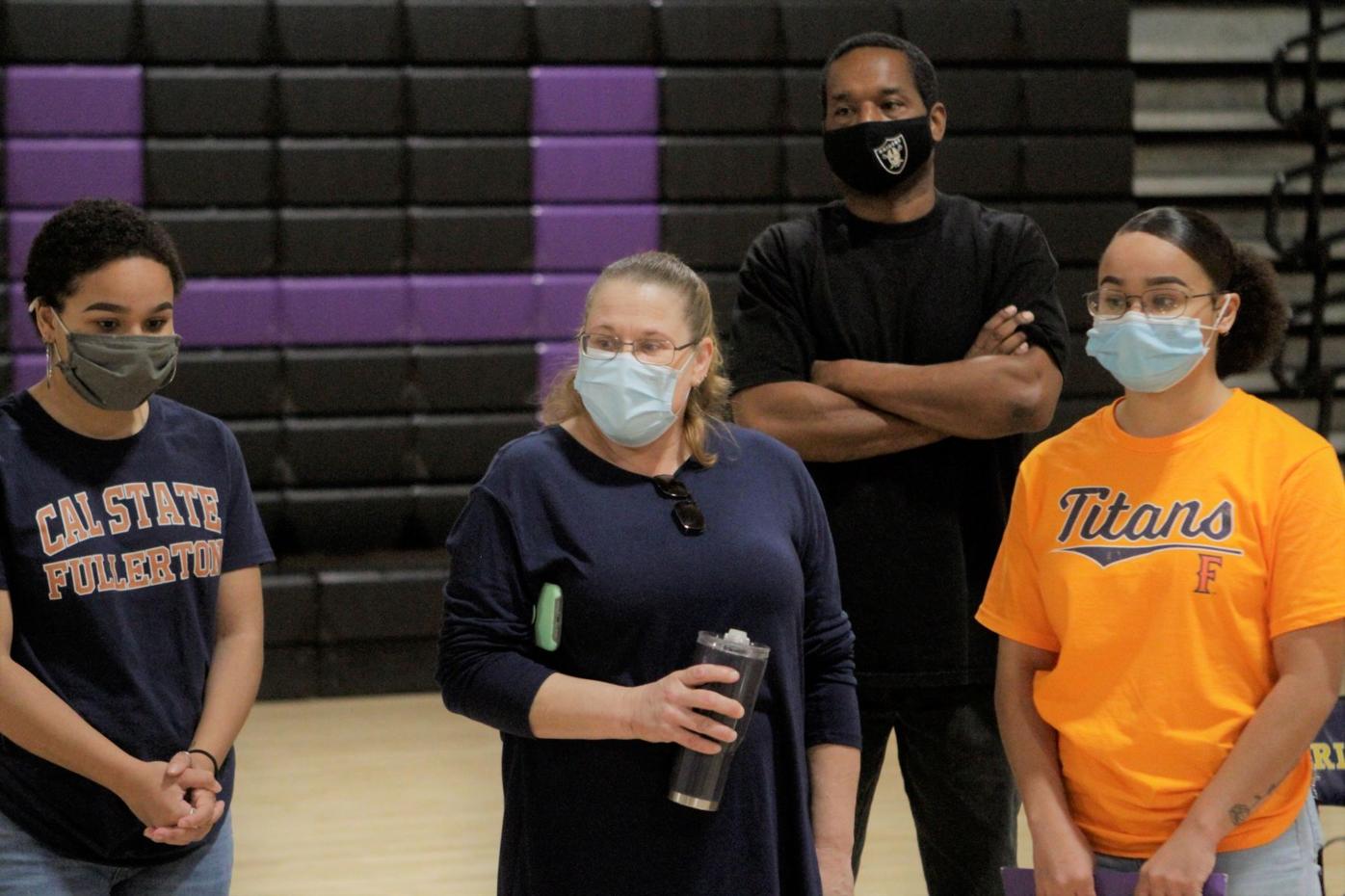 Righetti High School sprinter Rayann Booker signs to run at Cal State Fullerton during a small ceremony on the Righetti campus Saturday. Booker is joined by her sister Reann.

Booker signed with the Titans for a track scholarship Saturday during a ceremony at the Righetti gymnasium.

“I chose Cal State Fullerton because I like the Los Angeles area and I have relatives there,” said Booker. She won the PAC 8 League girls 100 and 200 championships as a Righetti freshman in 2018 then repeated as a sophomore the next year.

Because of the COVID-19 pandemic-caused restrictions, attendance at the signing was down from what it would likely have been. Booker’s parents, Ryan and Teri, were there, however.

“She’ll be going to the same college as her sister,” said Teri.

Reann Booker is Rayann’s twin sister. Both have had decorated track careers at Righetti.

Reann Booker was at the signing ceremony. “She’s been injured. She doesn’t have a scholarship yet,” said Mike Pope, Righetti’s sprint coach who has been working with the twins since their youth club track days.

“We’re working on getting (Reann) a track scholarship. She’ll get one.”

Rayann Booker ran the second leg and Reann Booker anchored for the two-time league champion Righetti 4x100 girls relay team. That foursome made it to the 2019 CIF Central Section Finals.

Reann Booker is the reigning Santa Barbara County girls 100 and 200 champion, taking both races at the County meet in 2019.

The Righetti coaching staff held Rayann Booker out of that meet. Rayann Booker won the County girls 100 and 200 championships in 2018. Rayann ran the second leg and Reann anchored as the Righetti girls 4x100 relay squad won the 2018 County title.

Bailey: High school sports are starting to return. What's next?

The COVID-19 pandemic scrubbed the 2020 track season after one varsity competition for most area teams, an event at Nipomo. The frosh-soph version of the event that was set for the next day was cancelled.

Because of pandemic-related restrictions, the Righetti track teams have not held workouts since, though their athletes have been able to workout individually. Team workouts for the 2021 season are slated to begin Monday.

“I’ve been doing mostly hills,” in the meantime, said Rayann Booker. “But our coaches have stressed acceleration speed for the sprinters, so that’s getting better.

“It was hard when the season was cancelled last year, but I’m very happy we will have a season this year.”