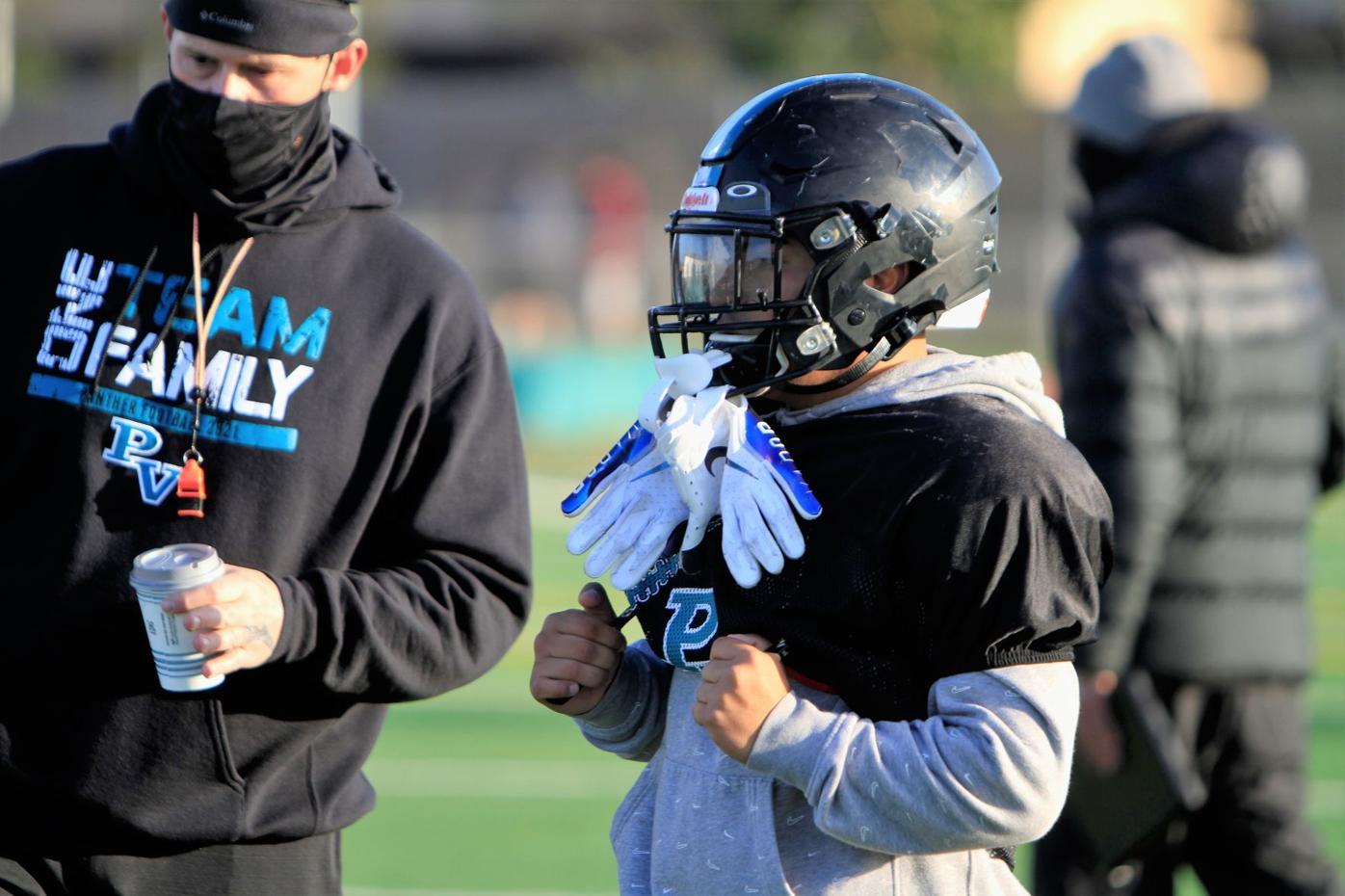 Pioneer Valley senior Tommy Nunez and the Panthers are slated to host Mission Prep Wednesday in their season-opening game. 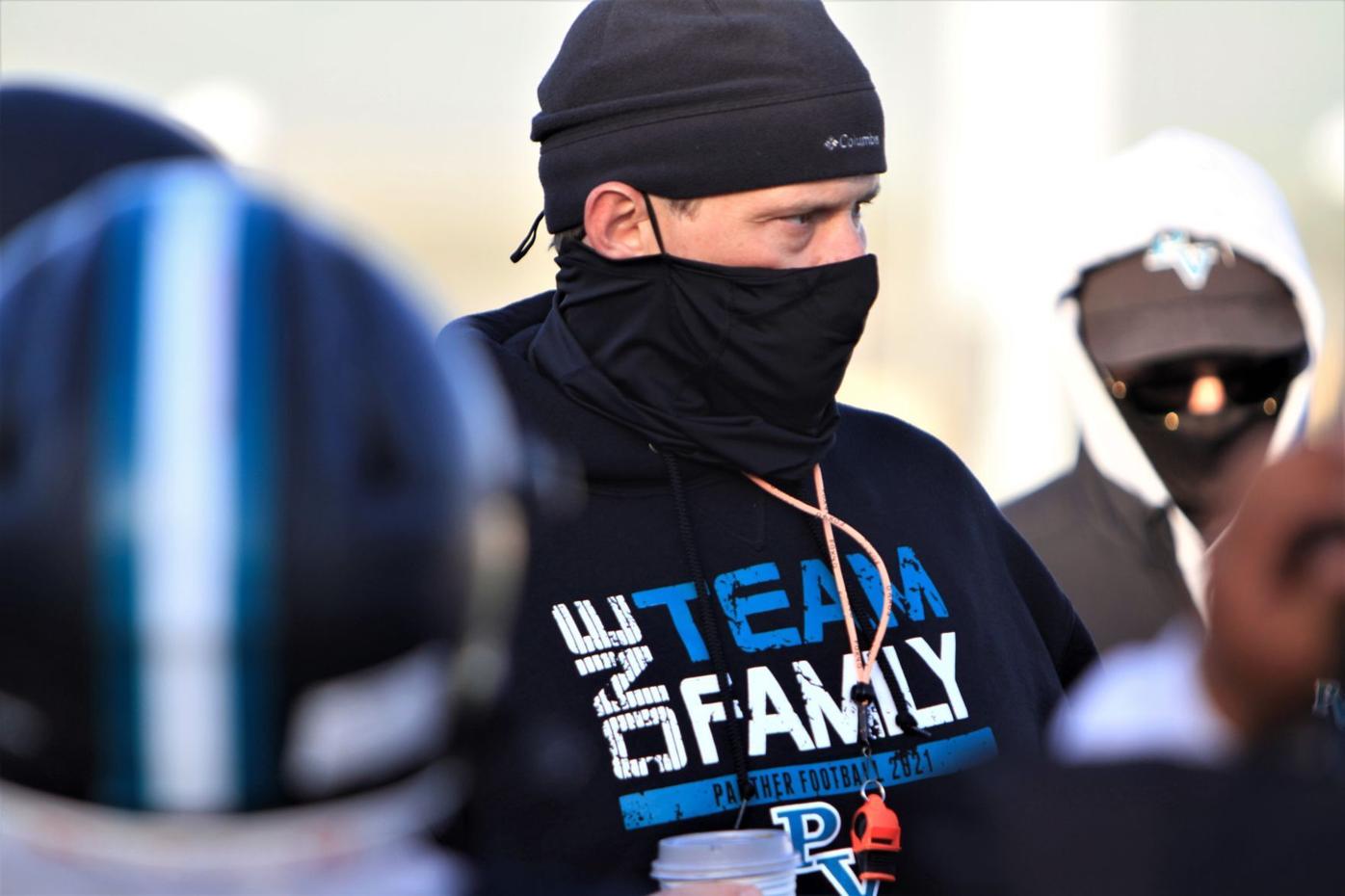 Pioneer Valley coach John Beck and the Panthers are slated to host Mission Prep Wednesday in their season-opening game.

Pioneer Valley senior Tommy Nunez and the Panthers are slated to host Mission Prep Wednesday in their season-opening game.

Pioneer Valley coach John Beck and the Panthers are slated to host Mission Prep Wednesday in their season-opening game.

Pioneer Valley was scheduled to open its football season on March 19 with a game against Atascadero. But that game was ultimately postponed due to COVID-19 cases within the Panther program, forcing the team into quarantine.

The Panthers are currently scheduled to play four games this spring. After Wednesday's game, they have Nipomo on the schedule for a Saturday, April 10 game at 3 p.m. Then there's an April 16 game at Santa Maria and a game against Atascadero on April 23. The Panthers could schedule another game for April 30 if an opponent becomes available.

Player of the Week: Ast, Dickerson, Langley and Coles among those vying for award

Pioneer Valley will have its hands full against Mission Prep, even if the Royals are coming off a game just a few days ago. Mission Prep is 2-0 and beat Atascadero 56-6 on Friday after beating Nipomo 24-10 to start the season on March 20.

The Panthers went 1-9 in John Beck's first season in Santa Maria, their lone win a 32-7 victory against Cabrillo.

Beck says a big focus of his this spring has been keeping his players healthy, a task certainly complicated by the team going into quarantine.

"You have to have a balance," Beck says of preparing for this unique spring season. "You don't want to condition so hard and then get into so much hitting, especially after what we saw in college and the NFL with so many injuries. We're trying to balance that, we don't want injuries but we are pushing to get back out there where we aren't blindsided by the physicality."

Back for Pioneer Valley is senior Tommy Nunez, who was solid as a junior in 2019. He led the team with 870 yards rushing on 159 carries.

"Tommy is kind of the heartbeat of the team," Beck said during a pre-season practice earlier this month.

Adan Rubalcava can play all over the field, Beck said, and Angel Vargas is set to start at quarterback.

Vargas, undersized at 5-8, 150 pounds, completed 11-of-22 passes last year for 82 yards. Beck said Vargas got the nod to start against Nipomo in 2019 but suffered an injury to a knee ligament in that game and didn't play the rest of the season.

The Panthers lose quarterback Danny Martinez and receiver Christian Morin from the offensive skill positions due to graduation.

Oskar Ruiz and Isaac Gonzalez were the top two tacklers in 2019 and are gone to graduation, as is Joe Arriola, who had two interceptions last year. Sacks leader Alejandro Zepeda is also gone.

Beck and the Panthers are hoping to see Gavin Gomez flourish this spring. Gomez, a defensive end, was solid as a junior last year with 25 tackles and two sacks. Gomez was a bit banged up ahead of the season, dealing with a hip issue, but should be good to go this week.

"We're just happy to be back out here to have some type of senior season," Gomez said. "I think we're going to be real strong on defense. We'll have some good balance with the offense, but I think defense is going to be strong for us."

Gomez said freshman Richard Cardenas is one of the up-and-coming players for the Panthers.

"He's not afraid of contact, that's for sure," Gomez said.

Beck said he's had about 35-37 players for the spring season, with some players participating in multiple sports at the same time.

"That's not a bad thing, we just want the kids to have some fun this year," Beck said. "I'm not going to get too crazy and take it too seriously. We want to them to get better and have some fun."

The Knights blanked their Foster Road rival in a Mountain League match.

The Knights stayed unbeaten in Ocean League duals with a win over the Titans as Macie Taylor earned medalist honors with a score of 44.

Alexa Burdick was the top scorer for Nipomo with a 45. The other scoring golfers for the Titans were Sophia Furness (50), Leah Correale (60), Grace Knight (62) and Gracie Hendricks (72).

Cheyenne Cordova's RBI single lifted the Braves over the Knights in the bottom of the seventh inning Tuesday.

Cordova drove home Rita Hernandez for the game-winning run. Lompoc is now 3-0 on the season.

Junior Paola Diaz knocked in three goals as the Saints moved to 3-0 in the Ocean League by beating their crosstown rival.