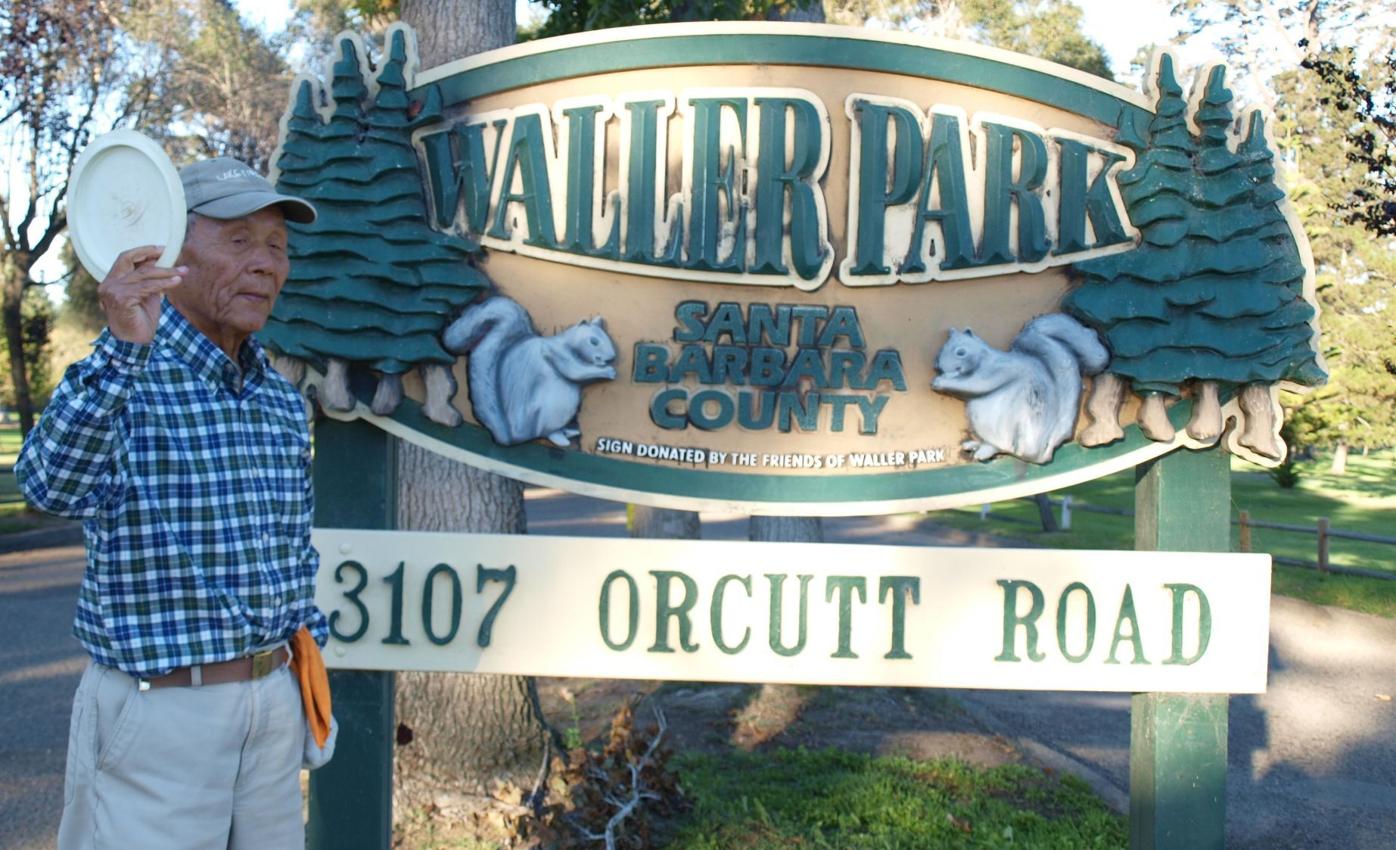 Donald Shinn is still competing in disc golf at 101 years old. He is the oldest person to compete in a Professional Disc Golf Association event. 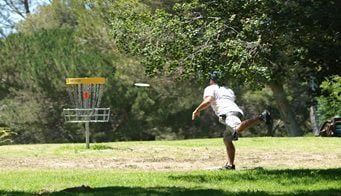 The Santa Maria Open was held at Waller Park this weekend.

Donald Shinn is still competing in disc golf at 101 years old. He is the oldest person to compete in a Professional Disc Golf Association event.

The Santa Maria Open was held at Waller Park this weekend.

The 'Friends of Waller Park' community group helped organize the Santa Maria Open which was completed this weekend.

The tournament's professional division wrapped up competition Sunday after the amateur divisions played their rounds at the course last month. The amateur weekend played host to over 130 players and the professional weekend saw 130 more, per local disc golfer Newton Hemphill.

Clint Calvin of San Diego won the professional open division with a score of 142 over two rounds, good for 22-under par. Calvin took home $1,047 in prize money with his win. Chris Shotwell of Upland was second at 17-under and earned $789 in prize money. Jake Froehle was third at 13-under to earn $605.

Gabe Cota won the Pro Masters 40-plus division with a score of 9-under. Sean Troeger, of Santa Maria, was second at 5-under to earn $474 in prizes. Jarrett Bussacco, of Arroyo Grande, finished in a tie for fourth place.

Jeff Frost won the Pro Masters 50-plus division at 3-under and Roger Cansler was second at even par. Doug Werner of Fremont won the 60-plus division with a score of 5-over to earn $247 in prizes.

The amateur competition wrapped up July 18.

Jeffrey McCormick, of Clovis, won the advanced division at 15-under par. Jason Boyer, of Bakersfield, was second at 13-under and Lompoc's Sean Urtiaga was the top local finisher as he tied with Anthony Dorado, from Garden Grove, for third at 11-under.

Santa Maria's Parker Evenson and Richard Easton, both at 3-under, finished in a tie for 13th place.

Nipomo's Chris Litvinchuk selected as All-Area Coach of the Year

"If you were present to view the activities or were there as a player, you certainly witnessed some outstanding throws by the groups working their way around the 27-hole layout stretching all through the park," Hemphill said in an email to the Times. "If you were in the area and heard some loud cheering, it might have been from one of the three aces accomplished on the Pro weekend."

Hemphill said tournament directors Urtiaga and Justin Lieberman, along with a host of locals supporting them, "set up a fantastic venue to ensure the course was challenging and fair for players both weekends. Coordination with park personnel ensured the grass was cut, trees were trimmed where needed and that families visiting the area would be safe. On top of these efforts, we were blessed with near perfect weather both weeks of tournament play."

Some of the safety measures taken included sending out players in small groups with designated tee times and no large-group activities were allowed after the event. Scoring was accomplished using online applications and awards were presented through script payout or an online service.

The sport of disc golf has been growing for a number of years, Hemphill noted. As national acknowledgment, Aug. 7th has been designated as "National Disc Golf Day”.

Girls basketball: See who made our All-Area Team

"With the pandemic affecting our lives so deeply and keeping us focused on doing things in smaller groups and keeping to outdoor sport activities, it’s no wonder the sport of disc golf has grown so much over this last two-year period," Hemphill said. "Manufacturers and supply chains have been cleaned out for inventory and then restocked as the surge of interest in the sport is at an all-time high. More and more are taking an interest in disc golf and other sports activities.

"As newcomers are welcomed into the sport, the parks and local economies will continue to be stimulated. Everyone is encouraged to be safe and smart about things and to welcome this form of exercise by playing catch with others or playing disc golf at your local park."