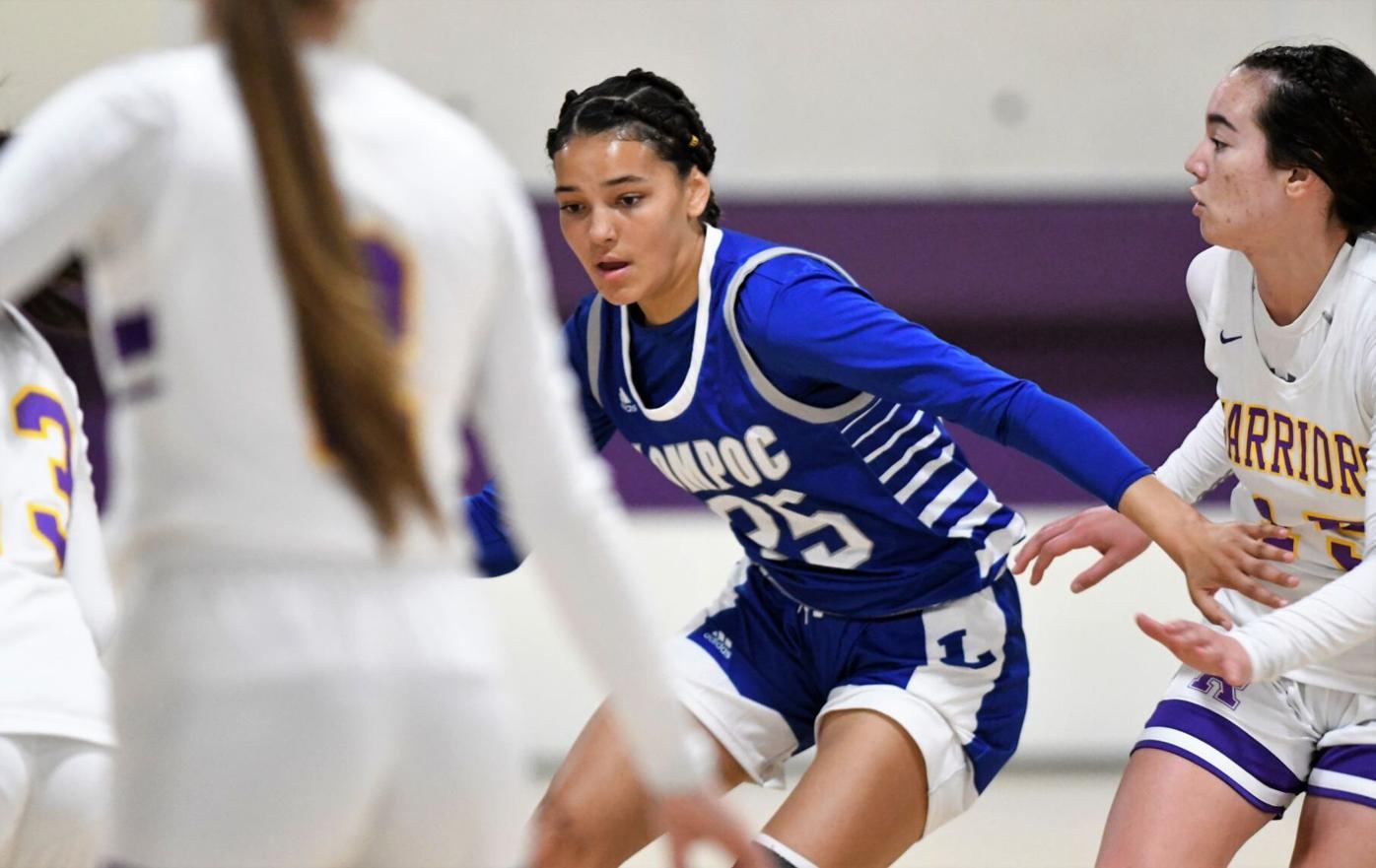 Lompoc freshman Mikayla Figuero handles the ball during the game against Righetti. 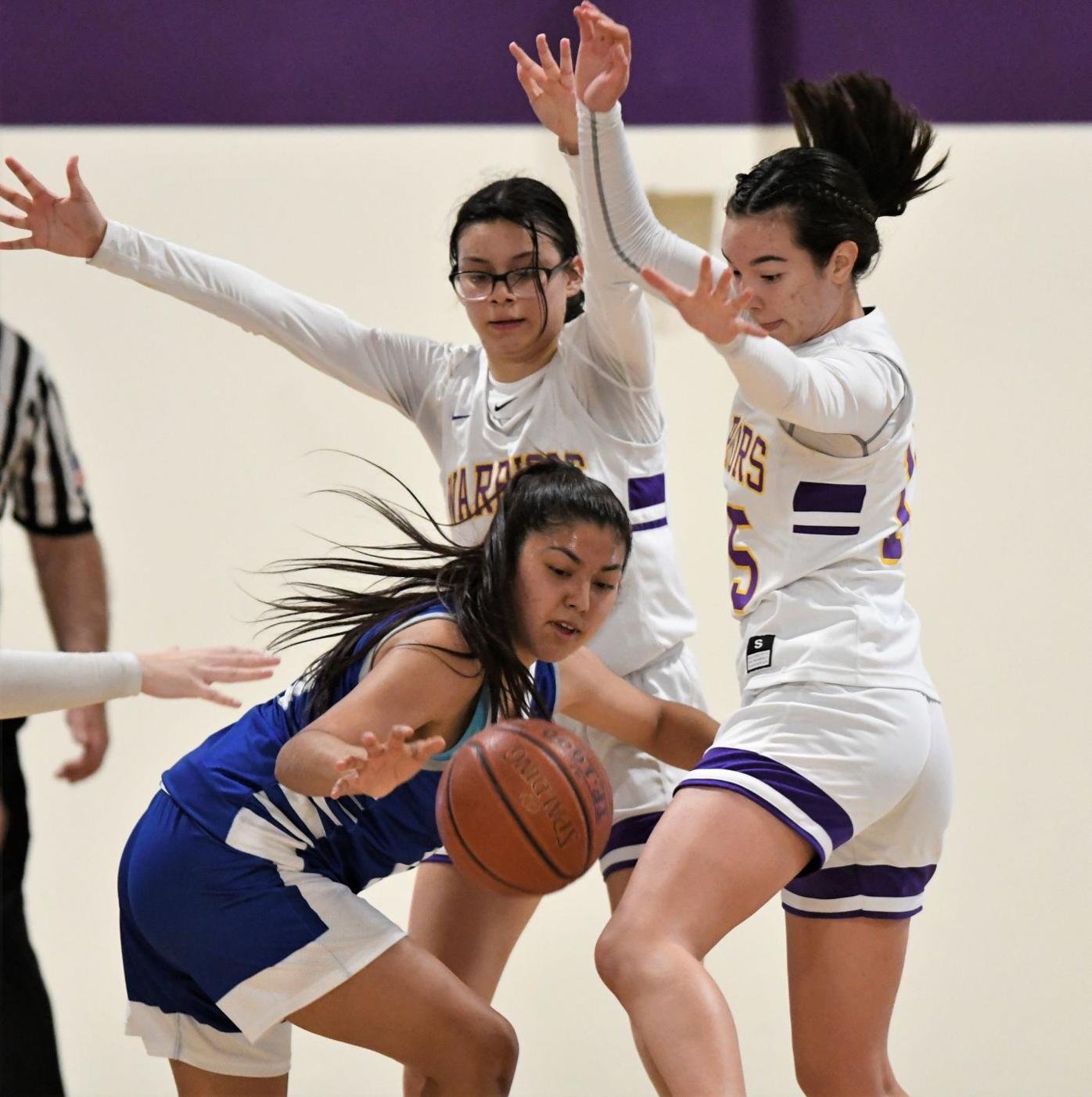 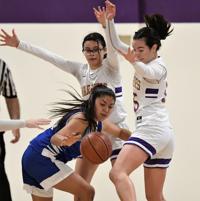 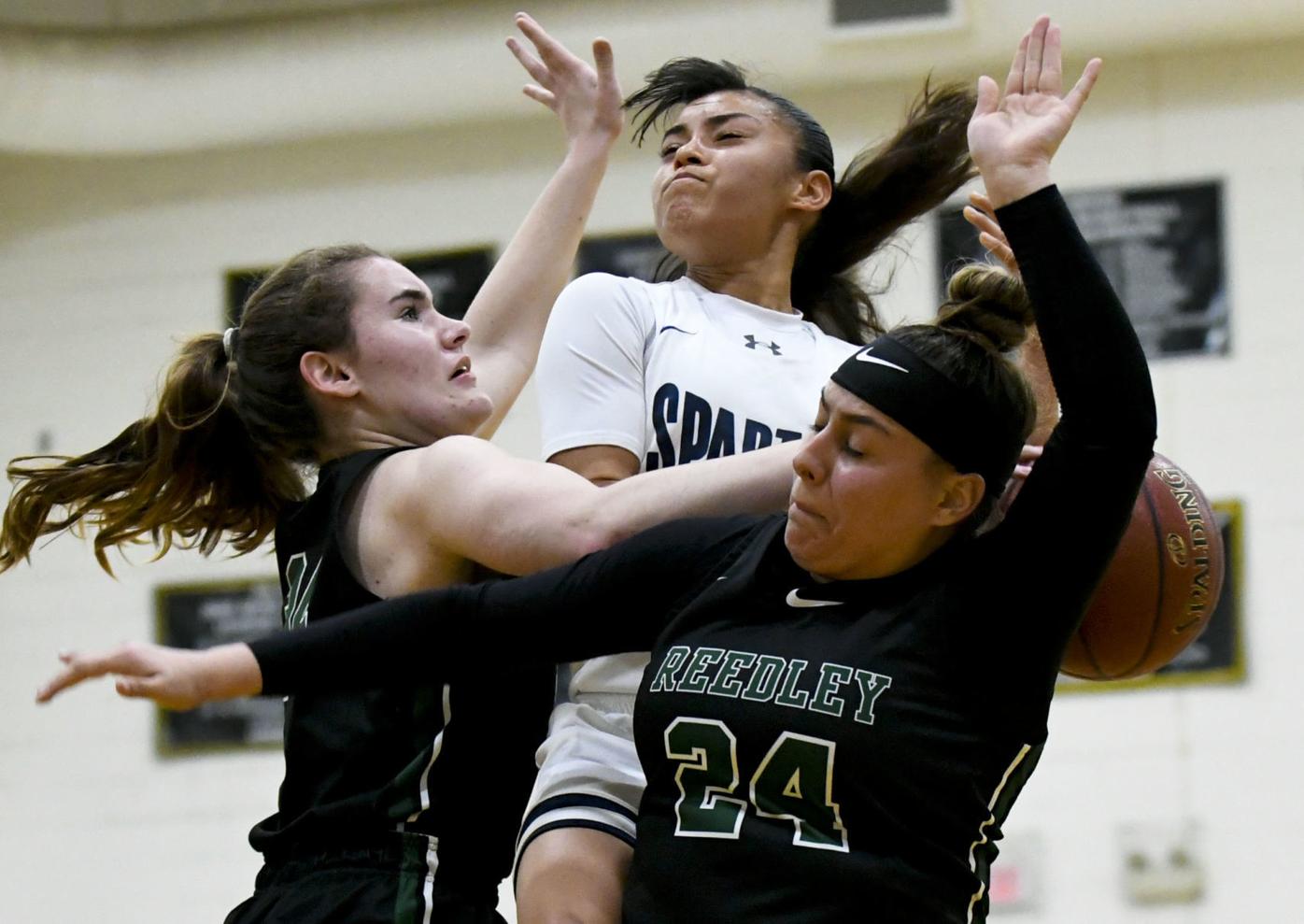 Orcutt Academy's Giselle Calderon, seen in a playoff game against Reedley last year, scored 27 points as the Spartans started their 2021 season with a 60-52 win over Nipomo.

Lompoc freshman Mikayla Figuero handles the ball during the game against Righetti.

Orcutt Academy's Giselle Calderon, seen in a playoff game against Reedley last year, scored 27 points as the Spartans started their 2021 season with a 60-52 win over Nipomo.

With Mission Prep unable to play Thursday, Lompoc filled in to face Righetti in a girls basketball game Thursday.

The defending Mountain League champion rolled in its opener, which was a non-league home game against the Braves. Righetti won 60-22.

The Warriors were initially scheduled to play Mission Prep Thursday and Friday in Mountain League games, but the Royals had to postpone due to coronavirus concerns.

Alex Paquet led the Warriors with 15 points as senior Paityn Persson and freshman Bree Luna each had 11 points.

The Braves were scheduled to open up their Channel League against Santa Ynez on Tuesday. They have San Marcos on the schedule for Thursday at home.

Cabrillo's girls were scheduled to host San Marcos Tuesday and then host Dos Pueblos on Thursday.

Junior Giselle Calderon, the reigning All-Area Defensive Player of the Year and Ocean League MVP, got off to a noteworthy start for the Spartans, recording 27 points and hitting five 3-pointers in Orcutt Academy's win at Nipomo.

Chyanna Tell added 15 points, knocking down a pair of 3-pointers in the process.

Santa Maria was dominant in its season opener, routing the Greyhounds at home in an Ocean League game.

Santa Maria plays its second game in as many days at Atascadero on Friday.

Senior Rolando Pina had a huge 2021 debut as he recorded a double-double in the Saints' Ocean League win.

The Saints play at Atascadero Friday for another league game.

The Warriors were down three with about 30 seconds left, but twice couldn't grab a rebound off missed free throws as the Royals went up 59-54.

The Warriors made it 59-56 on a putback with 15 seconds left, but Josh Turner made two free throws to put the game away.