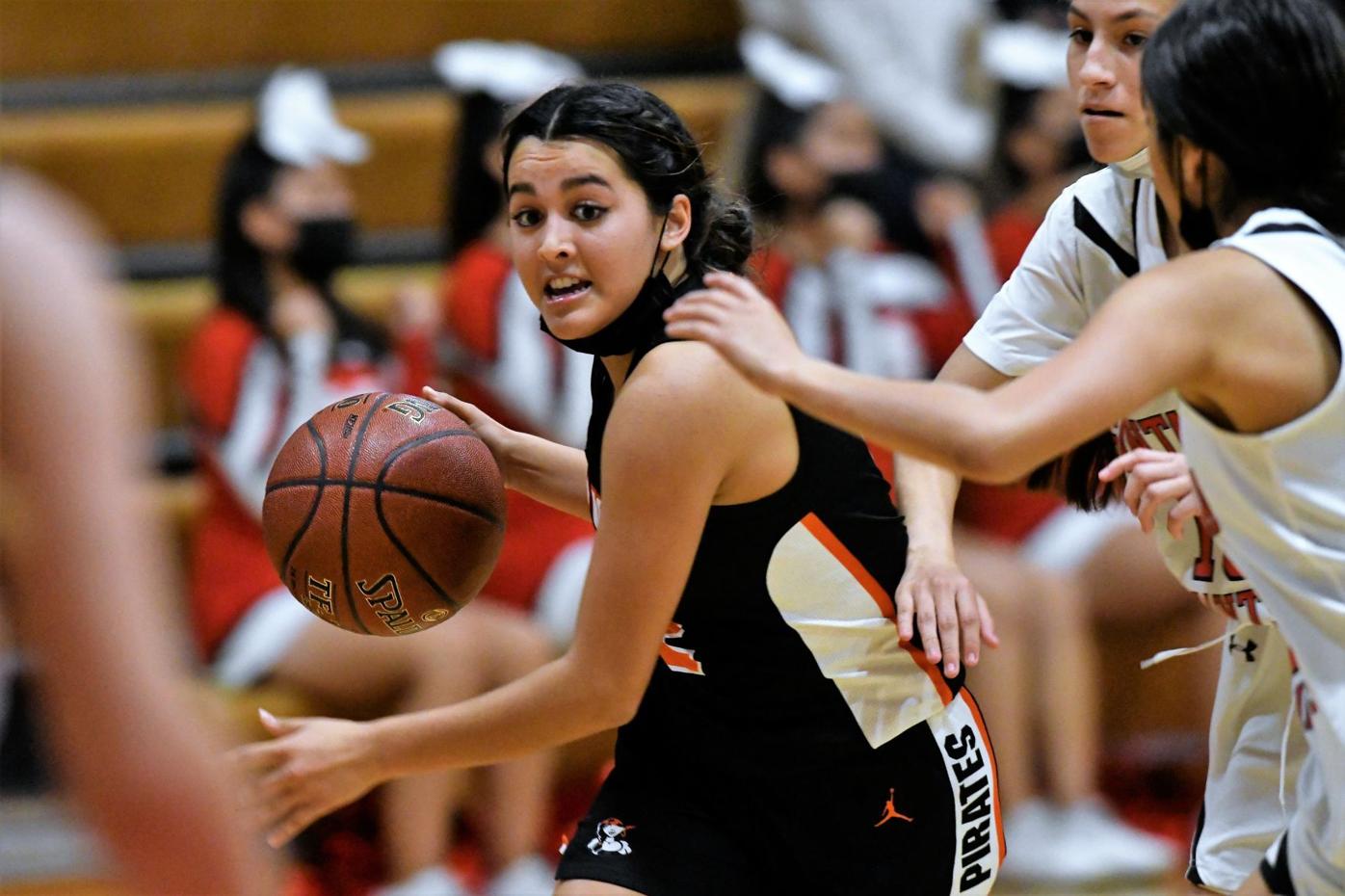 Santa Ynez' Nayeli Torres handles the ball during a 41-34 loss to Santa Maria. 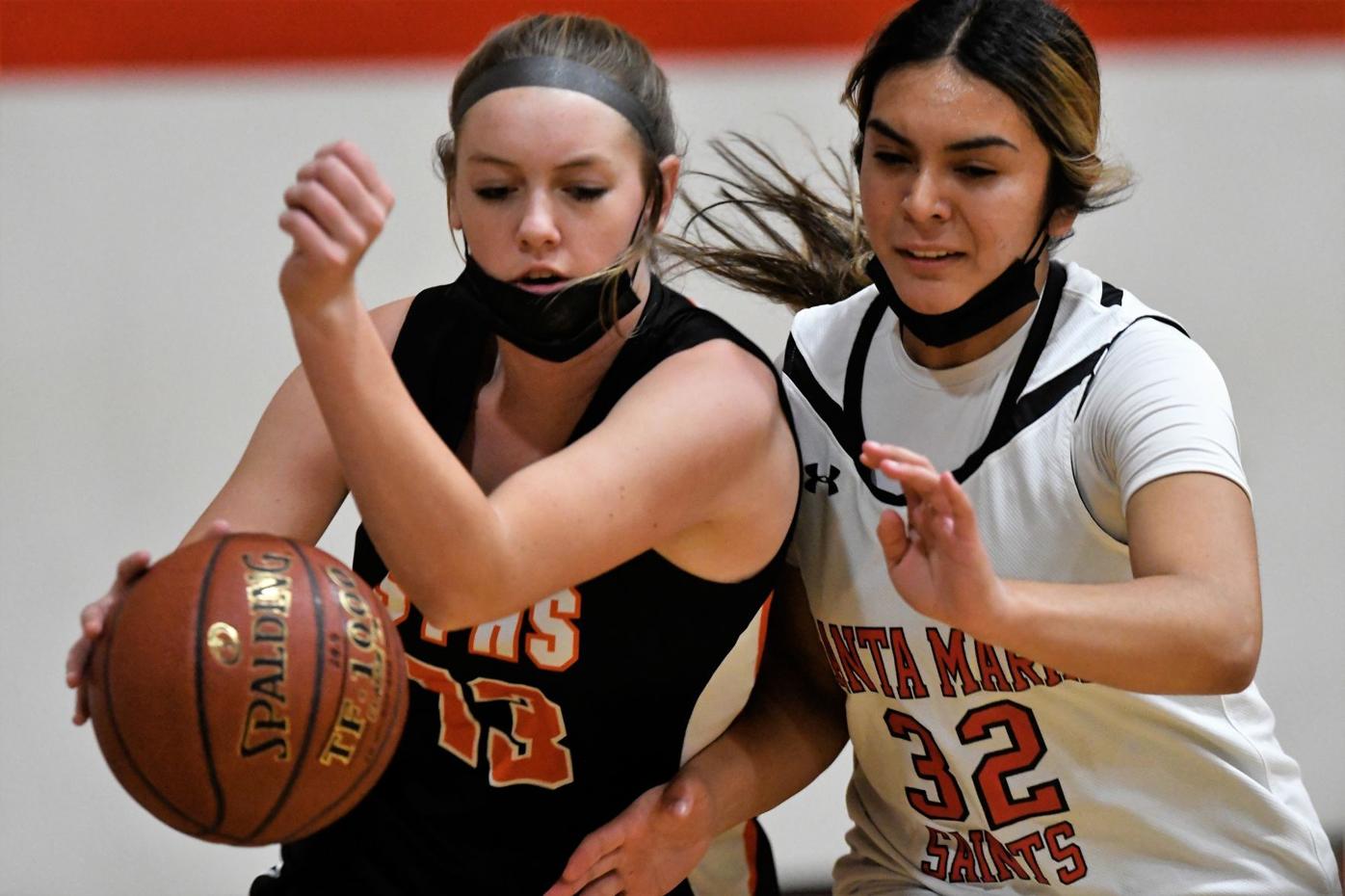 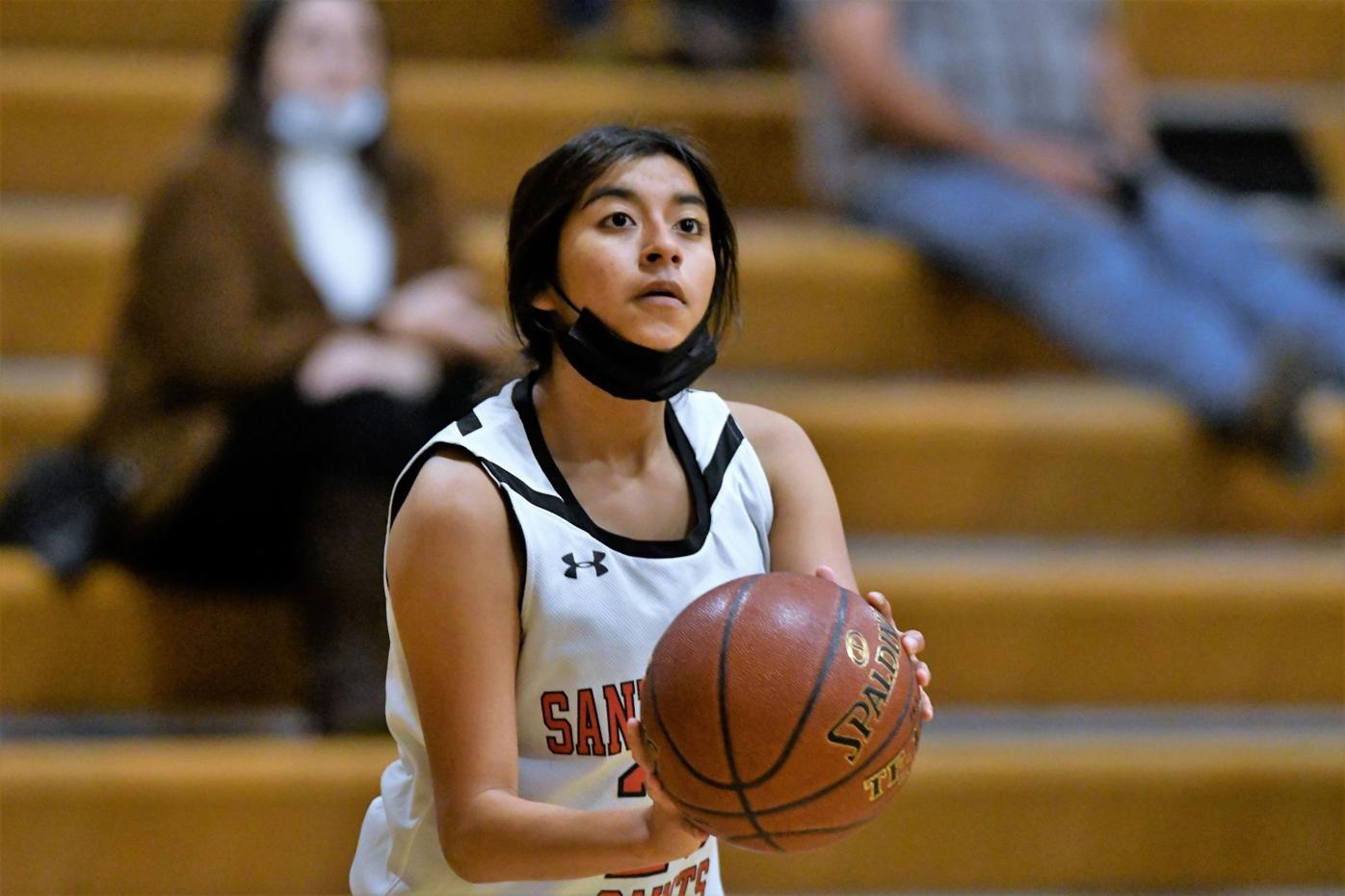 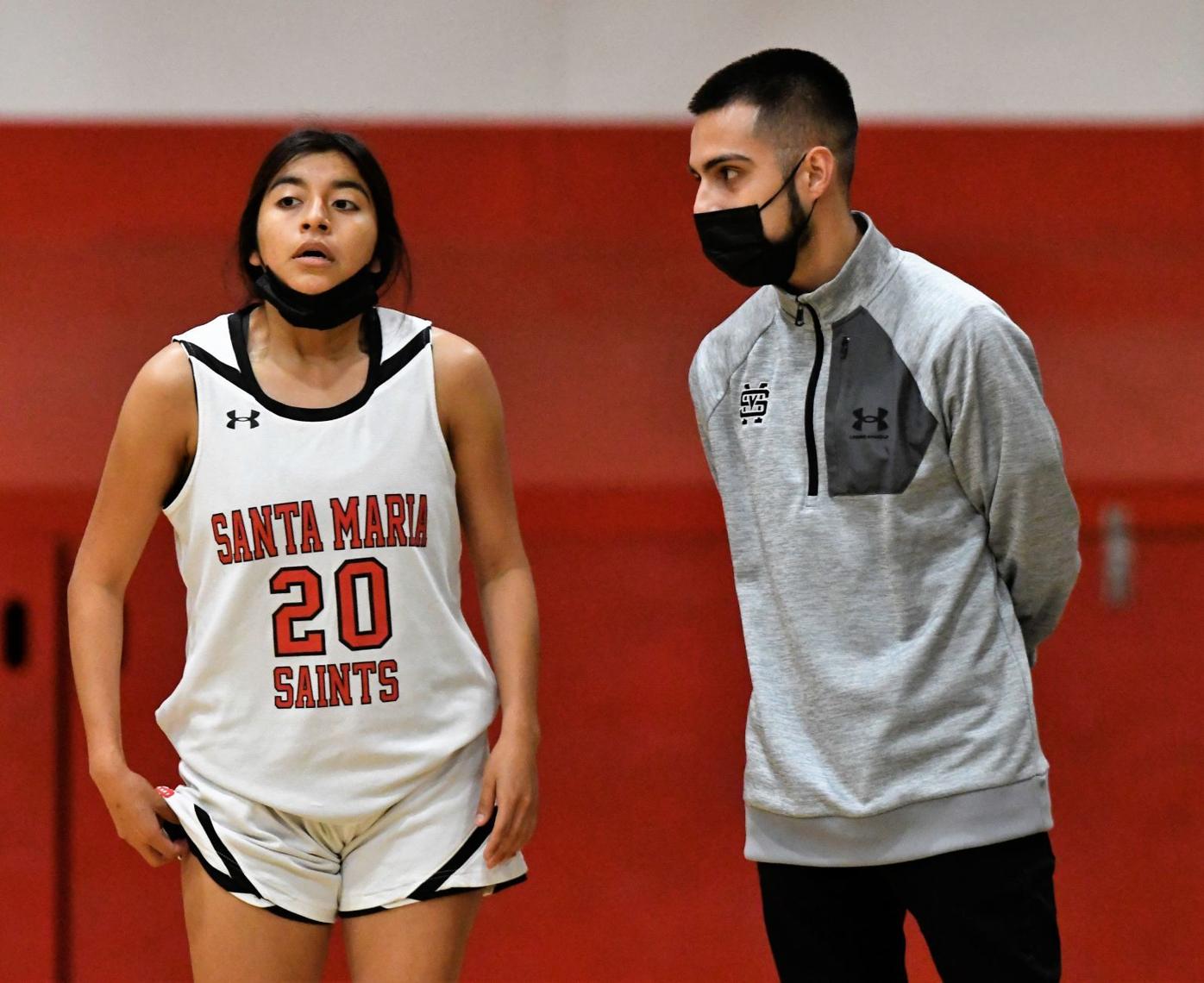 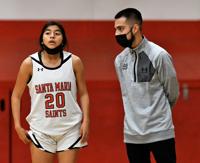 Santa Maria coach Erik Ramos talks to guard Luz Olea during a 41-34 win over Santa Ynez at the Saints' tournament.

Santa Ynez' Nayeli Torres handles the ball during a 41-34 loss to Santa Maria.

Santa Maria coach Erik Ramos talks to guard Luz Olea during a 41-34 win over Santa Ynez at the Saints' tournament.

Santa Maria's girls basketball team opened play in its annual tournament with a 41-34 win over Santa Ynez on Nov. 18.

They are off Friday before taking on Paso Robles at 12:30 p.m. on Saturday before pool play opens.

Saturday's slate starts with Lompoc-Arroyo Grande at 8 a.m., followed by Santa Ynez and Bishop Diego at 9:30 and Pioneer Valley and Foothill Tech at 11 a.m.

Santa Maria moved to 3-0 after the win over Santa Ynez. The Saints beat Coastal Christian and Valley Christian to start their season.

Luz Olea had 17 points to lead Santa Maria, which knocked down nine 3-pointers. Santa Maria used its quickness and press defense to overpower the much taller Pirates, who are 0-3 on the season. Sofia Regalado and Paula Rosales added six points apiece for the Saints.

Santa Ynez 6-foot senior Giszelle Hrehor led the Pirates with nine points. Halle Maniscalco had seven points and Jaydn Gardner had four. Maniscalco and Gardner each knocked down a 3-point shot for the Pirates.

Hrehor had 13 rebounds for Santa Ynez and Maniscalco added seven.

Santa Ynez was 0-3 on the season after the loss to Santa Maria.

Cierra Bailey and Lainey Mendoza led the Braves with 11 points each. Mallory Branum finished with nine points and 10 rebounds in a game at the SMHS tourney.

Righetti started its season with an OT win vs Madera High School at the tournament in Lemoore. The Warriors were led by JT Trigueros' 17 points, Yash Patel with 16 and Terry Butler with 15.

The Eagles soared past the Pirates on Nov. 17.

With a roster of 13 players for the match, due to seven starters not yet able to play due to club commitments until after Thanksgiving, the Pirates gained new experiences in different areas of the pitch, according to coach Rob Cantrell.

This gave the Eagles some opportunities that they capitalized on early, Cantrell said, with the first half ending 4-0 in favor of the Eagles.

In the second half, the Pirates settled in and created six scoring opportunities

"The ladies showed resilience and resolve as they evolved from individual play to team play as the game progressed," Cantrell said.