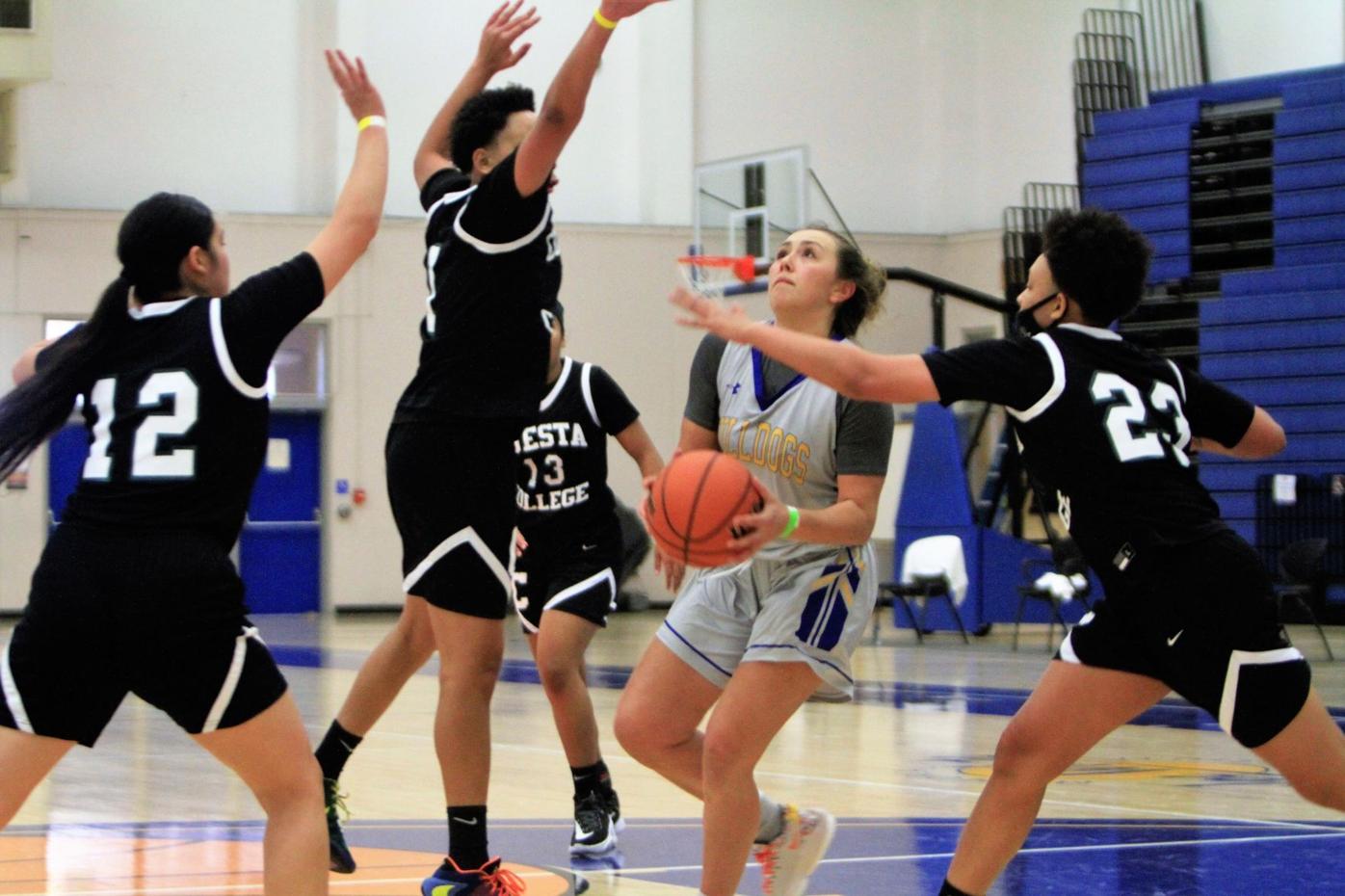 Hancock's Jewelia Maniss drives to the paint during Friday's game against Cuesta College. Hancock won 55-37 to start its season. 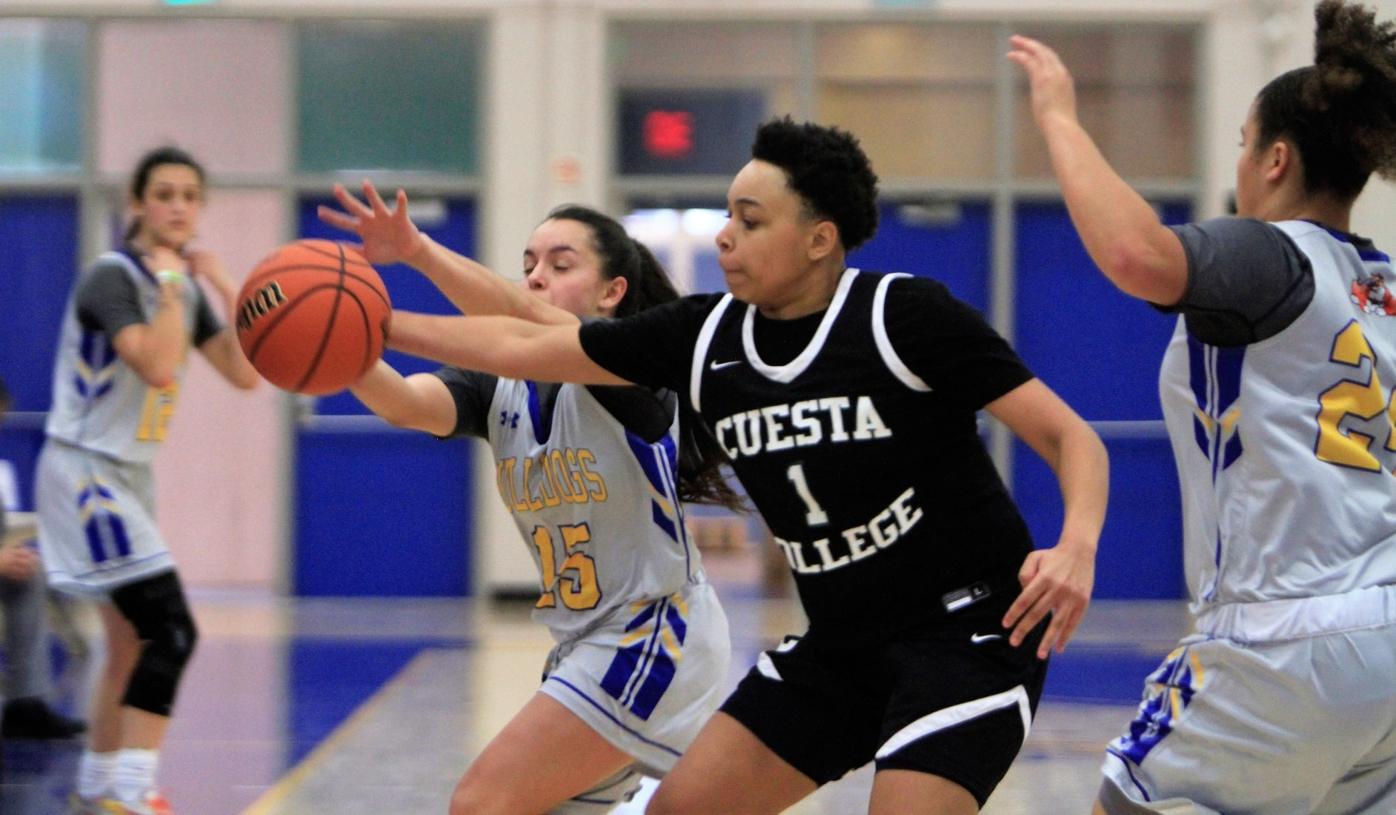 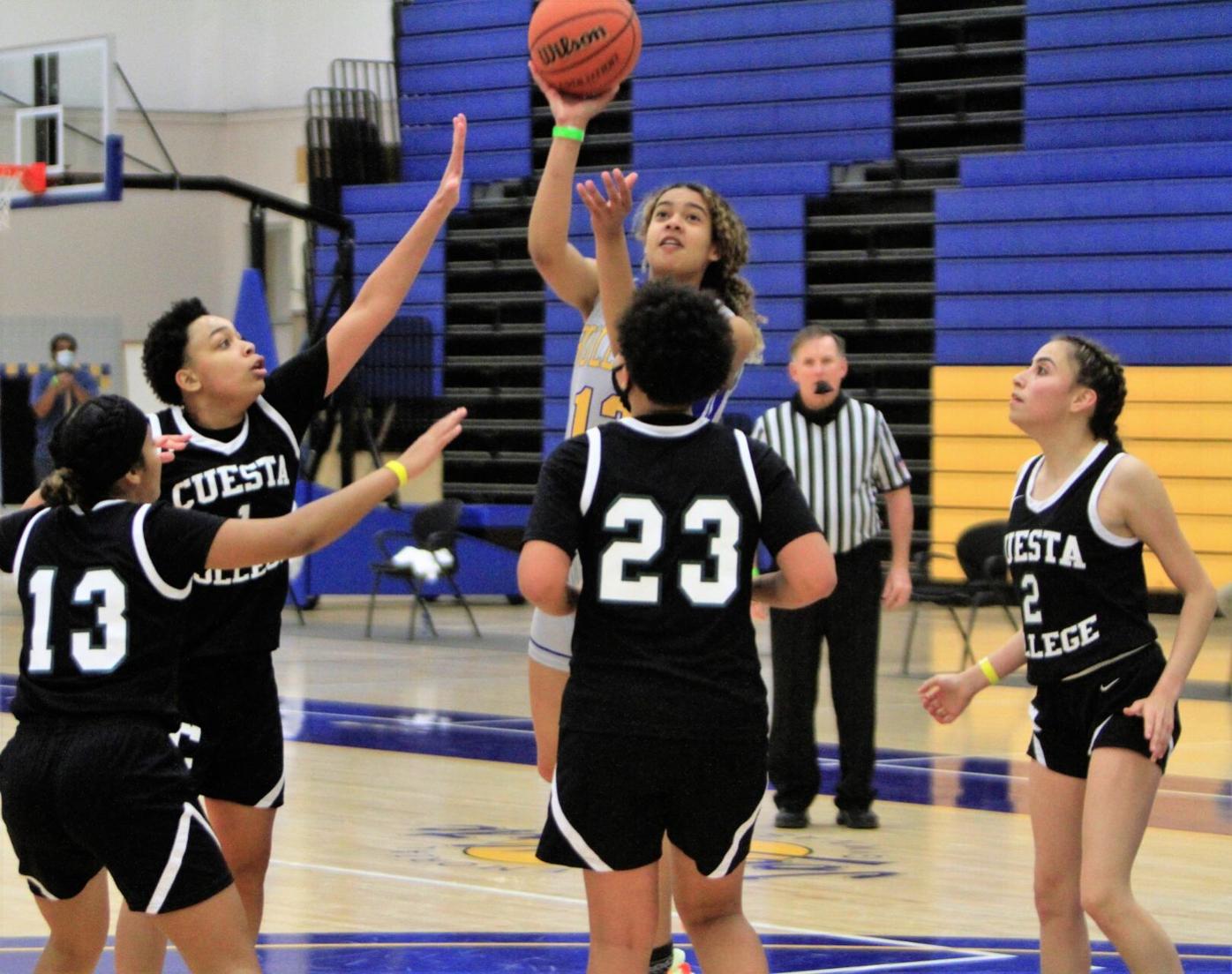 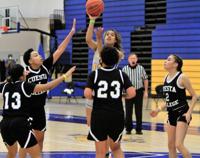 Hancock College freshman Kayla Taylor takes a shot in front of the Cuesta defense during Friday's game. In her first collegiate game, Taylor had 10 points, six rebounds and three steals.

Hancock's Jewelia Maniss drives to the paint during Friday's game against Cuesta College. Hancock won 55-37 to start its season.

Hancock College freshman Kayla Taylor takes a shot in front of the Cuesta defense during Friday's game. In her first collegiate game, Taylor had 10 points, six rebounds and three steals.

Competitive basketball made its return to the Santa Maria Valley Friday.

Hancock's season has been delayed and shortened. High school basketball has been out of commission in the state since last March. There's been college basketball games at Cal Poly and UC Santa Barbara since the winter.

Hancock basketball: Bulldogs have experience, with plenty of opportunity for players to step up

But, amid the coronavirus pandemic, there's been no competition in Southern San Luis Obispo County or Northern Santa Barbara County for nearly a year.

The Hancock women ended that drought Friday afternoon and did so emphatically, enforcing their will on Cuesta in a 55-37 win.

The game also marked the return of one particular player: Hancock sophomore Danielle Morgan, who missed all of the 2019-20 season with a torn labrum. She was dominant against a short-handed Cuesta team, which only had five players.

Morgan finished with 18 points and 15 rebounds. She also had three assists, two steals and a block.

"Oh God, it felt so great," Morgan said of being back on the floor. "I can't even put into words how great it is to be back on the court. It's been a year and a half and to be back with this group makes it even more special."

Cuesta relied on Derricka Milinghaus for nearly all its scoring. Millinghaus had 25 points. She accounted for eight of Cuesta's 13 made baskets and four of their five made 3-pointers.

Hancock women return with more experience and depth in 2021

"I think defensively we did better than I thought we would, since it's our first game," Nerelli said. "Offensively, we can be smoother. We took some shots that were ill-advised, but this is a first-game situation. The offense will get more efficient the deeper we get into the season."

Nerelli's team got to face Cuesta's zone defense which should help the Bulldogs the next time they face that in a live-game scenario.

Friday's game was played in an empty Joe White Memorial Gymnasium. No spectators will be allowed at Hancock athletic events amid the coronavirus pandemic for the "foreseeable future," Hancock athletic director Kim Ensing said this week.