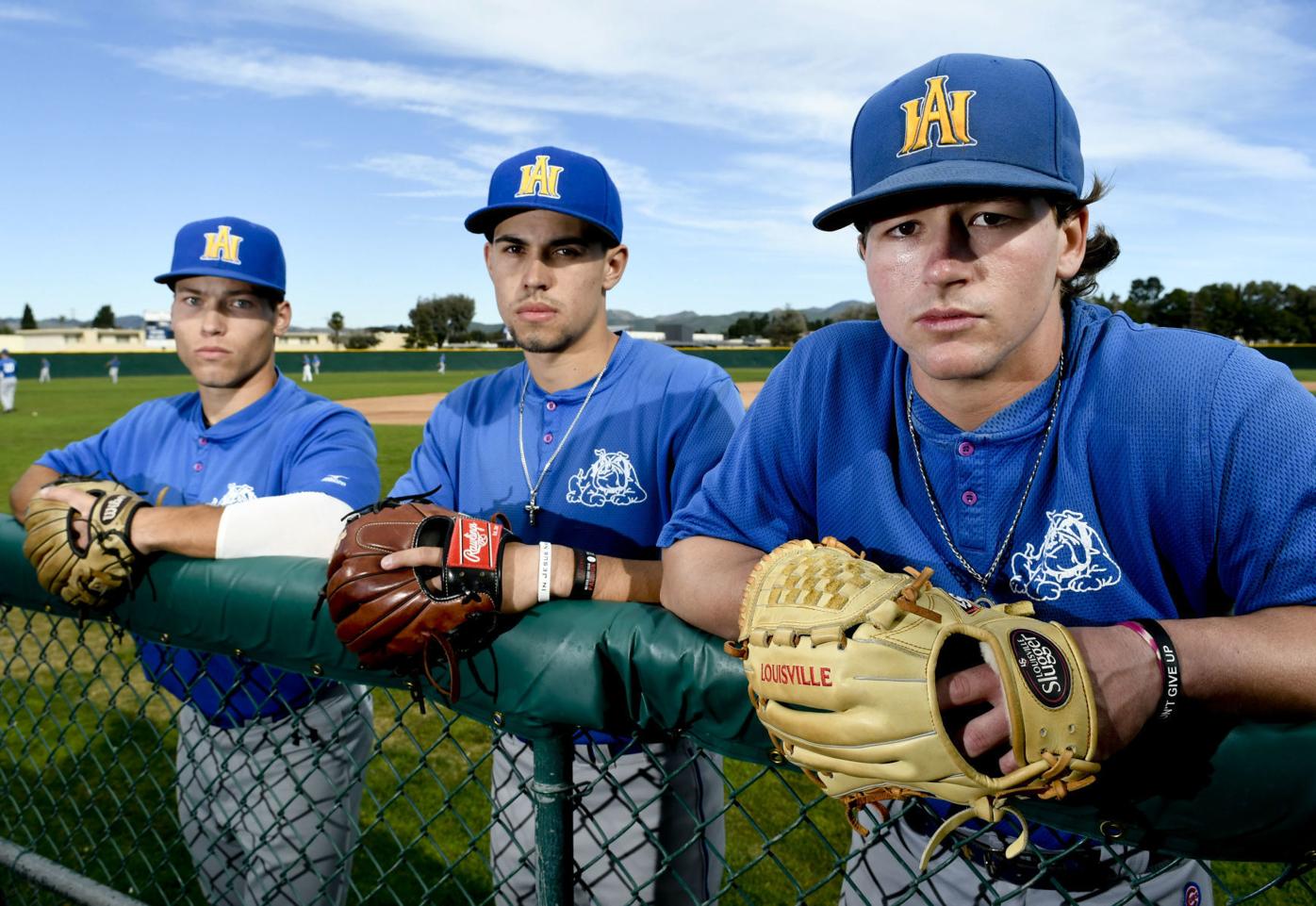 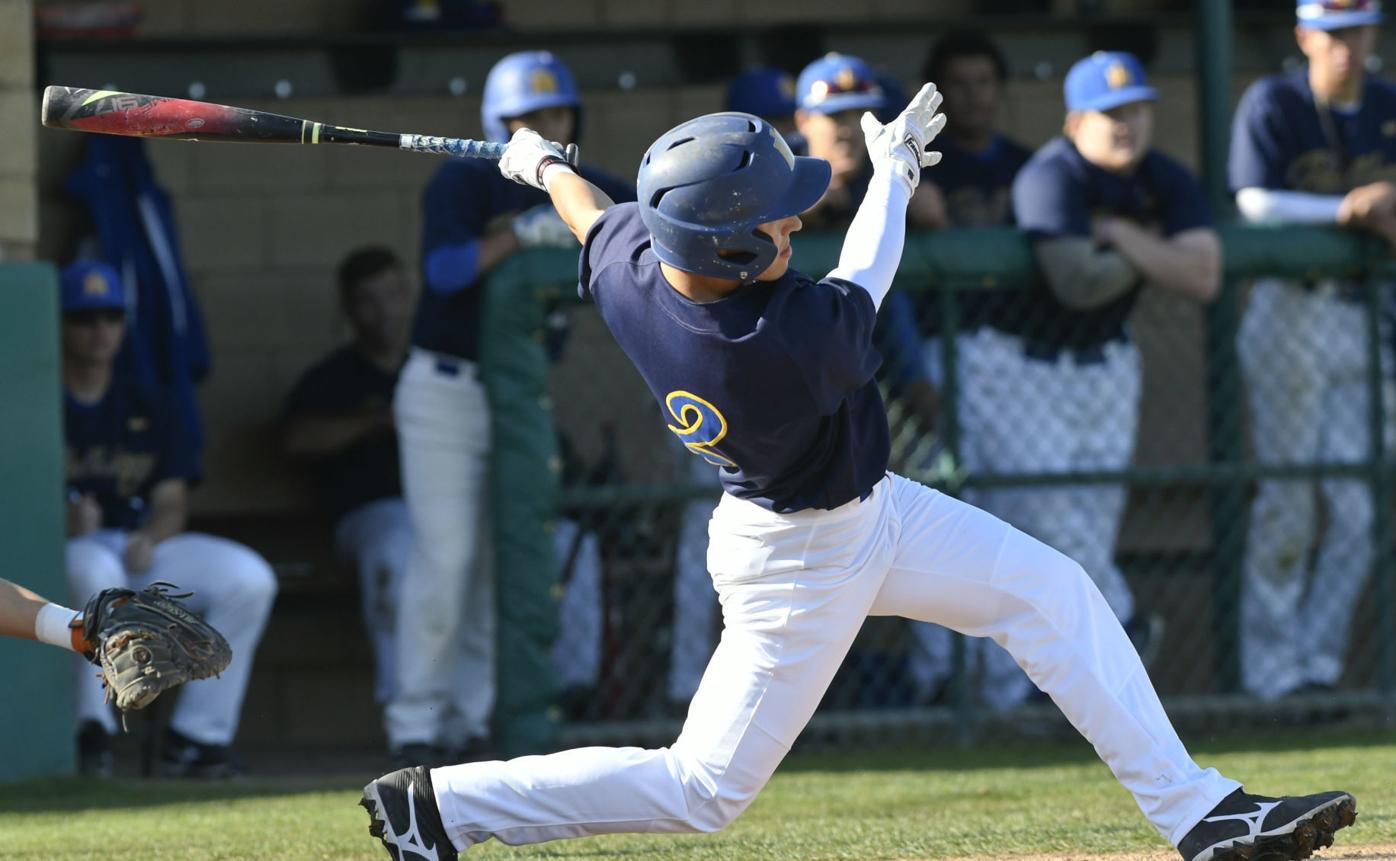 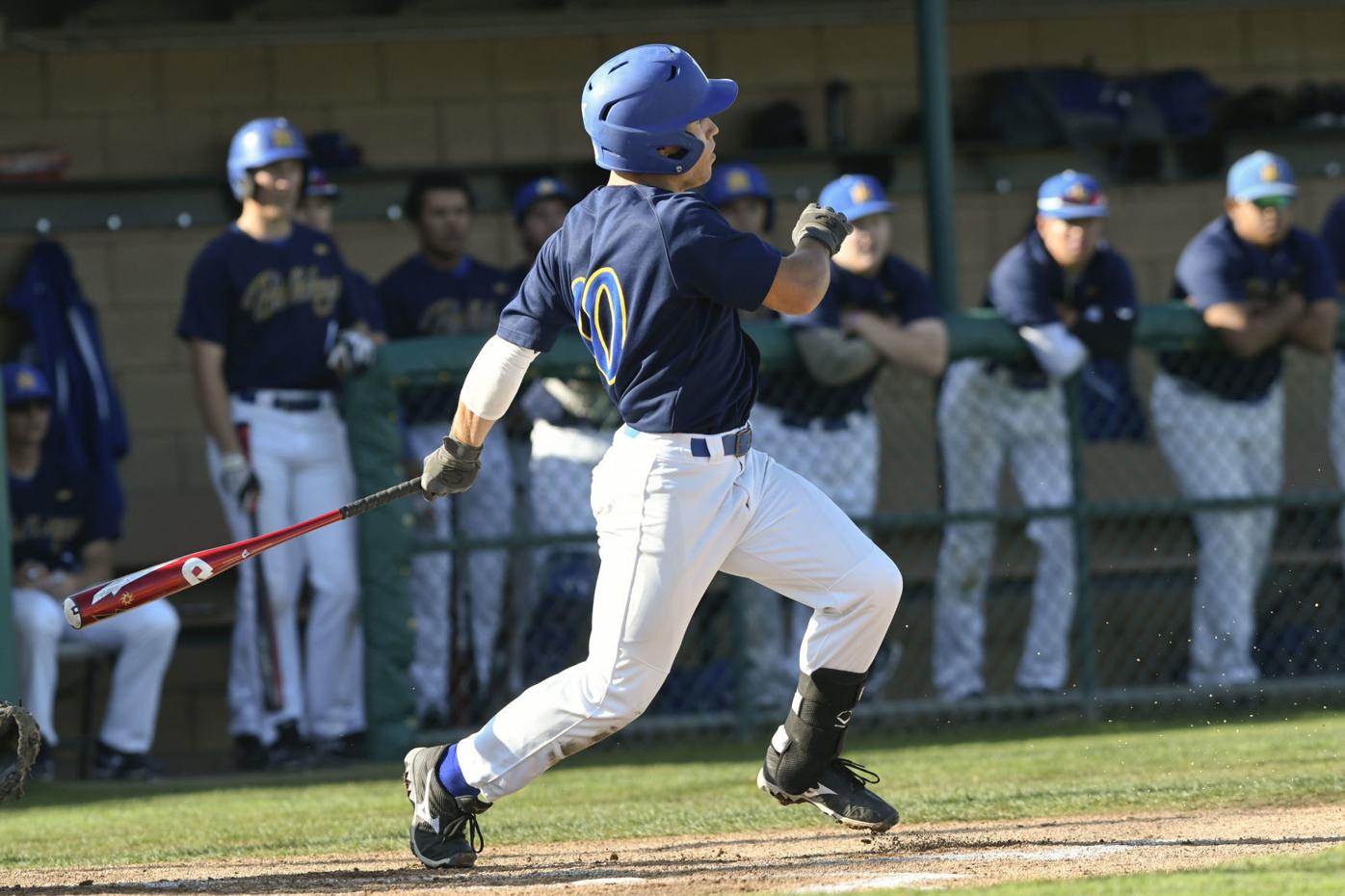 Hancock College's Travis Welker earned Western State Conference Player of the Year honors after hitting .369 with five doubles, one home run, 10 stolen bases, and 20 RBIs. He has since committed to playing for Fresno State.

Hancock College's Travis Welker earned Western State Conference Player of the Year honors after hitting .369 with five doubles, one home run, 10 stolen bases, and 20 RBIs. He has since committed to playing for Fresno State.

Hancock College may need an additional wing for all the hardware members of the Bulldog baseball team are picking up this spring.

After a dozen players earned All-Conference honors, five Bulldogs have earned All-State recognition this week as the student-athletes were named to the CCCBCA Southern California All-State team.

Freshman Jacob Ruley, from Bakersfield Stockdale, led the the list of award winners after being named as an All-State selection and a Pacific Association Gold Glove recipient for his work in the outfield. He boasted a perfect fielding percentage in the grass after recording 49 putouts and two assists on the season. Ruley also tallied 25 hits at the plate, including six doubles and two triples, and recorded 16 RBIs. He finished this season with a .385 batting average.

The other Bulldogs to earn All-State recognition are local players.

Santa Ynez grad Travis Welker was named the Western State Conference Player of the Year earlier this month and was named to the All-State team this week. Welker, a third-year sophomore, had a .369 batting average with five doubles, a homer, 10 steals and 20 RBIs.

Lompoc High grad Jeff Ray also earned First Team WSC and All-State honors. Ray had a .344 average with 27 RBIs and six doubles. He had a perfect fielding percentage on the season while playing second base and shortstop.

Welker had 64 assists and 41 putouts for a .963 fielding percentage. Ray had a hand in 10 double plays this season.

Cabrillo High grad Matthew Gonzales was named the WSC Pitcher of the Year earlier this month and was named to the All-State team as well.  Gonzales had three wins and one save while posting a 1.45 ERA through 37 1/3 nnings of work. He finished the 2021 campaign with 36 strikeouts and surrendered just six earned runs after facing 130 batters.

Gonzales threw the sixth no-hitter in program history this past season against Cuesta College.

Santa Maria High grad Trevor Garcia, who has signed to pitch at Fresno State, also earned All-State honors. Garcia went 5-1 with a 3.19 ERA in 36 2/3 innings, striking out 40 batters. He also hit .385 (10-for-26) while he wasn't pitching. Garcia threw 81 2/3 innings as a freshman at Hancock, compiling a 2.53 ERA and a 4-4 record. He struck out 65 batters that year. The 2020 spring season was cut short due to the pandemic so many of Hancock's top players returned for a third year with the Bulldogs, including Garcia, Welker and Ray.

Hancock ended the season with a No. 5 state ranking.

The All-Conference awards, including the superlative awards, were voted on by the conference coaches. AHC led the league with 12 All-Conference selections including five First Team, four Second Team and three Honorable Mention recipients.

Three Bulldogs were also tabbed as top defenders in the league after being named to the Gold Glove award list.

Hancock's head coach, Chris Stevens, was recognized by his peers as the Coach of the Year after directing the Bulldogs to a conference-best .813 win percentage. Stevens, who just wrapped up his 20th season at the helm of the program, also received the distinction in 2003.

Gonzales was tabbed as the Pitcher of the Year.

Welker was named the Player of the Year in his final season with the AHC squad.

Welker and Gonzales were joined on the First Team roster by Ray, Ruley and Garcia.

Ray, Welker and Ruley were also named to the list of Gold Glove award winners for the Western State Conference.

Hancock guard Nick Chapman, a Pioneer Valley High grad, signed with the University of Saint Mary in Kansas to continue his academic and athletic career next season.

Chapman played two seasons with the Bulldogs and redshirted one during his AHC tenure. During his freshman season, Chapman saw action in 26 games and posted a career-high of 20 points against Gavilan. Throughout his career with the Bulldogs, Chapman has averaged 5.3 points per game while shooting 35 percent from beyond the arc and sinking a total of 44 three-pointers. In high school, he was a three-time All-League player for the Panthers.

The University of St. Mary is located in Leavenworth, Kansas. The Spires compete at the NAIA level and are members of the Kansas Collegiate Athletic Conference. They went 1-10 during a coronavirus-impacted 2021 spring season.