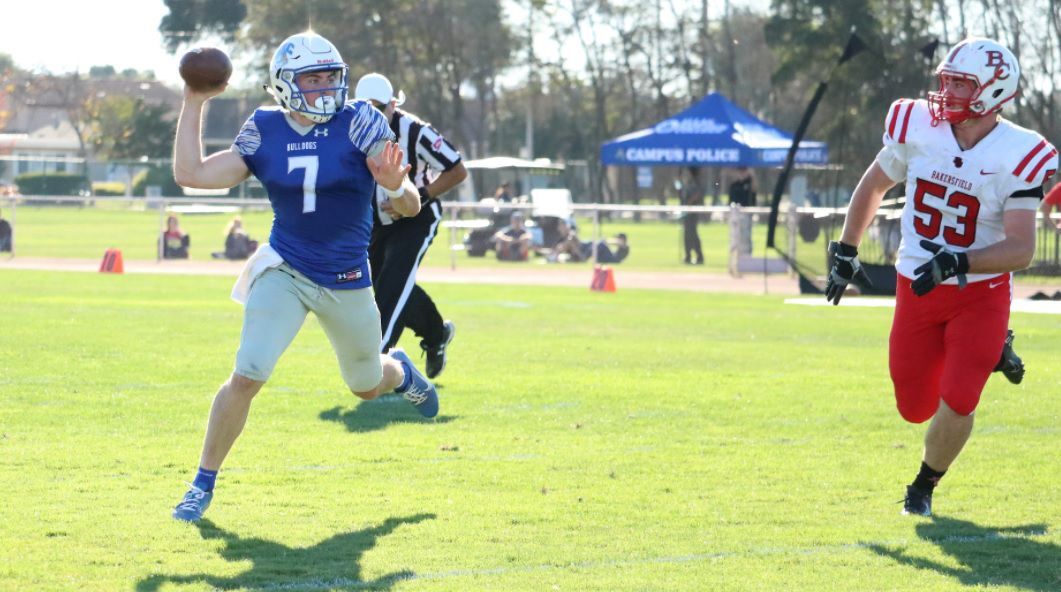 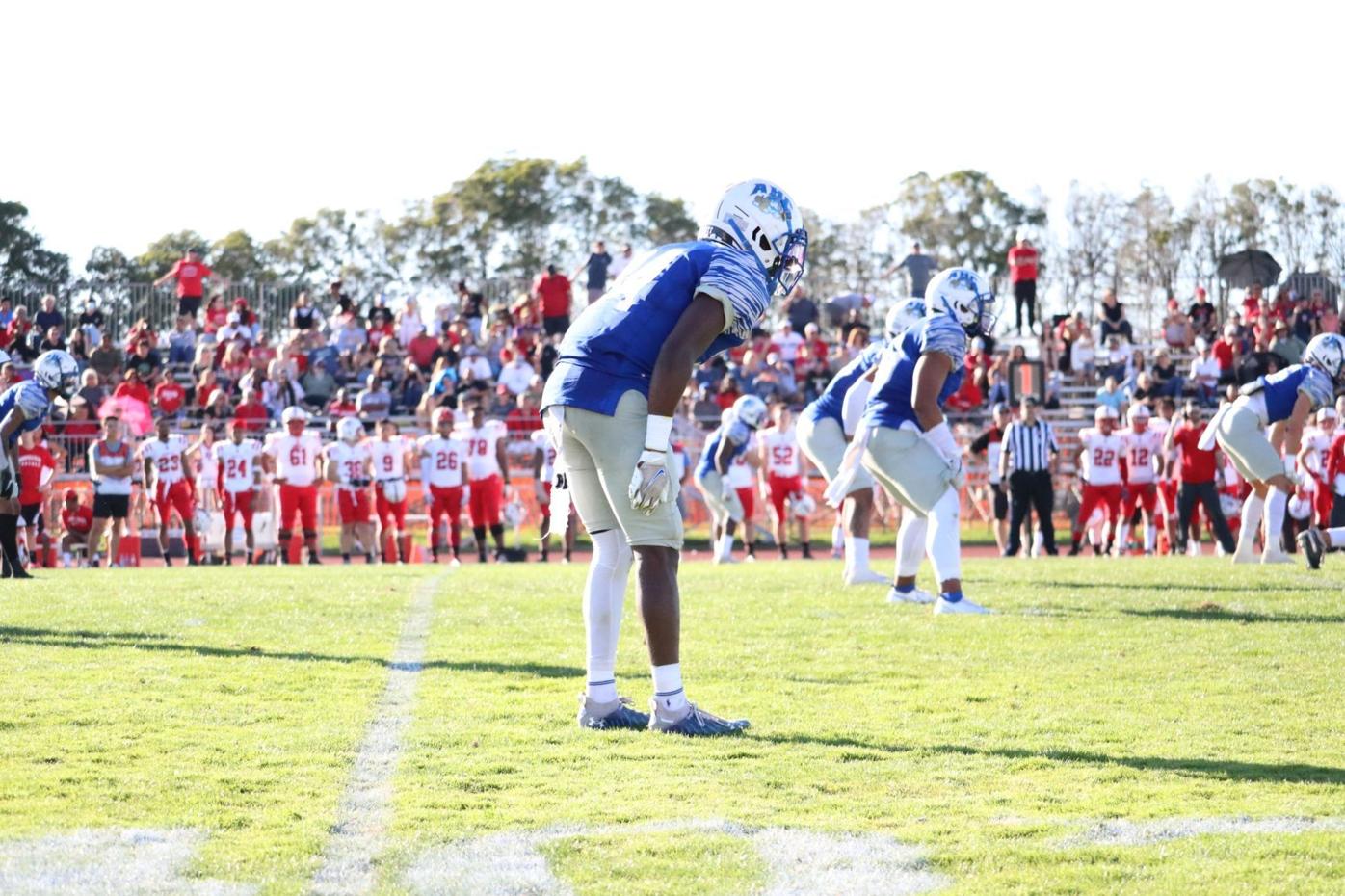 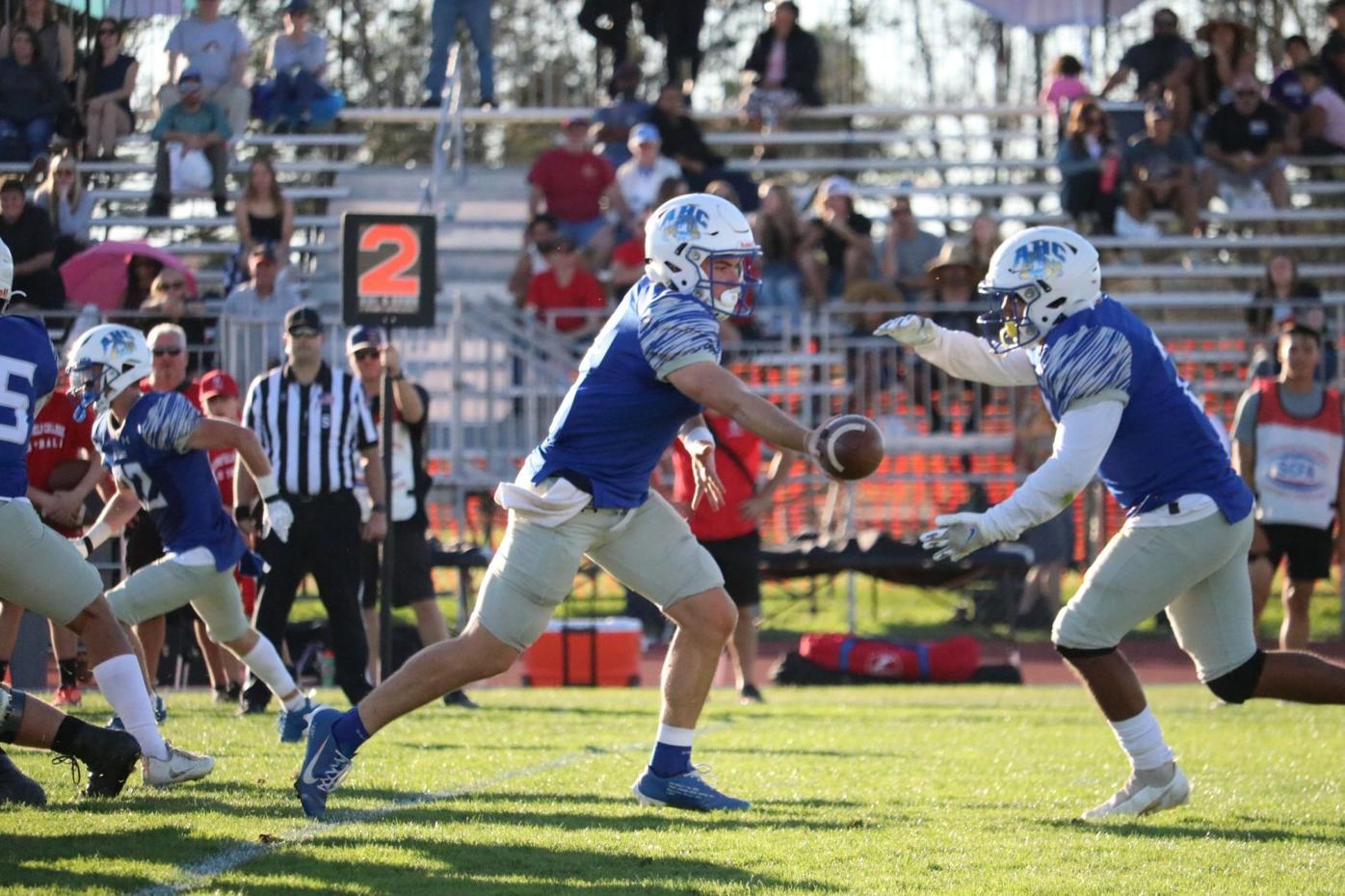 A conference win is a big deal.

A conference shutout win at home? That's an even bigger deal.

Hancock College's football team not only got a National Conference win on Saturday as the No. 15 Bulldogs closed out their home slate with a shutout against No. 22 Bakersfield College in a 13-0 decision.

The teams were scoreless in the first half before Hancock scored all 13 of the game's points in the third quarter as Colton Theaker hit two field goals and K'Hari Upshaw scored on a 44-yard fumble recovery.

See who made the All-Channel League team in girls volleyball

Santa Ynez grad Mike McCoy, who's been one of the team's top receiver for much of the season, filled in at quarterback and did well enough to help Hancock grab a win. McCoy completed 6 of 13 passes for 81 yards and rushed for 22 yards on three carries.

Avery Fondern, a sophomore from Righetti, got his first career interception while Ronald Fuselier and Jaquez McWilliams intercepted a pass apiece.

Hancock ran the ball 57 times for a net of 181 yards. The Bulldogs dominated the clock, holding the ball for nearly 36 minutes. Dior Kennedy led Hancock with 67 yards on 16 carries and Maurice Smith added 48 yards on 13 carries. BJ Jordan had 29 yards on nine carries.

The game was marred by penalties. Hancock was called for eight penalties that cost the Bulldogs 91 yards while the Renegades were flagged nine times for 111 yards.

Bakersfield turned the ball over five times. Hancock had one turnover which came on a fumble.

Hancock now is set to play at Long Beach City on Saturday. LBCC is 3-5 overall and 1-2 in the National Northern Conference. Ventura is 10-0 on the season and 5-0 n the conference. Hancock and Canyons were both tied at 2-2 in conference heading into the weekend's regular season finale.

Bakersfield is now 1-4 in conference and 2-8 overall.

Defensively, LJ Vongsy led Hancock with six tackles while Fuselier and John Sniffen tallied five apiece. Upshaw and Josiah Acosta both recovered fumbles. Sniffen and Acosta also were credited with one sack each while Vongsy and Justus Makaini combined for one sack.

Santa Ynez opened its season with tie against SLO.

The Pirates (0-0-1), missing five returning players due to club commitments until after Thanksgiving, took some time to get organized. The Tigers kept pressing until finally they broke through on a score in the 17th minute. That woke the Pirates up and it was their turn to turn up the pressure. After a flurry of back and forth of physical play, Santa Ynez' Rylee Fox scored on a 35-yard kick tying the game.

Not to be outdone, SLO would up the pressure again and would score two minutes into stoppage time to going into the half up 2-1.

In the second half, the Pirates changed their game plan and started to dictate possession and enforce their will. In the 76th minute, Emmy Withrow found Neta Ofiaeli in front of the goal to tie the game with two minutes left.

Madison Garrity led the way with a double-double for Santa Maria, scoring 13 points and grabbing 10 rebounds. Alyssa Reyes finished with 12 points and Yuridia Ramos added 10. The Saints are now 2-0 and will host Santa Ynez on Thursday in the opener of their tournament at 3 p.m.

The Pirates play at the Santa Maria tournament on Thursday at 3 p.m. against the host Saints.

The Pirates were able to draw six positive kickouts giving them man-up opportunities to score. Their leading scorer was Sydney Gills with nine goals and Tabitha Pearigen with six goals.

"Overall an amazing first game for the pirates against our longest rival in water polo," Nash added.