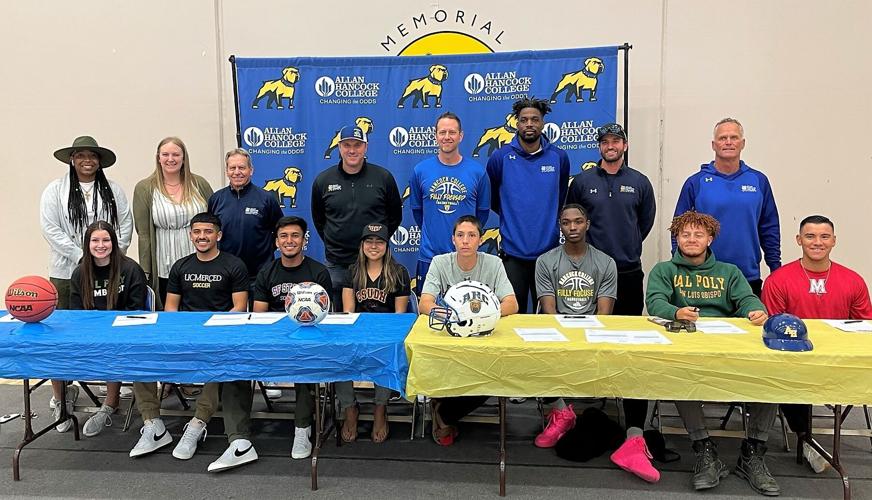 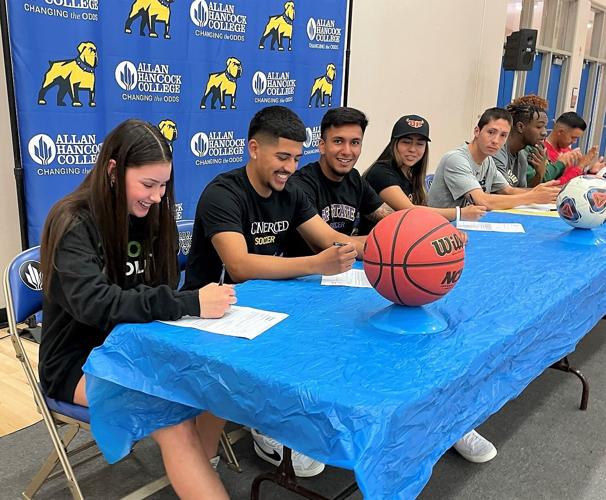 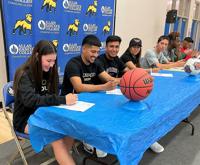 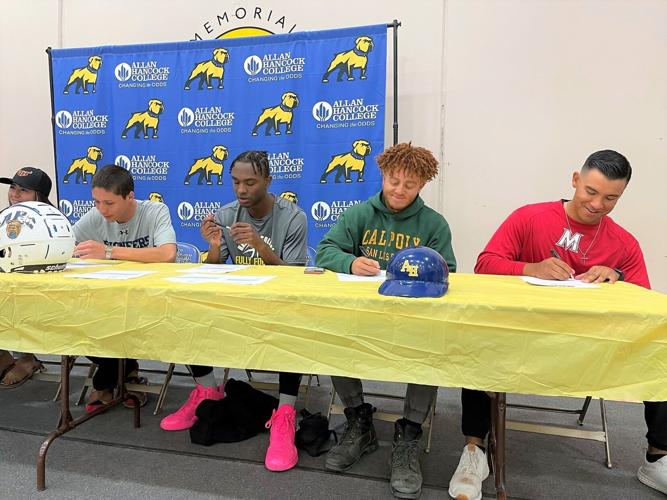 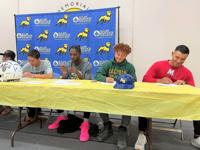 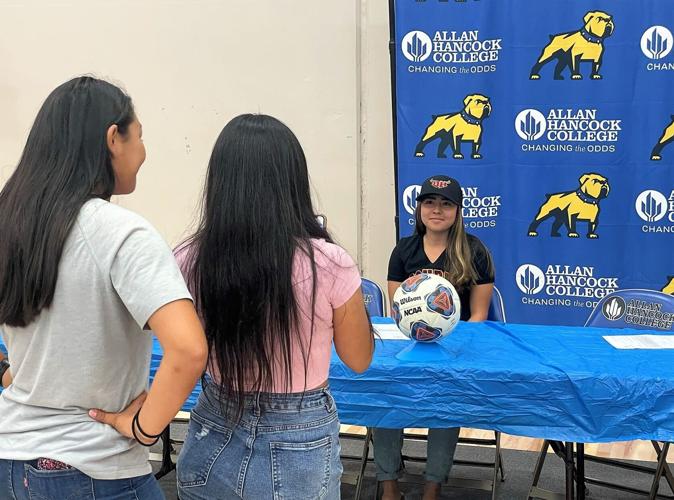 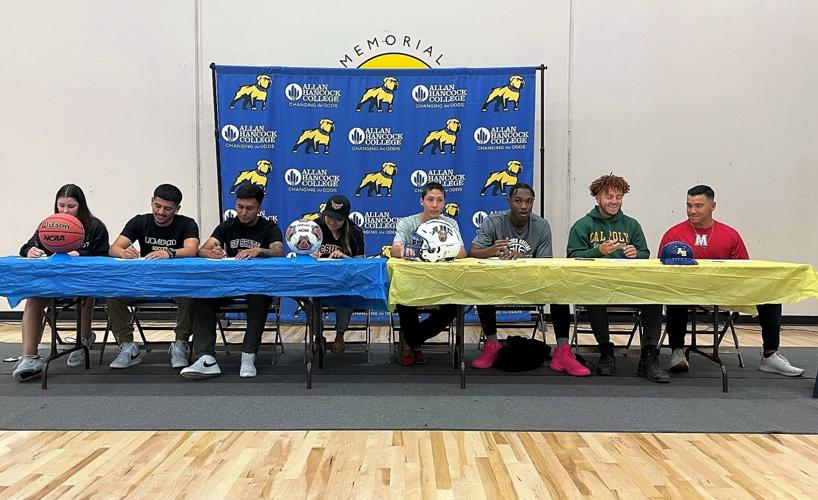 Eight Hancock College student-athletes were celebrated for their commitments to four-year programs during a ceremony at the school Thursday.

The group leads dozens of AHC athletes that will continue their careers at four-year programs next school year.

Hancock soccer coach Billy Vinnedge highlighted four of his athletes moving on to the next level, three from his men's team and one from his women's program. They are Lompoc grad Juan Montelongo, who's off to UC Merced, Santa Maria High grad Bryan Gomez, who's signed with San Francisco State, and Arroyo Grande's Josue Celio, who's going to University of Antelope Valley. Lompoc's Briana Goana signed with Cal State Dominguez Hills.

Cary Nerelli, the Bulldogs' women's basketball coach, boasted of Jayci Bayne, a three-year player who's off to Cal Poly Humboldt. Bayne is an Arroyo Grande High graduate who was named the Mountain League MVP as a senior.

"We were fortunate to have her come our way a few years back," Nerelli said of Bayne. "She had a tough decision to make, but she chose Humboldt. She was a leader for us, she was great in the classroom with a high grade-point average. She was an All-State academic selection two years in a row."

Nerelli said Bayne was the first player since the 1990s to top 1,000 career points with the Bulldogs.

"I love winning games," Hancock College athletic director Kim Ensing said. "But this is the most important thing we do: We help our student-athletes move on and transfer, helping them fulfill their dreams of being a scholarship student-athlete. Our coaches are great at what they do and they should be commended for their work ethic. We have at least 20 more athletes that have signed on with schools, but they're already at their transferring institutions. We've got numerous football players and others who've already moved on."

"This was probably one of the more fun teams that I've coached in a number of years," Stevens said of this past season's baseball team. "It was led by a lot of commitment and desire, this team was really led by these two who spear-headed our program."

"We still have other players that haven't completed their recruiting trips yet so we'll have four or five other sophomores that will end up signing with four-year schools," Stevens added.

Aye said Kelly is one of five Hancock basketball players to be moving on to the four-year level.

"Shawn was a team captain for us and he's headed to a high-level institution and we're really excited for him," Aye said.