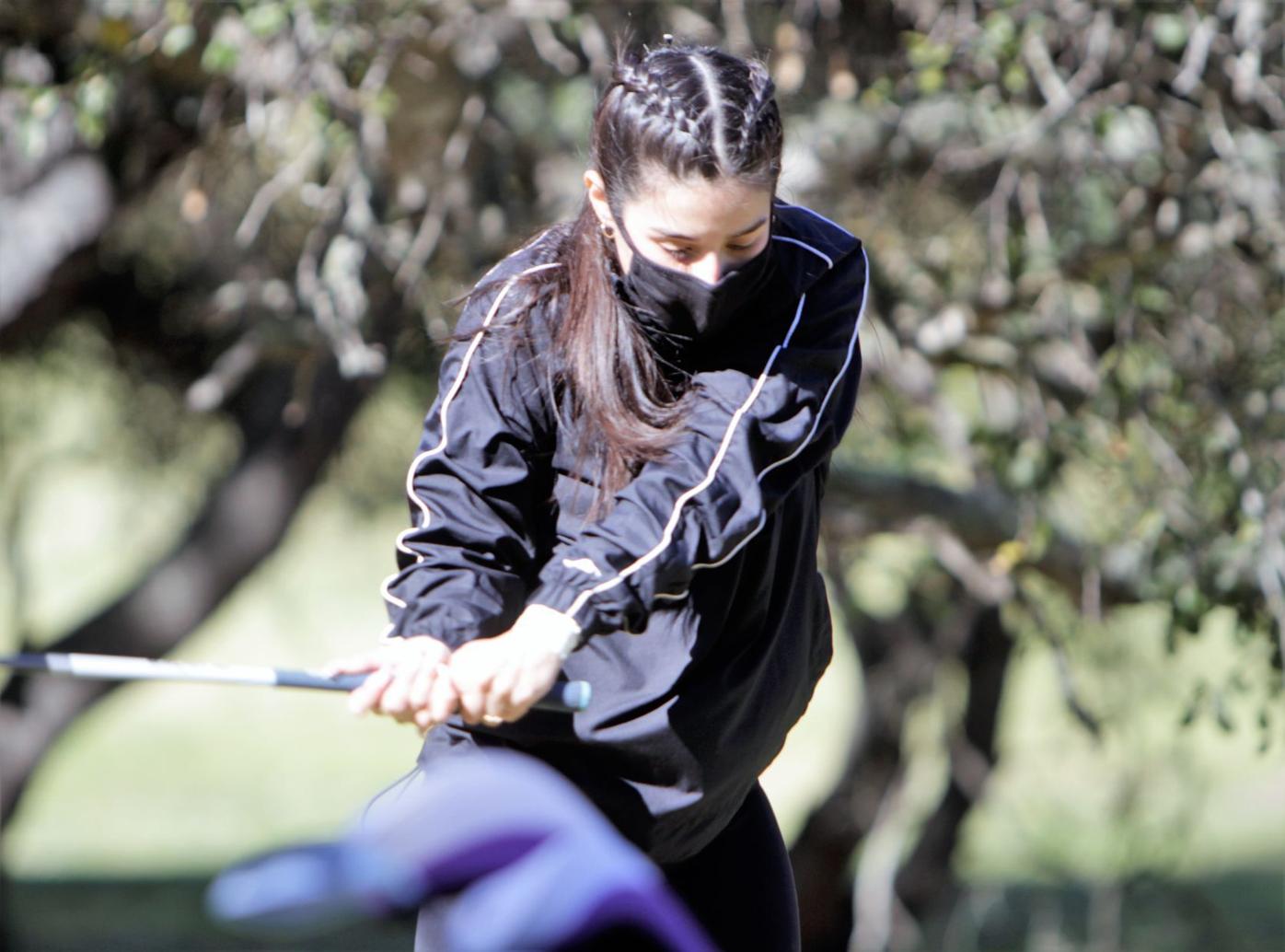 Pioneer Valley senior Clarissa Novela tees off on the opening hole against St. Joseph on the Oaks Course at Blacklake last month. 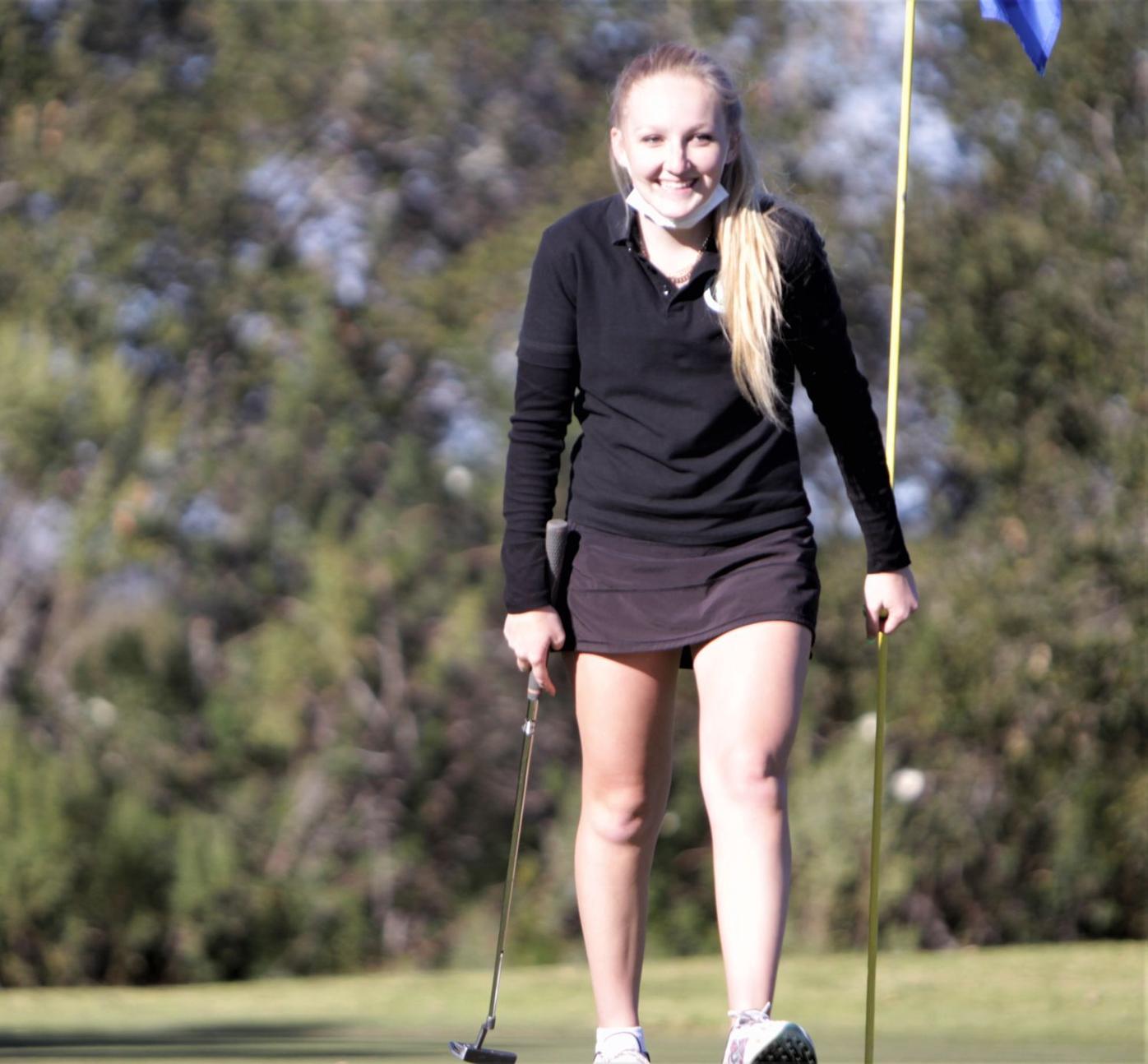 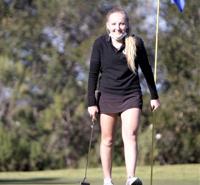 Pioneer Valley senior Clarissa Novela tees off on the opening hole against St. Joseph on the Oaks Course at Blacklake last month.

Pioneer Valley is on a roll the program has rarely seen.

The Panthers won a fourth straight dual over an Ocean League opponent on Monday. Pioneer Valley defeated Orcutt Academy in a girls golf dual by six strokes, 262-268. The team has won those four straight duals by a combined 13 strokes.

On Monday, the Panthers were led by Breanna Villalobos, who earned medalist honors on the Oaks Course at Blacklake. Villalobos shot a 45.

The other top scorers for the Panthers were Clarissa Novela (51), Carmen Guerrero (53), Katrina Mata (55) and Marissa Dollinger (58).

The Spartans were led by Debbie Sawyer, who shot a 52. Standout Kariss Whitford shot a 53. Danica Black and Lauren McClung each shot a 54. Luna Sahagan finished with a score of 55.

The Panthers play Orcutt Academy at Rancho Maria on Thursday in the teams' next mach.

"It was nice to start the week off with a hard earned win," Pioneer Valley coach Marcus Guzman said in a text.

Santa Maria girls golf: Saints happy to be back on course

The Knights stayed unbeaten in Ocean League duals with a convincing win at the Santa Maria Country Club.

Freshman Annie Heybl led the Knights again, shooting a 44. Bella Aldridge scored a 47, Lita Mahoney finished with a 48 and Macie Taylor and Kaitlyn Nunez each shot 49.

St. Joseph coach Jim Fosdick said it was the first time all five golfers were in the 40s.

Bella Caliboso led the Pirates with a 53.

Michahjuliana Lundberg and Shianne Gooley figured in all three wins for the Knights (2-1) who lost a Mountain League match to the Tigers.

In doubles, Wey teamed up with Isabelle Lopez and won 8-0.

Morro Bay had to forfeit No. 3 doubles due to not having enough players.

Santa Ynez goalkeeper Tristan Lander racked up a career best 17 saves and four steals, but the Pirates (1-1) lost their home opener to the Royals.

Landon Lassahn scored five goals for the Pirates. Blake Schroeder tossed in two, and Addison Hawkins and Jackson Cloud scored one each.

“I was very proud of the effort put forth by our team,” said Santa Ynez coach Jake Kalkowsi. “It was an exciting, physical game, that our guys had longed to be a part of.”

Amanda Main scored the Pirates’ goal in their loss to the Royals at Santa Ynez.

Pirates goalkeeper Peyton Pratt made five saves and also had a steal. Fallin Brady assisted Main on her goal and also made two steals.