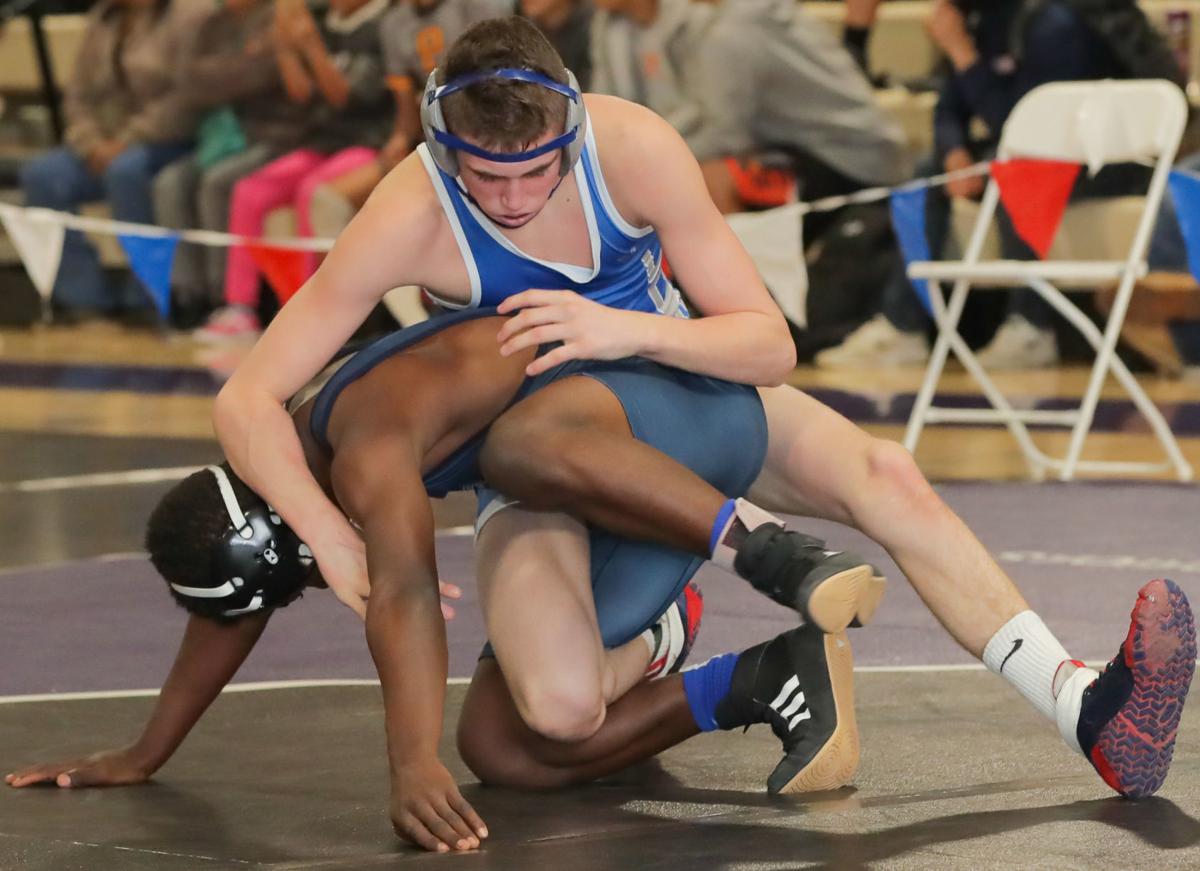 Gracen Hayes of Lompoc (wrestling in the Old Dutch Invitational on Saturday) was one of the Brave wrestlers who won their match against Santa Barbara on Wednesday. Lompoc, though, fell 39-33 which is its first Channel League loss of the season. 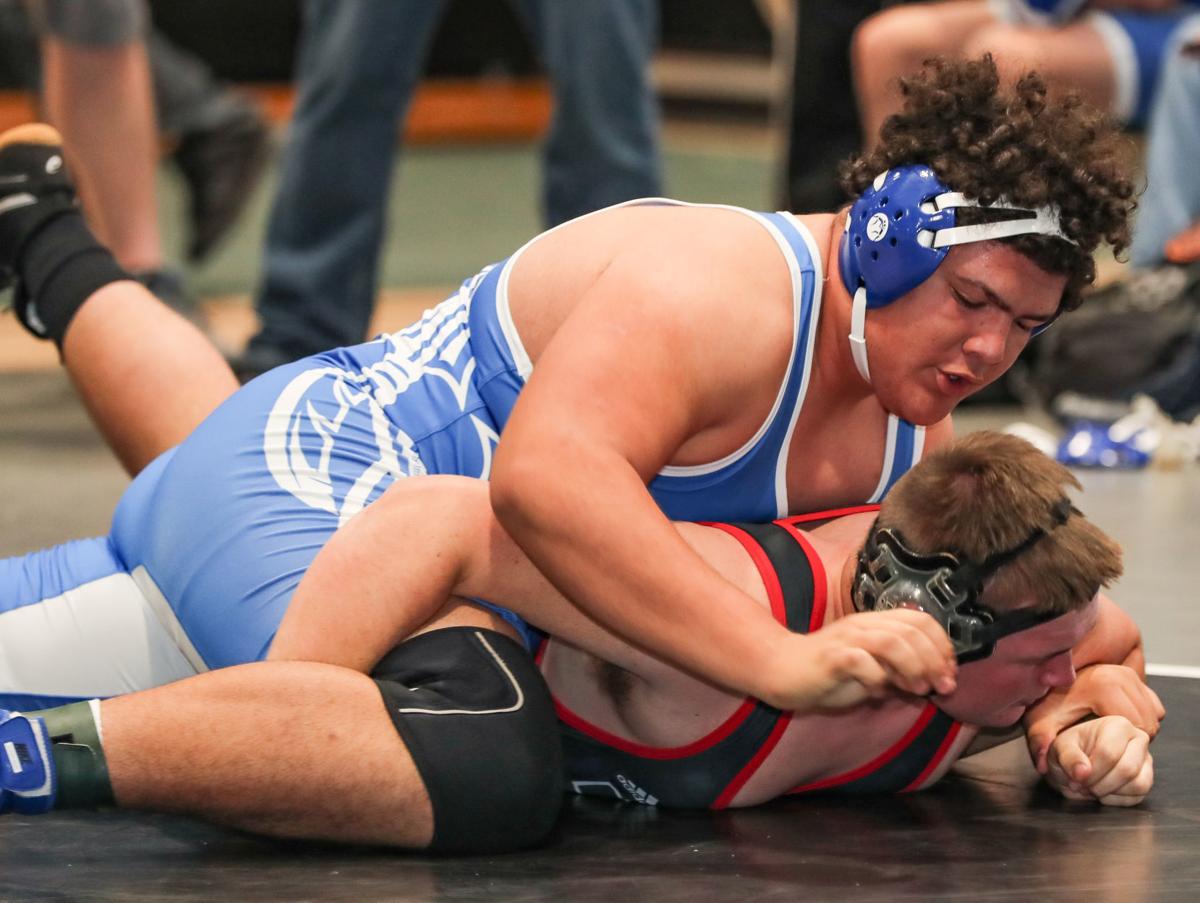 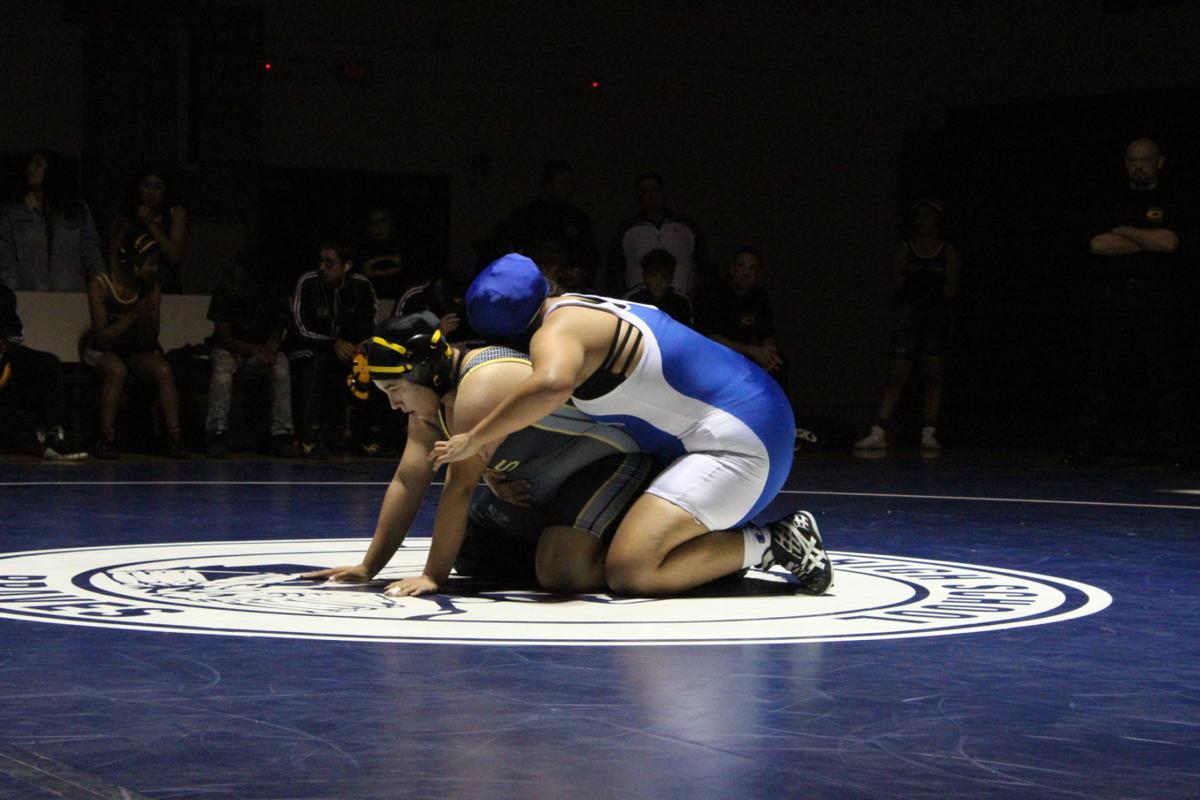 The victory has now given LHS a 3-0 start in the Channel League standings.

Jasmine Hernandez (150-pound class) and Isabella “Lizzie” Regaldo (121) took down their opponents by pin to help secure the LHS win. Lompoc won a majority of its matches by forfeit.

Cheyenne Amaro has helped oversee the Braves’ startup girls varsity wrestling program. She cites the aforementioned Hernandez and Regaldo as two wrestlers who impressed inside the gym.

“Jasmine Hernandez in the 150-pound class, she’s really starting to step it up for the team,” Amaro said. “Lizzie had her first dual meet. Once she gets it and knows what’s going on, she’s going to be really good.”

The Braves will now take a lengthy period of rest for the holiday season. Their next time on the mat will be in 2019, as they will head down to Ventura County and take part in the Santa Paula Tournament starting at 10 a.m.

Lompoc was rolling early – leading by 24-6 by winning three forfeits and the 132-pound bout between Gracen Hayes and Santa Barbara’s Noah Arpa that was won by Hayes.

But things unraveled after that for the Braves on senior night.

The visiting Dons went on to win the next five of six dual matches to secure the road win, plus hand LHS its first league loss of the season (Braves are now 2-1 overall).

Bobby Deleguerra of the 138-pound class managed to take control of his match versus Lompoc’s Frank Villalobos – winning by pinfall.

Oscar Munoz then added to the momentum tide for the Dons. The 145-pounder battled Efrain Quezada, even losing his head gear during the match. Munoz countered a shoot through and then gained control of his opponent for the pin.

In the 152-pound match, Logan O’Keefe managed to hook the leg of Edgar Vargas – enabling the Dons wrestler to earn the pinfall victory.

In the closest contest of the night, and one that stretched all three periods, Lompoc’s Devin Brown dueled with Edgar Diego in the 160-pound class. Brown held his own through counters, but Diego managed to still win by points, defeating Brown 5-2.

Lompoc’s Dechlan Sparrow was the last Brave to win his dual match. The 195-pound grappler took on Mikey Esparza-Loza; with Sparrow collecting the win and the pin during the first period.

The last wrestling match of the night was between Lompoc’s Michael Lewis and the Dons’ Jorge Contreras. Lewis stretched his contest to the second period before falling by pin in the 1:16 mark.

Heavyweight Jacob Nunez of LHS ended the evening with his win by forfeit.

Lompoc will now take a nine-day break from matches and will return to the mat on Dec. 28, as the Braves will take part in the two-day varsity bash at Pioneer Valley High School.

Gracen Hayes of Lompoc (wrestling in the Old Dutch Invitational on Saturday) was one of the Brave wrestlers who won their match against Santa Barbara on Wednesday. Lompoc, though, fell 39-33 which is its first Channel League loss of the season.