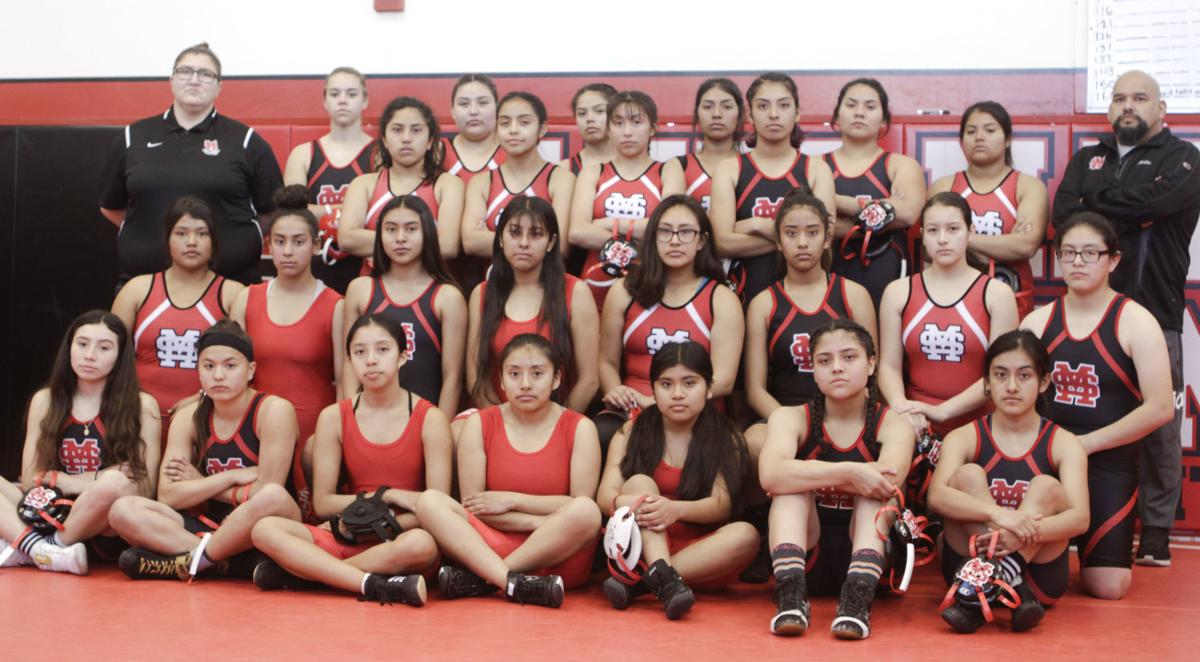 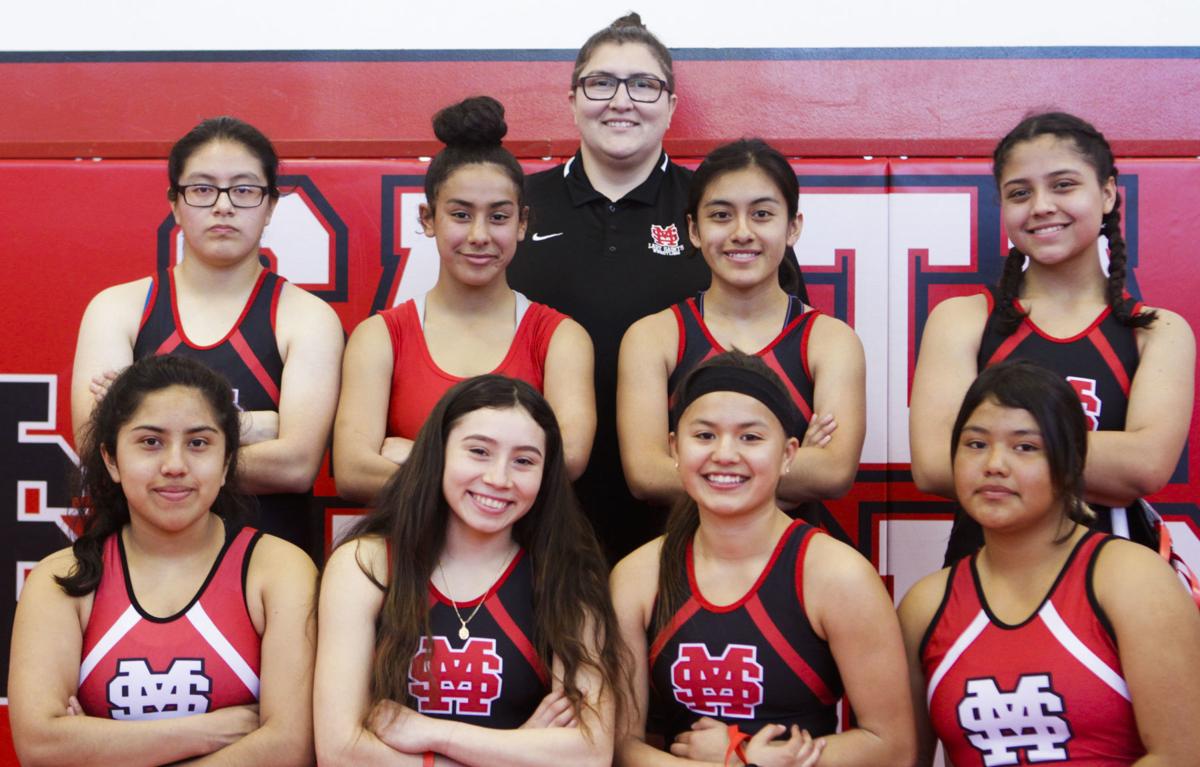 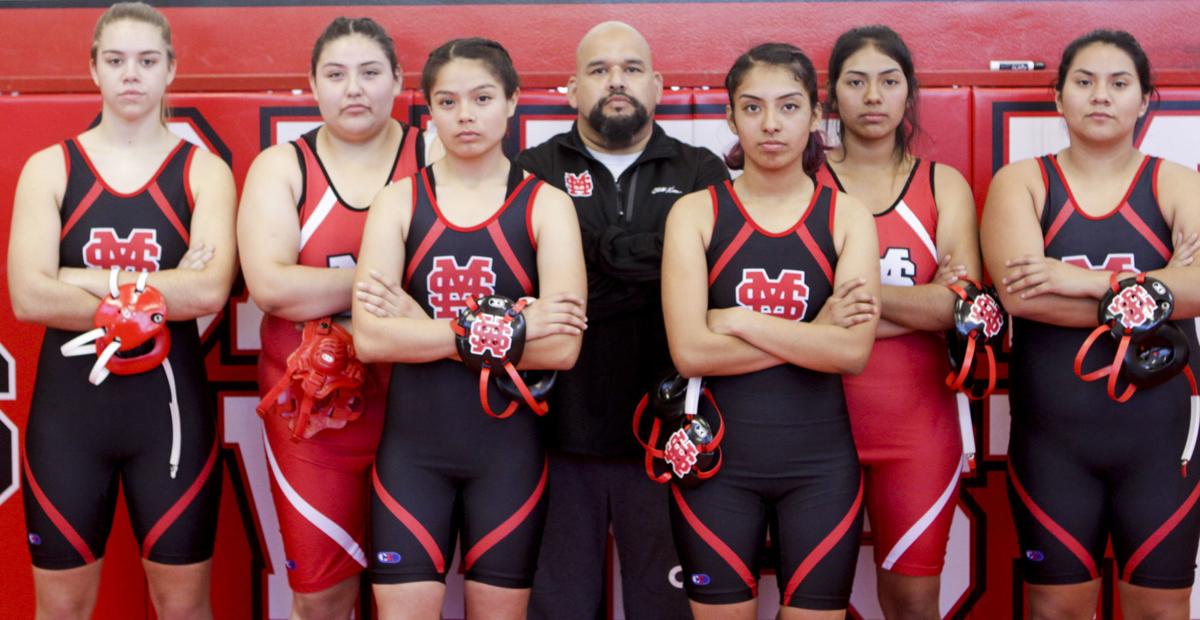 For the past few years, Santa Maria's girls wrestling team has steadily climbed toward the top of the power pyramid. The Saints had just never quite arrived there.

The league title was the first for a Santa Maria girls team since the basketball team won one in 2001.

"We knew we would win it," Santa Maria coach Reyna Mendez said afterward. "We had the wrestlers to do it."

The Saints did indeed show plenty of balance Wednesday. All of their 14 wrestlers had a top-three finish, good enough for a medal.

Duran gave the Saints quite a boost as a back-up. Their regular at that weight, Laura Negrete "was at science camp," said Mendez.

If this was Duran's final appearance this season, it was a grandly successful one.

During the break between the second and third rounds of her title match, it didn't even seem like a sure thing that Duran, looking shaken up, would even be able to finish.

She did finish. "I used a roll move," to get a fall, the junior said after pinning Rola Elbarbary of Morro Bay in eight seconds of the third round.

Duran said her asthma was acting up during the break between the second and third rounds, but that the Santa Maria trainers got it under control.

Before the CCAA Tournament, the Saints had been showing well in tournaments all year, racking up consistent top-three finishes.

"We have a lot of wrestlers, the girls are working hard in the wrestling room in practice, and it's showing with their successes on the mat," in tournaments, Mendez said.

Mendez, who wrestled for Pioneer Valley's 2009 girls wrestling team that won a state championship the year before the California Interscholastic Federation (CIF) sanctioned the girls state wrestling tournament,  is in her eighth year with the Santa Maria program.

She has seen the program grow quickly and maintain steady numbers since.

"Word of mouth and success on the mat," is what she attributed earlier to the healthy numbers for the Saints wrestling team.

This year, Mendez said, she's confident the team can carry the momentum they've built through the regional and sectional Masters competitions leading up to the state tournament.

The team is also coached by Jose Torres.

The CIF Central Section Northern and Southern Regional competitions will both take place Feb. 14 and 15 at Tulare Mission Oak High School. The top eight finishers in each weight class will advance from there to the Masters meet.

The top four Masters finishers in each weight class will qualify for the state meet.

Girls wrestling continues to grow on the Central Coast

The CIF has sanctioned the girls state wrestling tournament since 2010 and Pioneer Valley, Santa Maria and Righetti all have thriving girls wrestling programs.