Before a Thursday workout, some 15-to-20 Marvel Wrestling Academy members, and some coaches, took part in a spirited game of speedball in the Righetti High School wrestling room.

More relaxed than the competitive high school wrestling season though it may be, the Marvel Wrestling Academy, a feeder program for the Righetti wrestling program, has racked up a lot of success.

Rodriguez (third place) and Oani (sixth) both placed. Mendez made it to the quarterfinals before going out.

"The (Marvel Wrestling Academy) dates back to 2013," said Domingues. "The club serves as a feeder program for the Righetti team, and our wrestlers wrestle for the club during the off-season."

"The numbers in our program have been pretty steady," said Domingues. "There are about 25 wrestlers in the high school program, and about 20 in the youth program. The main objective of the program is to give our young wrestlers an opportunity to wrestle during the off-season and further develop their wrestling skills."

Oani, an eighth grader, is one of those who has tried to hone his skills with the Marvel Wrestling Academy. He is not in high school yet, but he is already a long-time wrestler.

"I've been wrestling for seven years, since I was seven years old," he said,

"Dominic Mendez is my practice partner, and he really helps push me, to get me to push my skills to a higher level. I'm looking forward to joining Dominic, and wrestling for Righetti High School, next year."

Matt Rodriguez is the son of Angel Rodriguez, who is one of several Marvel Academy Wrestling Club coaches. "I won a few Freestyle age group state tournaments in my younger days," Matt Rodriguez said. "This was the first time I qualified for the Folkstyle nationals."

"The Greco Roman system is strictly upper body. The legs are not used."

Matt Rodriguez said, "During the high school season, I try to use my legs a lot to get takedowns.

"Wrestling freestyle and Greco Roman helps gets me more used to different styles, helps me develop more confidence in my throws."

Bronson and Noel were Righetti assistant coaches under Domingues for a Righetti squad that won the 2019 CIF Central Section Division 2 championship.

The Marvel Wrestling Academy is scheduled to compete at the Cadet Junior State Tournament April 13-14 in Fresno. 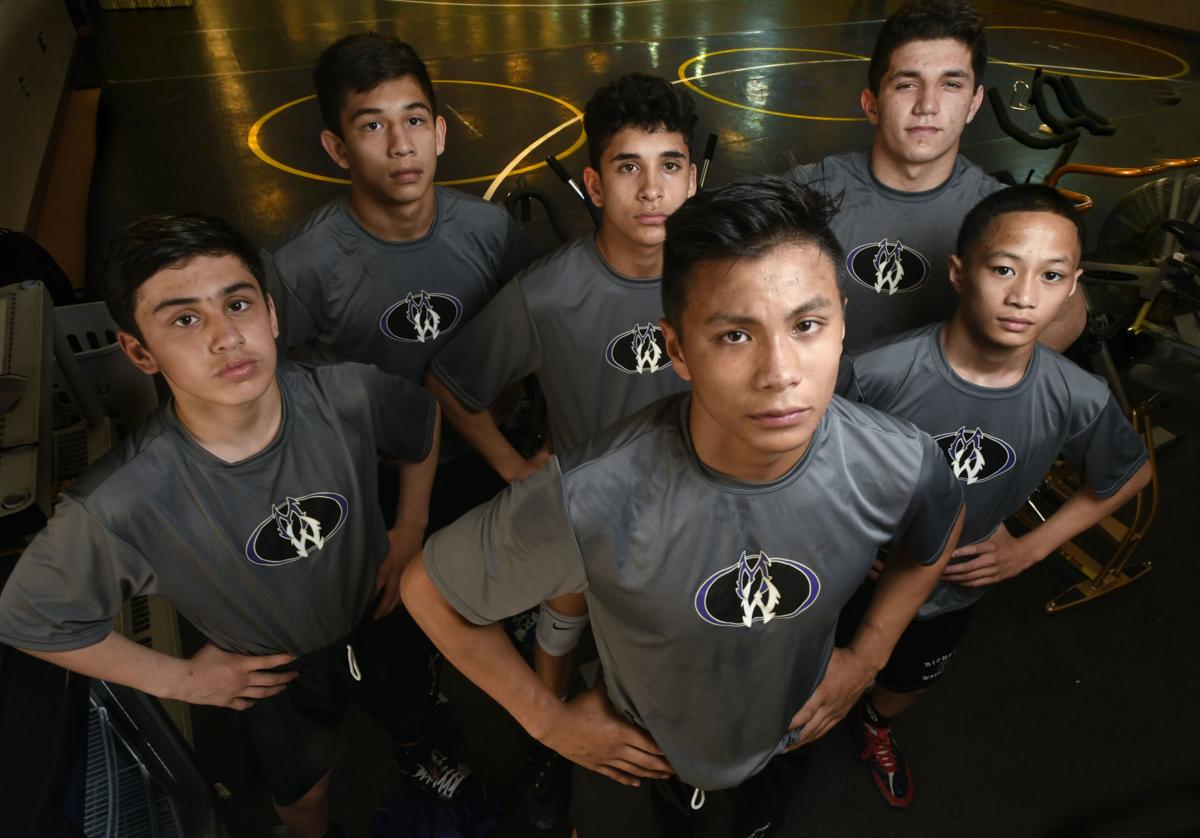 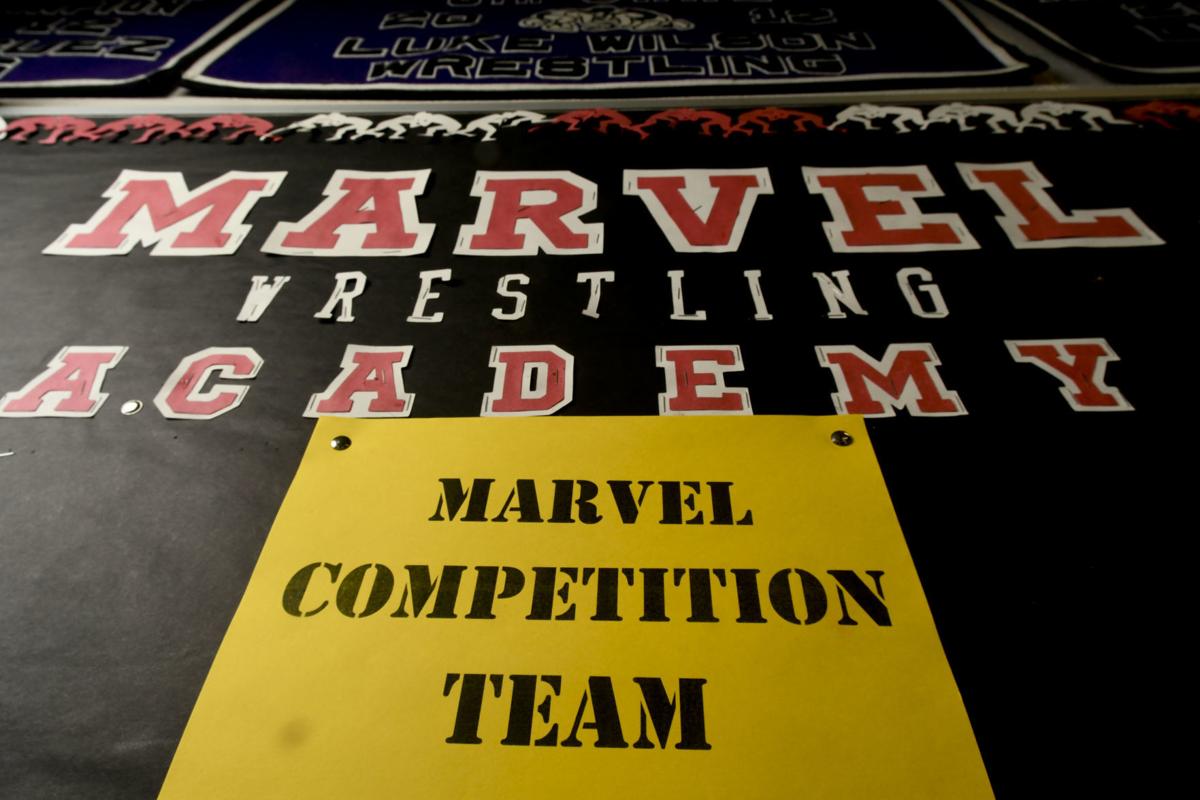 The walls of the Righetti wrestling room are decorated with signs for the Marvel Wrestling Academy. 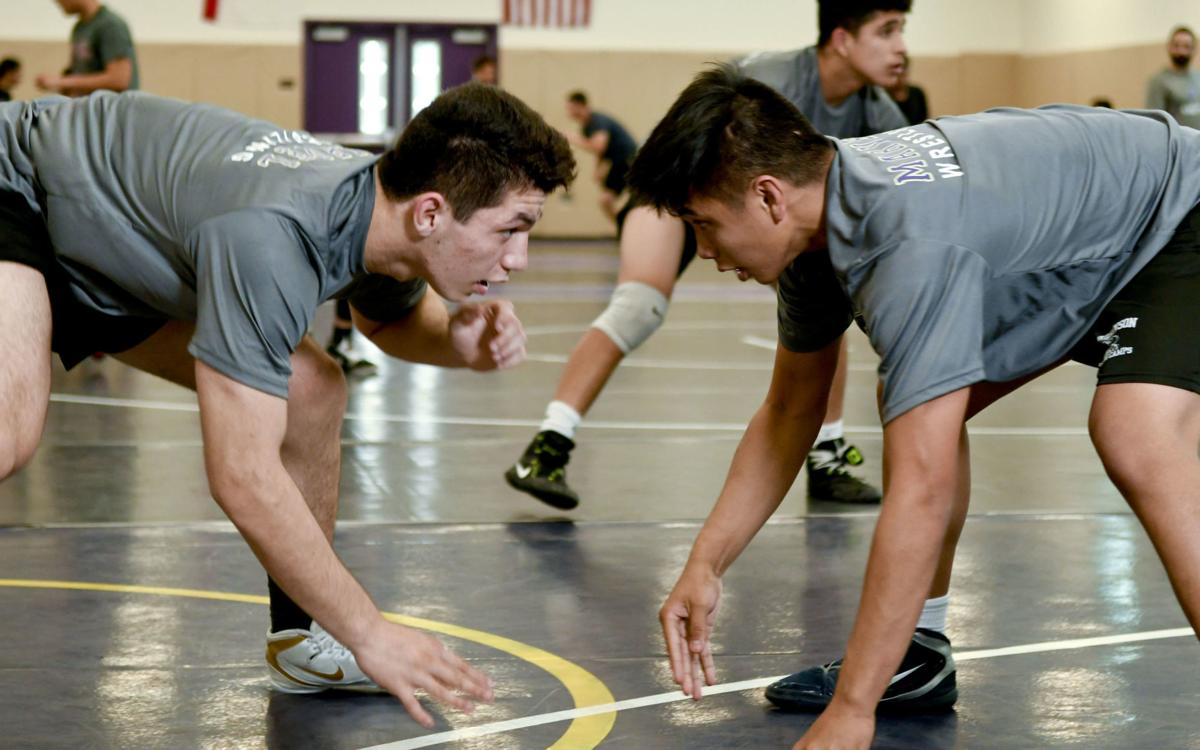 Righetti wrestlers Matt Rodriguez and Aaron Ibarra, part of the Marvel Wrestling Academy, practice last spring. Rodriguez and Ibarra are an integral part to the Righetti High wrestling team in 2020.