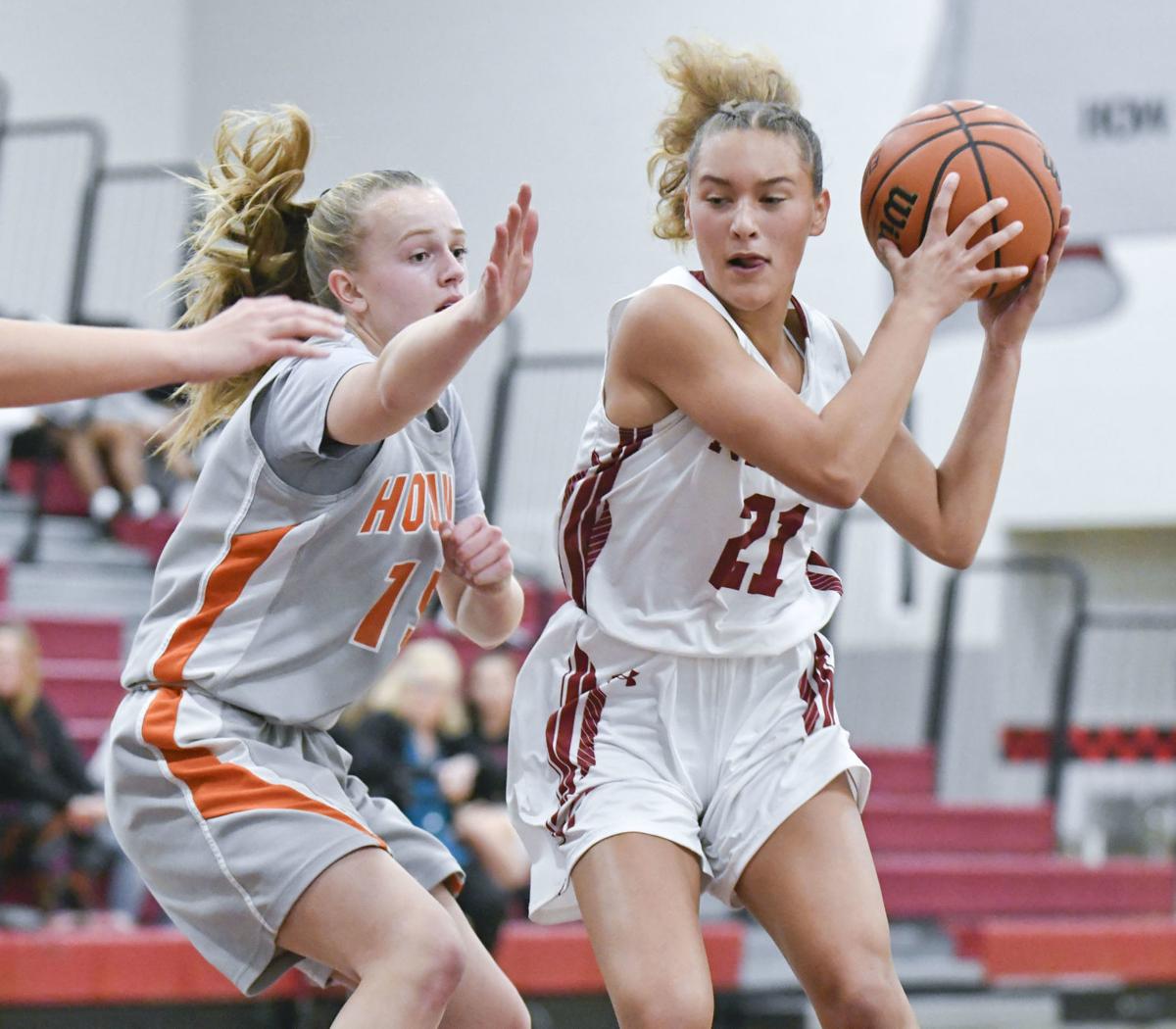 Nipomo's Makennah Simonson (21) looks for an opening around Atascadero's Savannah Shoemaker during a game last month. 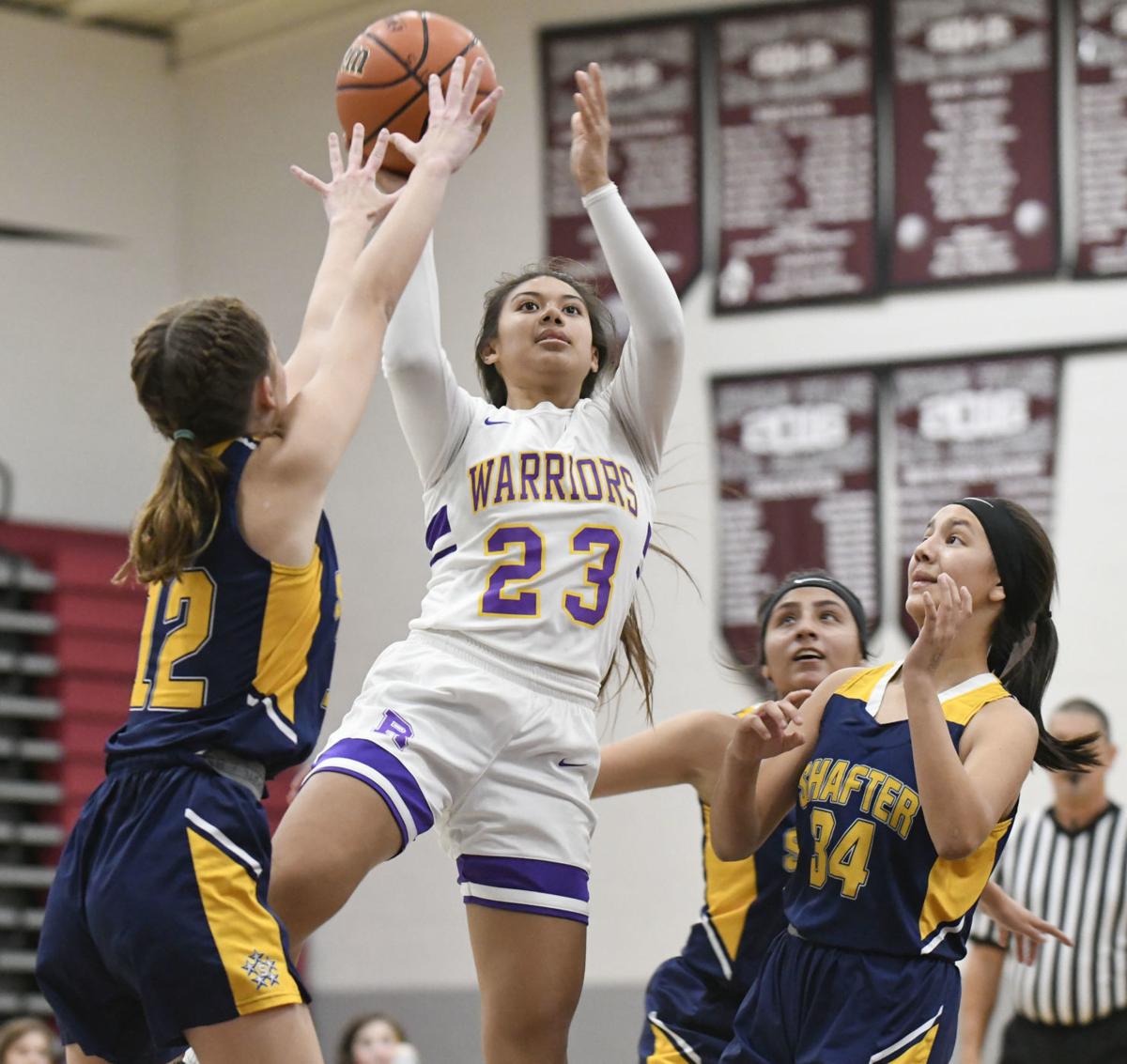 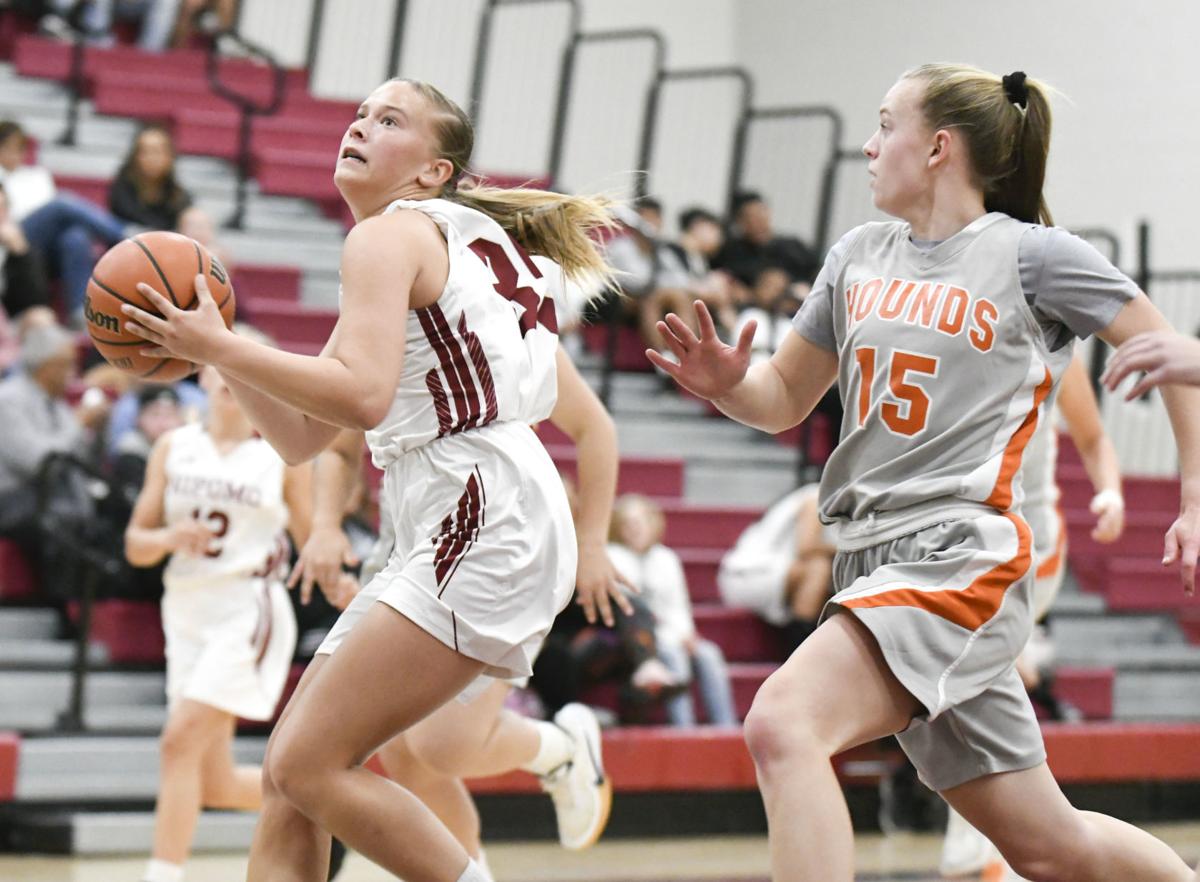 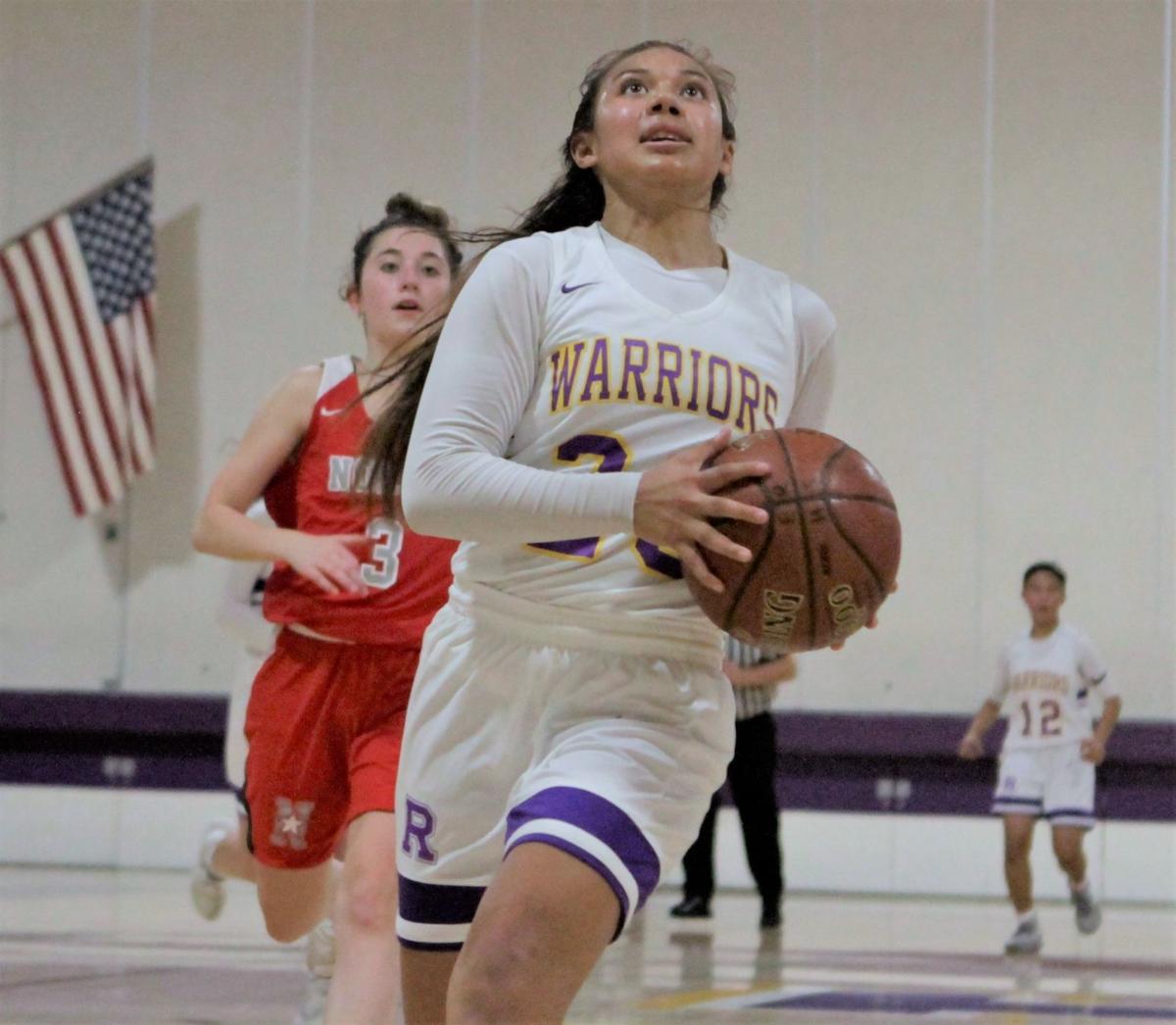 Righetti's Natalie Garcia drives in for a layup during Friday's game against Bakersfield North. Garcia scored 20 points to lead the Warriors' come-from-behind 67-49 win over the Stars.

Those teams' reward? A move up to a tougher league.

And that league play starts Tuesday night for both those squads and they will be welcomed by the Mountain League's top programs.

The Nipomo girls take on Righetti in Orcutt Tuesday night at 6:30 p.m. Pioneer Valley is at Arroyo Grande at the same time.

The Nipomo-Righetti matchup figures to be the most intriguing. After three straight PAC 8 League titles, Righetti finished second in the newly-formed Mountain League last year behind champion Arroyo Grande.

The Warriors enter Tuesday night's matchup with a 5-1 record. Nipomo, meanwhile, is 10-0 on the season and appears to be talented enough to compete for a Mountain League title.

"They really like the challenge," Nipomo coach Dave Mendez said of the move up to the Mountain. "We talk about it. 'If you want to be the best, you have to beat the best.' We want to contend with the best schools."

The Titans have assembled one of the more talented and young lineups the area has seen in awhile. Shantille Simonson, a captain, is the lone senior on the roster.

Freshman Makennah Simonson, Shantille's younger sister, has started her prep career with a bang. She scored 26 points in the Titans' most recent game, a 73-55 win over Arvin on Dec. 8. Makennah has consistently been one of the top performers for the Titans whenever she's on the floor.

"League does start earlier, so it's a little tough but we're as ready as we can be at the moment," Desiree Hitch, Righetti's coach, said after the Warriors' 67-49 win over Bakersfield North on Friday. "We do know that Nipomo has some solid guards, they have a good freshman (Makennah Simonson). But we'll come out ready to play and hopefully utilize our size."

Height and experience appear to be Righetti's biggest advantages. The Warriors feature Malia Cabigon and Paityn Persson, who are both near 6-foot.

Natalie Garcia, a senior, is the Warriors' emotional leader. Garcia powered Righetti to its win over North on Friday, scoring 20 points. The Warriors were without Alex Paquet, who injured her ankle earlier this season. Paquet appeared unlikely to play Tuesday night.

These Titans are out to prove they're no one-hit wonders.

Freshman Honnalee Kennedy is Nipomo's primary post player. The Titans are very guard-oriented, with the freshman Simonson and sophomore Kacie Slover, who is one of the top defenders in the area. The Titans may have an edge in shooting. Slover, Simonson, Leah Miller, Hannah Wells and Kat Anderson can all knock down 3-point shots.

Both teams like to press and are very active on defense.

Anderson, a junior point guard and a standout two-way player, is one of the leaders for Nipomo.

"We were definitely a little scared at the beginning when we first heard about the new league," Anderson said. "But once we started playing with each other, we said, 'It's nothing. We've got this.'"

Anderson said playing neighborhood rival Arroyo Grande in a league game was a contest the Titans were looking forward to. The game against perennial power Righetti is also a big one on the Titans' calendar.

The Titans are scheduled to host Arroyo Grande in a league game on Jan. 17.

Nipomo will host Paso Robles on Friday in another league game. Righetti, Pioneer Valley and Arroyo Grande will return to tournament play, with the Warriors and Eagles playing in the Santa Barbara Tournament of Champions later in the week.

Julian Araujo has a potential chance to start for the Los Angeles Galaxy in its MLS game against the Portland Timbers Monday in the MLS is Back Tournament.

A four-year varsity soccer player and a three-year varsity golfer, Minetti was the Righetti nominee for the 2020 Northern Santa Barbara County Athletic Round Table Female Athlete of the Year scholarship.

Sophomore Spotlight: Work with Micah Mission has been an eye-opener for Travis Welker

"We help provide food for the homeless. When you see people just trying to get by, not sure where their next meal is coming from, it really makes you appreciate what you have all the more," said Travis Welker.

In order to keep the biggest run for a Santa Maria High School boys basketball team this century alive in 2018, the Saints had to beat the top overall seed. On the road.

“This past week has been a whirlwind for sure, as we've seen an unprecedented explosion of cases in our state, as well as our region," assistant superintendent John Davis said.

Barnett coached tennis for 32 years, the last 23 of them at Santa Maria High School. She was inducted into the Northern Santa Barbara County Athletic Round Table (NSBCART) Hall of Fame in 2019. This year's Hall of Fame class and induction ceremony was canceled due the COVID-19 pandemic.

Nipomo's Makennah Simonson (21) looks for an opening around Atascadero's Savannah Shoemaker during a game last month.

Righetti's Natalie Garcia drives in for a layup during Friday's game against Bakersfield North. Garcia scored 20 points to lead the Warriors' come-from-behind 67-49 win over the Stars.