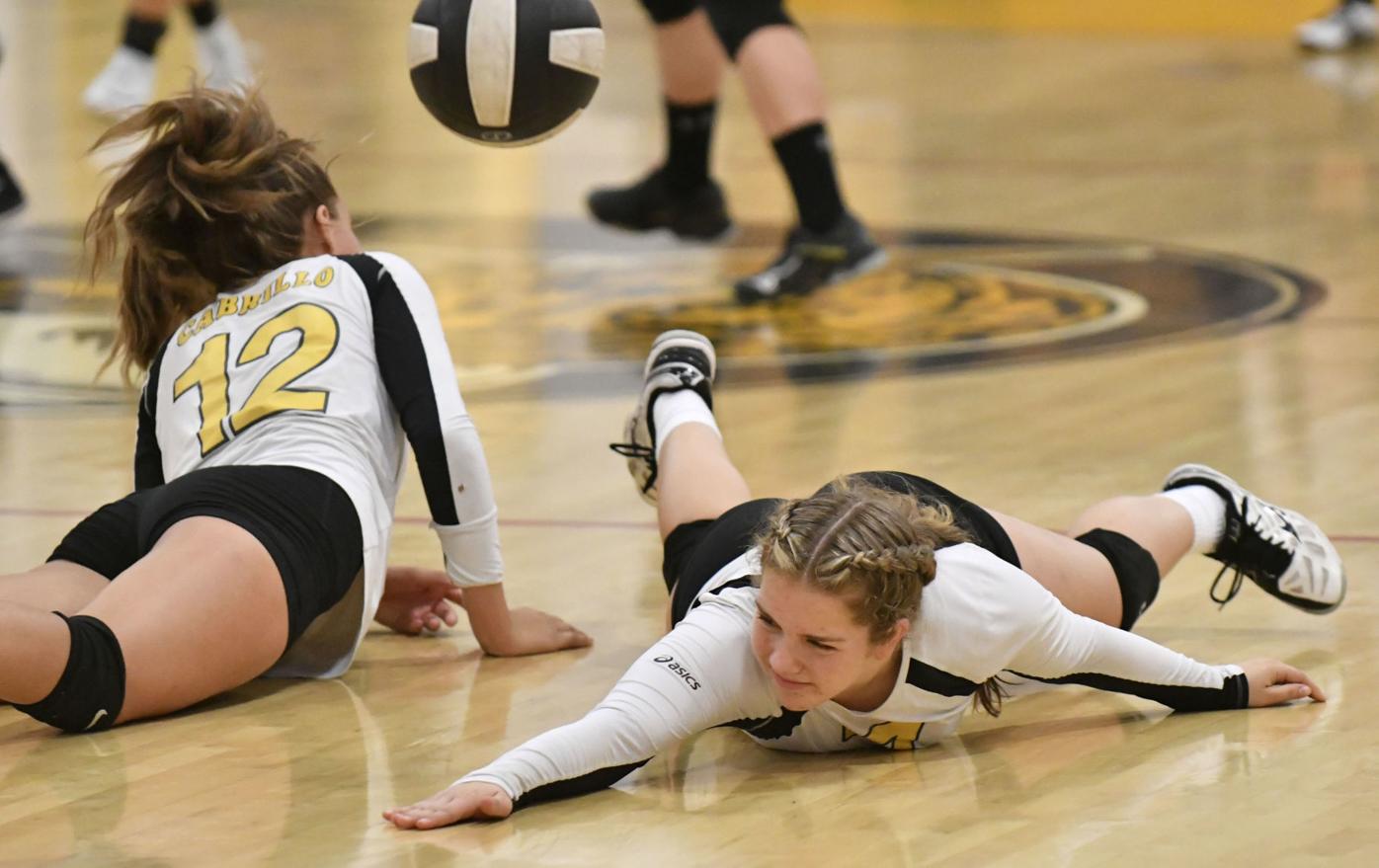 Cabrillo's Alana Brady, right, dives to dig out a ball against Orcutt Academy. 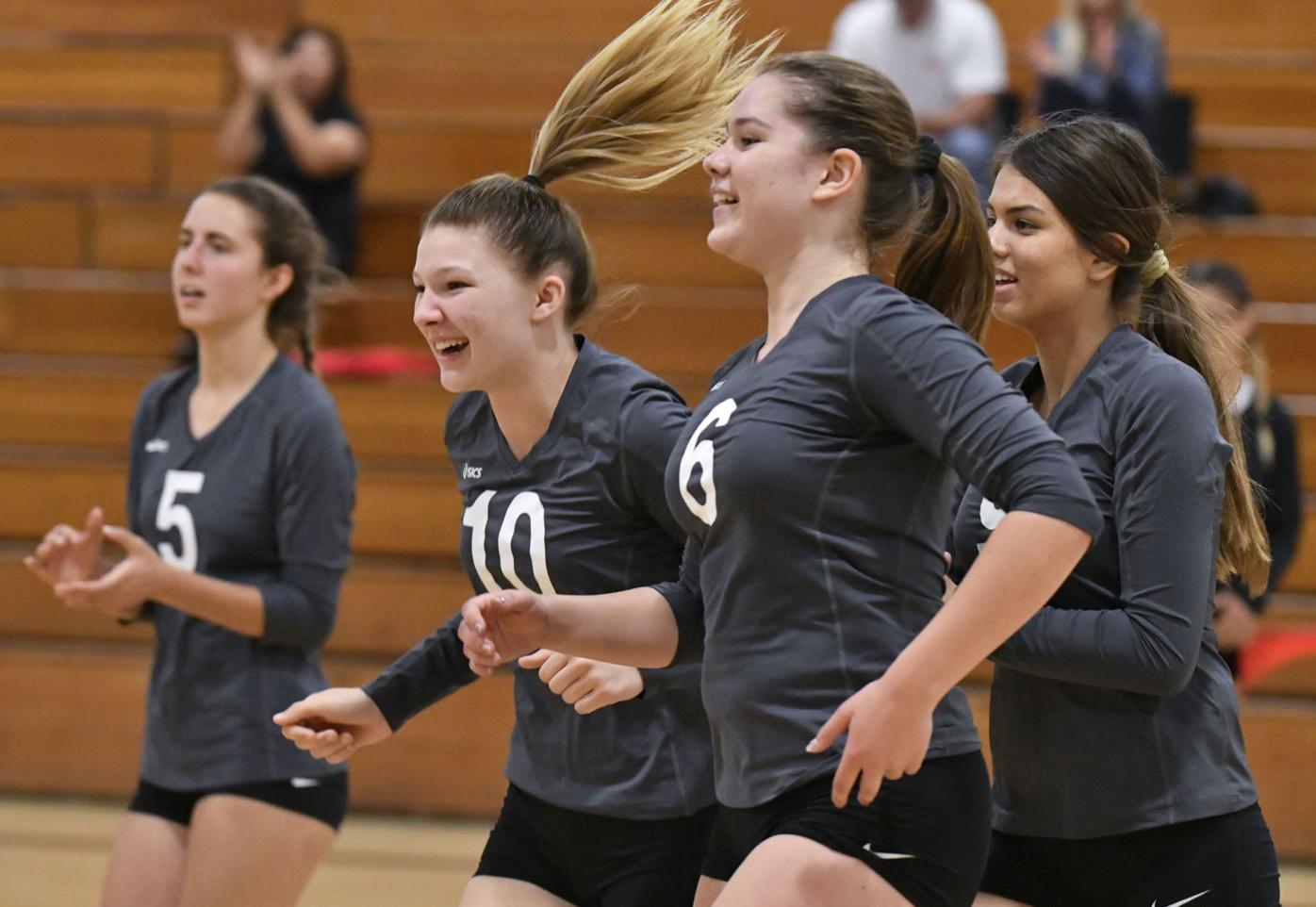 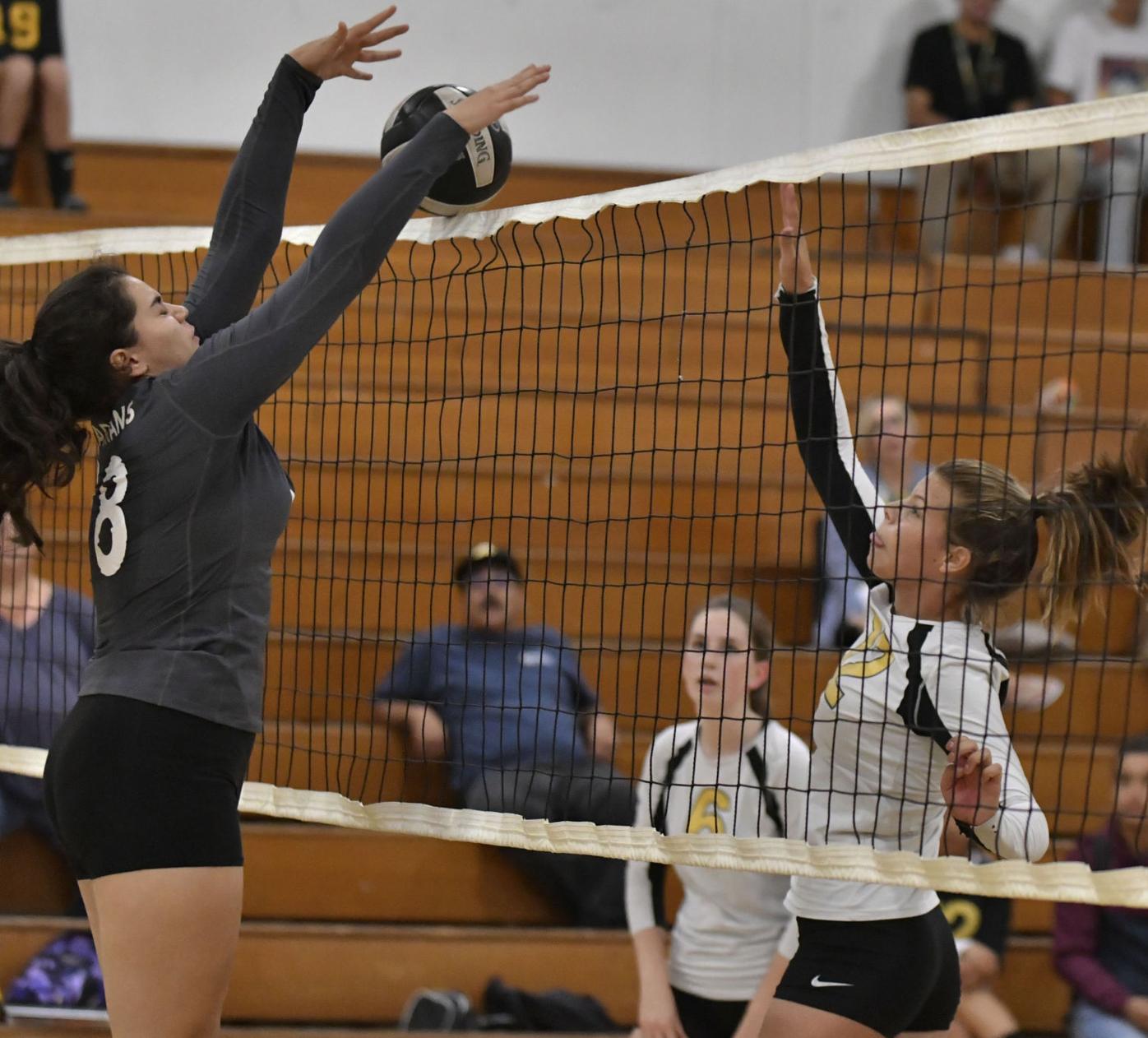 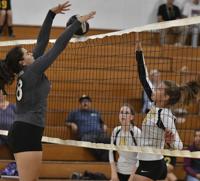 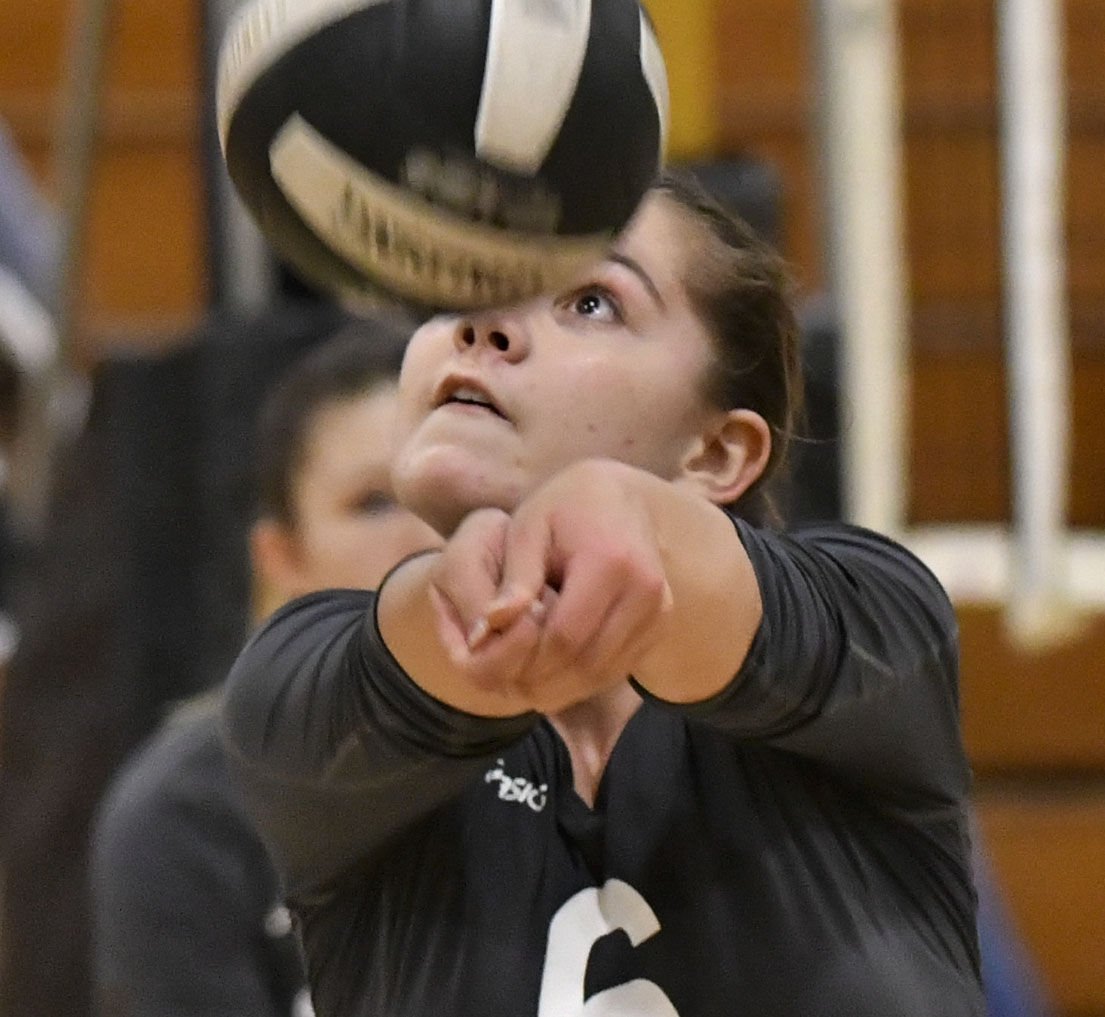 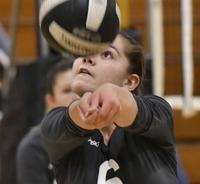 Cabrillo's Alana Brady, right, dives to dig out a ball against Orcutt Academy.

The Orcutt Academy girls volleyball team needed to get past 18 ties to win its first set against Cabrillo.

To reiterate: Both teams tied things up 18 different times.

From there, the Spartans had to survive another late push by the Conquistadores in the third and final set – and wound up sweeping CHS on Thursday by set scores of 35-33, 25-17 and 25-23.

But that set one contest proved to be the most exhilarating and exhausting for both teams and the crowd who sat in the bleachers inside the CHS gym.

It began with Cabrillo jumping to a 4-0 lead with Haylea Shell pounding a kill for the fourth point. However, the Spartans tied things up at 4-4 – which ultimately led to a pulsating back-and-forth between the former Los Padres League girls volleyball rivals.

“That’s the highest I’ve ever seen,” Spartans head coach Elaine Furst said of the set one victory. “That was crazy. The grit, the resilience and the fight they have – it’s great.”

Cabrillo relied heavily on the strong net play of Shell, Morgan McIntyre and Marina Agueda to stay neck-in-neck in set one and for most of the evening.

Set two started with a Mariah Lopez block for the Spartans’ first points. OAHS (6-3 overall) inflated the lead to 10-4 before another CHS rally took place.

The Conqs (1-4) tied things up at 12 by going on an 8-2 run. However, Grace Lamica pummeled some late kills for the Spartans to seal the eight-point victory.

Finally, set three saw the Spartans nurse a 24-13 advantage, before Cabrillo proved it had another late rally left in them – cutting the lead to 24-23 and prompting Furst to call two timeouts.

Angela Morrill finished things off for the Spartans by pounding the ball over the net to seal the sweep. Furst raved about the play of four Spartans inside the CHS gym.

“Mariah in the middle was huge. She had some huge blocks. Grace as well. Allyson Britt in the back made some great saves. Plus Megan Vise at the libero as well. We were talking, we were moving, the energy is always up and they just wanted to win,” Furst said.

The Spartans are now off to the Bishop Diego Quad Tournament starting on Saturday. Cabrillo returns home to face Morro Bay in a non-league contest set for 5:30 p.m.