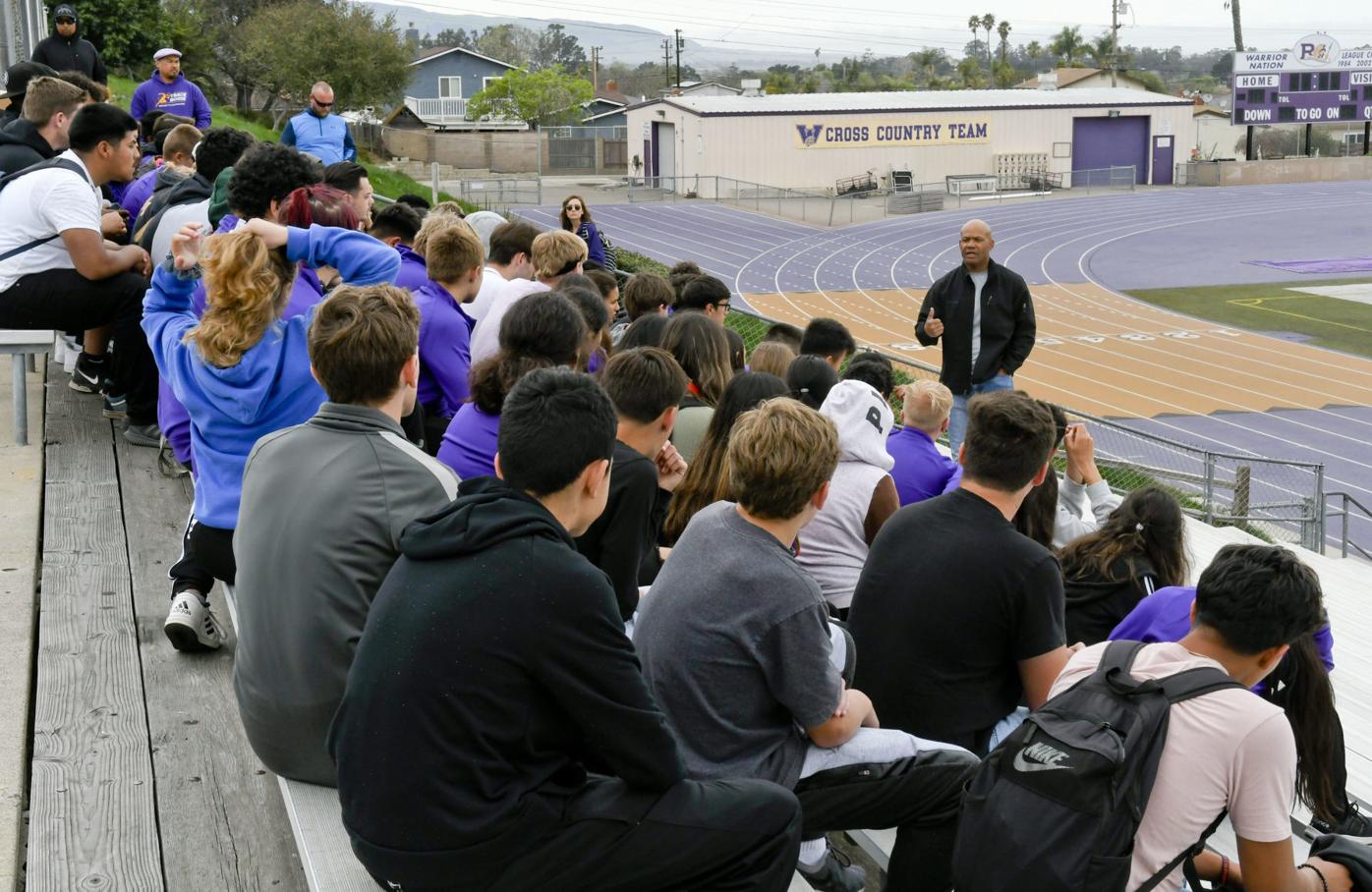 Righetti High School track and field coach Tony Gayfield talks to his team team March 12, delivering the news that their season is being suspended. The season was eventually canceled after a meeting of the 10 CIF section commissioners in April. 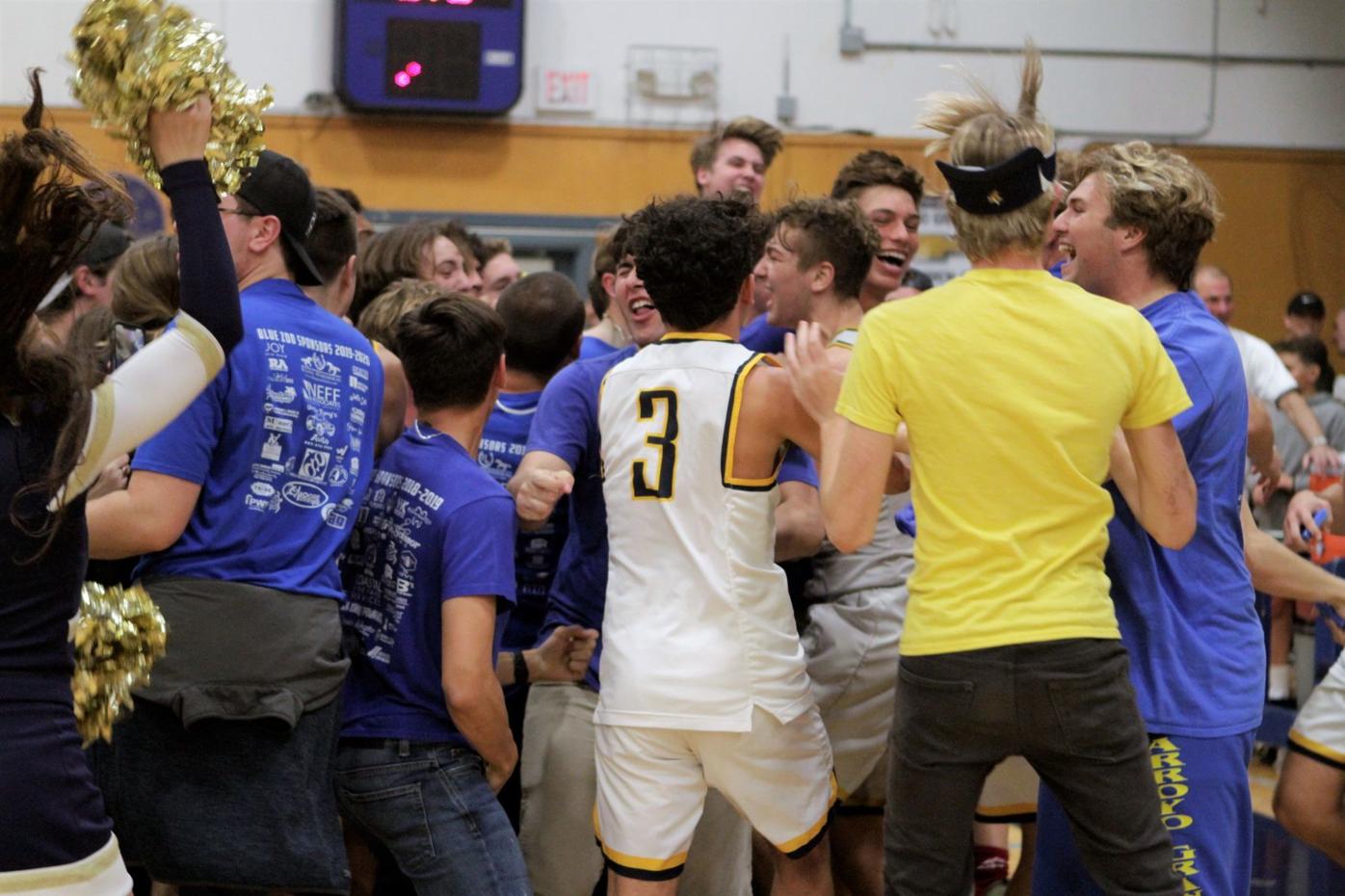 The pool at Pioneer Valley High School is empty after all scheduled athletic events were canceled because of coronavirus concerns on March 12, 2020. 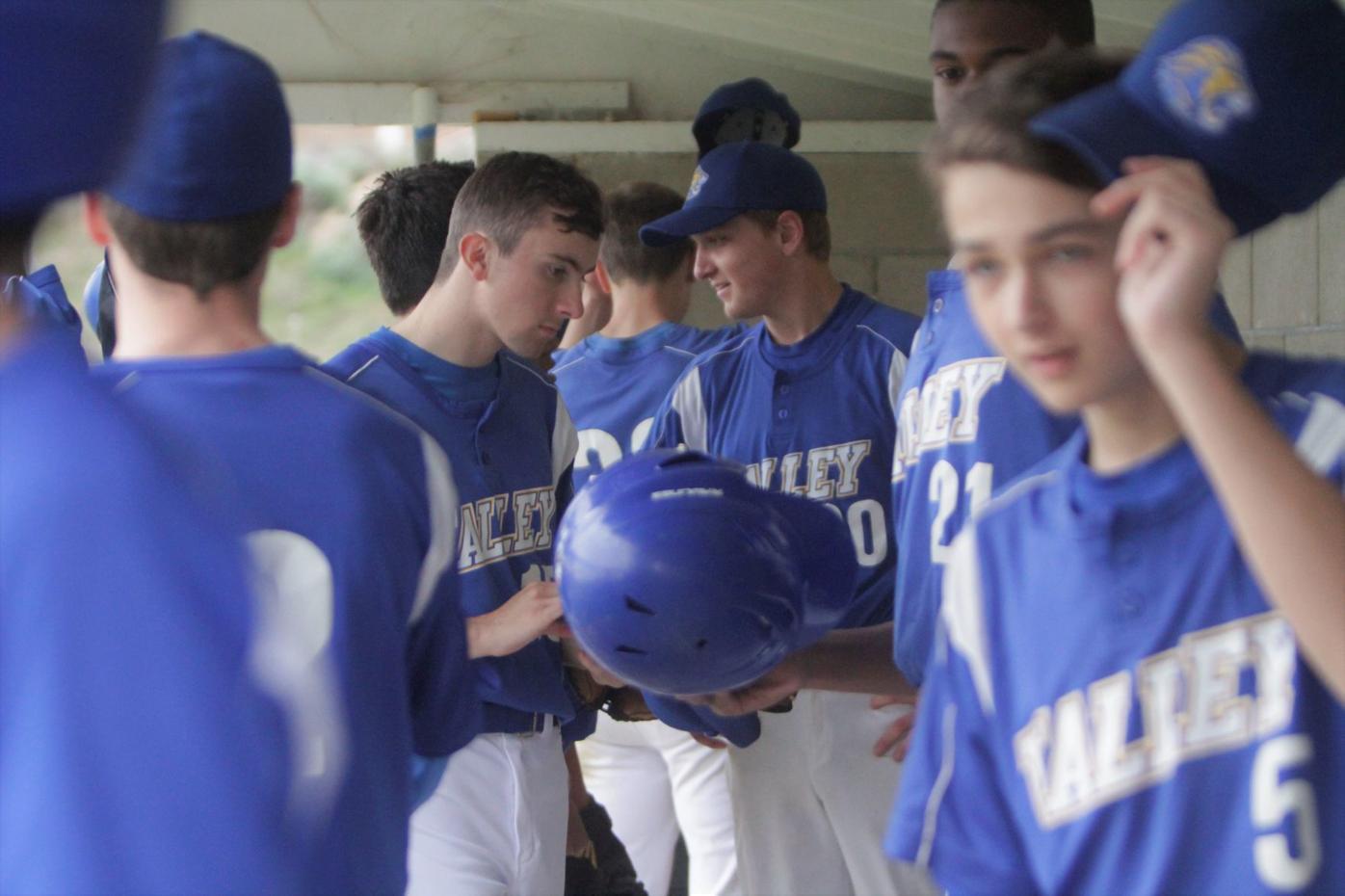 Righetti High School track and field coach Tony Gayfield talks to his team team March 12, delivering the news that their season is being suspended. The season was eventually canceled after a meeting of the 10 CIF section commissioners in April.

The pool at Pioneer Valley High School is empty after all scheduled athletic events were canceled because of coronavirus concerns on March 12, 2020.

The sports world came to a crashing halt.

Though no one knew it then, the scene inside Dr. Arthur James Gymnasium on the Arroyo Grande High School campus would soon become a symbol of a different era. The date was March 10, 2020.

A packed crowd inside that gymnasium celebrated the win on the floor, likely the greatest achievement in the program's history. Still, there was some uncertainty in the air as concern was growing over new terms like 'coronavirus' and 'COVID-19.'

Would the Eagles actually get to play for a state title later that week? They were confident they'd have their chance. As it turned out, Gage Gomez and Robert Hutchens never played for a state championship. Ryan Glanville, Spencer Berry and Dylan Staub, the Eagles' coaching staff, never got the chance to coach their senior-heavy team at state.

"We are extremely disappointed and saddened that we won’t have an opportunity to play for a state championship," Arroyo Grande athletic director Stephen Field said then.

Months later, words like coronavirus, pandemic and social-distancing have been etched into the minds off all Americans and much of the world.

That scene inside the AGHS gymnasium seems distant now, a packed indoor arena with hundreds of fans inside cheering and celebrating.

Cabrillo hosted Santa Barbara for a swim meet at the Lompoc Aquatic Center on March 12. Most area high schools suspended practices and competitions that day. Righetti track and field coach Tony Gayfield gathered his athletes and told them they wouldn't be practicing or competing and he wasn't sure what would happen next.

On Friday, March 13, Valley Christian Academy played a baseball game against Coastal Christian, the only game in town.

There hasn't been a bona fide high school competition in the area since. On Jan. 1, 2021, that's 294 days without high school sports.

By March 16, most area schools shut down in-person learning. Most students in the area haven't returned to their campuses and may not until early 2021.

"It's been a rollercoaster, just in life in general," Santa Maria football coach Dan Ellington said in September. "You hope that things get better, then you realize that they're not, then you get your hopes up and then back down. It's a rollercoaster. You don't want to get too high because things could get shut down at any moment.

"I'm trying to be level and focus on the time we have now."

The coronavirus' impact on area athletics is the top sports story of 2021. The pandemic wiped out virtually entire seasons for most high school seniors in the spring.

Jake Steels, who missed the second half of his senior football season in 2019 with a broken foot, was hoping to return for his senior baseball season last spring. He never got the chance, like so many area athletes.

But this pandemic has wore on. The entire 2020 fall sports season never materialized. It's been well over a year since the Central Coast has seen a live high school football game and current high school seniors, like Santa Maria running back Sammy Herrera or Righetti standout Kidasi Nepa, face uncertainty. Will they get another chance to play under the Friday night lights?

Even if a season does materialize, it's unlikely fans will be able to attend games.

There is hope. A vaccine has already begun to be administered and education is being prioritized for vaccination in hopes of allowing students and teachers to return to campus. Athletes have been on campus for conditioning programs, wearing masks and following protocols while working in cohorts.

Most athletic directors and coaches are confident there will be high school sports before the school year ends in June. Some high school football coaches have discussed playing county-only football schedules, even if it requires them to play outside of the CIF-sanctioned space.

Hancock College has opted in to the 2021 athletic spring season in hopes of playing early this year.

The California Department of Public Health has communicated with CIF to work on bringing sports back to the state and another update is expected as soon as next week.

Cal Poly has hosted some events on campus, like men's and women's basketball and hopes to play football in February.

The now 6-foot-1, 195-pound hurler put together one of the finest pitching careers this area has ever seen. For his efforts, he's the first nominee for the Times' Player of the Decade contest. There will be 16 nominees announced over the coming weeks.