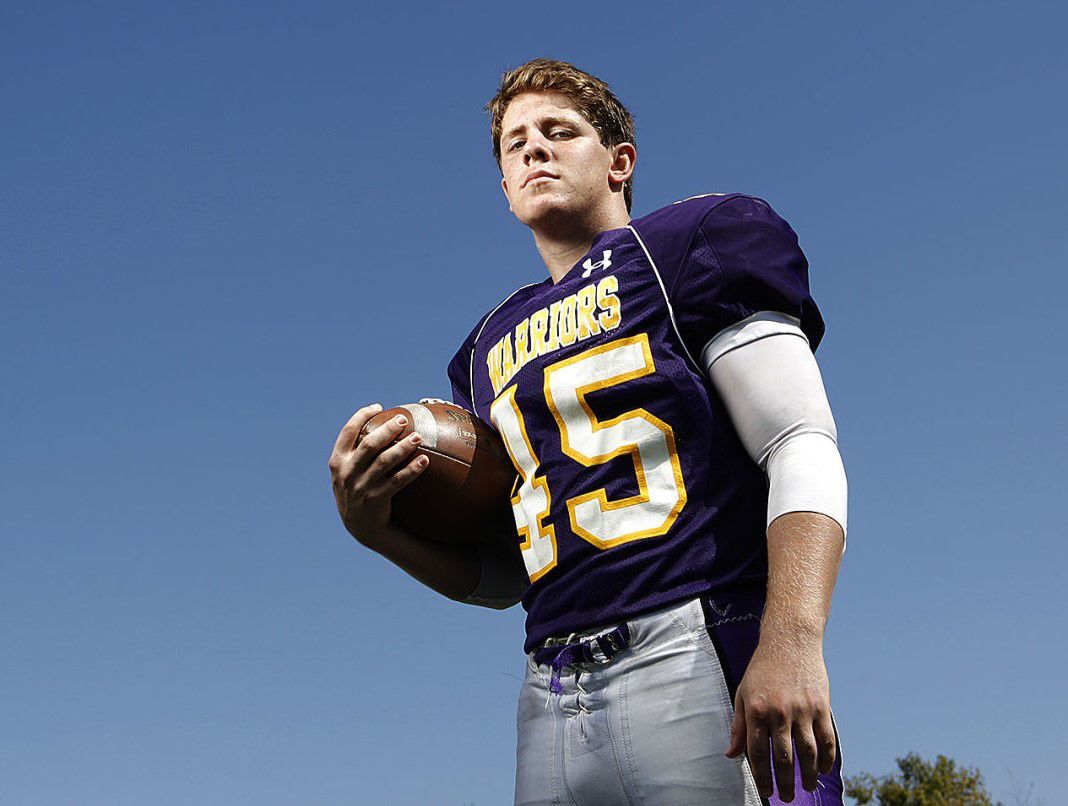 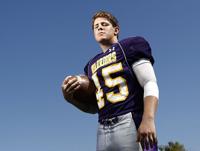 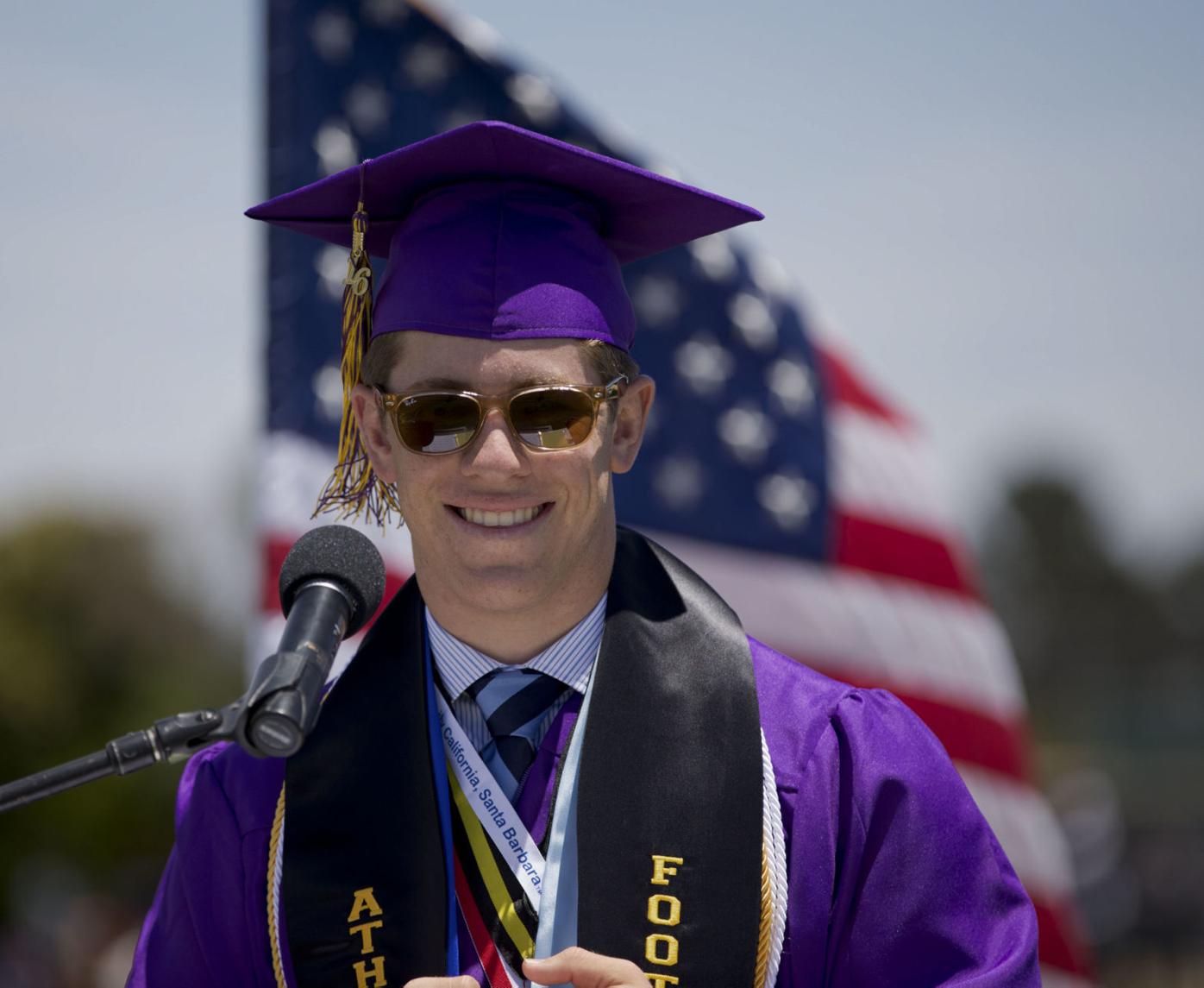 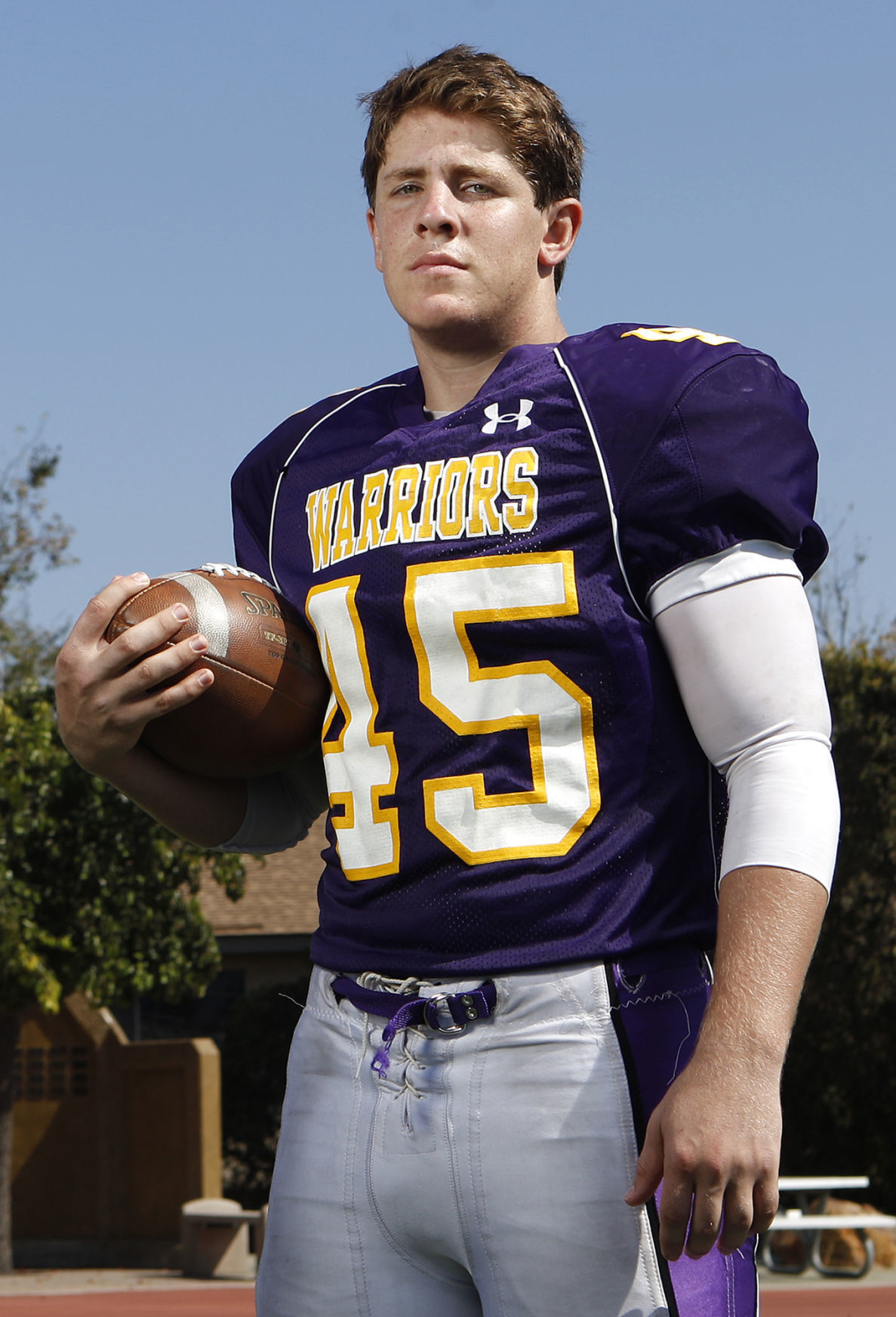 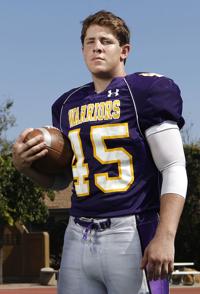 Zach Burg earned All-League and All-Area honors during his football days at Righetti, but he was also his class's co-valedictorian who had a 4.77 GPA throughout high school. 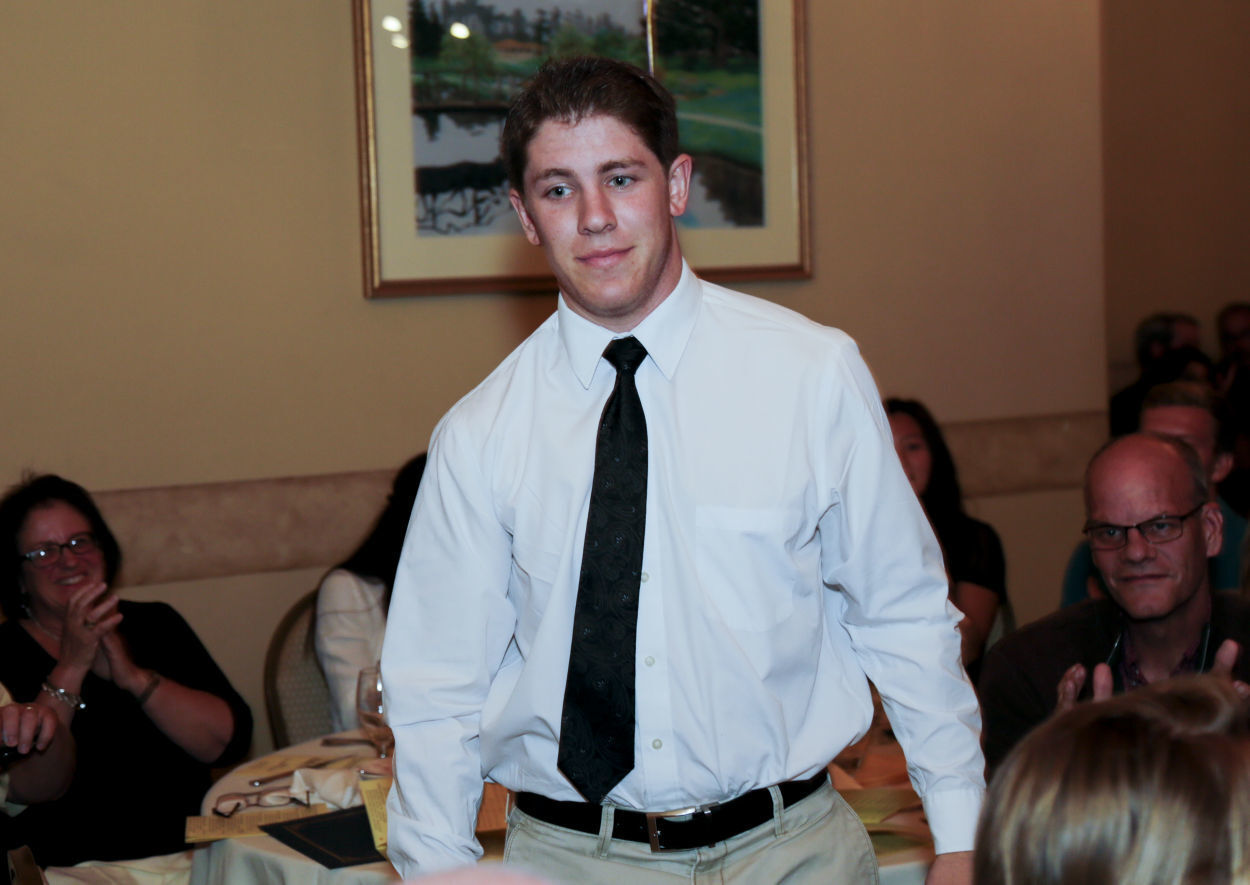 Male Scholar Athlete of the Year Zach Burg, of Righetti High School, walks to the lectern to receive his award during the Northern Santa Barbara County Athletic Roundtable Recognition Banquet on May 26, 2016.

Zach Burg earned All-League and All-Area honors during his football days at Righetti, but he was also his class's co-valedictorian who had a 4.77 GPA throughout high school.

Male Scholar Athlete of the Year Zach Burg, of Righetti High School, walks to the lectern to receive his award during the Northern Santa Barbara County Athletic Roundtable Recognition Banquet on May 26, 2016.

Zach Burg was a pretty darn good football player during his days at Righetti High.

During his senior season, for instance, Burg had one of the highest sack totals in the area when he piled up 12 1/2 in 10 games during the 2015 campaign.

But that season wasn't a fluke. Burg consistently pressured quarterbacks during his days in purple and gold. In 21 varsity contests, Burg was credited with 16 1/2 sacks and 12 other tackles-for-loss.

Though he was a 6-foot-1, 200-pound defensive lineman, Burg didn't solely rely on his physical traits to get where he needed to go on the football field. Rather, he was a relentless and crafty defender, adeptly using angles and leverage to out-maneuver his opponents.

When Burg combined his strength and quickness with his sharp mind, he was nearly unstoppable. Yes, Burg was a physical player, but he clearly had another advantage on the football field: His mind.

Burg's senior year of high school included being named the Northern Santa Barbara County Athletic Round Table Scholar Athlete of the Year and his class's co-valedictorian.

Burg compiled a 4.77 GPA at Righetti. He has since gone on to USC to study business. He earned that lofty GPA while playing three sports at Righetti — football, wrestling and track and field. He was named a captain for all three teams.

Burg since earned his bachelors in business administration captain of all three teams. He was an All-League and All-Area selection in football and was part had a strong senior season in wrestling, finishing ranked in the top eight of his division in CIF.

During his acceptance of the Scholar Athlete of the Year winner in May of 2016, Burg took the time to credit one of his wrestling coaches, Justin Bronson, with helping him develop into a top athlete. Bronson "taught me what it meant to work hard, stay disciplined and anything is possible," Burg said at his Round Table acceptance speech in 2016.

For his career, Burg made 97 total tackles (50 solo) with 16 1/2 sacks for 96 yards lost. He was also used as a short-yardage back and had 10 carries for 35 yards and a touchdown. Burg was named to the First Team All-Area Defense in 2016. He was also named to the First Team All-PAC 5 League defense that year. He earned All-PAC 5 honorable mention during his junior season.

Burg received some recruiting interest from Ivy League schools, but ultimately decided to move on from the game and focus on his schooling after high school.

Burg's career at Righetti is being highlighted as part of "The Other Guys" series, which aims to feature standout football players who may have been overlooked during their careers. Submissions for athletes to be featured as part of the series can be sent to the author.