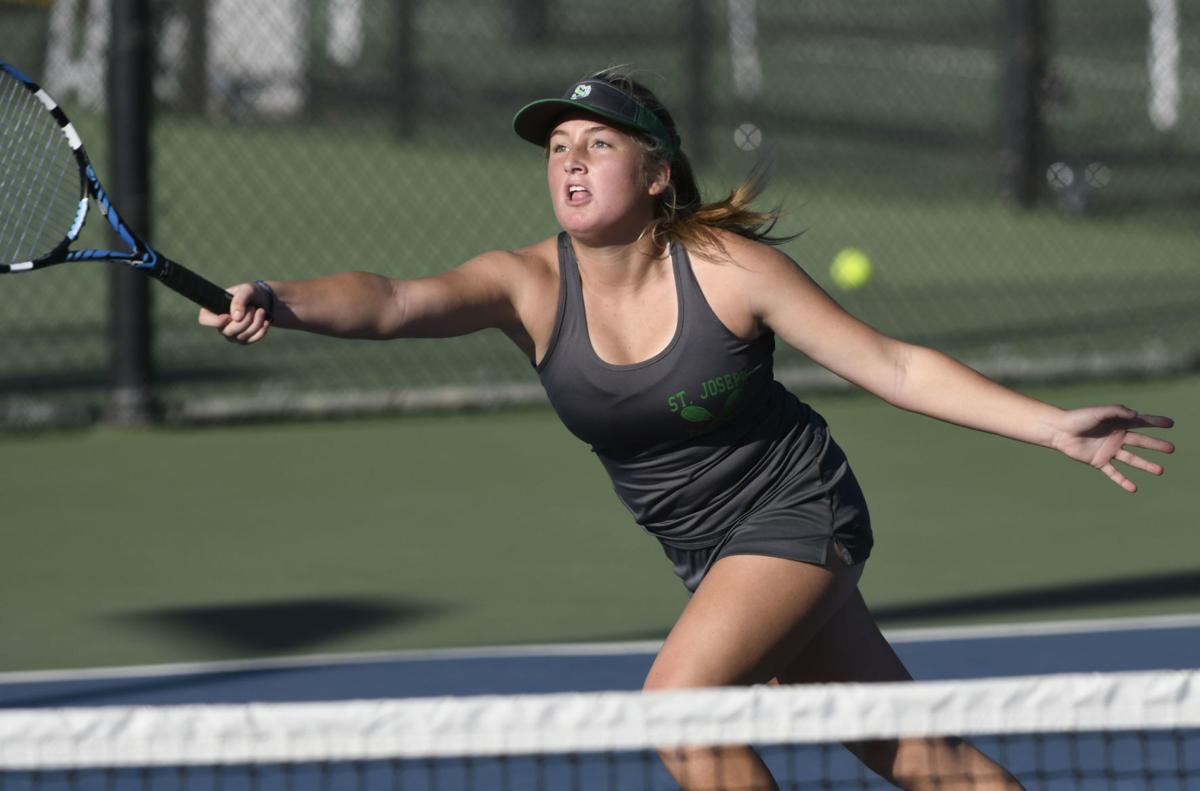 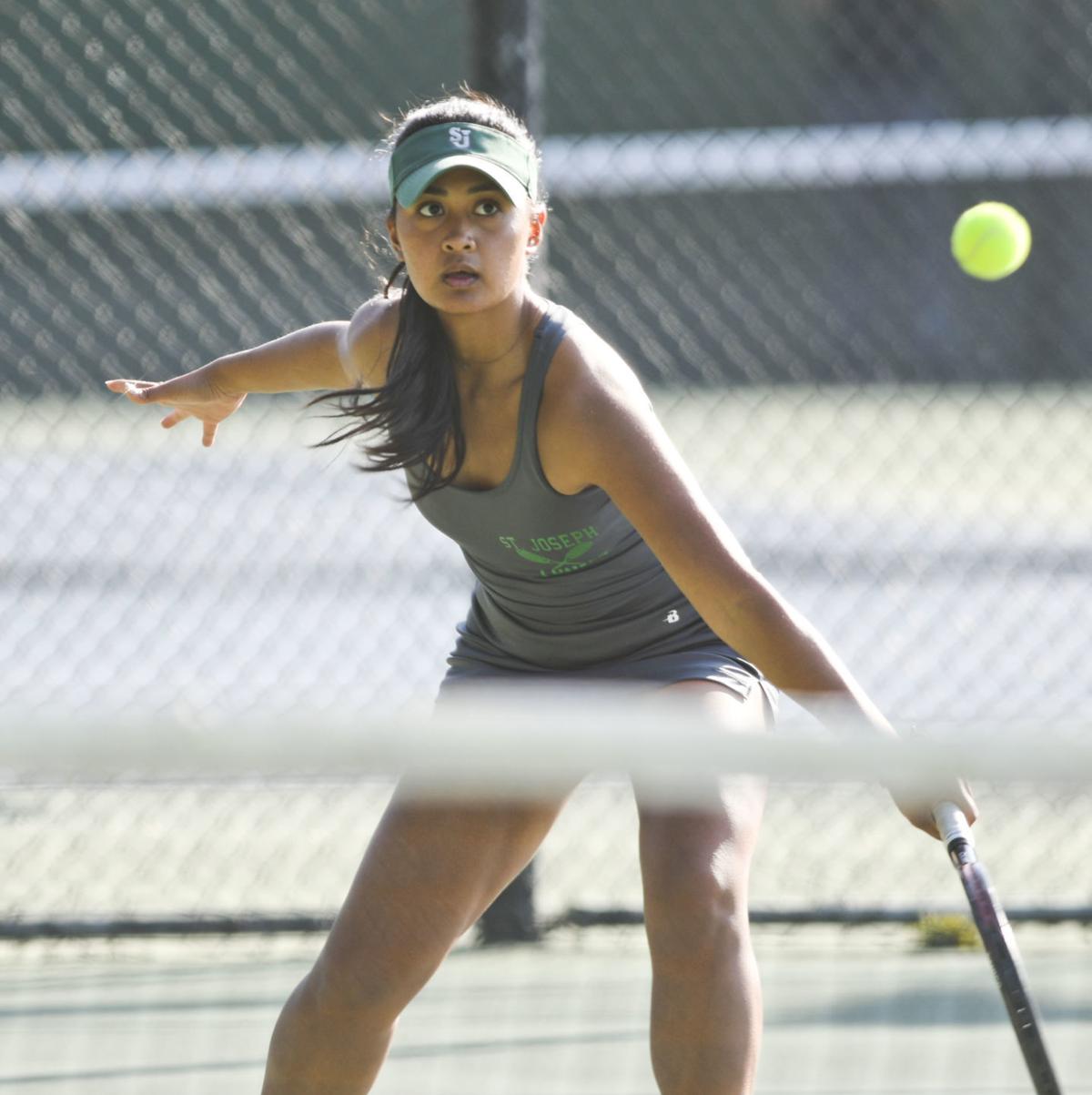 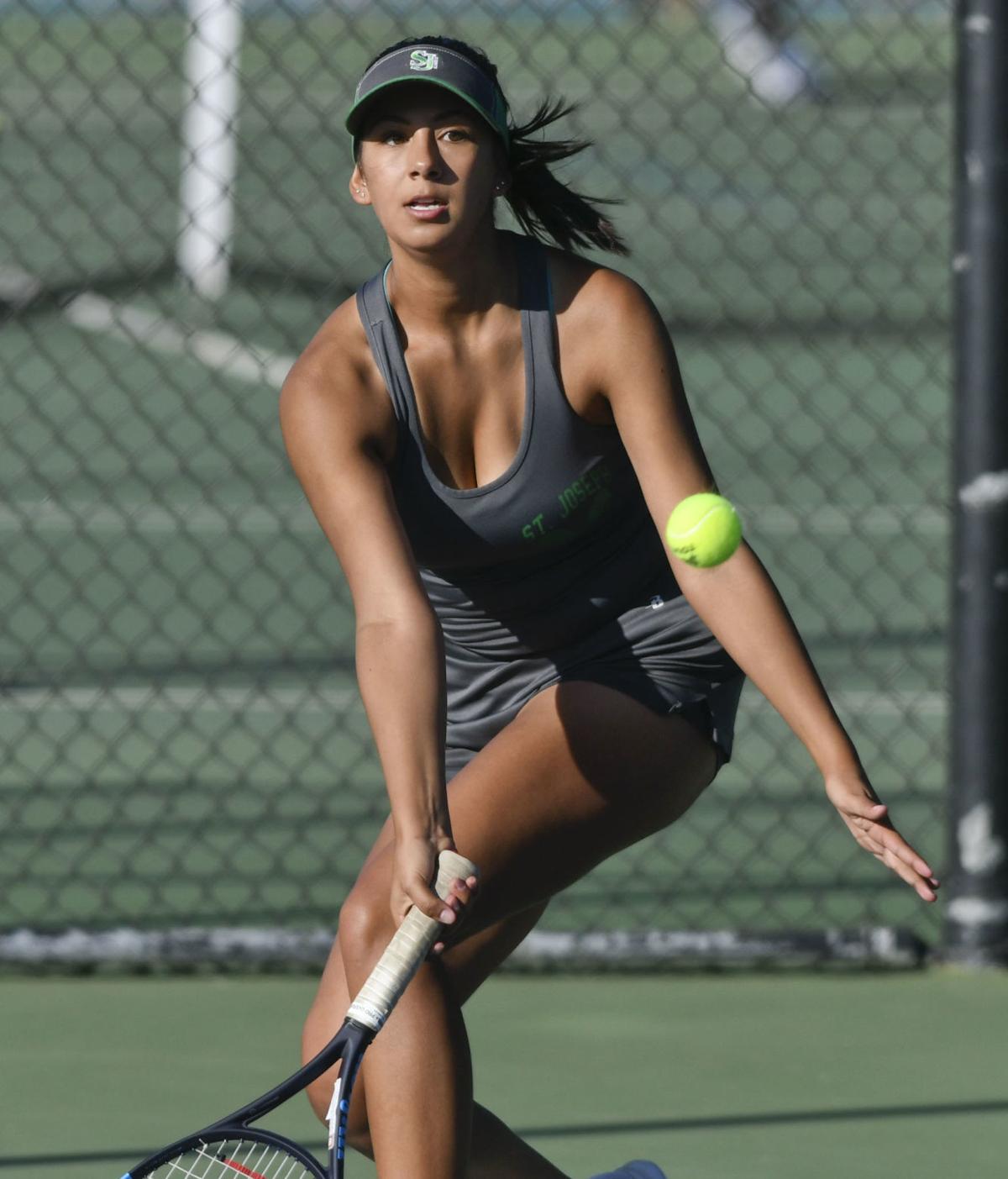 Until local sports resume, we are highlighting some of our favorite moments from past year. Today, we look at St. Joseph's wild run in the CIF Central Section tennis playoffs, where the Knights scored a semifinal win over Bakersfield's Centennial High last November.

Her winner wrapped up a 6-0, 6-2 win for Wilson and partner Shianne Gooley over Bakersfield Centennial’s Aleyna Young and Kate Yackovich in the No. doubles match that gave the Knights their clinching fifth point.

The No. 2 Knights eventually beat the No. 3 Golden Hawks 6-3 at Santa Maria Country Club.

“No,” Wilson replied quickly when she was asked if it had sunk in for her that the Knights were headed to the first sectional final for a St. Joseph girls tennis team in recent memory.

The Knights were playing for the second time without injured Michahjuliana Lundberg, their number two singles player. St. Joseph won four of six singles and two of three doubles sets against a Centennial team that looked much more impressive than its 14-15 record.

“I’m very happy with how the girls played, and they have done well to advance this far,” said Trish Gooley.

With the injury to Lundberg, “I thought the girls handled the change in the lineup very well.”

“We‘ve been working all season for this,” said Brickey. “We (got a three-way share of the Mountain League title). Our goal is to win the (Division 2 championship).

Wilson and Shianne Gooley became a doubles team late in the season after Haskell, Wilson’s partner at the time, was injured.

“Shianne and I have been friends since we were 13, we’d played together (before the season started), so that made it easier.”

Wilson, a senior, was home schooled before she attended St. Joseph the second semester of her junior year.

She and Shianne Gooley, with a display of power tennis and well-angled shots, rattled off the first 11 games against Young and Yackovich and, up 30-0 on Gooley’s serve, were two points from a love-and-love victory.

The Centennial pair rallied to break Gooley’s serve, and Young held hers. However, Wilson held at love to finish it.

“Young and Yackovich are a good doubles team, they’re very consistent, but me and Emily have been really good together,” said Shianne Gooley. “Our communication is really good.”

St. Joseph was up a set and a break at top-ranked Sanger in the deciding doubles match in the final, but the Apaches rallied to win.

St. Joseph shared the Mountain League title with San Luis Obispo and Arroyo Grande. Arroyo Grande had to forfeit a win against St. Joseph because of an incorrect lineup sheet.

The Knights were without Lundberg the entire playoffs after the freshman injured her foot in the last game of the second set of the team’s regular season finale, a non-league match.

Lundberg never lost in singles and lost just once in doubles that year.

“MJ is still part of the team in every way, even though she’s not playing, with the way she’s been supporting us at the matches,” Shianne Gooley said after the St. Joseph semifinal win.