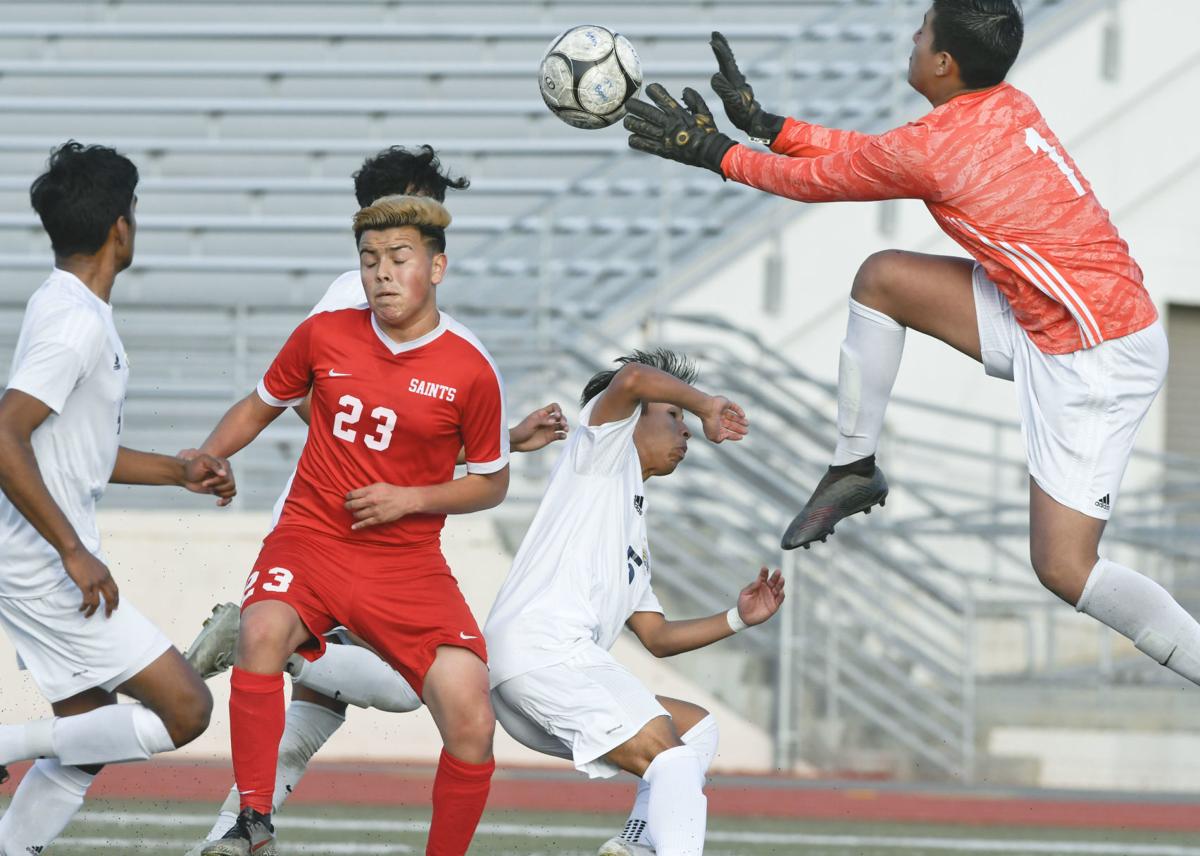 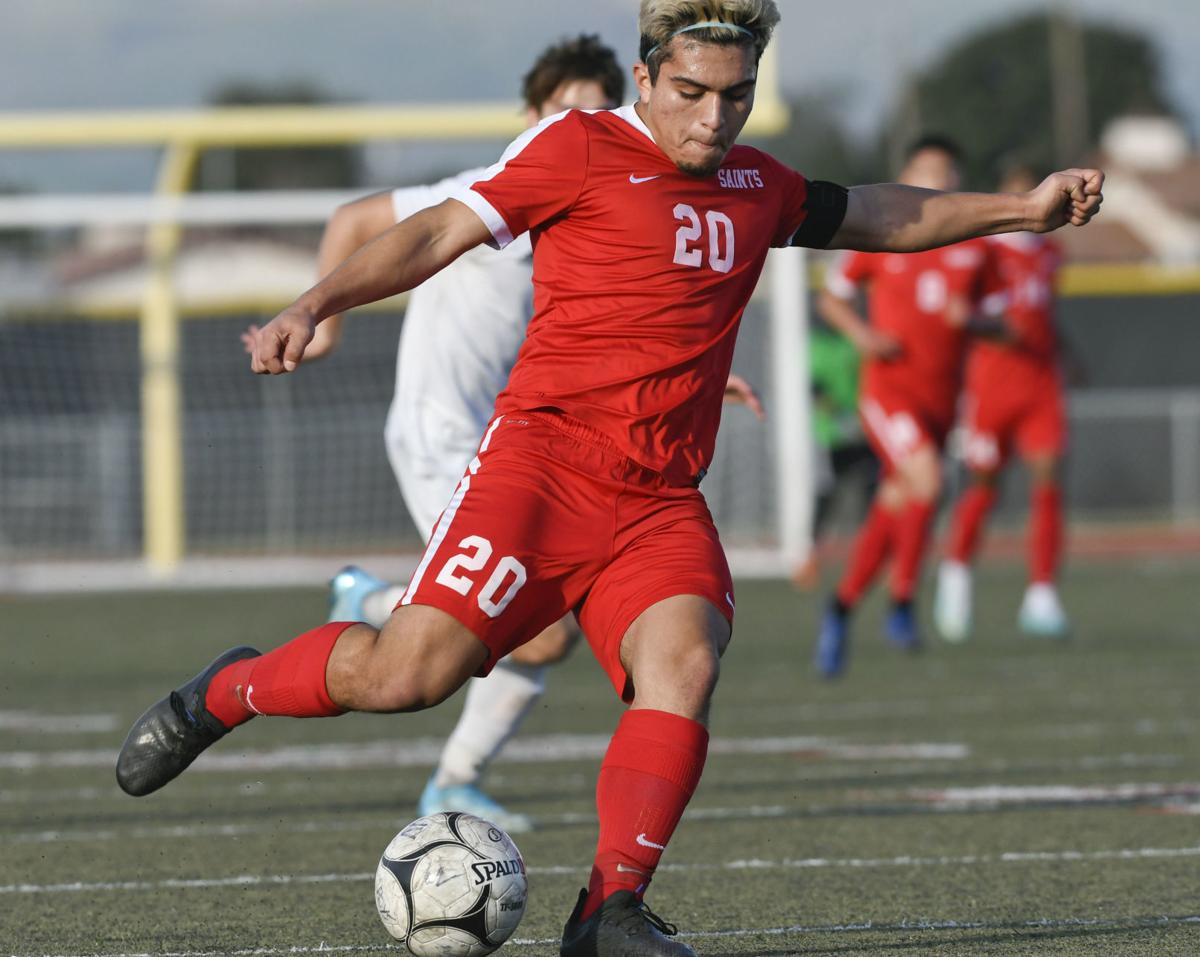 Santa Maria's Clemente Tapia shoots against Arroyo Grande in the first half. 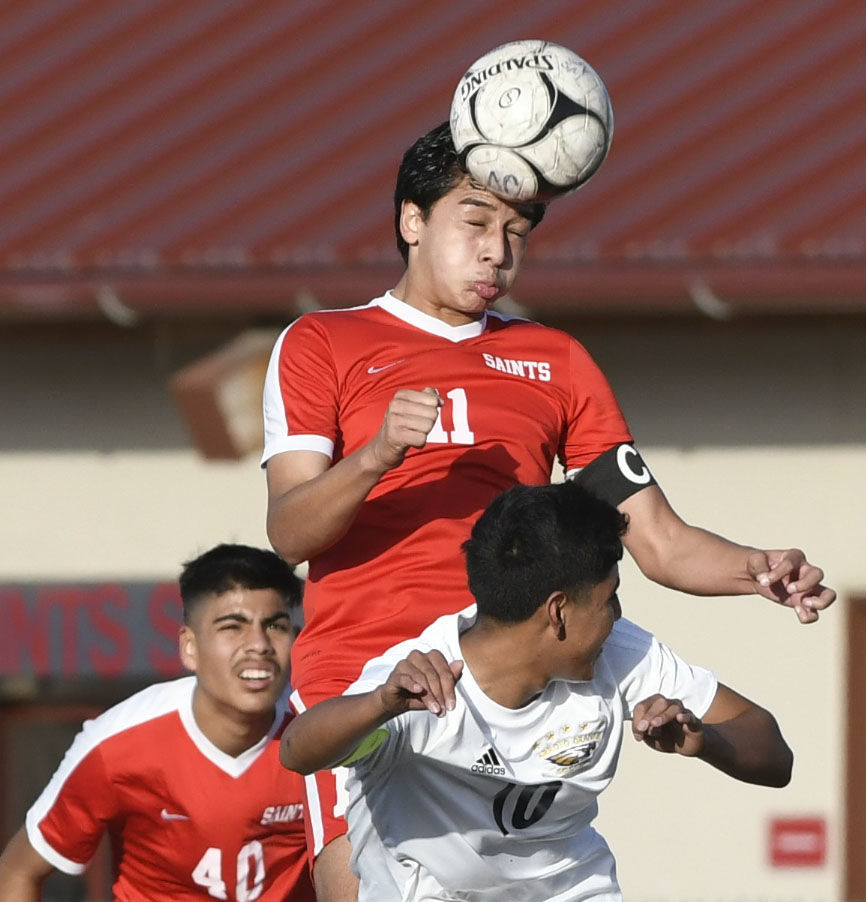 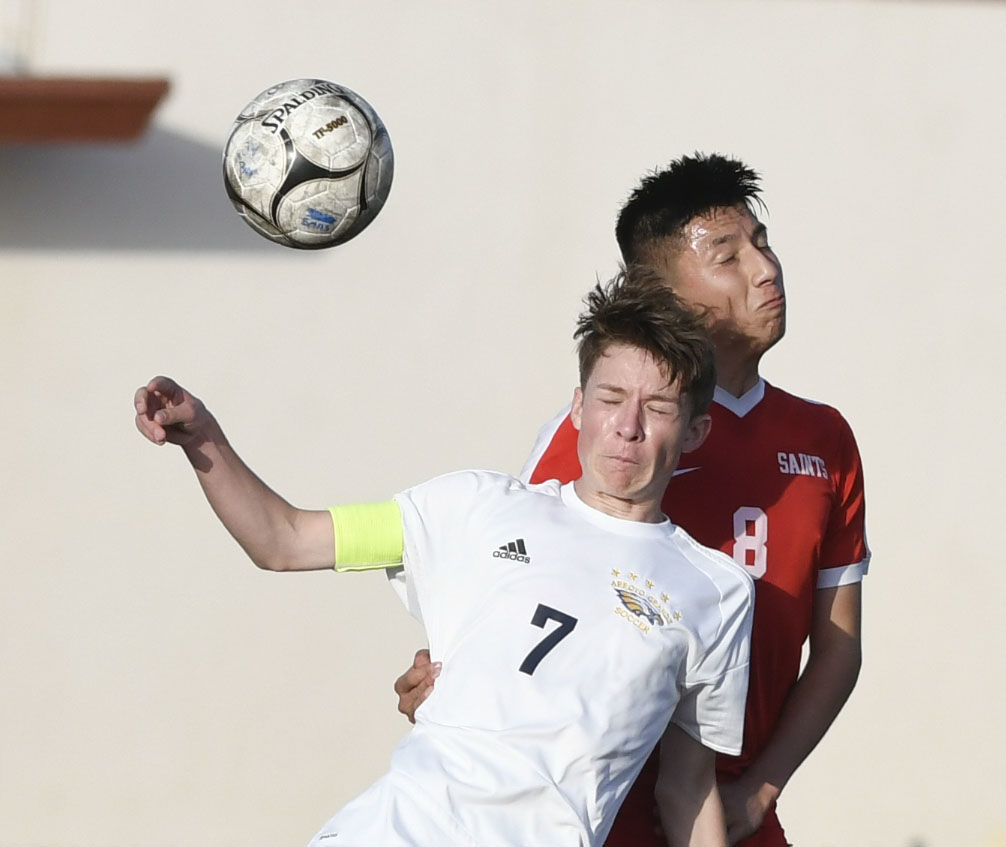 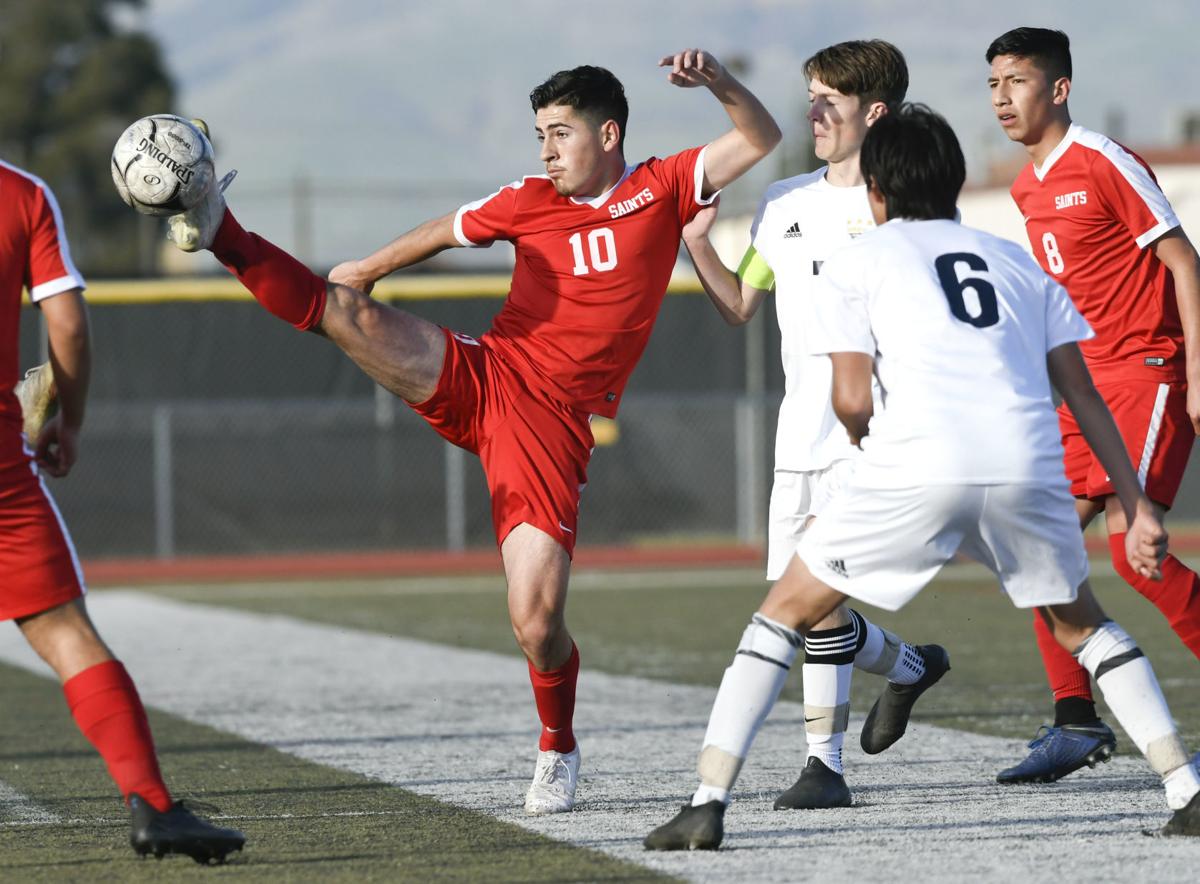 After controlling the ball most of the first half Tuesday, Santa Maria had one good chance to score in the second.

Clem Tapia made it count.

After breaking free on the left side of the Arroyo Grande penalty box, Tapia took Javier Real’s pass from the right side in the 38th minute after the break and knocked the ball in, just under the top post, to give the Saints a 1-0 win in a big Mountain League boys soccer game at Santa Maria’s Ralph Baldiviez Stadium.

“I saw the ball coming, I saw my chance and I scored,” he said.

Santa Maria had the ball on Arroyo Grande’s end most of the first half, and the Saints had the best chances to score.

An offside call nullified an early Santa Maria goal. Arroyo Grande goalkeeper Martin Villagomez made a diving save, and a Santa Maria header several minutes later went wide right by about a foot.

Tapia and Real gave the Eagles a lot of trouble with their ballwork and Saints defender Erick Cardenas covered most of whatever the Eagles tried deep.

Things changed abruptly in the second half. The Eagles took the attack to the Saints from the outset after the break.

Goalie Osvaldo Andrade bailed the Saints out in the second half. He made five saves then, including a diving one to his right and one when he grabbed the ball with Eagles attackers practically on top of him in the Santa Maria penalty box.

The Saints withstood a big half of offense by Eagles Alan Munoz and Josh Rojas. The Eagles consistently got the ball deep in Saints territory by driving down the left side.

Arroyo Grande also successfully pressured the Saints’ ballhandlers in their own end and picked off Santa Maria passes deep in the Saints’ end multiple times.

“Taking care of the ball in the back has been a challenge for us,” said Cuna.

“We’ve been working a lot on that. Little by little, we’re getting to where we want to be.”

Erik Guerrero and Ricky Romero both tallied twice, Niko Rocha had three assists, and the Pirates (6-3-1) rolled to a cross-section win over the Knights at Santa Ynez.

Declan Pollenz scored a Santa Ynez goal. Guerrero and Leo Valencia both had an assist.

This first round CIF Central Section Division 1 playoff game started 40 minutes late Tuesday night. When it finally did start, it did not take…

Pioneer Valley coach Alan Brafman said his team could not overcome Thursday night what had plagued it all season. The Panthers played some goo…

The Vikings were golden — as in Golden Goal.

The Lompoc Braves chase for the Channel League girls’ soccer championship went down to the final night of the regular season.

Santa Maria's Clemente Tapia shoots against Arroyo Grande in the first half.