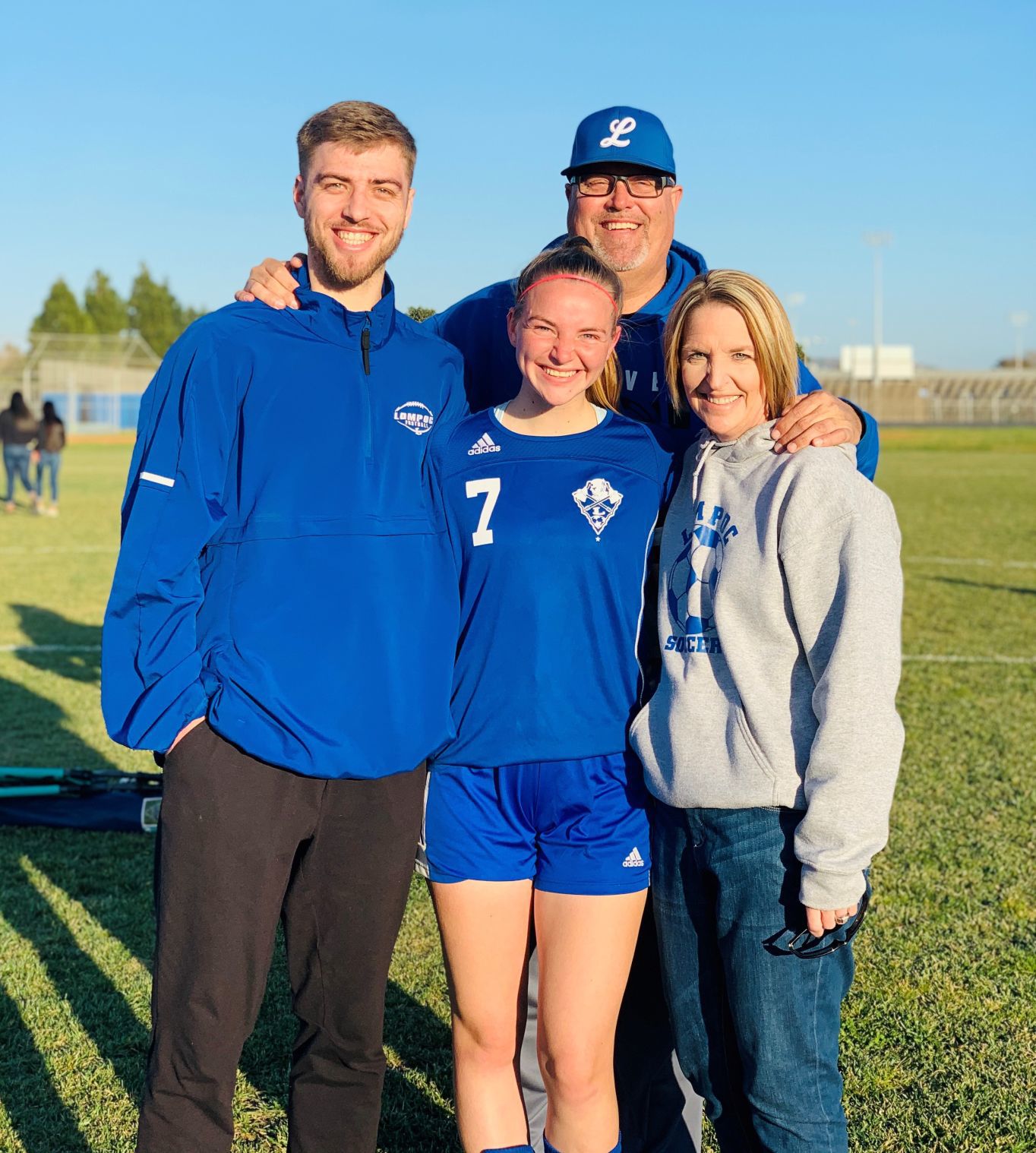 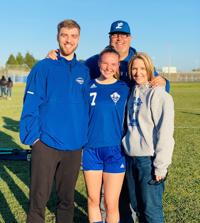 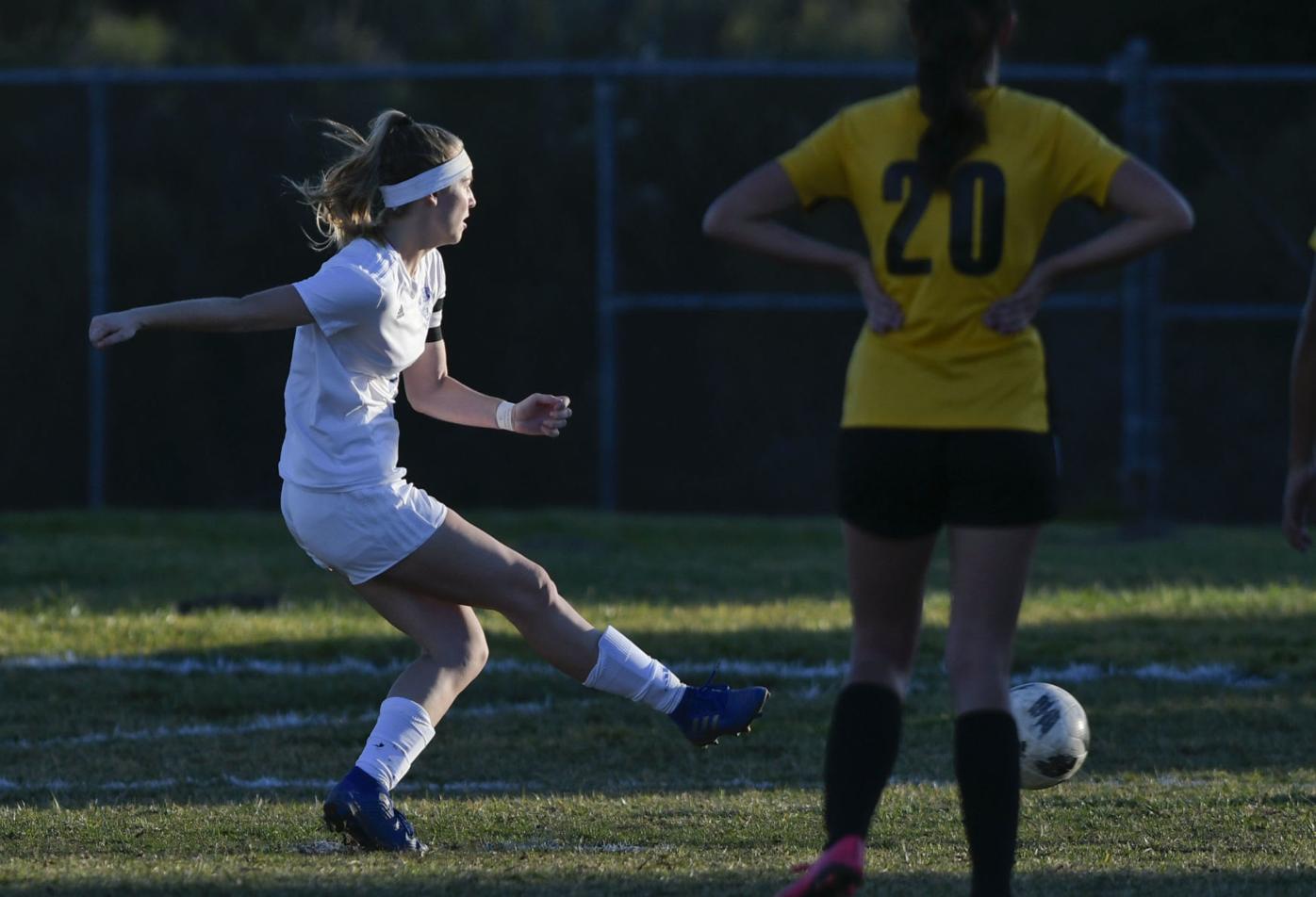 Lompoc's Amy Bommersbach scores on a penalty kick against Cabrillo this past season. Bommersbach was named the Northern Santa Barbara County Athletic Round Table Scholar Athlete of the Year on Thursday. 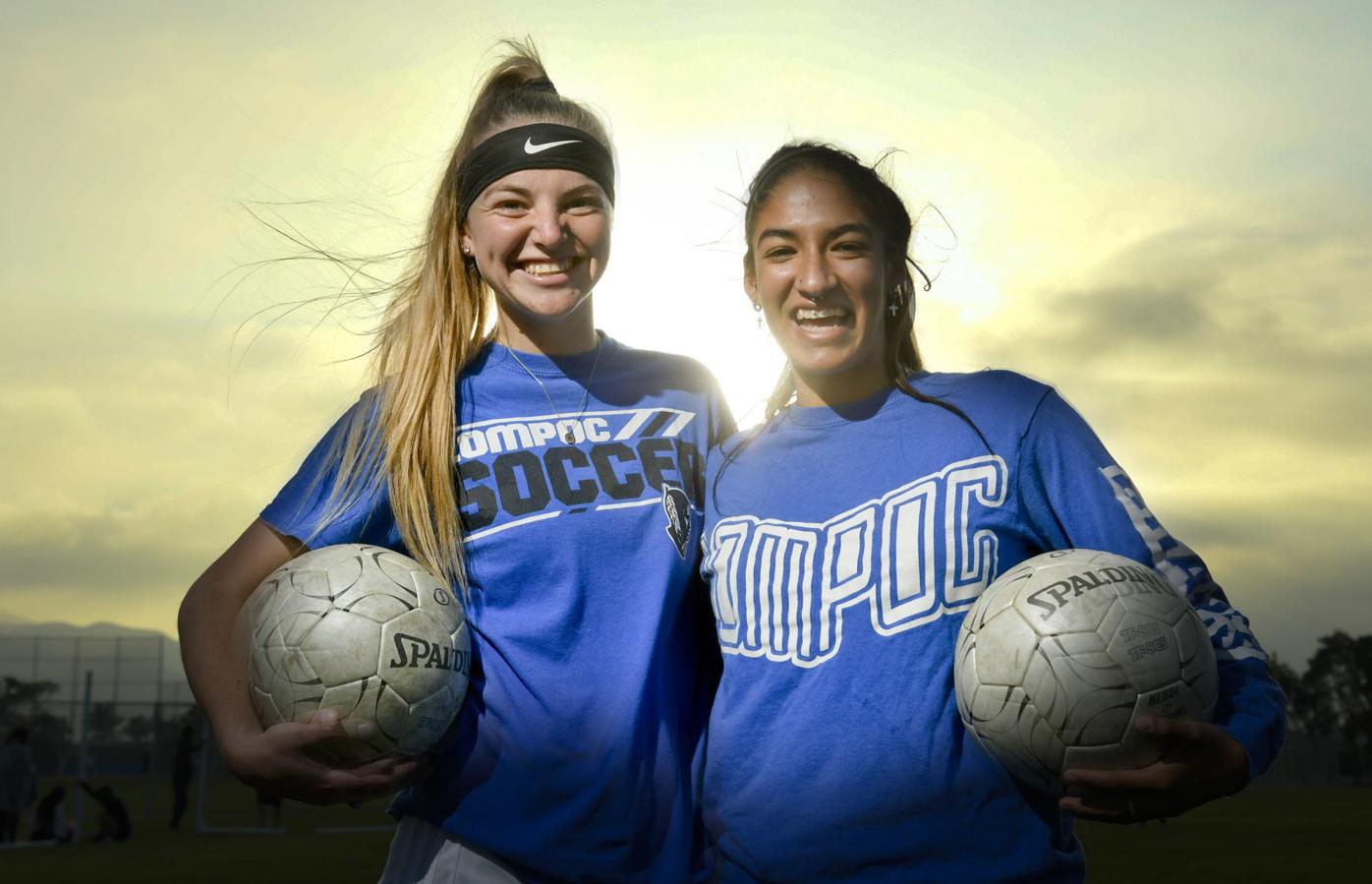 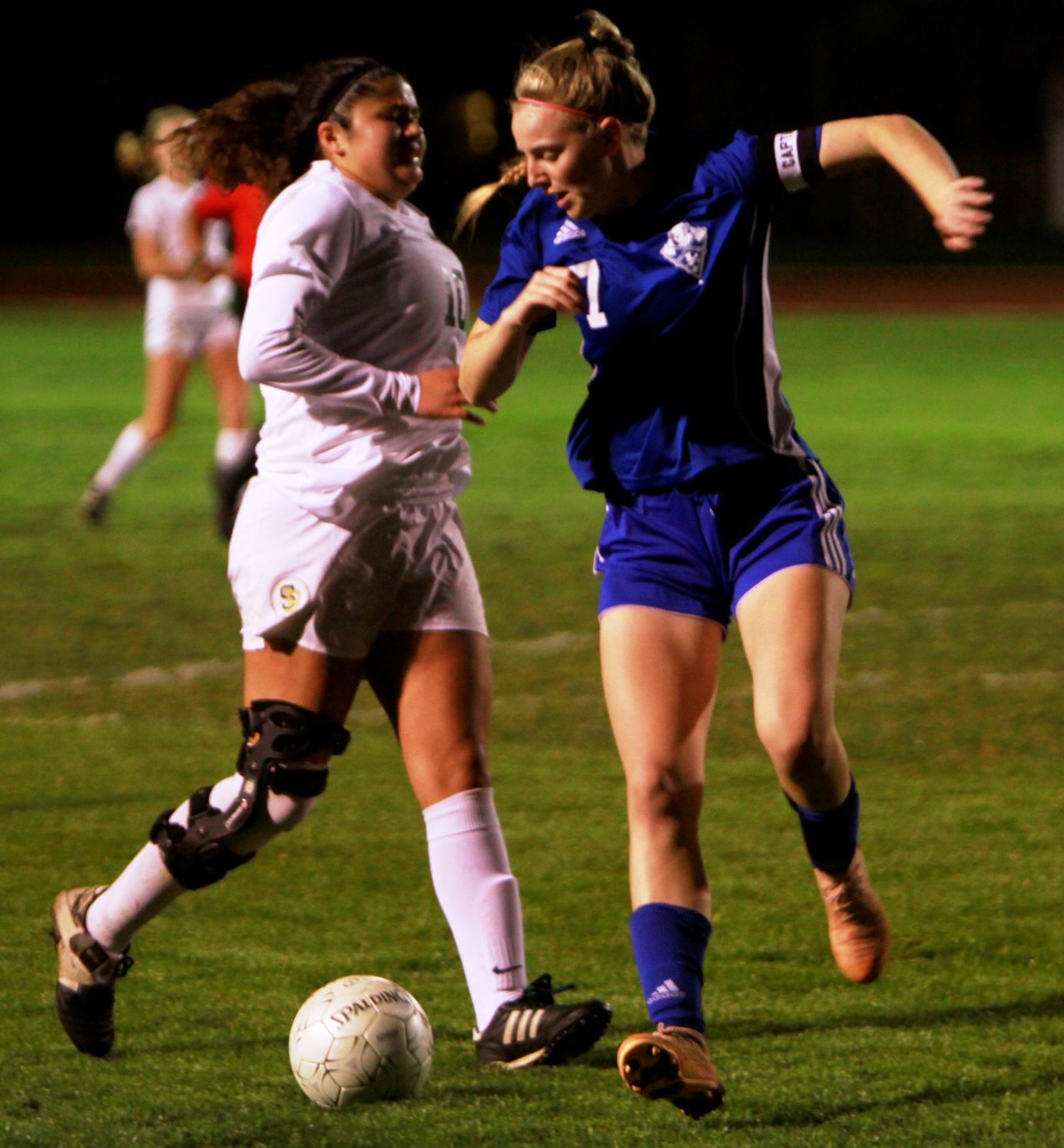 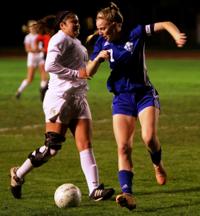 Amy Bommersbach of Lompoc steps in front of the soccer ball during the second half against Santa Barbara. 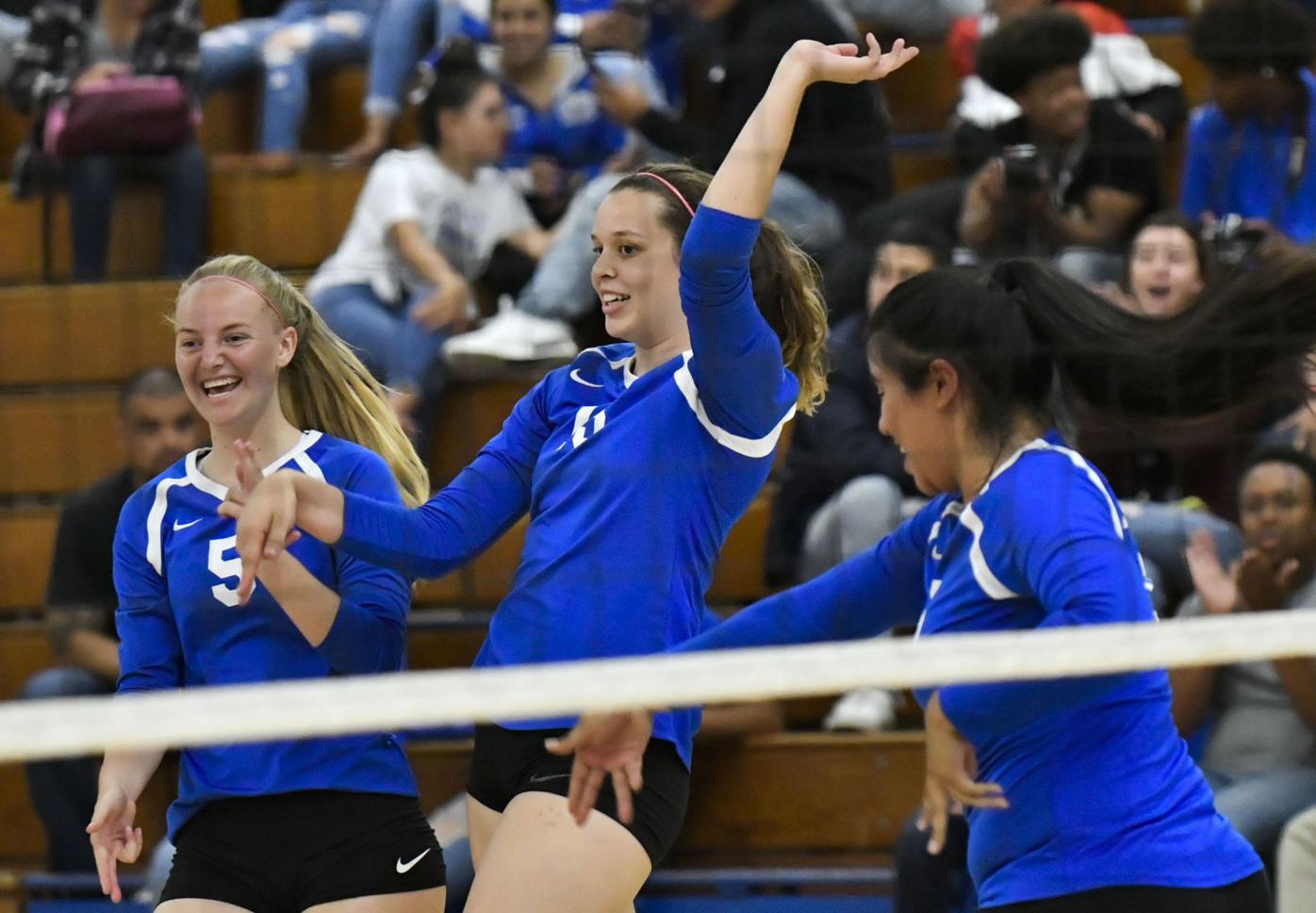 Lompoc's Amy Bommersbach scores on a penalty kick against Cabrillo this past season. Bommersbach was named the Northern Santa Barbara County Athletic Round Table Scholar Athlete of the Year on Thursday.

Amy Bommersbach of Lompoc steps in front of the soccer ball during the second half against Santa Barbara.

“The apple doesn’t fall from the tree,” may sound like a cliche, but Lompoc High School senior Amy Bommersbach has made her career choice because of her parents’ careers.

“I want to be an elementary school teacher,” she said. “Of course I got my interest in the education field because of my parents.”

At Fresno State, she will have the bonus of attending school with her older brother, Cody.

“He has one semester left there,” Amy said.

Bommersbach carries a 4.40 GPA at Lompoc. She was also a four-year varsity soccer player there.

She was the Lompoc High School nominee for the Northern Santa Barbara County Athletic Round Table Female Scholar Athlete of the Year scholarship.

The NSBCART awards its scholarships at its annual awards dinner. The organization cancelled its 2020 dinner because of the COVID-19 pandemic.

As the team’s stopper on defense her senior soccer season, Bommersbach helped the Braves garner a share of the Channel League championship and make it to the second round of the playoffs.

That she missed just one game her senior season, because of a concussion, was sort of a victory in itself for Bommersbach.

“I missed part of my freshman soccer season with an injury. I missed all of my sophomore season because of an injury.

“I got hurt and missed part of my junior season. My senior year, I just missed the one game.”

Bommersbach said, “Not playing competitive soccer will definitely be an adjustment. I’ve been playing it since I was six years old. I’m definitely going to miss it.

Schools statewide have been closed since March because of the COVID-19 pandemic.

“Distance learning hasn’t been too bad, but I’d much rather be in the classroom,” said Bommersbach.

“I may not miss all the work, but I do miss the activity.”