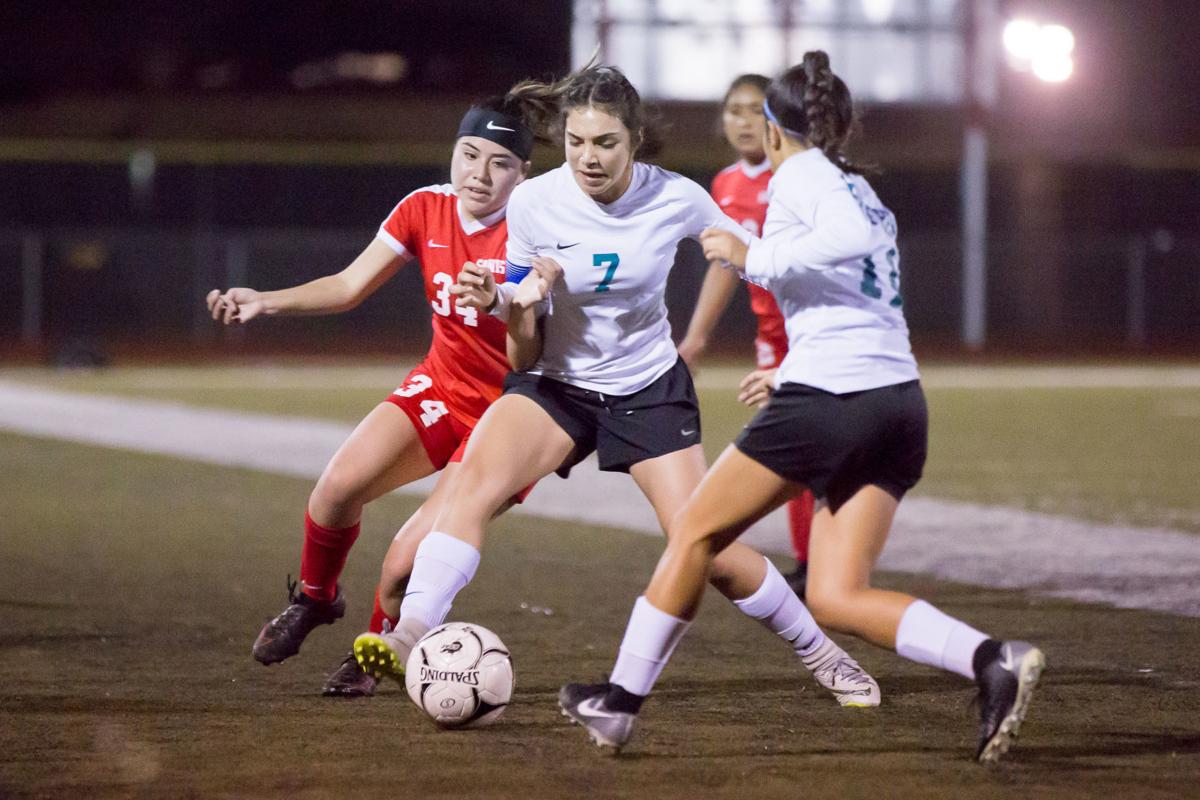 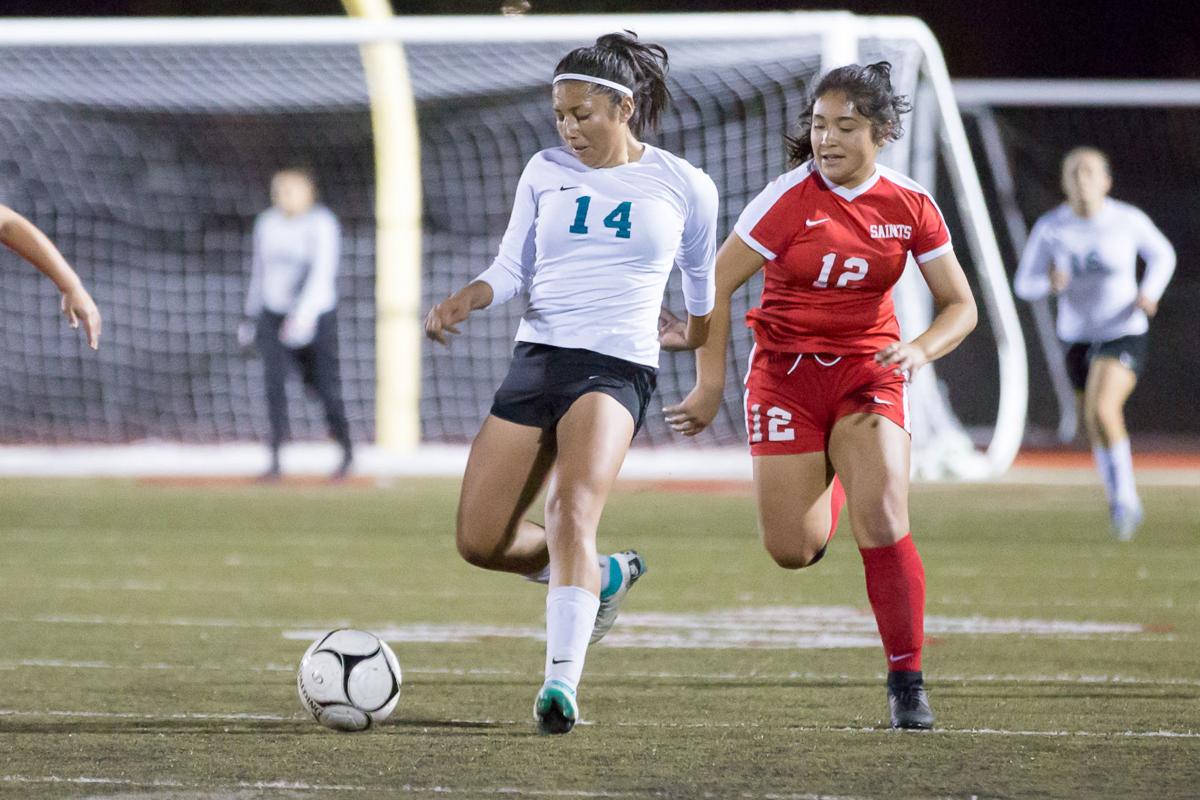 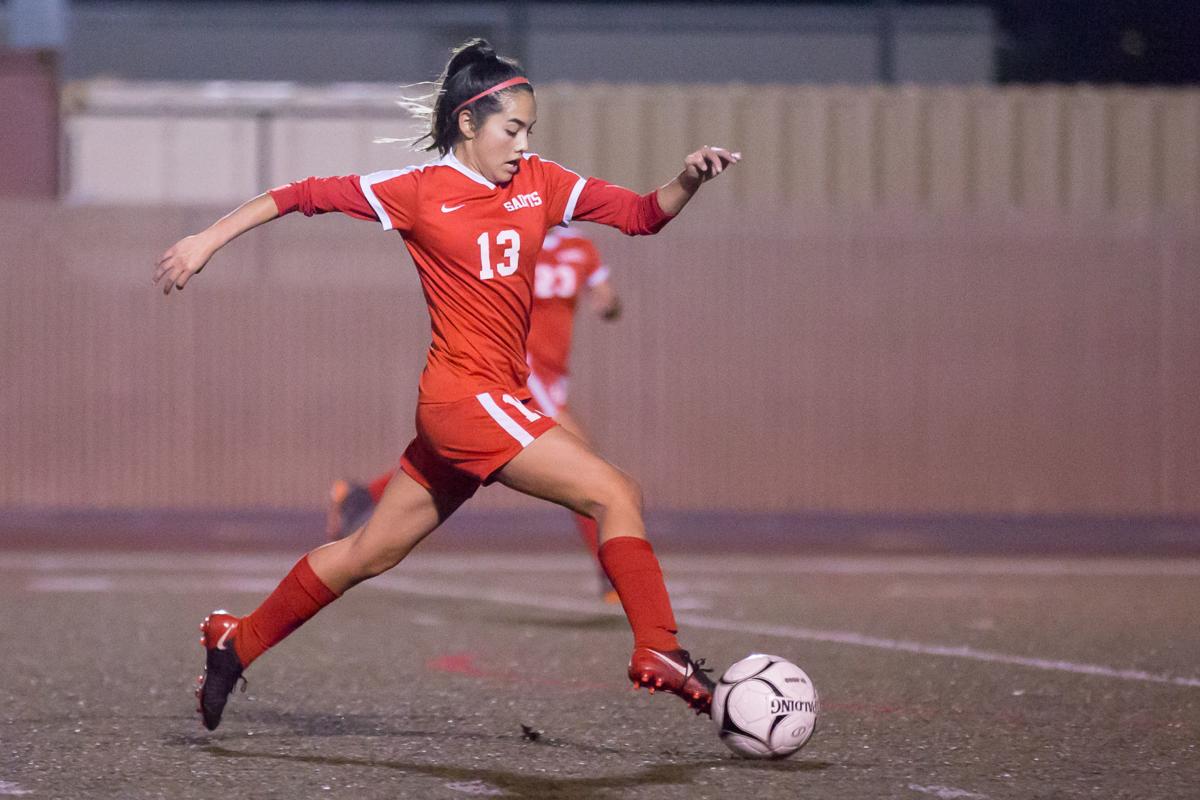 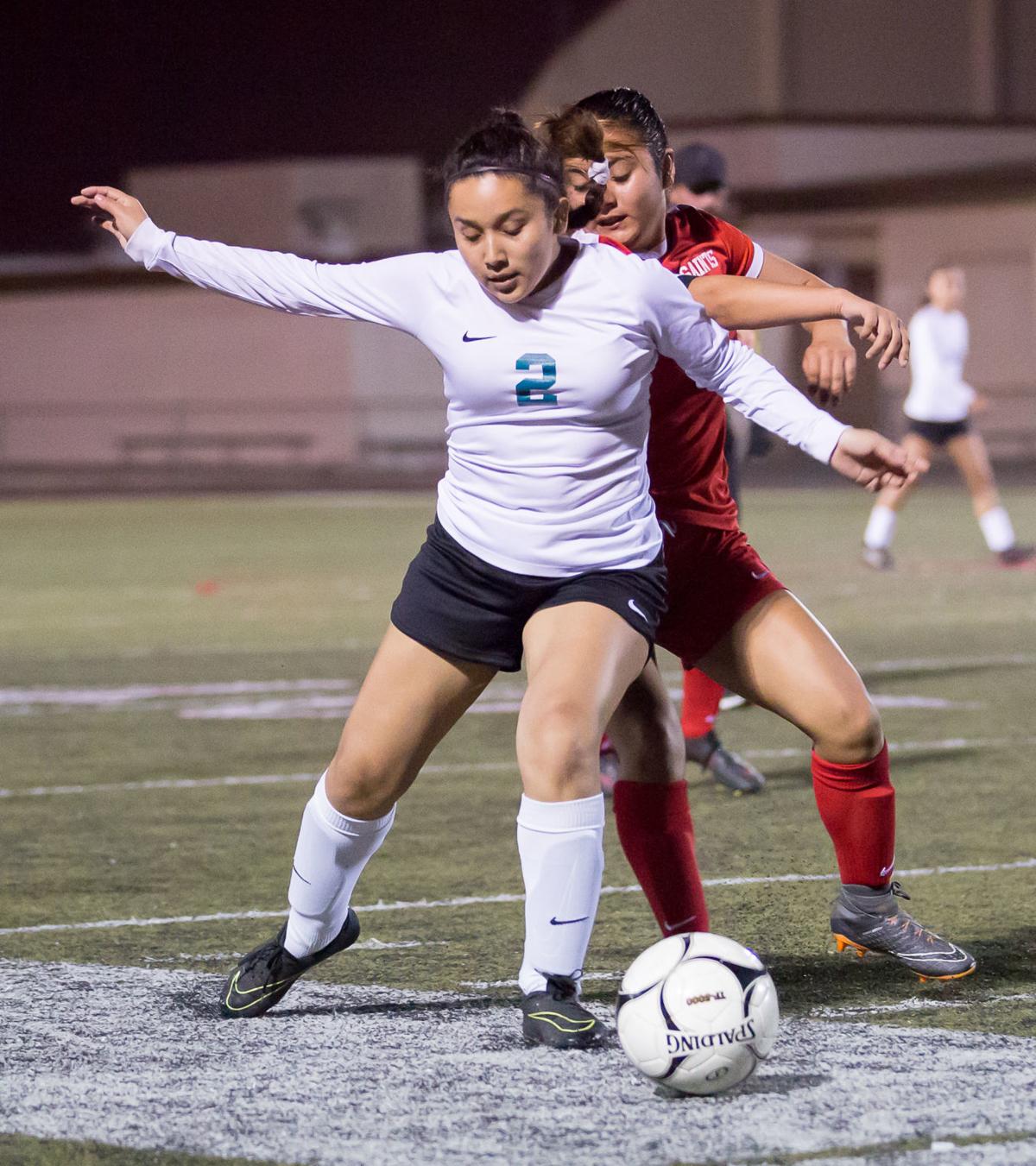 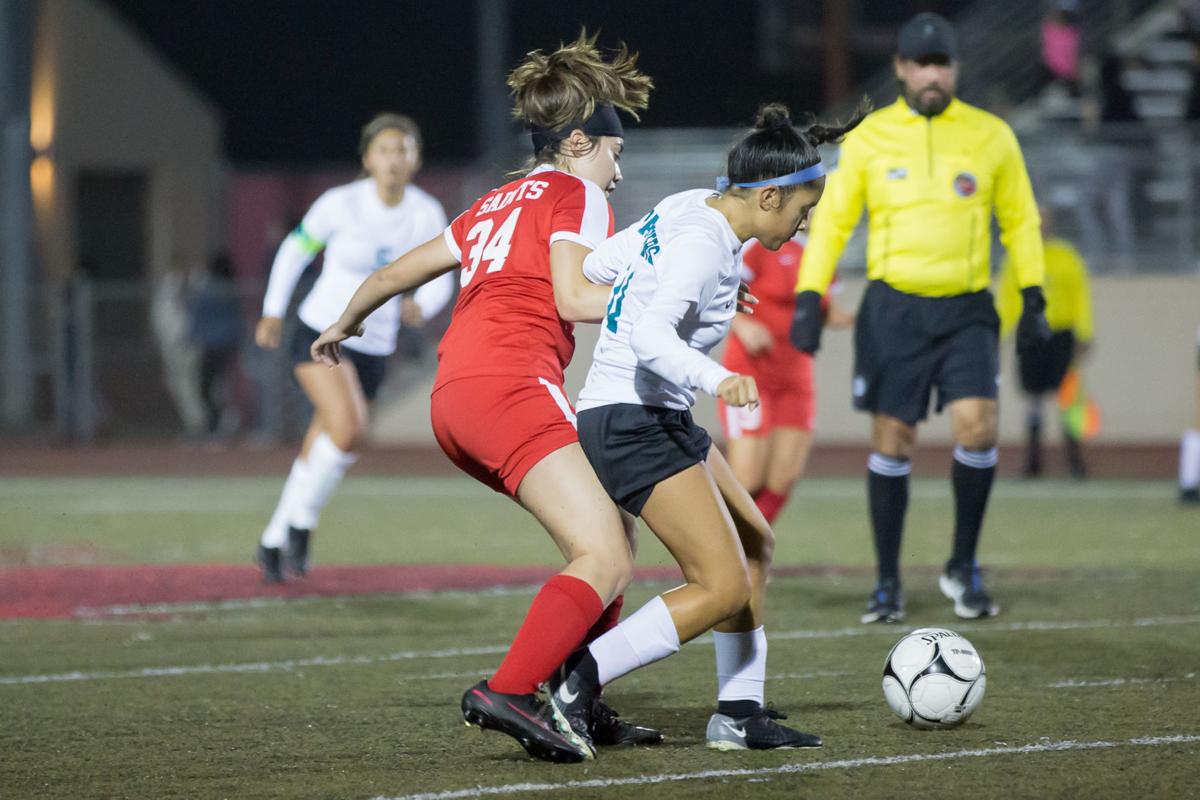 Bella Medina and Kimberly Paulino knew where they wanted their tries to go in the penalty kicks phase Thursday night - high and over the goalkeeper’s head.

Both of them achieved their objective, and as a result the Santa Maria girls soccer team beat crosstown rival Pioneer Valley 4-2 on penalty kicks in an Ocean League game at Santa Maria’s Ralph Baldiviez Stadium.

Medina’s tally put the Saints ahead 3-2 on penalty kicks. Paulino’s score wrapped it up for the Saints, since each team has just one potential shooter left in the round of five penalty kicks.

“I wanted my kick to go high and to the right side of the net,” said Paulino. That’s where it went.

Medina, too, was aiming high, and that’s where the ball went. It nestled high into the net.

With the penalty kicks tied at 2 as she approached for her try, “Oh, yes, I was a little nervous,” Medina said. “But that went away.”

After Medina scored, the next Pioneer Valley try missed high. Paulino then wrapped up the win for the Saints when she scored.

Andrea Aguilar assisted on the Morales goal. Aguilar, and then Morales, scored for the Panthers in the penalty kicks phase.

Medina assisted on the Guerrero goal.

Neither team scored in overtime. The Panthers came closest. Paola Diaz averted an own goal against the Saints.

The St. Joseph Knights won the first half.

Diaz and then Yvette Abundiz scored the first two Saints goals in the penalty kicks phase.

Unlike the CIF Southern Section, the Central Section requires league games to go to penalty kicks to determine a winner.

Both goalkeepers, Guadalupe Solorio for Santa Maria and Amaya Yerba gave their teams some good work. Yerba was particularly active.

Center midfielder Daniela Martinez gave the Saints a lot of good defense. Natalie Lima did the same for the Panthers. Lima cleared out the last Santa Maria ball in regulation.

Pioneer Valley will play an Ocean League game at Morro Bay at 6 p.m. next Tuesday night. Santa Maria will host St. Joseph in a non-league game at the same time.

After a scoreless tie in regulation play and two overtime periods, the Titans won on penalty kicks.  The highlight of the penalty kick stage was Titan goalkeeper Alexis Acosta’s key save on the third penalty try by Orcutt Academy. The Titans scored on four consecutive penalties by Annette Vargas, Iliana Murguia, Heleyna Arreola, and Julissa Diaz.  Orcutt Academy's fourth attempt hit the crossbar ensuring the victory for the Titans.

The Panthers moved to 8-0-1 on the season with a victory in Bakersfield.

The Panthers got their first goal from Jose Fuentes on a penalty kick that was earned by Christian Aparicio.

Centennial then scored in the 63rd minute before Aparicio found the back of the net for the game-winner in the 72nd minute.

"Christian scored on a very nice pass from Jose Fuentes, who I think was the man of the match," Pioneer Valley coach Alan Brafman said.

The Panthers next play host to Dos Pueblos next week, on Dec. 19.