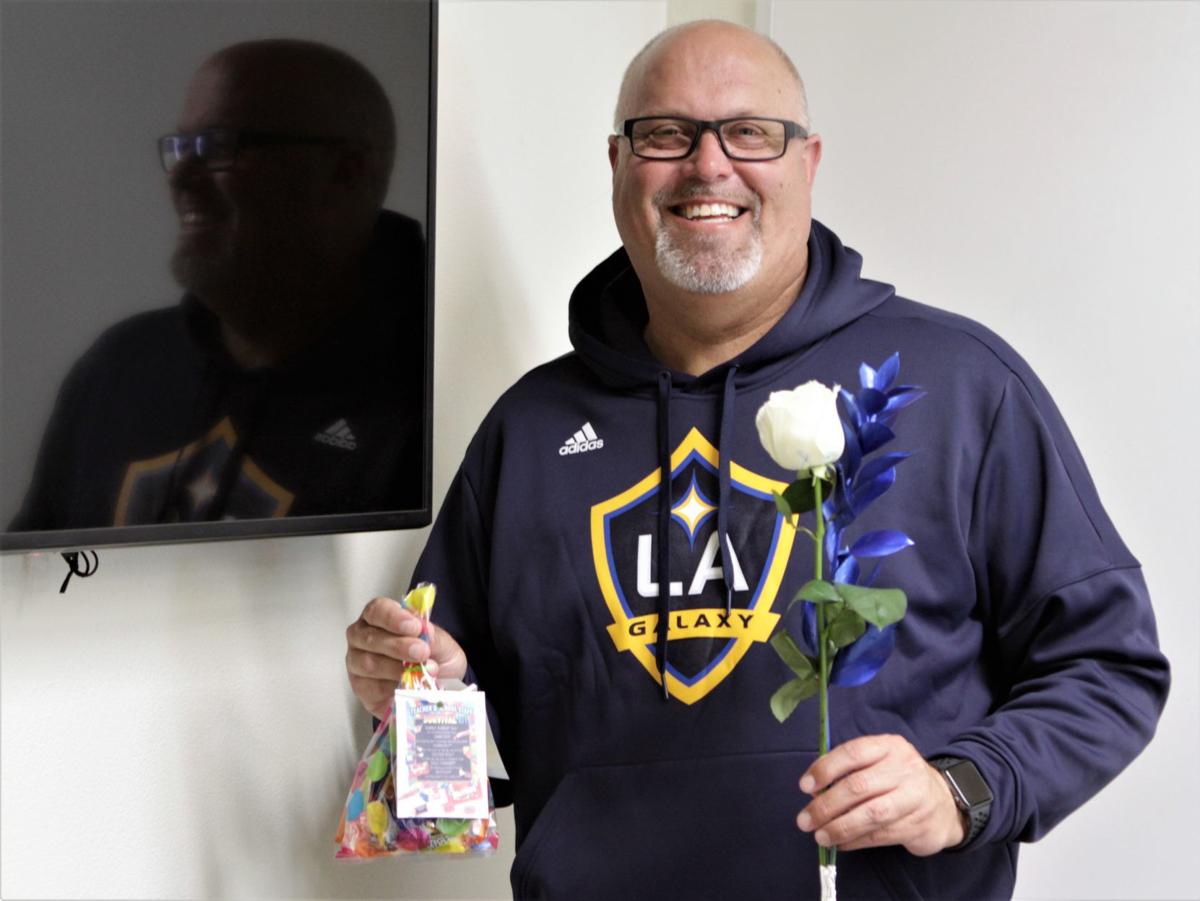 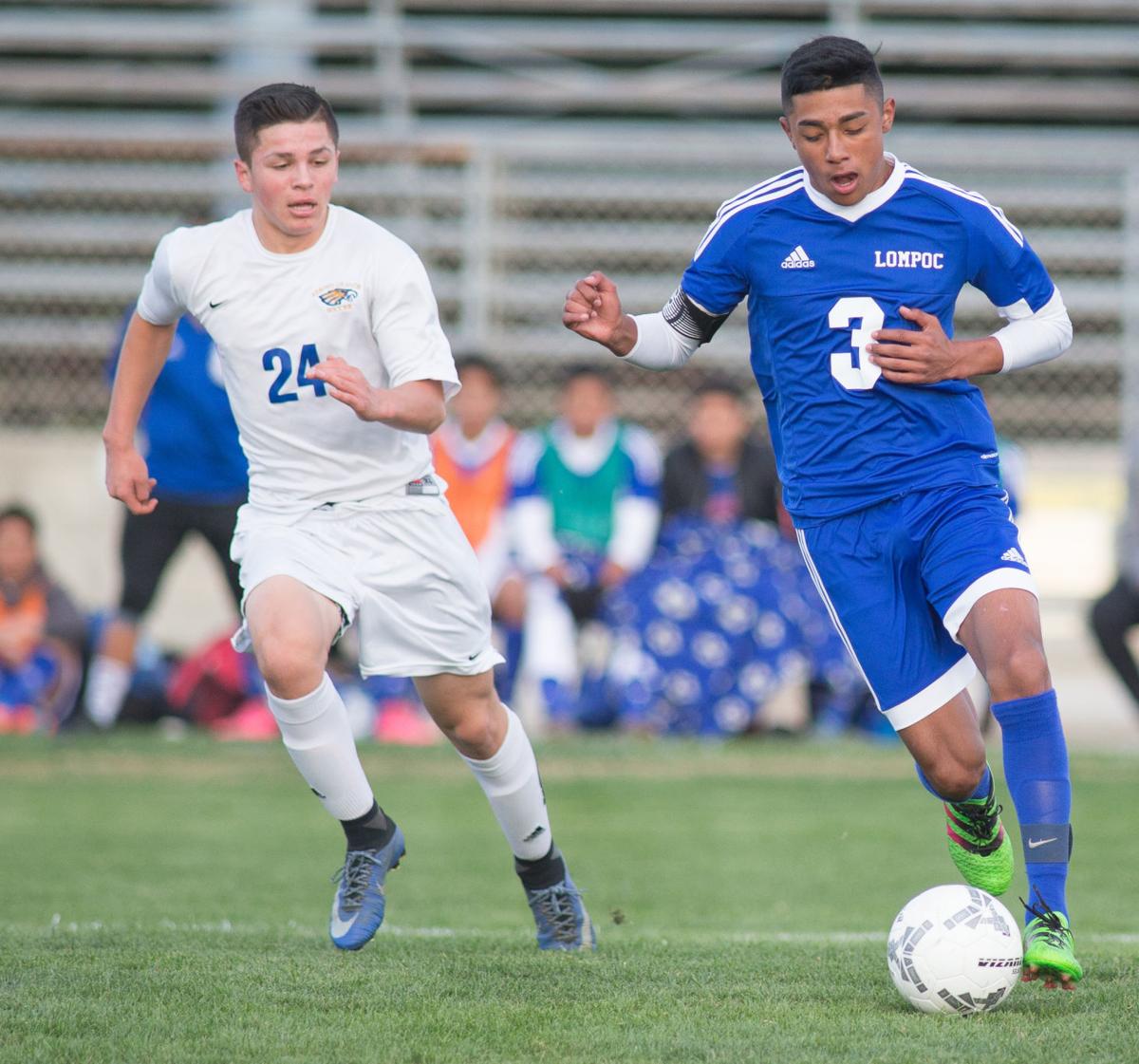 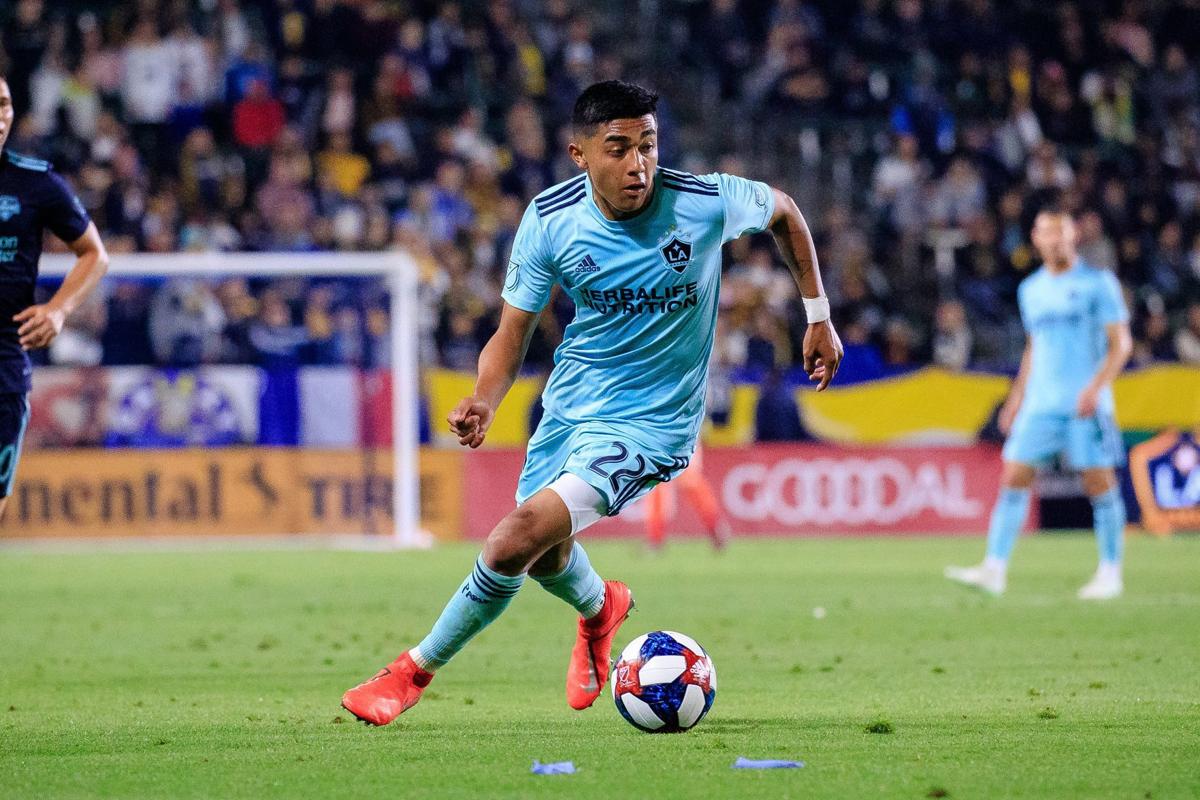 Lompoc native Julian Araujo, seen as he makes his first MLS start for the L.A. Galaxy against the Houston Dynamo in April of 2019, arranged to have lunch provided to his former school, Lompoc High, on Friday as the staff has been working to provide resources for students who are out of the classroom due to the coronavirus pandemic. 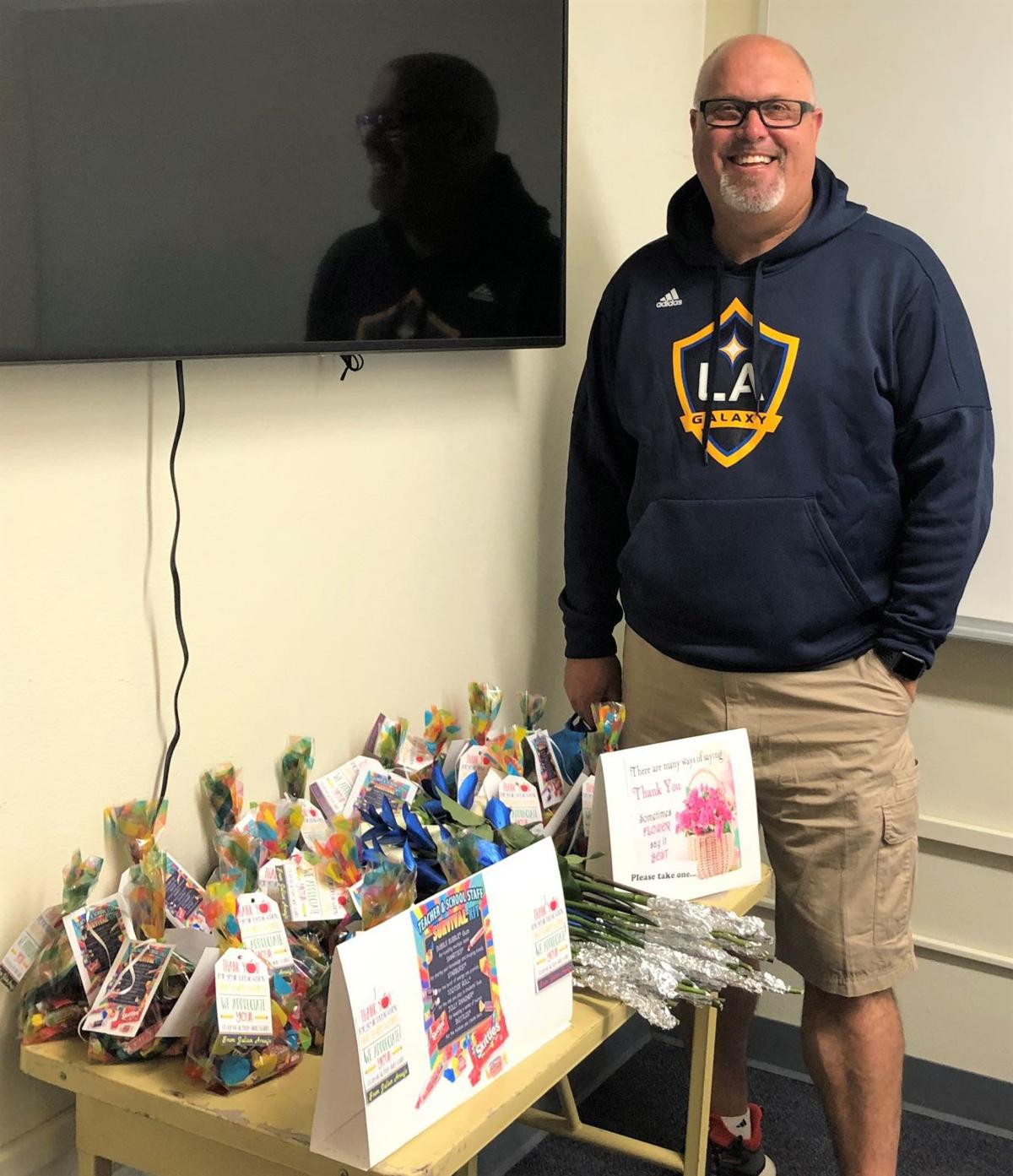 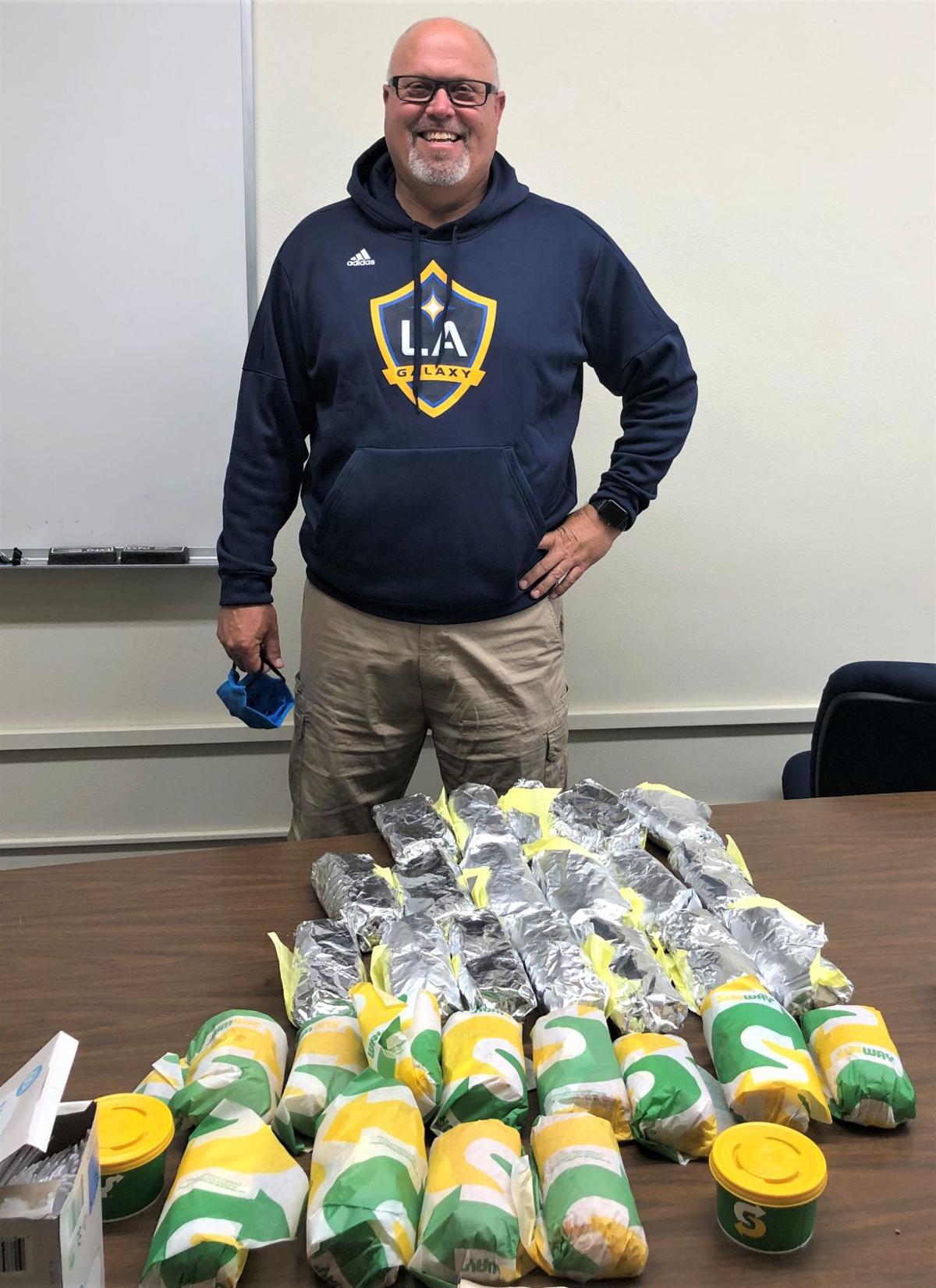 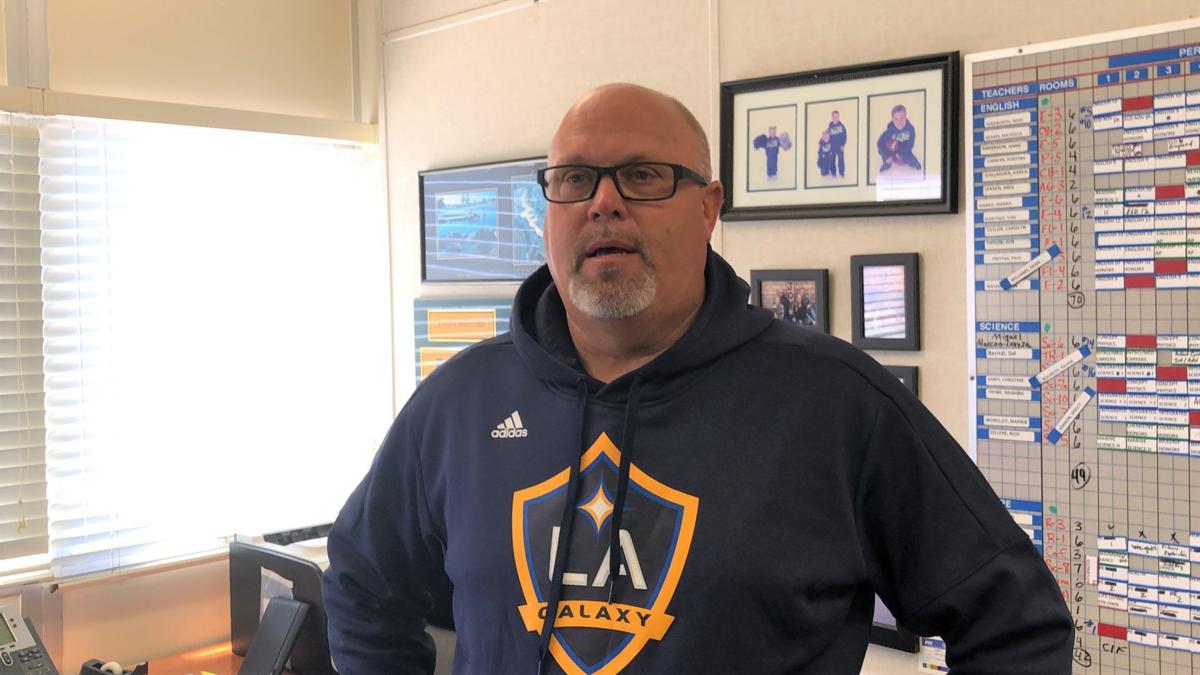 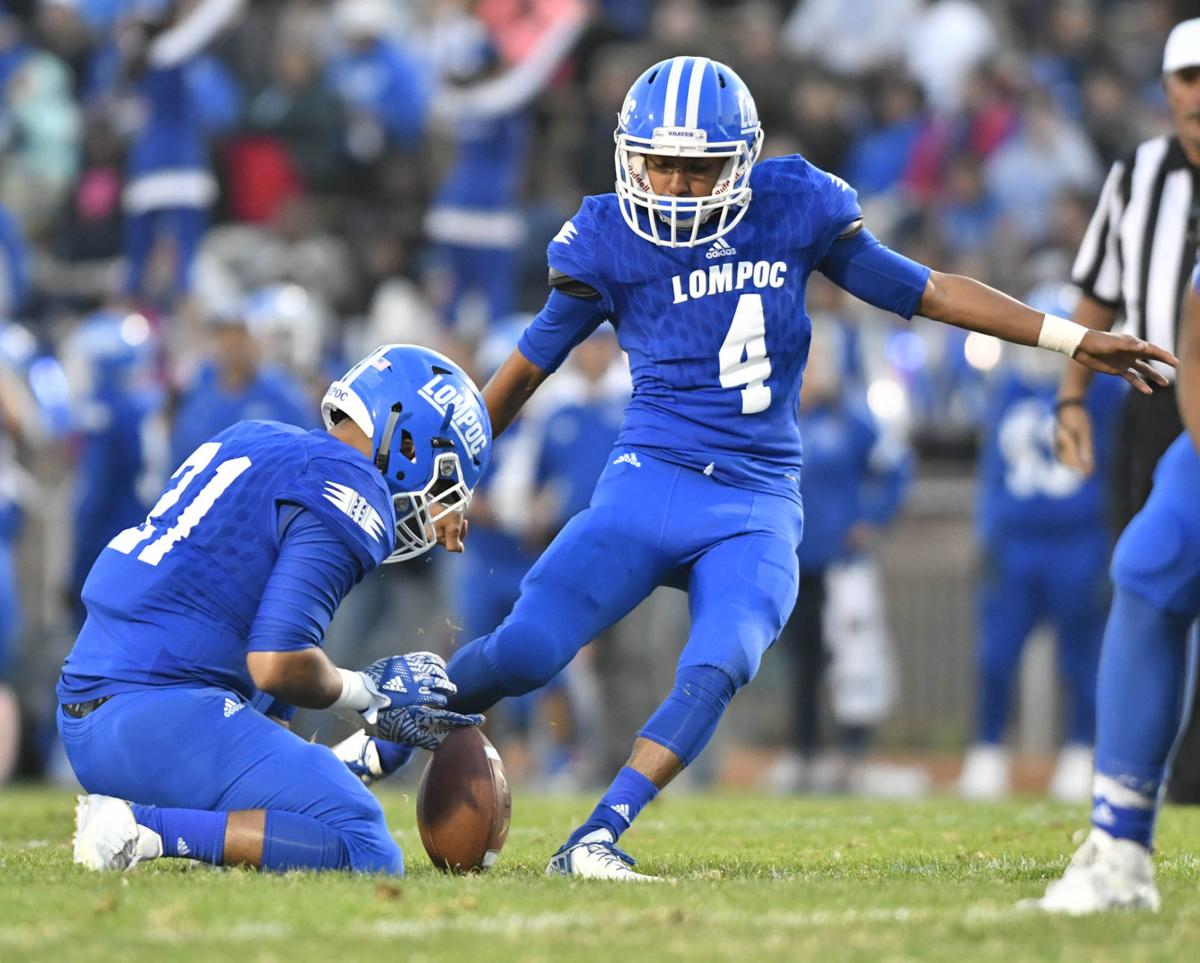 Lompoc's Julian Araujo kicks an extra point against Santa Barbara during a Sept. 16, 2016 football game. The former Braves' football and soccer star signed with the MLS in 2019.

When workers entered the Lompoc High School office Friday, they found lunch waiting for them, amid the COVID-19 pandemic, courtesy of Julian Araujo.

Araujo is a defender for the Los Angeles Galaxy of Major League Soccer and is a former Lompoc student. Araujo last played for the Braves as a sophomore in 2017 before giving pro soccer a try.

The Galaxy acquired Araujo in March of 2019 after trading $50,000 of Targeted Allocation Money to the Colorado Rapids to gain the first spot in the Waivers Order.

"This is my sixth year here," Lompoc staff secretary Tina Quinlan said Friday as she sat down with some lunch at her desk.

"I (work in discipline), I didn't meet him, so that means he's a good kid," Quinlan said with a smile. "He never came in here, so that's a good thing."

Quinlan said, "It was very kind of him, absolutely, to think of us. Especially now. It's been hard on all of us, the students, the staff. This is a nice pick-me-up."

Schools statewide have been closed since mid-March because of the pandemic. Students have been doing online learning since.

Araujo, who is in training camp with the Galaxy, was not present at the event. However, "It's so sweet that he thought of us," said Quinlan.

Some of the items available for the Lompoc staff included Subway sandwiches and goody bags called "Survival kits." Taquitos were due to be on the way.

In front of the goody bags was a message to workers from Araujo: "Thank you for your dedication and hard work. We appreciate you! Stay healthy and safe! From Julian Araujo."

Julian Araujo and his mother, Lupe Araujo, helped make sure workers at Dignity Health in Lompoc would also get some free lunch Friday.

Lupe Araujo made that delivery after dropping off some of the lunch for the LHS workers.

"He told me (about the plans for lunch for the LHS workers), and then he said 'What do you think?,'" about helping some others, said Lupe Araujo, just before she left for Dignity Health.

"I said 'What about medical workers?'  I hadn't noticed Dignity Health," as being among the medical workers who had received any community gifts, said Lupe Araujo.

So she headed there to drop off lunch after doing the same thing at Lompoc High School.

"Julian texted me Wednesday and said, 'Hey, workers here did so much for me, I wanted to give something back," said Bommersbach.

Thus, lunch for Lompoc staff was agreed upon.

"This is very impressive, very generous of him," Jacobs said.

Stephanie Fajardo has been a LHS staff secretary "Going on five years now," she said.

"I never got the opportunity to meet him," Fajardo said. "This is so nice of him."

Santa Ynez athletic director Ashley Coelho and the Santa Ynez Valley Union High School administration hosted all 200-plus seniors on Friday for the 'Celebrate our Seniors' day on campus. School has been closed since mid-March due to the COVID-19 pandemic that has shut down large parts of the planet.

From Haiti to Hancock, Milan McGary to seek to continue her hoops career

"I definitely (want to continue playing basketball), but with everything going on, it's questionable that there will even be basketball," come the 2020-21 season, said Hancock College sophomore Milan McGary.

Lompoc native Julian Araujo, seen as he makes his first MLS start for the L.A. Galaxy against the Houston Dynamo in April of 2019, arranged to have lunch provided to his former school, Lompoc High, on Friday as the staff has been working to provide resources for students who are out of the classroom due to the coronavirus pandemic.

Lompoc's Julian Araujo kicks an extra point against Santa Barbara during a Sept. 16, 2016 football game. The former Braves' football and soccer star signed with the MLS in 2019.