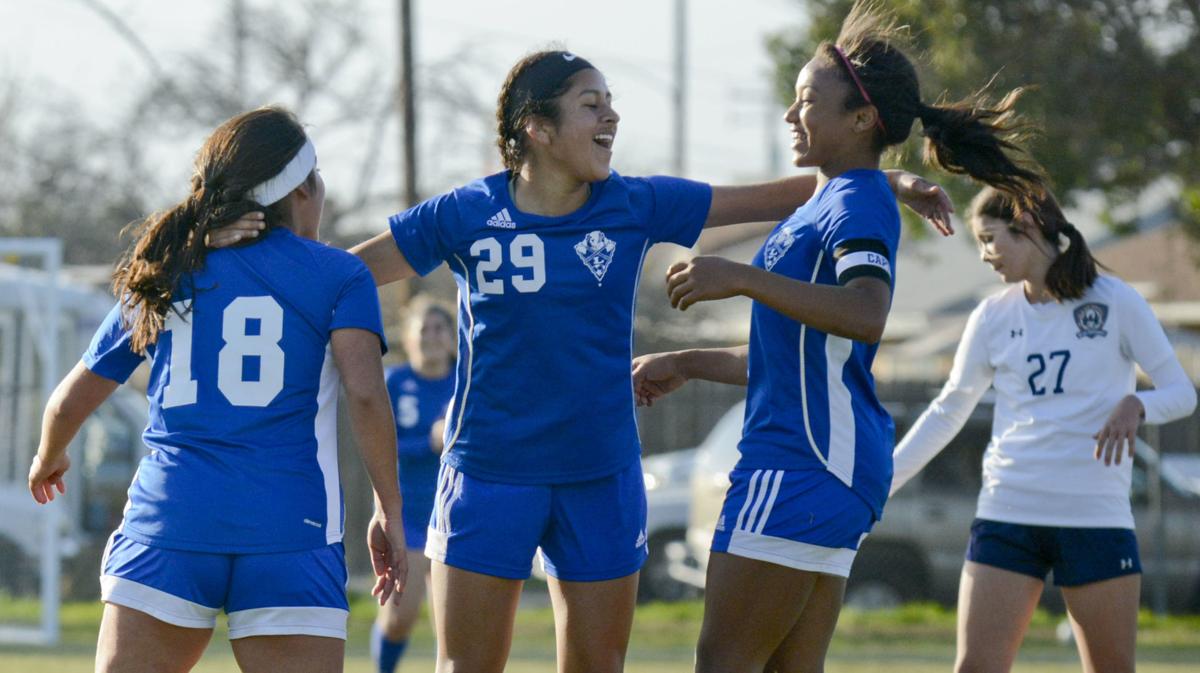 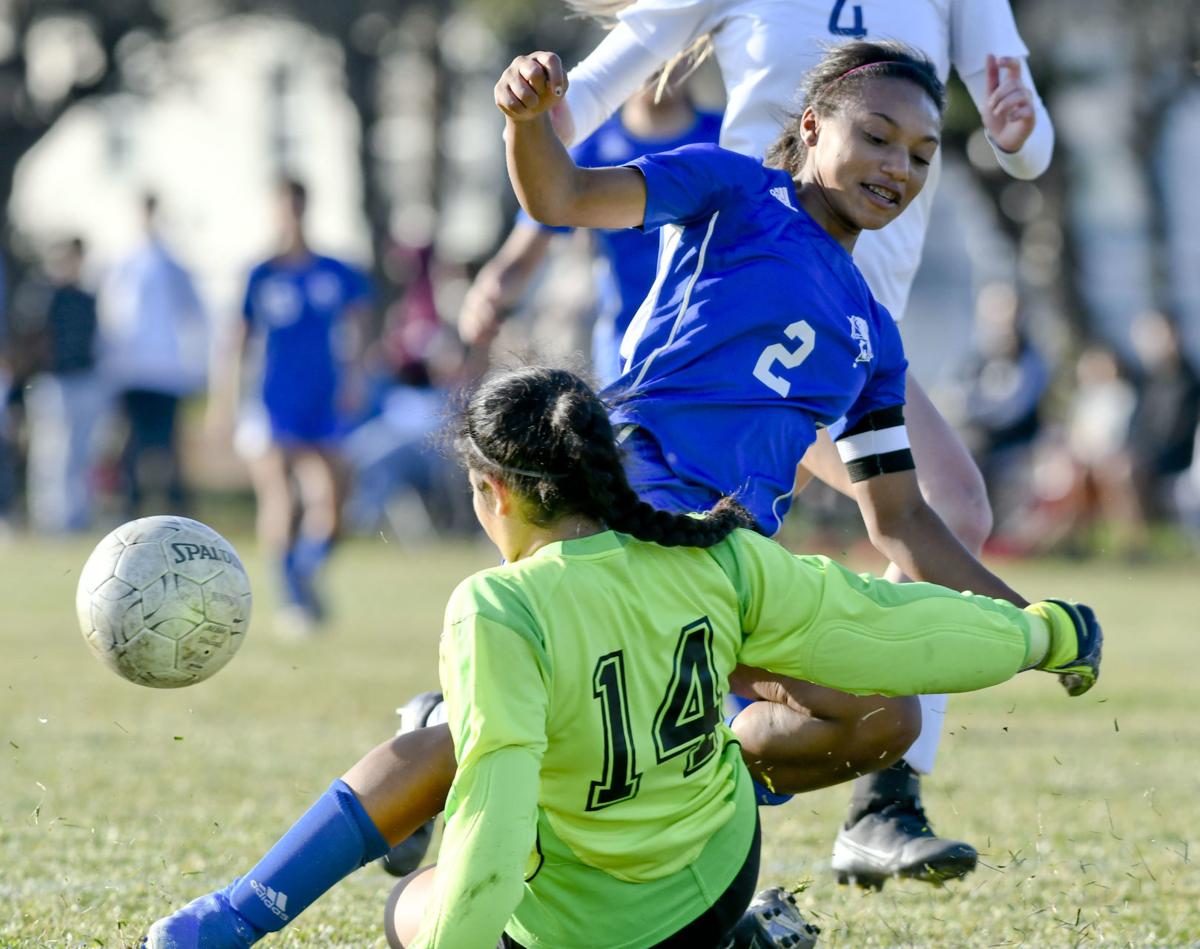 Lompoc's Ayziah Simmons gets her shot blocked by La Quinta's goalkeeper Unica Lawson, but the Braves scored on the rebound. 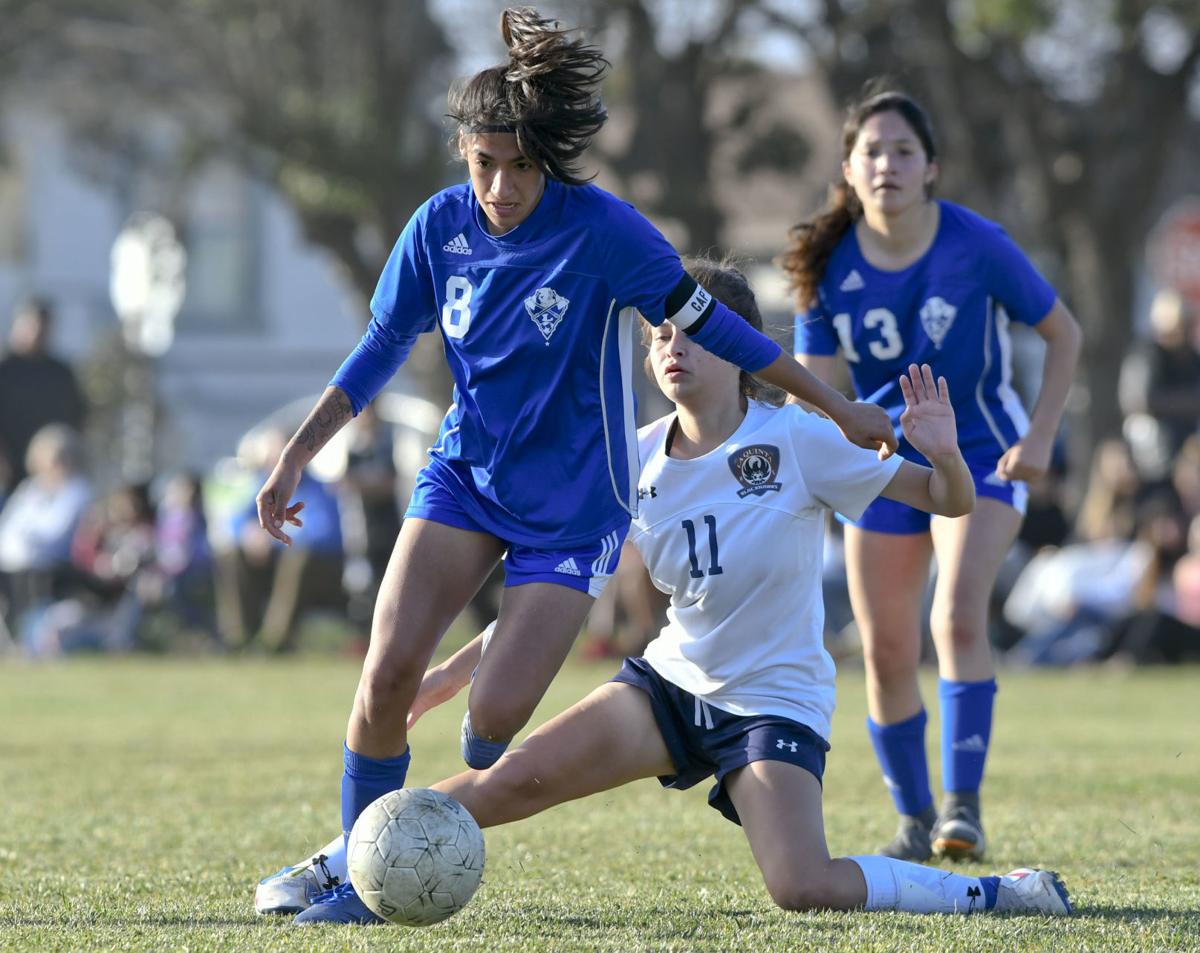 Lompoc's Katie Guzman gets ahead of La Quinta's Cielo Estrada. 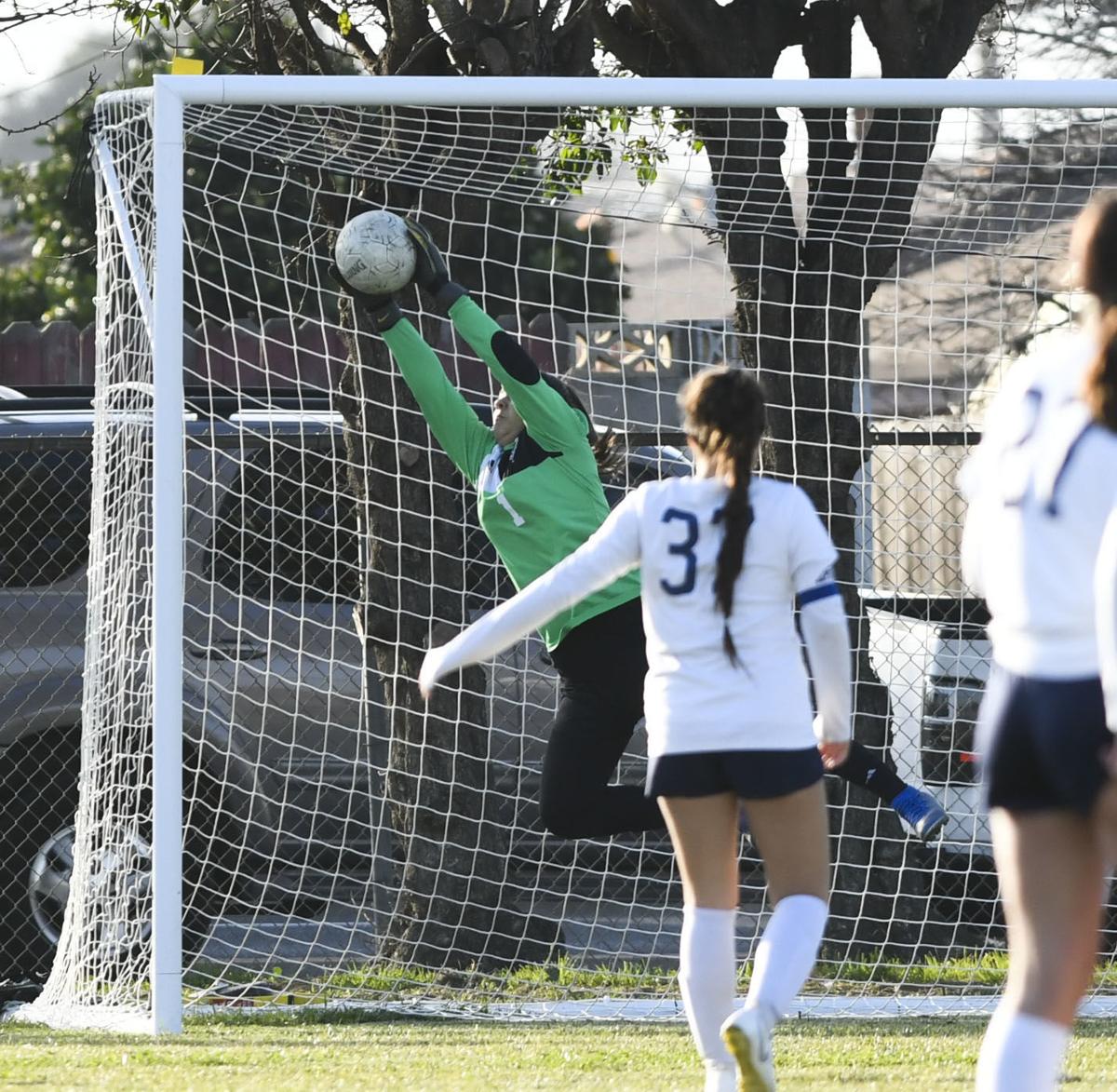 Lompoc girls soccer coach Jason Cochrane and defender-striker Amy Bommersbach said Thursday that the best half for their team this season has been the second. They spoke after the result had borne that statement out moments earlier.

Alondra Ibanez, Bommersbach and Brianna Corona, a recent call-up from the junior varsity, all scored after the break as the Braves wiped out the 1-0 deficit they faced at halftime and beat La Quinta 3-1 at Lompoc in the first round of the CIF Southern Section Division 4 Playoffs.

The game took place on a makeshift pitch behind the Lompoc baseball field. The Huyck Stadium facility at Lompoc, where the Braves typically play their home games, is being renovated.

"Honestly we have been," Bommersbach said when she was asked if the Braves have been a good second half team this year. Bommersbach gave the Braves a strong game from all over the pitch.

"We take advantage of the halftime break to fix things we were doing wrong in the first half," she said. "Today we were just kicking the ball around in the first half, trying to get it out of our own end. They were putting a lot of pressure on us. In the second half, we were quicker to the ball."

Lompoc (12-1-6) hosted Bloomington Saturday in the second round. That score was not available at press time.

The game was scoreless when La Quinta goalkeeper Unica Lawson made a kick save on a promising-looking Lompoc shot.

The Blackhawks beat the Braves in transition, Iliana Rivera, breaking down the left side, gave Isabella Fakehany, who was open on the right, a perfect pass and Fakehany knocked the ball into the net in the 23rd minute.

"In the first half, we weren't doing the things that got us here," said Cochrane. "We made a lot of errors, and most of those were self-inflicted. We fixed that in the second half."

Someone fouled Ibanez a few feet beyond the top of the Blackhawks penalty box in the 11th minute after intermission The Blackhawks stopped the free kick, denied a rebound try on a scramble near the goal but then Ibanez, from the right side, knocked the ball in for the equalizer.

A defender knocked the ball backward to Lawson in the 13th minute after the break. Lawson, instead of trying to clear the ball, picked it up, so the Braves were awarded an indirect kick from about a foot in front of the Blackhawks goal.

Nine La Quinta defenders, plus Lawson, formed a wall in front of the goal but Bommersbach knocked the ball in.

Corona gave the Braves some insurance when she booted a high, long shot into the net in the 21st minute of the second half.

Things between the teams got chippy at times after the break. The referee tagged Lompoc's Katie Guzman, who played a strong game on defense and in the midfield area, and La Quinta's Ashley Waters a yellow card each after a brief scuffle between the teams.

In girls basketball playoff action, both Lompoc Valley teams were eliminated in the 3AA first round.

Amber Apodaca, Karina Chavez and Ashley Ruiz converted for the Cardinals in the shootout phase, Orosi goalkeeper Mireya Lua made two saves then and the No. 3 Cardinals beat the No. 2 Spartans 3-1 on penalty kicks in a CIF Central Section Division 2 girls soccer semifinal at Orcutt Community Park.

Fourth-seeded Dunn (18-0-0), champions of the Condor League, will be on the road for Saturday’s semifinals. They will face the division’s top seeded Brentwood Eagles after Brentwood (20-0-2), the Gold Coast League champions, ousted Charter Oak 3-0 Tuesday night in Covina.

The Lompoc Braves chase for the Channel League girls’ soccer championship went down to the final night of the regular season.

Lompoc's Ayziah Simmons gets her shot blocked by La Quinta's goalkeeper Unica Lawson, but the Braves scored on the rebound.

Lompoc's Katie Guzman gets ahead of La Quinta's Cielo Estrada.