The moon was out by the end of the Cabrillo Conquistadores’ 4-0 victory over the St. Joseph Knights Thursday afternoon in a non-league girls soccer match in Vandenberg Village.

The Conqs’ lower field, on which the game was played, doesn’t have any lights and the game came close to ending in darkness.

The Conqs (2-2-1) did light up the scoreboard, posting their second straight 4-0 shutout after beating Mission Prep by that score Tuesday in a game also played at Cabrillo High.

Six minutes into the first half, the Conqs’ Antoinette Terrones put the ball in play with a corner kick. Alexia Wilhite received the ball and blasted what turned out to be the game-winning goal with the only score of the first half.

Wong began substituting liberally, getting all 23 girls on the roster into the game.

“All the girls got in today,” said Wong. “One of the good things is that they can all play multiple positions so I can rotate them around the field looking for the best matchups.”

Alexia Wilhite is one example.

“I started her at center forward and then switched her to midfield,” said Wong. “We can interchange most any player for another one. That allows us to keep our focus on today. It’s not about who starts or where they play. We expect them to play well when they are out their regardless of position. We adapt our style to what we need and to counter against the other team we’re playing.”

“Eleven against 23. It would be nice to have those numbers,” said St. Joseph coach Al Garcia. “With injuries and illness, we were only able to field 11 girls and five of them were freshman. Yesterday, the girls were on (in a 2-2 tied against Orcutt Academy). Today we were a little off.”

“In the first half, we were a little out of sync,” said Wong. “They girls were much better in the second.”

Early in the second half, Maddy Floyd had an unassisted goal.

Midway through the half, Terrones scored on a penalty kick.

And with 15 minutes left in the game, Naomi Wiley took a pass from Maddie Vang and scored.

“We wanted to play a little more aggressive to the ball,” said Wong. “I told the girls to keep it simple on offense, make the good pass and look for a chance to score.”

Mendek’s life was made easier by a relentless Conq defense.

The players swarmed to the ball every time St. Joseph gained possession.

If the Knights somehow got near the Cabrillo goal, Conqs’ defender Kaylee Galindo chased them down and cut them off, thwarting most of St. Joseph’s plans.

Galindo is one of 10 sophomore on the team. The Conqs also have 10 juniors.

“We only have three seniors — Antoinette Terrones, Kaloma Berry and Xiadani Zarate — and only one of them starts, so you can see that we’re a very young team,” said Wong.

“We were competitive last year but it wasn’t like we were overwhelmed by any team. We’ve got a bunch of girls who played club soccer with the Santa Barbara kids and they are not intimidated by those Santa Barbara schools.”

The fact still exists that the three Santa Barbara schools — Santa Barbara, Dos Pueblos and San Marcos — have more than twice the number of students than Cabrillo, Lompoc and Santa Ynez.

“But it’s not about school size anymore,” said Wong. “You can only put 11 players on the field. It’s really about who comes out and plays together. That’s what our girls are ready to do.”

Cabrillo is off until next Thursday when the Conqs play at San Luis Obispo before heading south to the Best of the West Tournament beginning next Saturday in Los Angeles.

“We’re just getting into the meat of our preseason,” said Wong. “Now we’ll see just how good we are against some very good teams.”

Rain? Cold? As long a they're playing under the lights, it's all good, these players say

Rob Golden wasn't around to coach the Righetti High School boys soccer team last season. And he can't say where he was. That's because Golden was deployed overseas as a member of the United States Air Force.

Nipomo had a good day at the Pioneer Valley Girls Soccer Tournament Friday, winning both of its games on the first day of the two-day tourname…

Righetti created many scoring chances. Arroyo Grande did all the scoring and won 2-0.

The Channel League boys soccer season got off to an exciting start Tuesday afternoon with two old rivals battling for not only a league win but for some bragging rights in the Lompoc Valley.

Cabrillo's Antoinette Terrones makes a penalty kick for Cabrillo's third goal during the second half of Thursday's game against St. Joseph. Cabrillo won 4-0. 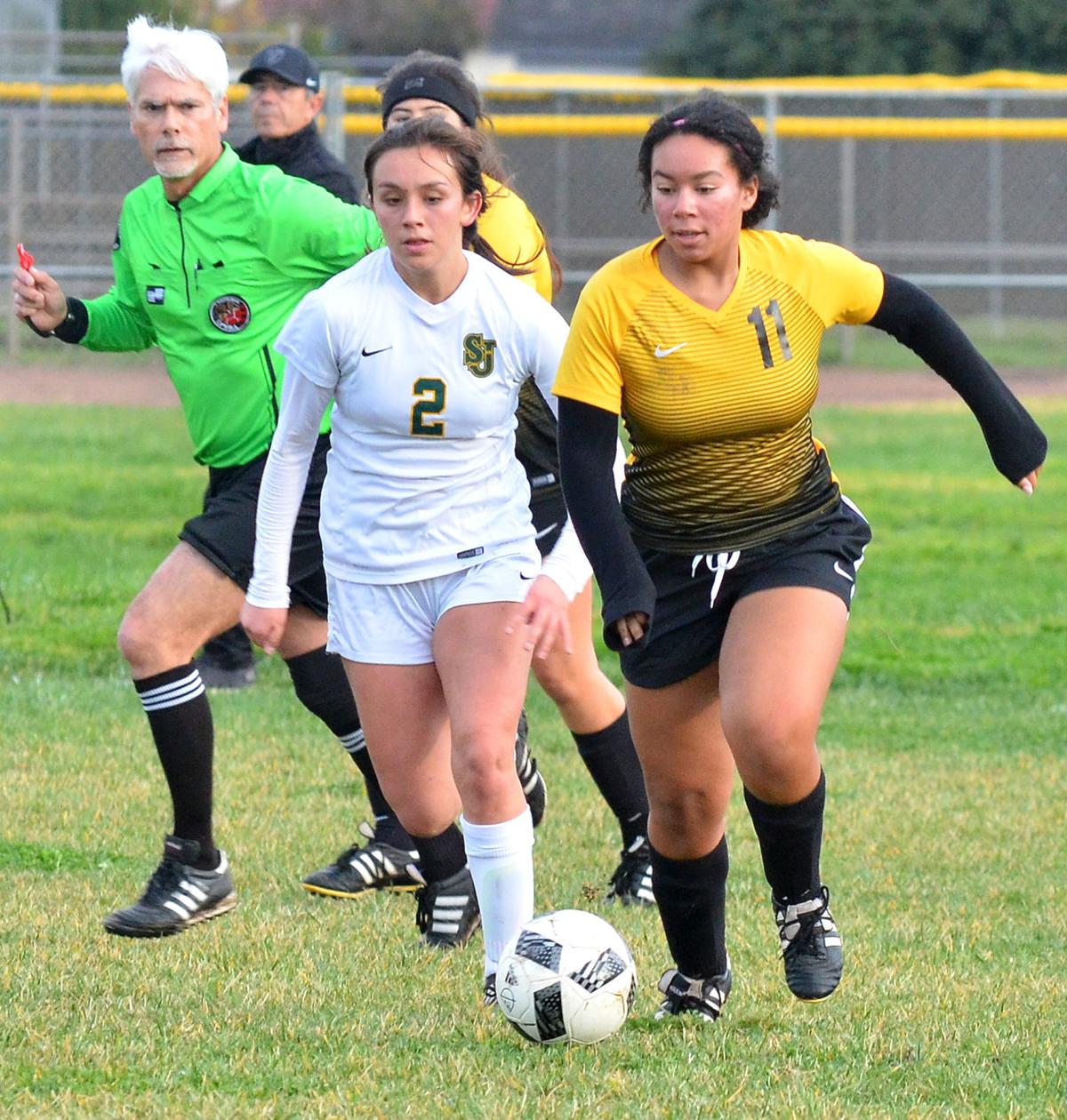 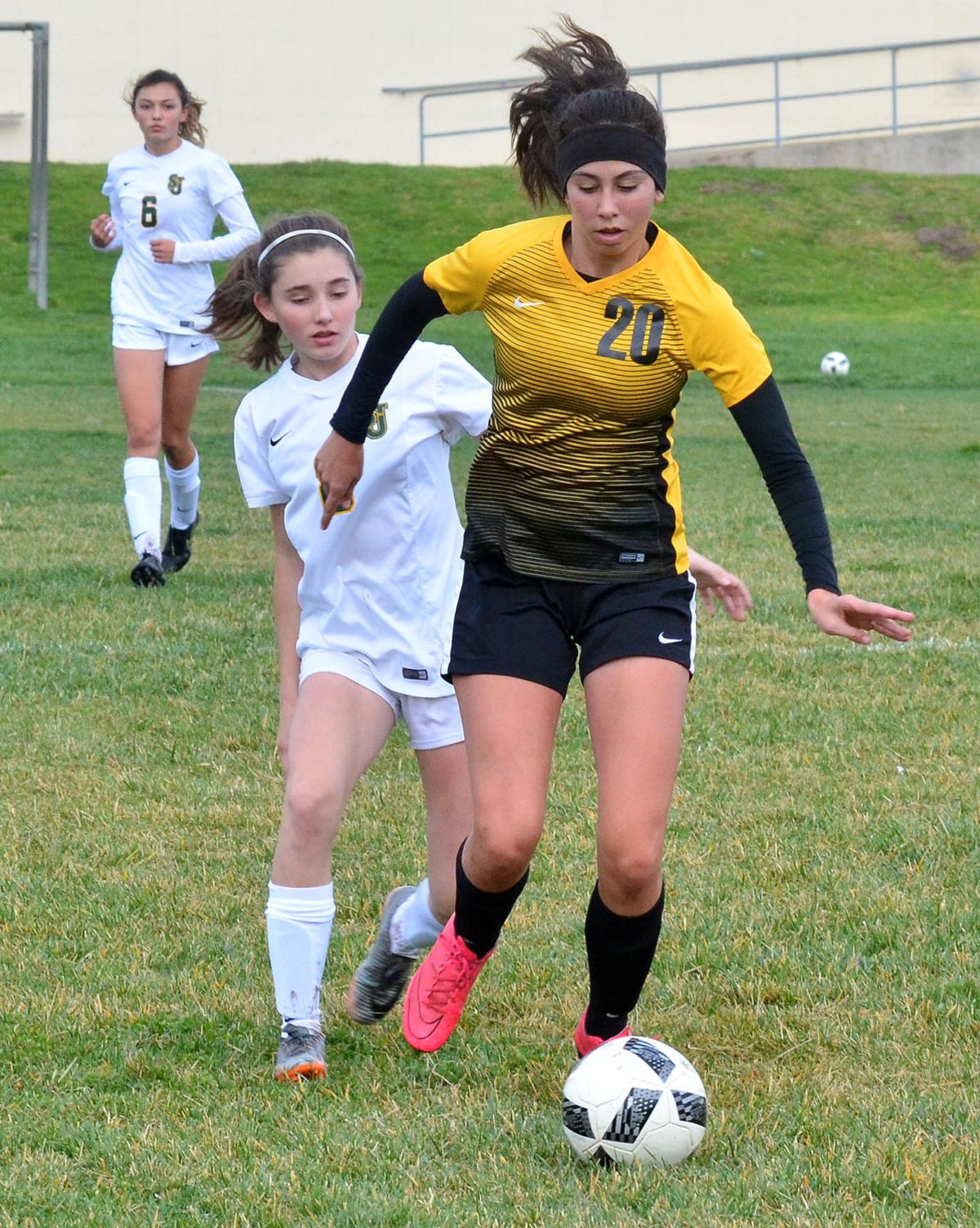 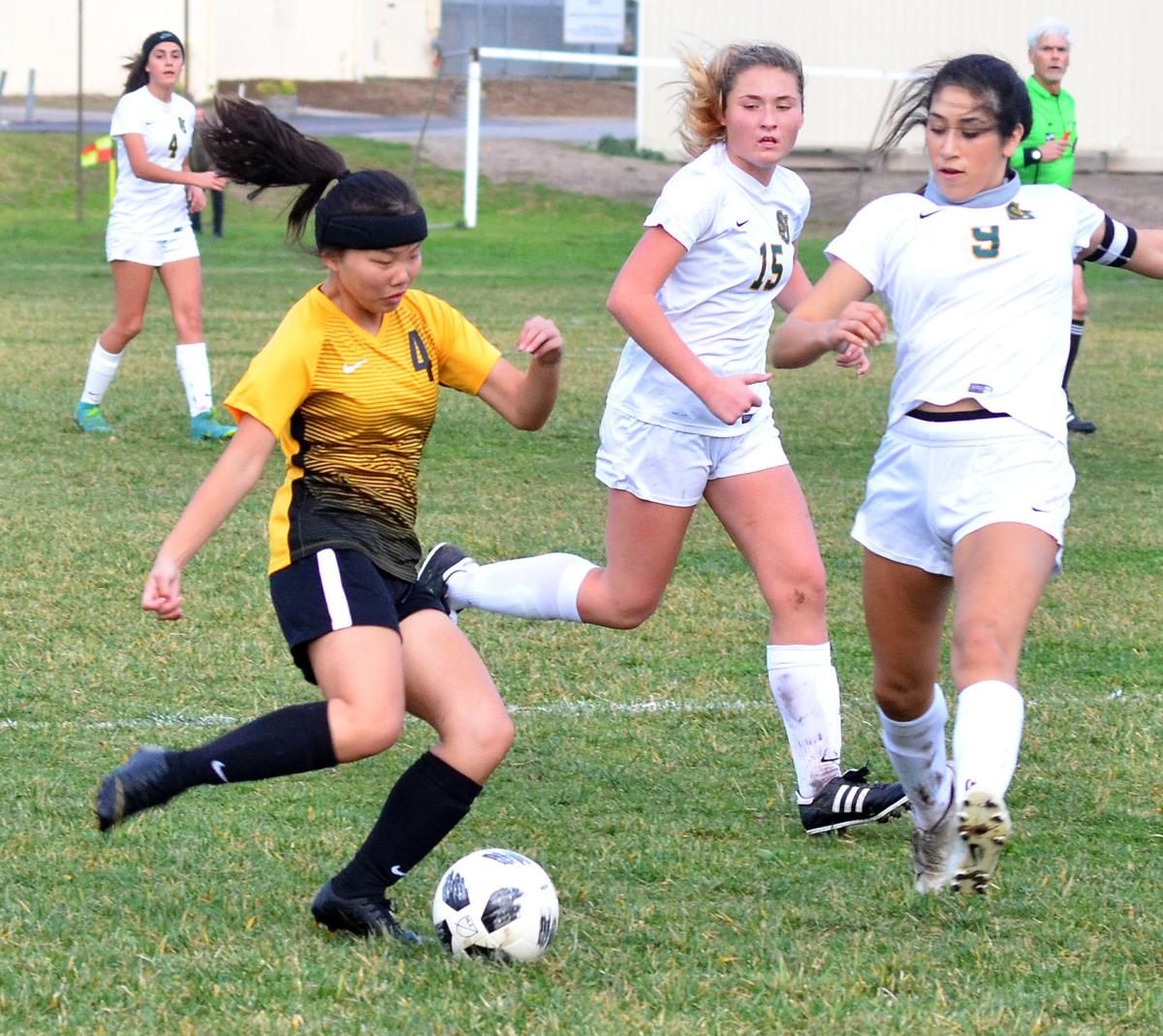 Cabrillo's Maddie Vang (4) takes a shot toward the goal as St. Joseph's Reif Madrid (15) and Brianna Flores (9) move in to defend.