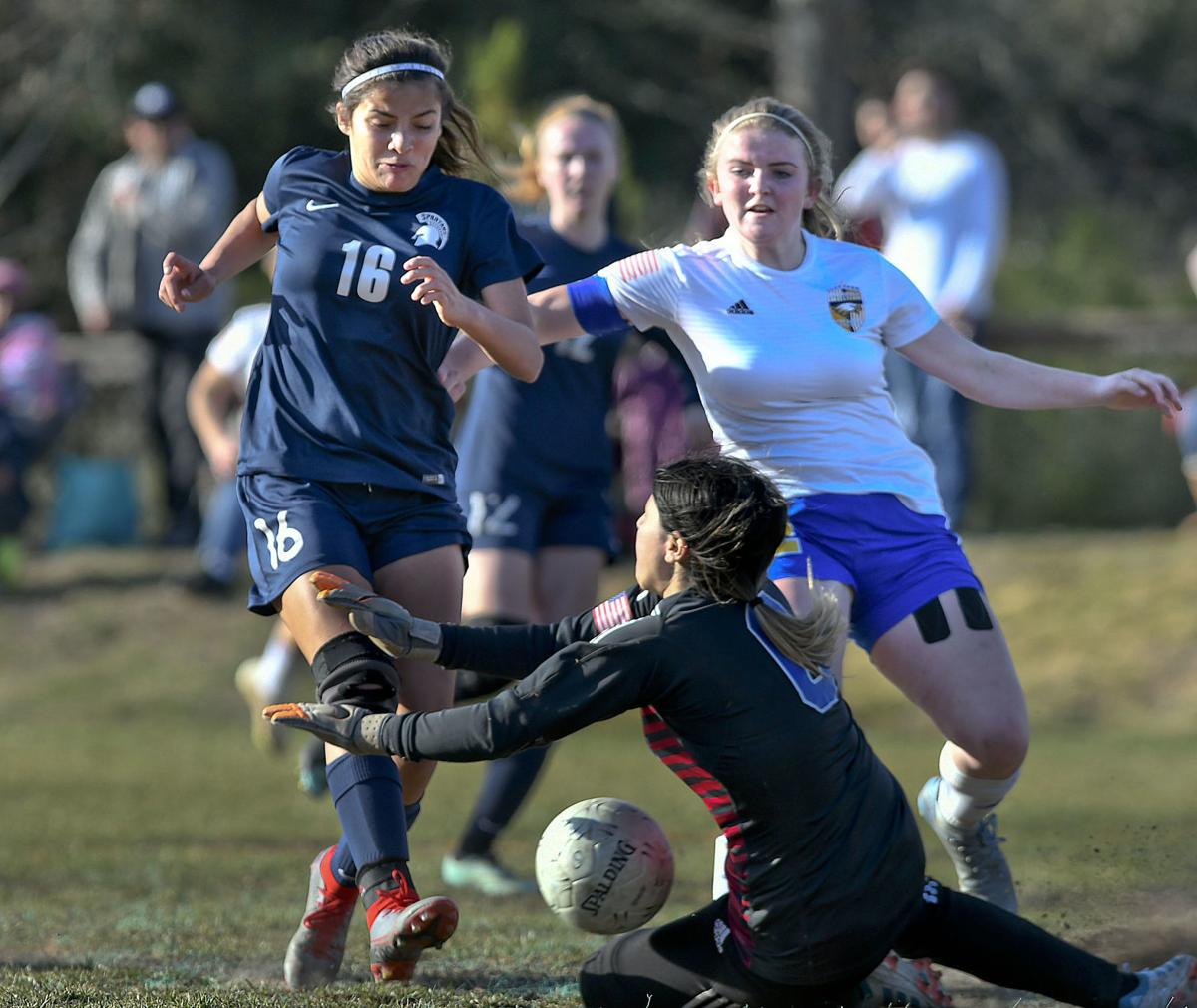 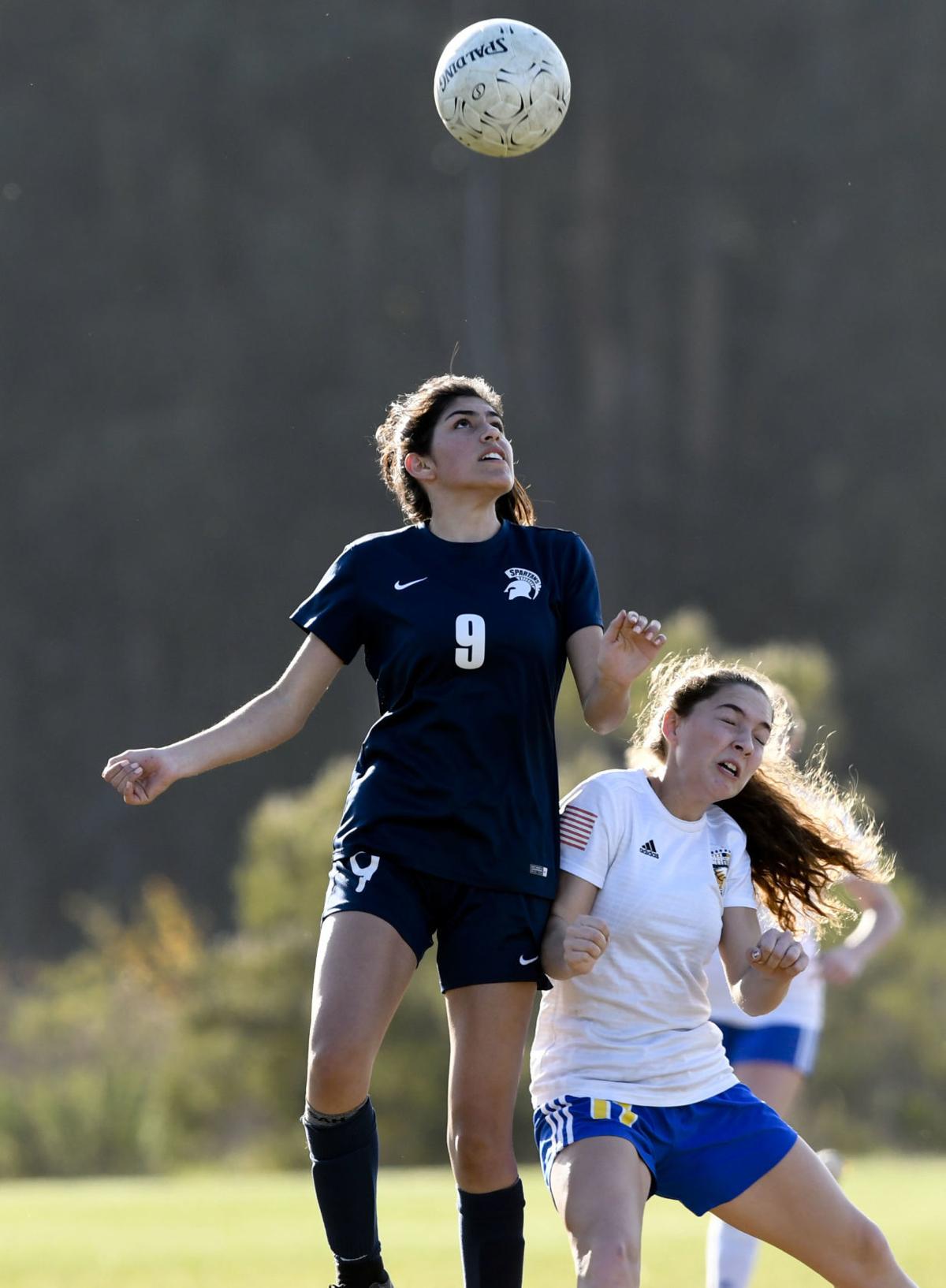 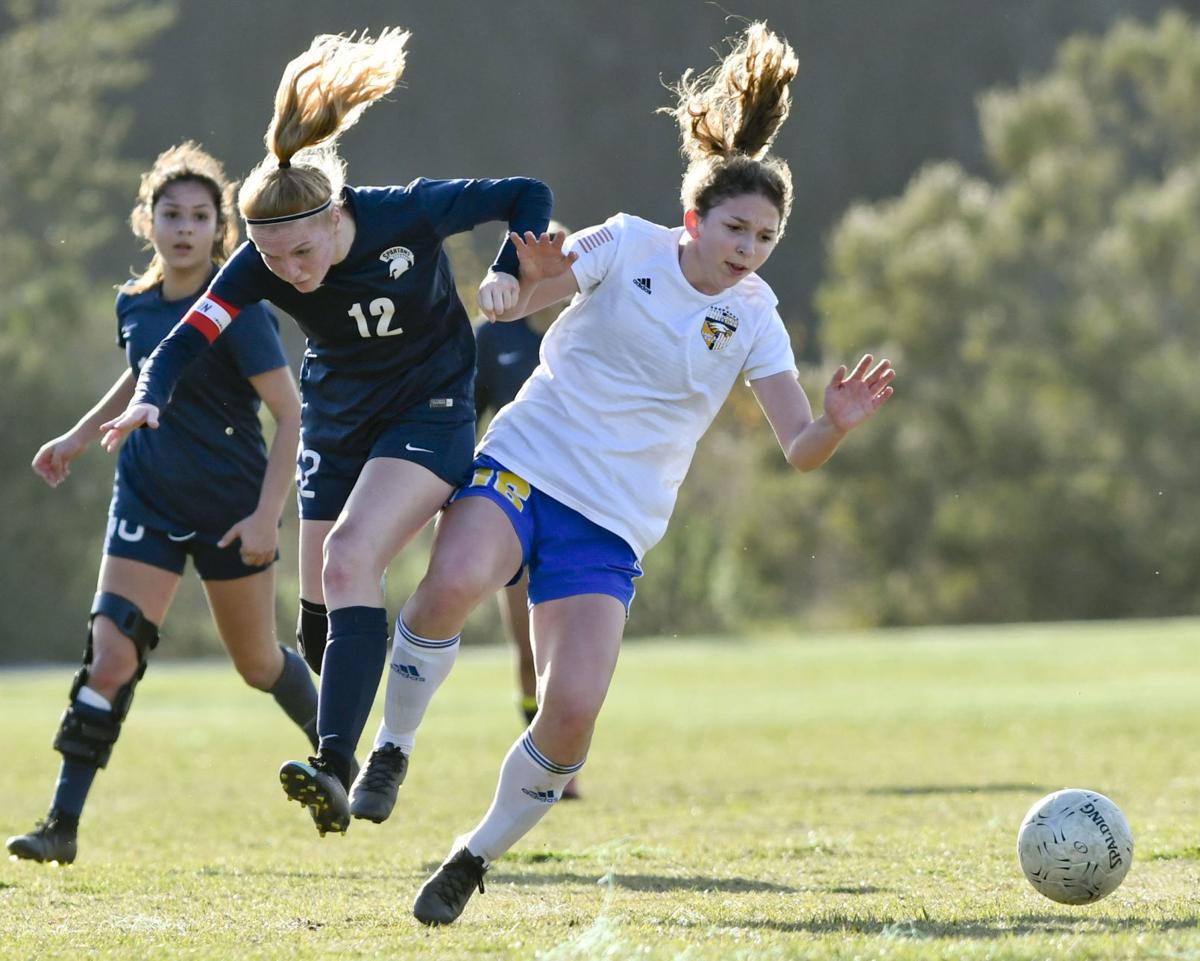 Two days after earning the first playoff win for a girls soccer team in Orcutt Academy school history, the Spartans played themselves into the semifinals.

Marianna Chavez scored early (fourth minute) and late (37th) in the first half, Hope Smith knocked home a penalty kick in the eighth minute after intermission and No. 2 Orcutt Academy beat No. 7 Bakersfield Christian 3-0 at Orcutt Community Park in the CIF Central Section Division 4 quarterfinals Friday.

Bakersfield Christian finished 14-5-2 on the season.

From the start Friday, Orcutt’s passes were sharper than they were Wednesday when Orcutt squeezed out a 1-0 win over No. 15 Dinuba in the first round.

“It was just a matter of coming in with the right mindset,” said Chavez.

That, it was. Opposing players often smacked into each other, and many times both wound up on the ground after the contact.

Chavez started the scoring Friday when she headed in a Grace Denton free kick.

The Eagles defense that Ella Wilson and Kelsie Bloemhoef helped lead did a much better job of marking the Spartans as the half wore on. However, Chavez worked herself free in the 37th minute and blasted a right to-left shot into the corner of the net.

Emma Kline was fouled in the Eagles penalty box in the eighth minute after the break. Smith drilled the penalty kick home.

Kira Hopkins helped the Orcutt defense withstand some strong Eagles pressure in the first half. The Eagles couldn’t really challenge Orcutt second half goalie Ally Britt after Abigail Valencia, Orcutt’s goalie in the first half, repelled a strong Bakersfield Christian scoring chance before the break.

“We thought going into the playoffs that defense would have to help carry us,” said Hopkins.

As they did during the regular season the Spartans have employed a stopper, usually Hopkins, during the playoffs.

The strategy worked again Friday. Hopkins knocked away nearly every ball that was directed at her.

Vanessa Lopez also have the Spartans strong defense. Meanwhile, Orcutt midfielder Elianna Kline was often in the thick of the action, either helping the Spartans control the ball on offense or turn away the Eagles on defense.

“She dominated over the whole field,” said Chavez.

The third-seeded Panthers edged the No. 6 Titans in a Division 3 quarterfinal game at San Joaquin Memorial.

The No. 5 Bullpups beat the No. 13 Knights at Hanford in the Division 2 quarterfinals.

"We played a super good first half and the game was scoreless at halftime," said St. Joseph head coach Al Garcia. "They scored twice early in the second half — the second on a free kick.

"Kayla Lopez scored our only goal. She had a solid effort taking the ball down the sideline and scored in the 60th minute. Then we pushed everybody up late to try to tie it but they were able to score with four minutes left in the game.

"The girls gave it a valiant effort. They played with a lot of heart. We just couldn't pull it off."

Kayla Sanchez scored the only goal for St. Joseph.

The Mustangs (8-2) pounded the Bulldogs (5-4) in a non-conference game at Hancock’s John Osborn Field.

Tommy Herrera drove in the Hancock run with a sacrifice fly.

"Julian texted me Wednesday and said, 'Hey, workers here did so much for me, I wanted to give something back," said Lompoc High principal Paul Bommersbach.

“I want to be an elementary school teacher,” she syas. “Of course I got my interest in the education field because of my parents.”

“My athletic director (Claudia Terrones) saw that. She pulled me into her office and talked to me.”

Simmons said she had two conversations with Terrones “and the one we had before my senior year, the second one, helped me turn the corner.”

She said those discussions helped her to shift her outlook from an ideal of perfection, which she could never achieve, to “live for me,” Simmons wrote in the essay.

Santa Ynez seniors sign: Henry Allen will stay close for water polo while Nico Rocha is off to Europe for soccer

Mora has indeed earned straight A's during his time at Santa Maria. He carries a 4.38 GPA. Mora was the SMHS nominee for the Northern Santa Barbara County Athletic Round Table Male Scholar Athlete scholarship honor.