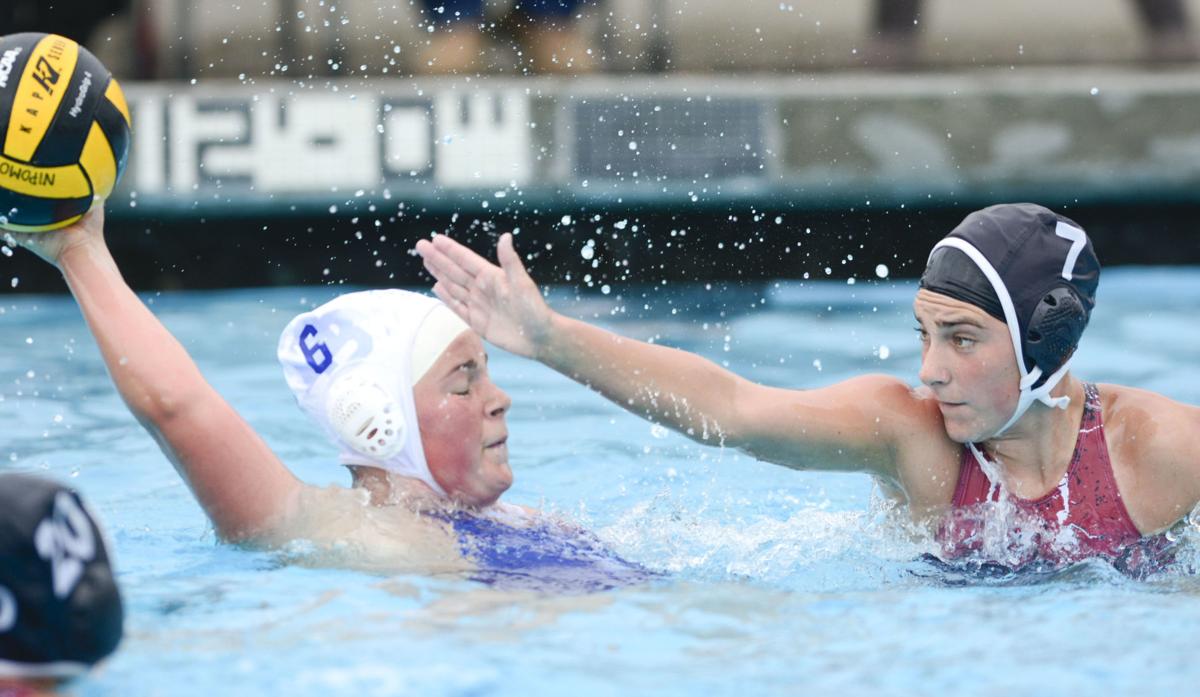 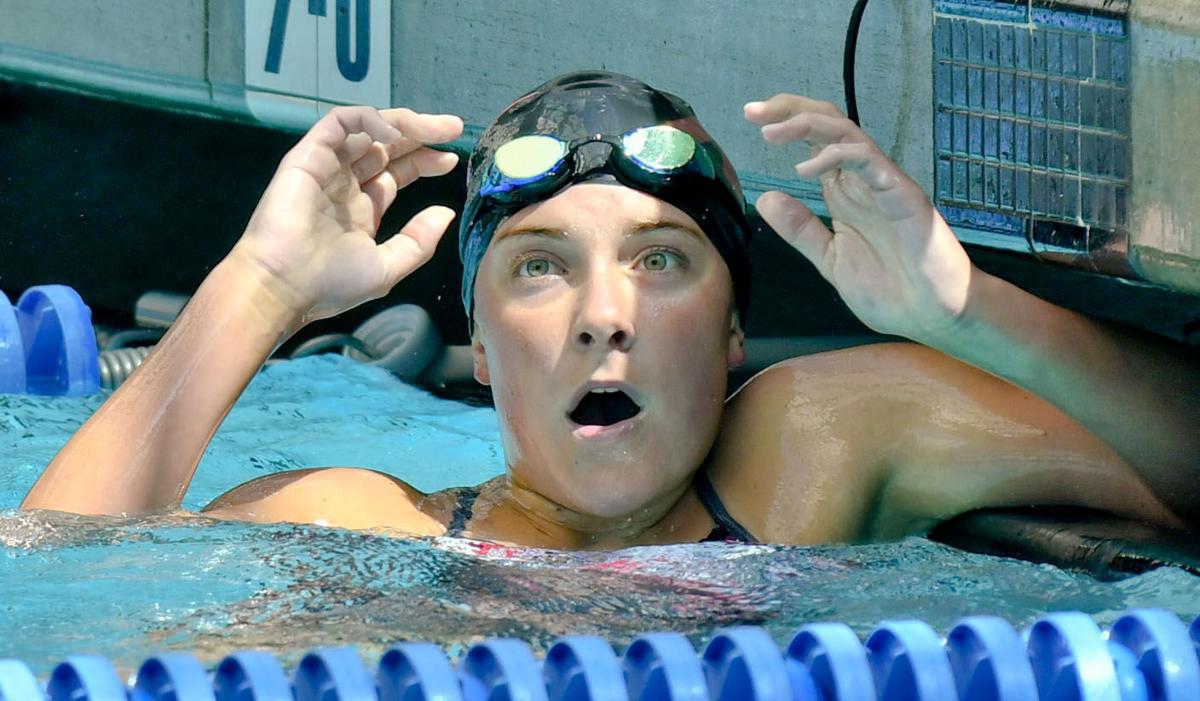 Nipomo's Meghan Abbott reacts to her winning time in the girls 200 Individual Medley during the league finals at the Lompoc Aquatic Center in 2018. 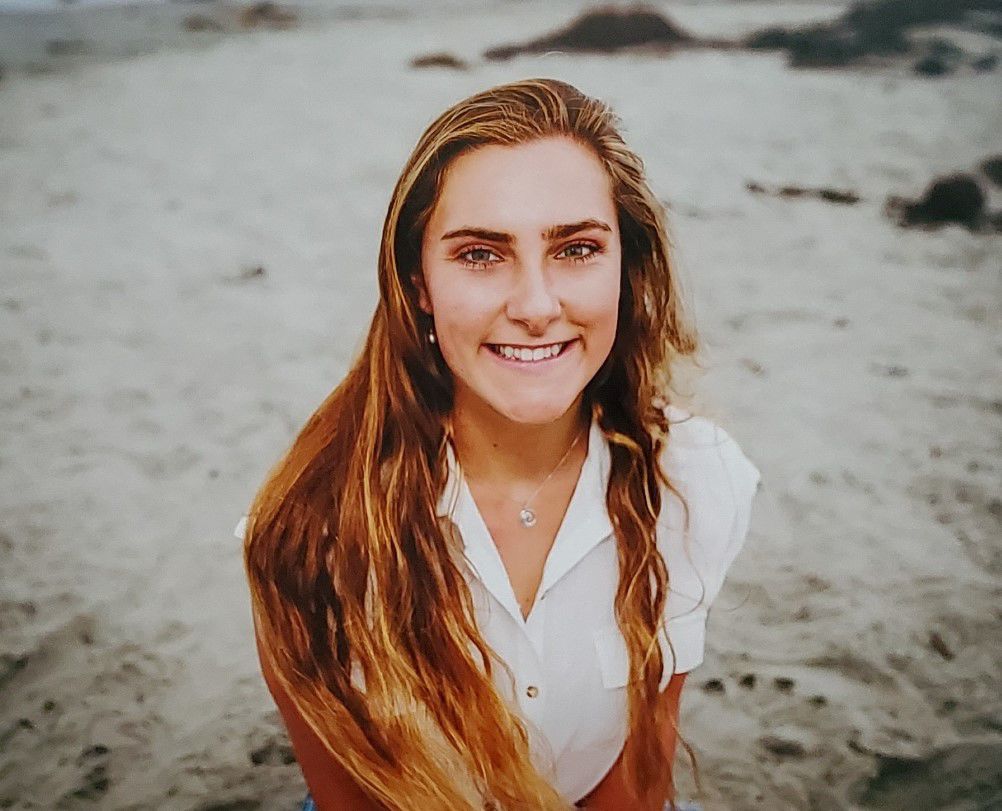 Nipomo High senior Meghan Abbott was a water polo and swim standout with the Titans. She hopes to continue swimming and playing polo at Cuesta College and eventually at a four-year school. 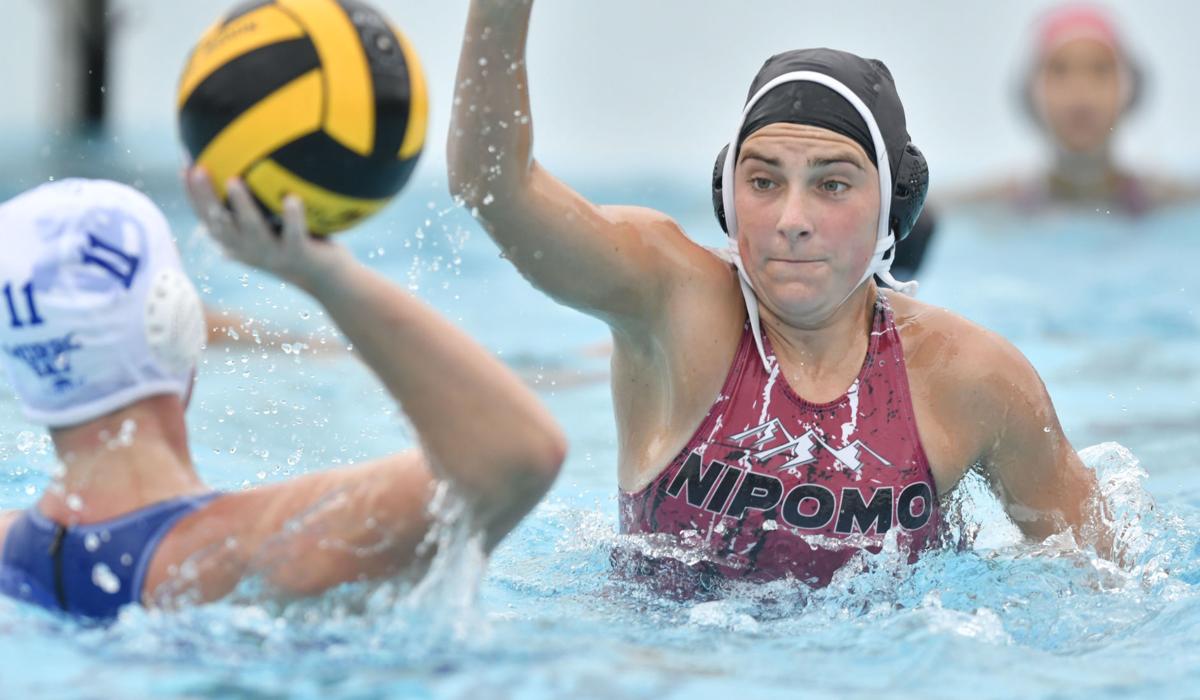 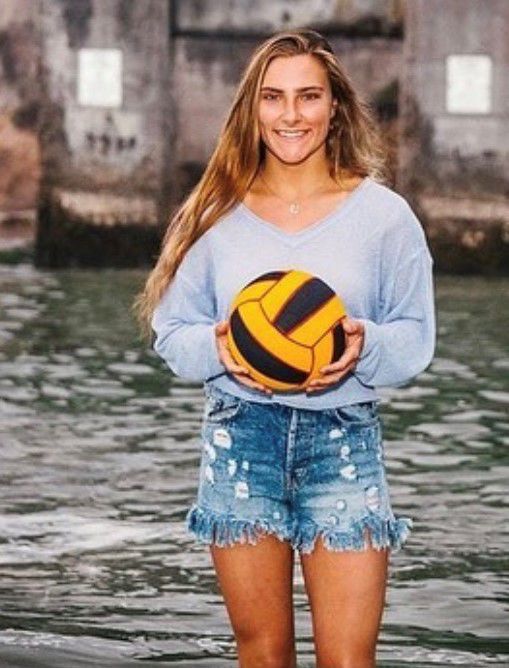 The Nipomo High School Female Senior Athlete of the Year will not have to commute far for the next stop in her respective academic and athletic careers.

Meghan Abbott will attend Cuesta College. She plans to play water polo and swim for the Cougars.

“From Cuesta, I hope to transfer to either Point Loma or Cal State Channel Islands,” she said. “I haven’t decided yet.

“I hope to continue in water sports after Cuesta. I would like to do both (swimming and water polo). If I have to choose one, it will probably be water polo.”

Abbott has a career in mind. “I want to be a marine biologist,” she said.

“Science classes are my favorite classes at Nipomo.”

Abbott was a decorated water polo and swimmer. She did both for four years at Nipomo.

A sprinter and driver for the Nipomo girls water polo team, Abbott was an All-League selection her junior and senior seasons at the school.

Abbott carried a big workload for the Nipomo swim team.

She earned All-League status in swimming in 2019.

In 2020, “Our team got one meet in,” before the COVID-19 pandemic caused the closing of schools and the cancellation of sports statewide, said Abbott.

On April 3, the CIF State office announced the cancellation of all spring sports post-season events. The last sports event on the Central Coast took place March 13.

Central Coast Classic: A look back at Nipomo's CIF title football win in 2014

Nick Kimball caught a swing pass from Matt Albright at the Redlands Arrowhead Christian 30, ran in for the winning touchdown in the third quarter and the Titans held off the Eagles in the divisional title game.

With the cancellation of team workouts once schools closed statewide in March because of the pandemic, Abbott has joined the throngs of other athletes fending for themselves when it comes to staying in shape.

“It’s been a struggle to find a pool that’s open in the area, and I don’t have a pool,” she said.

“I’m trying to do dry land workouts,” said Abbott. She chuckled. “(That means) running, which doesn’t work out for me. But I’m trying.”

When it comes to online learning, Abbott said emphatically, “I’d much rather be in the classroom.”

Pioneer Valley softball coach Kristina Sewell saw to it that her seven seniors got some recognition.

Wednesday night, she gave each of the seven their own drive through parade at each of their homes. The seven seniors on the Pioneer Valley softball squad are Leticia Perez, Serenity O'Nan, Monique Gomez, Lisette Guzman, Breanna Galaites, Gizelle Melero and Amanda Casares.

Central Coast New Tech High School in Nipomo celebrated the accomplishments of its 55 graduates Thursday in a ceremony that blended elements of both traditional commencement exercises and the drive-by versions adopted by many schools during COVID-19 restrictions.

Nipomo's Meghan Abbott reacts to her winning time in the girls 200 Individual Medley during the league finals at the Lompoc Aquatic Center in 2018.

Nipomo High senior Meghan Abbott was a water polo and swim standout with the Titans. She hopes to continue swimming and playing polo at Cuesta College and eventually at a four-year school.