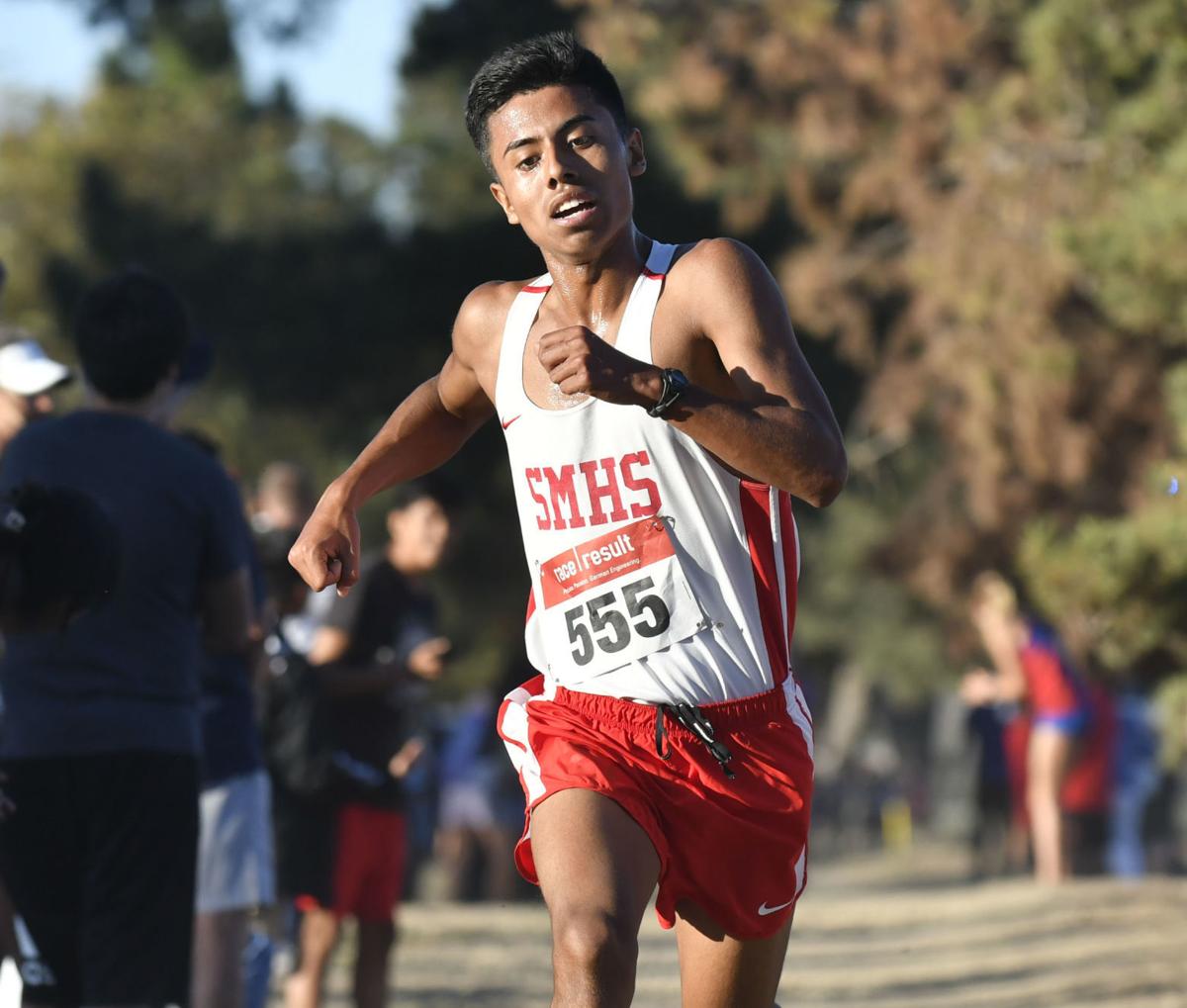 Santa Maria's Cesar Ayuso finishes third at the Santa Barbara County Cross Country Championships, at River Park in Lompoc in October of 2017. Ayuso would lead the Saints to their first fall sports league title since 1992 that year. 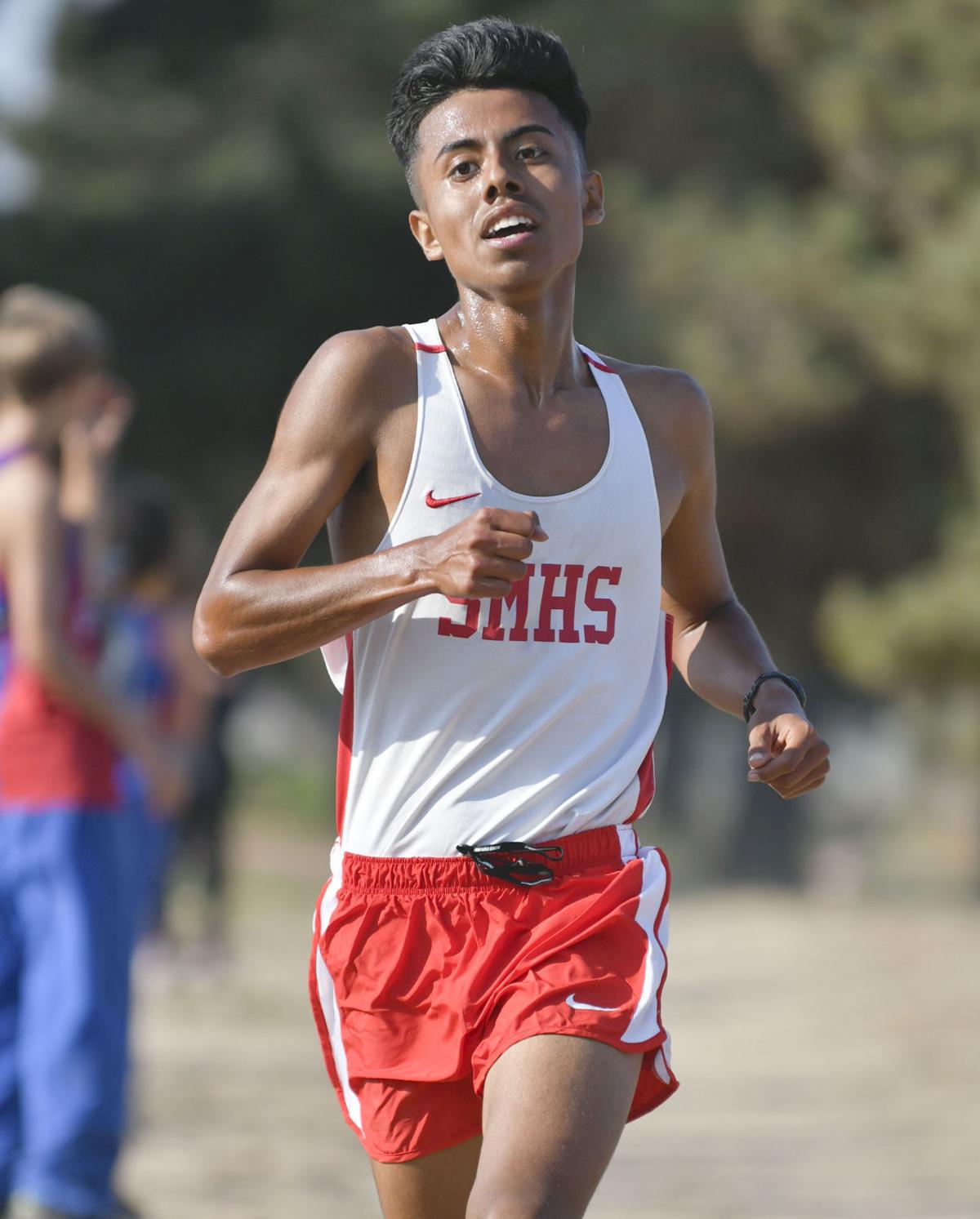 Santa Maria's Cesar Ayuso, finishes second during the River Park Invitational in Lompoc in September of 2017. 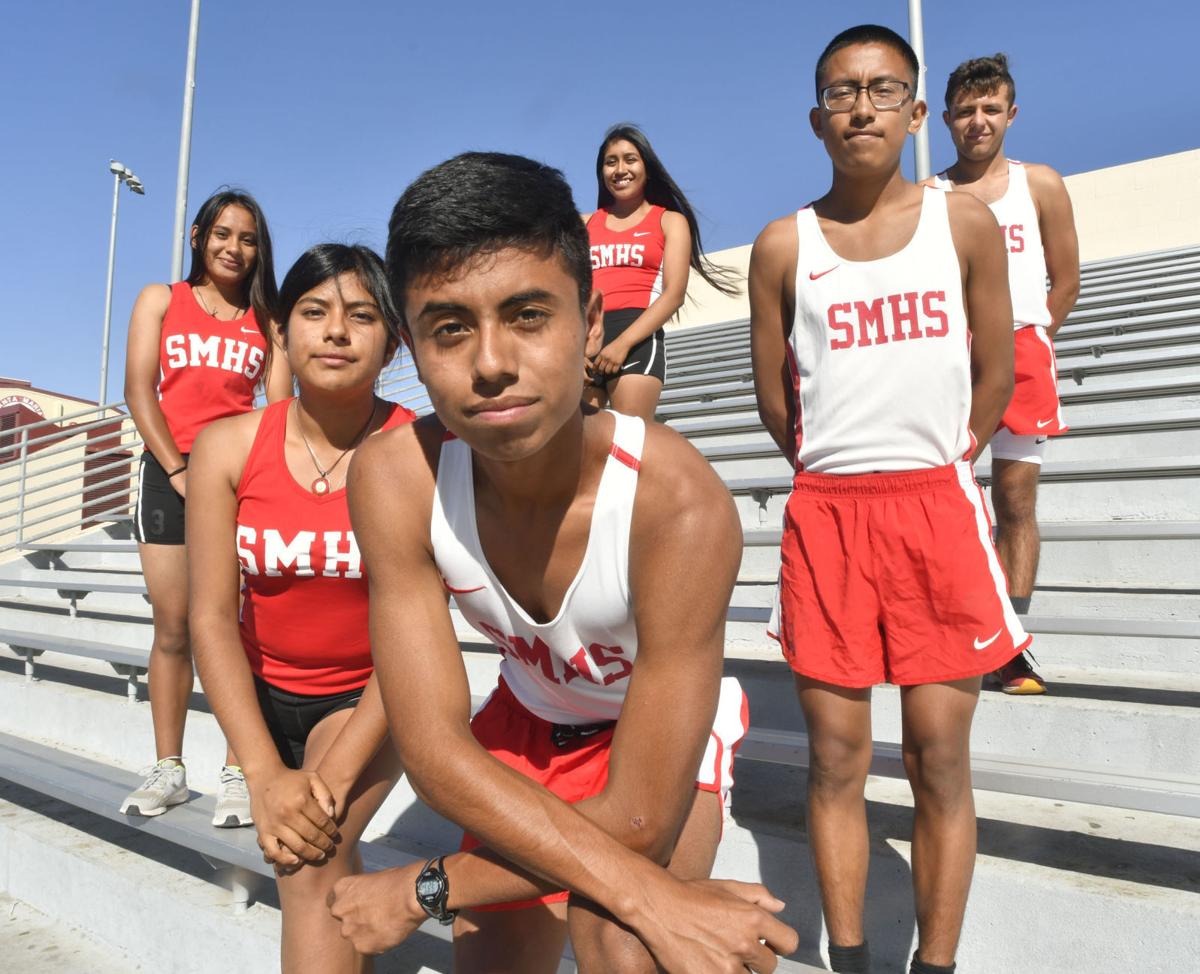 Santa Maria’s boys cross country team dominated the varsity race at the 2017 Los Padres League Cross Country Finals at Morro Bay High School, and the Saints made some history as a result.

“There are a couple of guys who have school records for the 1940’s, and I couldn’t see anything about cross country.”

Wallace said, “This is the first fall sports title for the school since the girls tennis team won one in 2002.” Then-coach Ginny Barnett guided that squad to a CIF Southern Section divisional final.

Cabrillo, Nipomo and Lompoc, along with Santa Maria, earned automatic berths in the Southern Section prelims.

Santa Ynez was the girls team runner-up. Cabrillo, which finished fourth, also earned an automatic berth in the sectional prelims.

Webb qualified for the sectional prelims as an individual by virtue of her fifth-place finish.

Wallace still coaches the Santa Maria boys cross country. Steven Youngblood has since taken over as the girls coach.

The 2017 season was most area fall teams’ last in the Southern Section before the 2018 move to the Central Section.

Santa Maria’s boys won the Ocean League championship in their first year in the Central Section. The section office moved the Saints to the bigger Mountain League for the 2019 season.

The Saints did not win the league championship that year, though Santa Maria junior Yair Torres did qualify as an individual for the state meet.

What you need to know for Tuesday, October 6

A pandemic hasn't been able to knock the Y off its path.

Santa Maria's Cesar Ayuso finishes third at the Santa Barbara County Cross Country Championships, at River Park in Lompoc in October of 2017. Ayuso would lead the Saints to their first fall sports league title since 1992 that year.

Santa Maria's Cesar Ayuso, finishes second during the River Park Invitational in Lompoc in September of 2017.