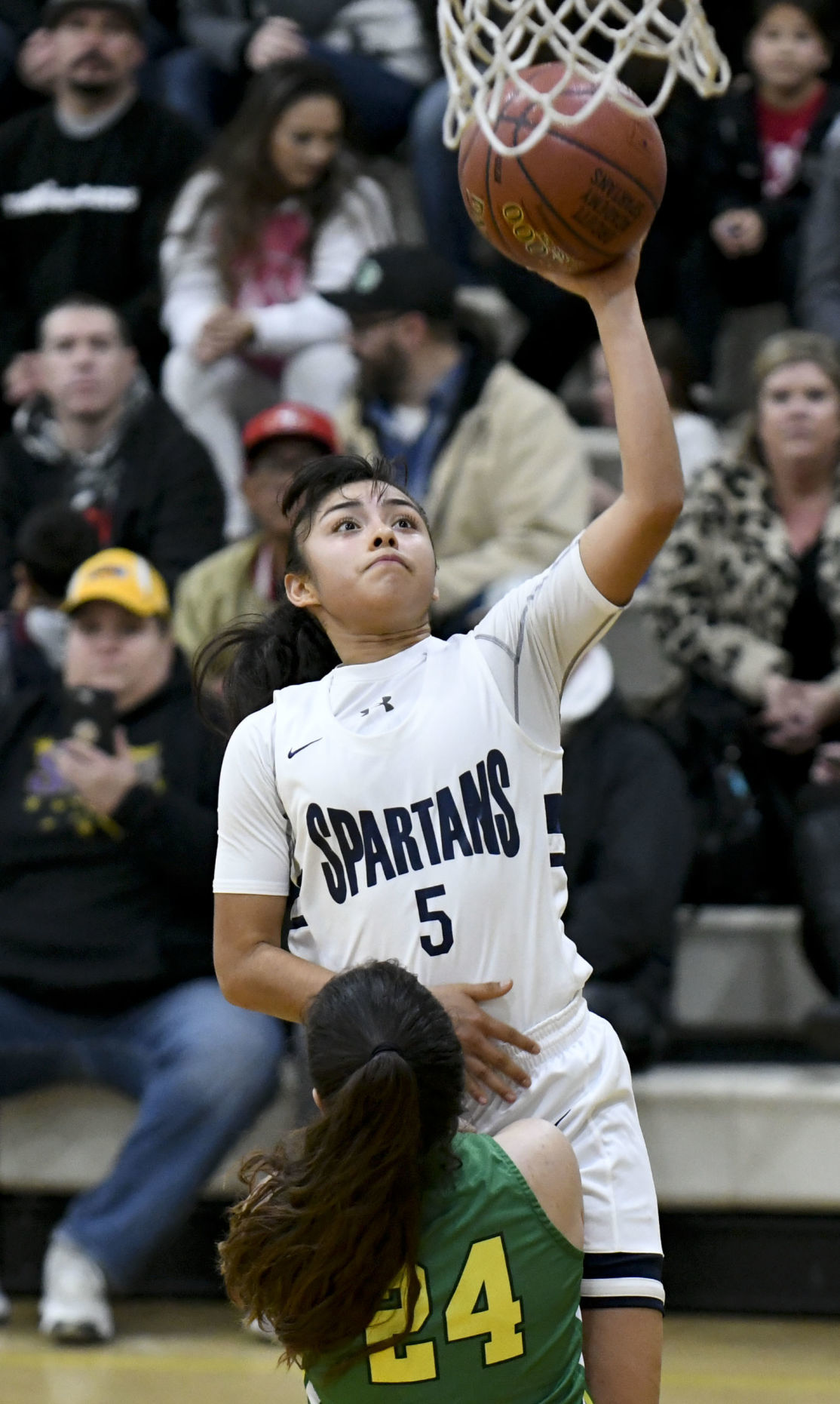 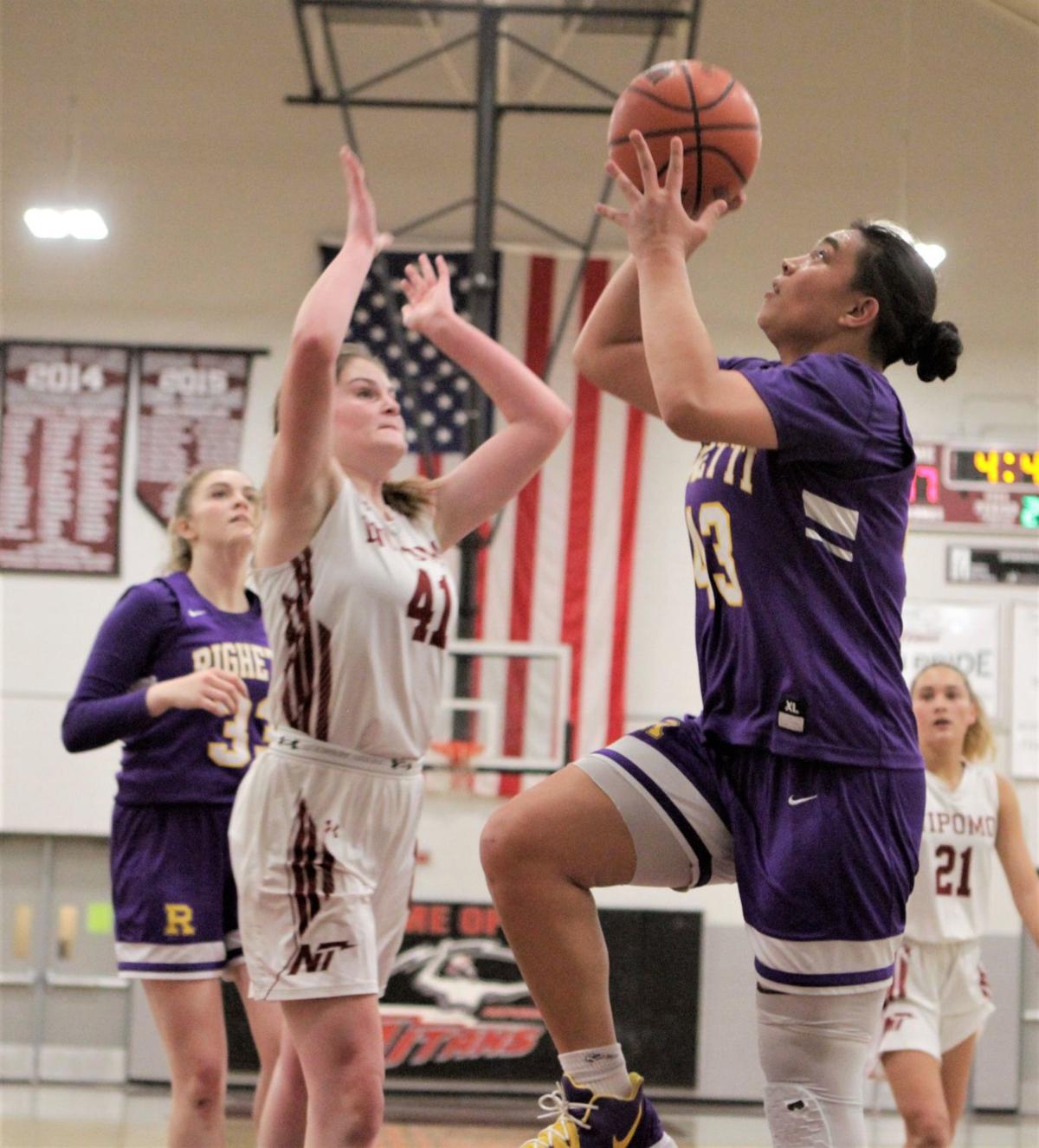 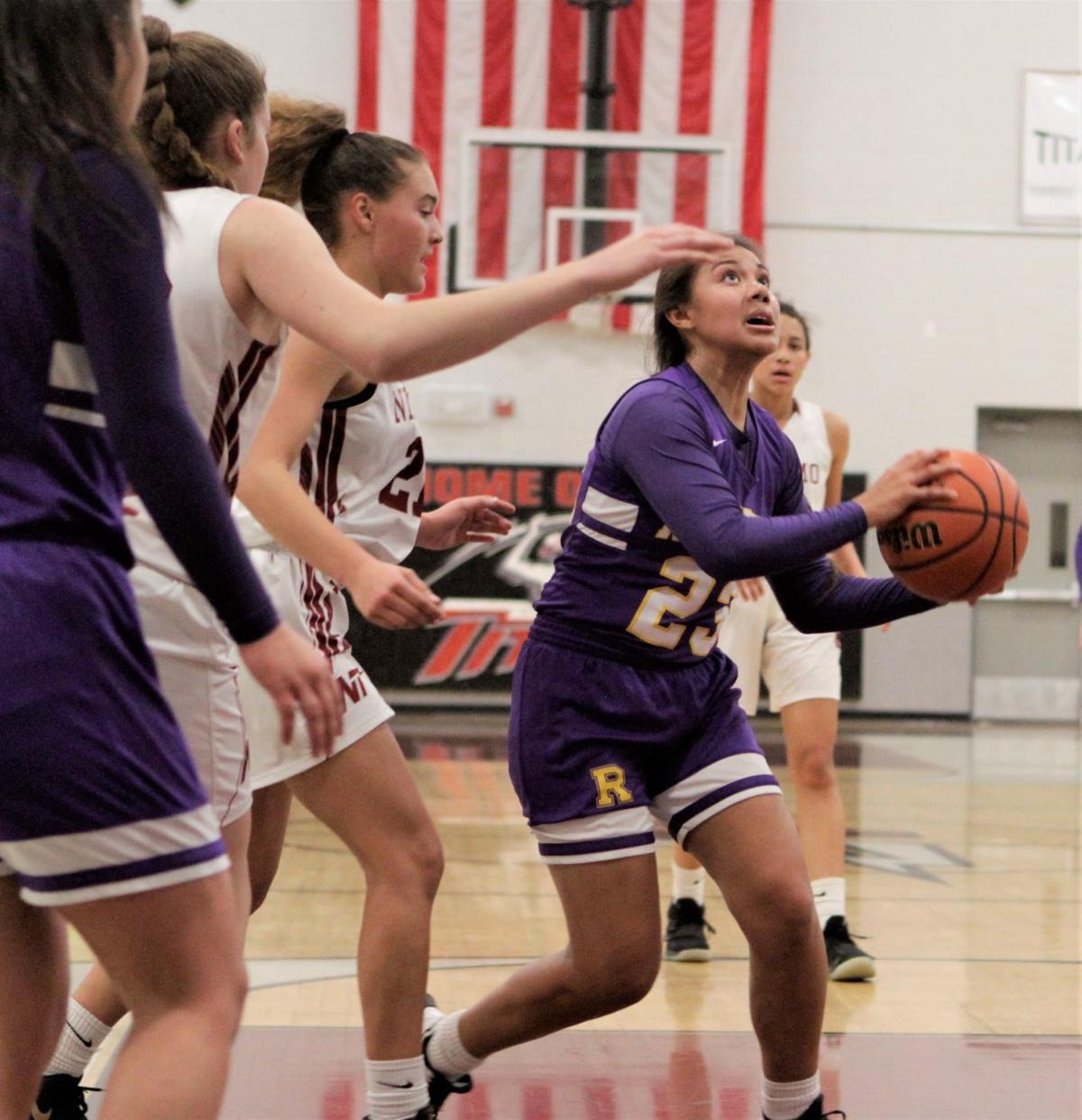 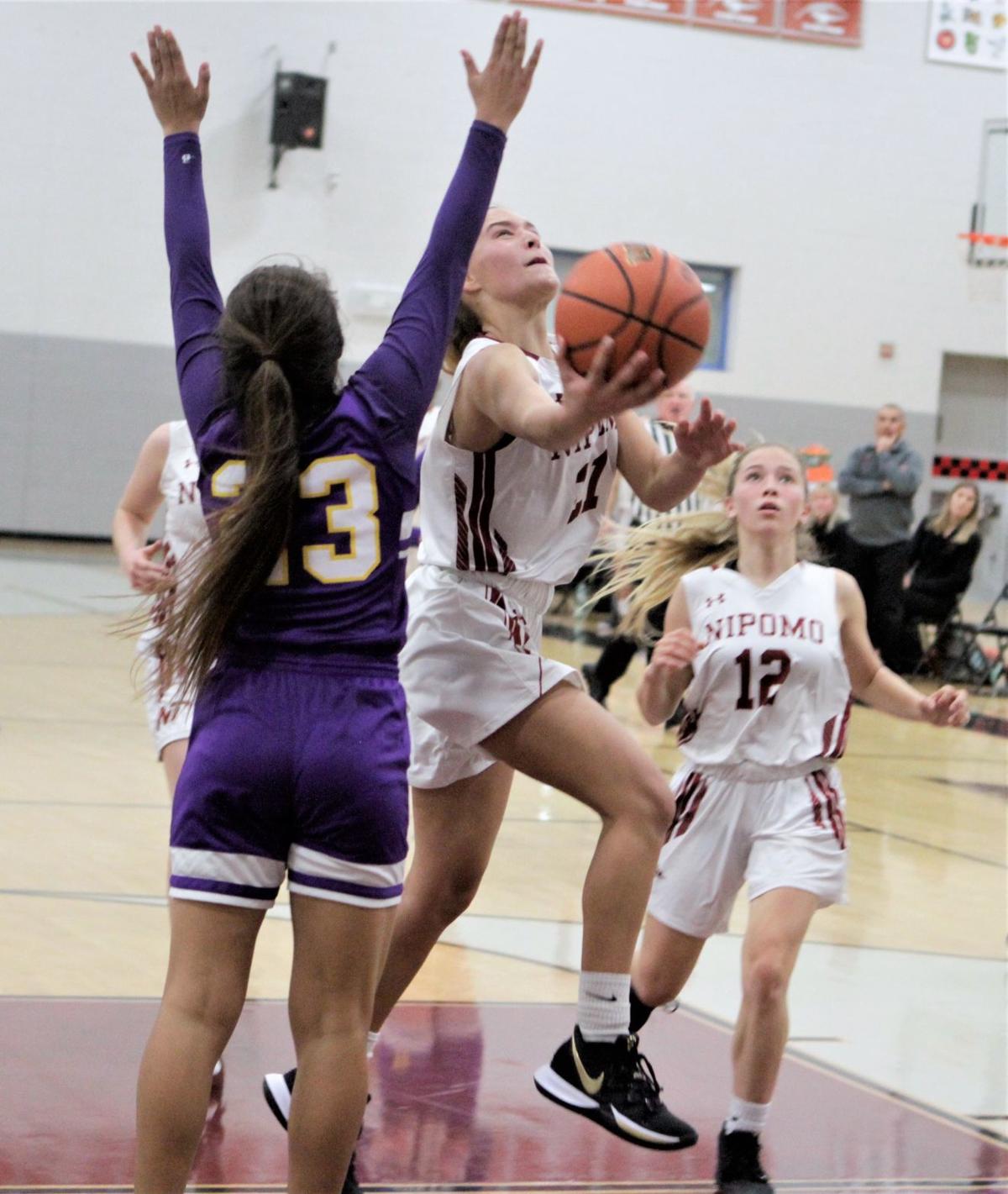 At this point in the high school basketball season, just about all the teams have figured out their strengths and weaknesses and where they stand in the Central Coast pecking order.

Some teams have separated from the rest of the pack, though as league leaders are clearly defined.

Still, there's plenty of teams shuffling up and down in our weekly LCCN Power Rankings.

So let's take a look where we have teams ranked as they tip-off the final half of league with the playoffs are on the horizon.

1. Righetti (18-2, 7-0 Mountain): The Warriors are the team on the Central Coast. They've passed just about every challenge they've faced. No area team has consistently challenged them, especially lately. Junior Malia Cabigon is becoming one of the best players in the area and has all the tools to go straight to a four-year school. Alexandria Paquet consistently provides that needed shooting and scoring punch and the Warriors have a handful of gritty guards, including Natalie Garcia, Abigail Salazar and Mishila Garcia.

2. Nipomo (16-5, 4-3 Mountain): The Titans have taken the challenge of moving up to the Mountain League head on. They've taken the league's best, including Righetti, to the limit. Makennah Simonson is the best freshman in the area and they're competing in the area's toughest league with a single senior on the roster. They were close with Righetti on Tuesday, but faltered late.

3. Santa Barbara (11-8, 4-0 Channel): The Dons have tightened their grip on the Channel League and we don't see them letting go. Cabrillo is the only team to not lose by double-digits in a league game against Santa Barbara this year.

5. San Luis Obispo (15-7, 6-1 Mountain): We probably have the Tigers a little low this week, but they did lose some steam after getting absolutely thumped by Righetti last week, 64-35. Both teams were 5-0 in league heading into that one, but SLO just didn't show up. The Tigers have been a little inconsistent overall, sandwiching the Righetti loss with a pair of decisive wins over Paso and Arroyo Grande.

7. Cabrillo (11-9, 3-2 Channel): Morgan McIntyre is having a solid season for the Conqs, their only player to average double-digit scoring. McIntyre is averaging 12 points and 58 rebounds per game. Jesse Jenkins is also a major contributor, with 9.6 points per game and 5.7 rebounds. They've got wins over San Marcos, Santa Ynez and Lompoc and should be competitive against Santa Barbara and Dos Pueblos in the second round of league play.

8. Mission Prep (12-8, 2-4 Mountain): The Royals have struggled to keep pace against the Mountain League's best but have been consistently competitive. They scored an overtime win over Pioneer Valley last week that was huge.

9. Dos Pueblos (11-5, 2-2 Channel): The Chargers are having an inconsistent season in the Channel League, with wins over San Marcos and Cabrillo and losses to Santa Ynez and Lompoc.

10. Pioneer Valley (10-11, 1-6 Mountain): The record isn't great, but the Panthers have shown flashes of competing with the Mountain League's top teams. They have a 66-57 loss at Nipomo and four-point losses to both Righetti and San Luis Obispo. Pioneer Valley has a solid core of Chyanna Medina-Tell, Ravynn Anielski and Mercedes Arredondo.

1. Arroyo Grande (18-4, 4-0 Mountain): The Eagles clearly deserve the No. 1 spot again this week after outscoring two league opponents by a combined 57 points, but I'm still looking forward to the Jan. 31 rematch vs. St. Joseph. The Eagles held serve at home against this week's No. 2 team, winning 65-56 after trailing 48-44 in the fourth quarter.

2. St. Joseph (17-5, 3-1 Mountain): Tom Mott's crew hasn't been fazed by their lone league loss, following the defeat to A.G. with a 54-45 win over Mission Prep and an 88-50 win over Paso Robles on Tuesday. The Knights are at rival Righetti on Friday in another league game, though St. Joseph will be the heavy favorite in that one.

3. Santa Barbara (13-7, 4-0 Channel):  The Dons appear to be cruising along in the Channel League, though San Marcos is right on their tail.

5. Cabrillo (14-8 3-2 Channel):  The Conqs are a solid squad that aren't really going to wow anyone. They've got solid guard play and just enough size to compete with just about any area team. Steven Coleman has done a solid job getting this team to where it's at. The Conqs lost 50-41 to San Marcos on Tuesday and have a 55-39 loss to Santa Barbara.

6. San Luis Obispo (13-9, 2-2 Mountain):  The Tigers have been tough all year, but a 63-37 loss at Arroyo Grande on Tuesday is a head-scratcher. They usually play everybody tough, but Arroyo Grande rolled in the Tigers' home, winning by 26 points.

7. Mission Prep (12-9, 2-2):  The Royals just don't have enough firepower to overcome the league heavyweights, St. Joseph and Arroyo Grande. The talent is there, but the Royals are still a step away from being an area power this season.

9. Nipomo (13-9, 4-2 Channnel):  The Titans are a solid Ocean League team. I did have higher hopes for them a couple months ago, with thoughts they could compete for a league title. They should be able to compete in the Division 3 playoffs, though they'll be a lower seed.

10. Templeton (9-14, 5-2 Ocean): The Eagles have come together in league play, winning five of their seven Ocean games but going just 4-12 in out-of-league play.  Nipomo hosts Templeton on Friday in a big league game.