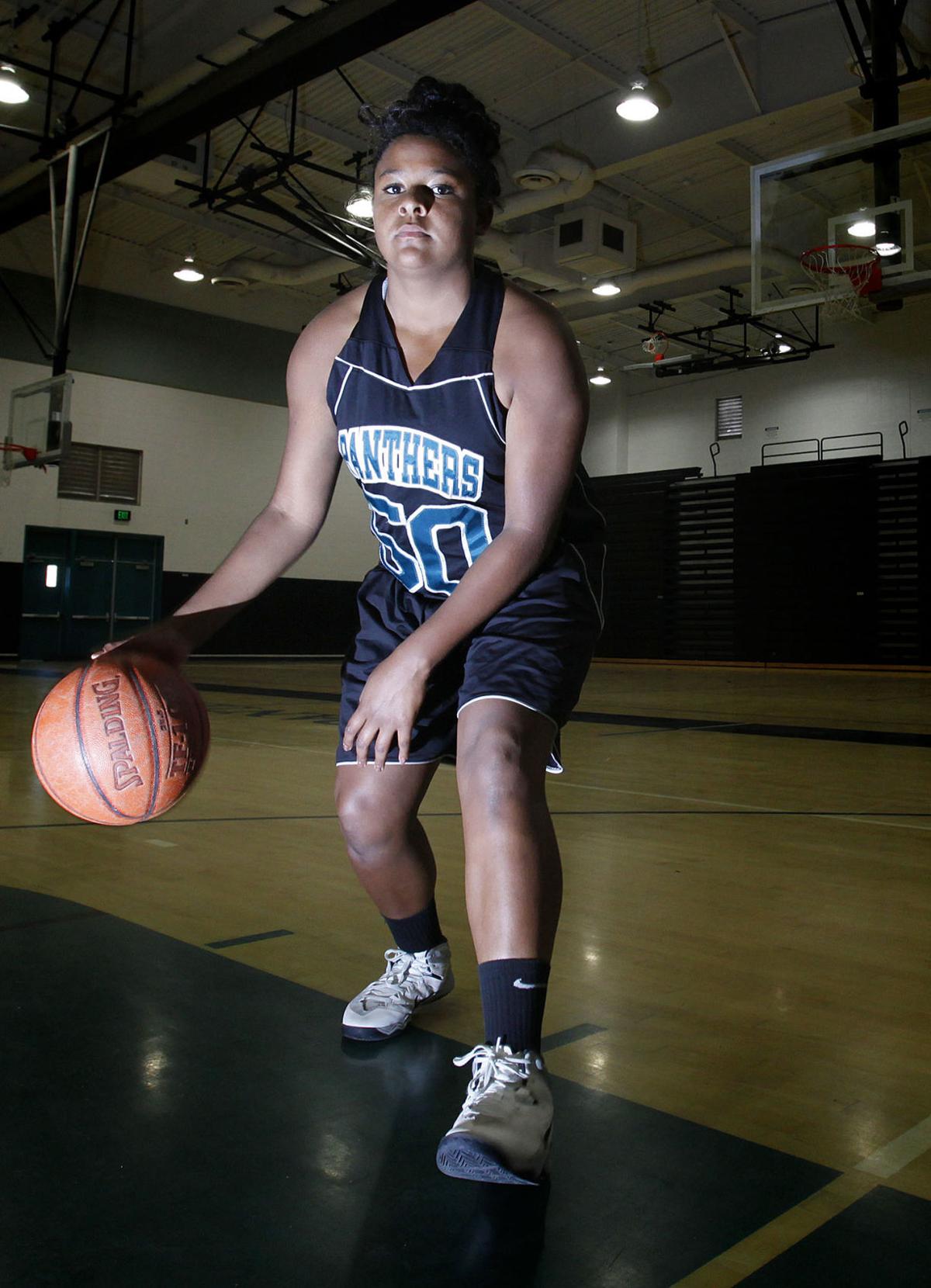 In 2014, Pioneer Valley's Shnyia Tell was named the All-Area MVP and the co-MVP of the PAC 7 League. She averaged 16 points and 13 rebounds a game as the Panthers won the school's first-ever league title in girls basketball. 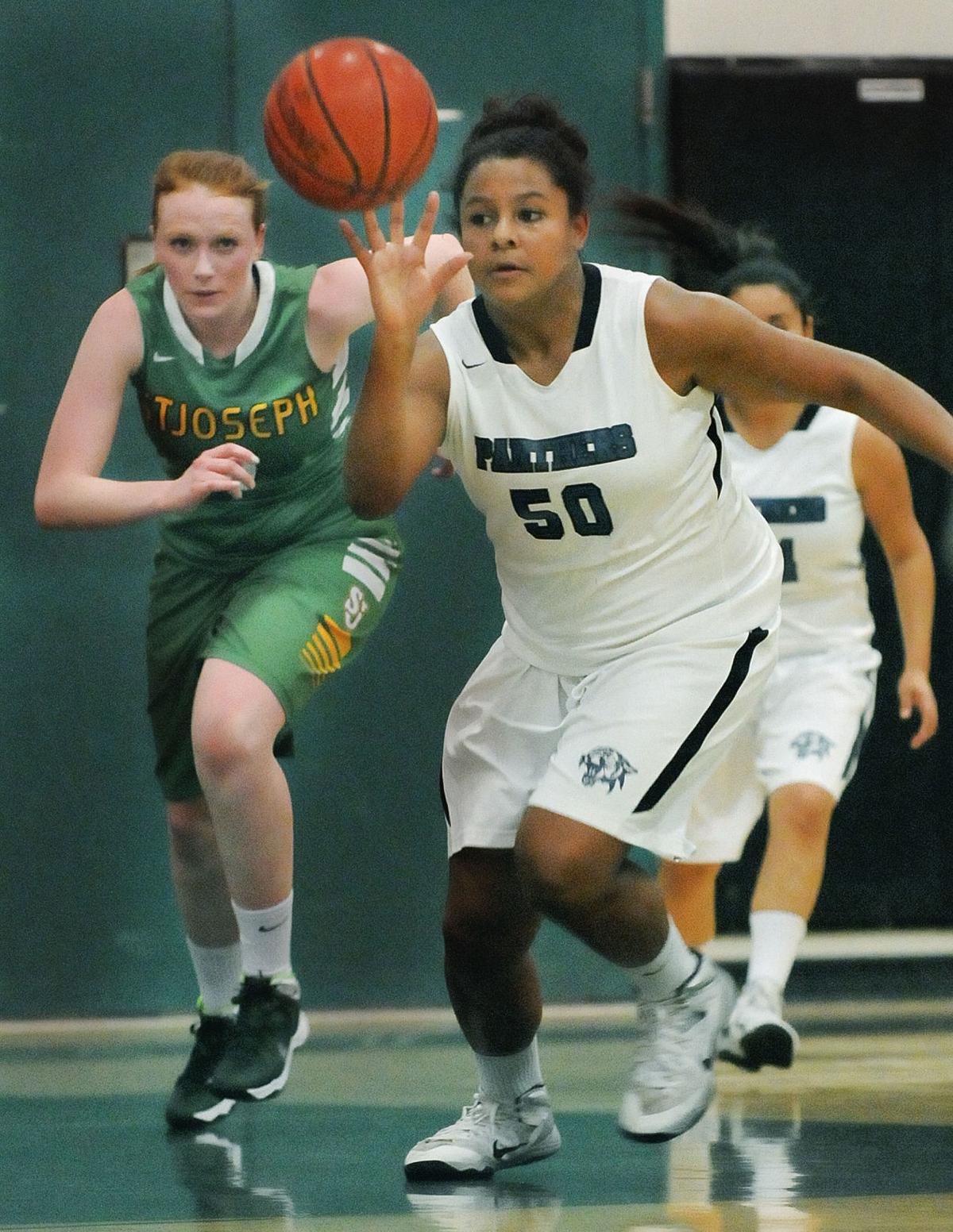 Pioneer Valley's Shnyia Tell gets a loose ball ahead of St. Joseph's Bridget Rigali during a game in the 2013-14 season. Tell was named league and All-Area MVP that year. 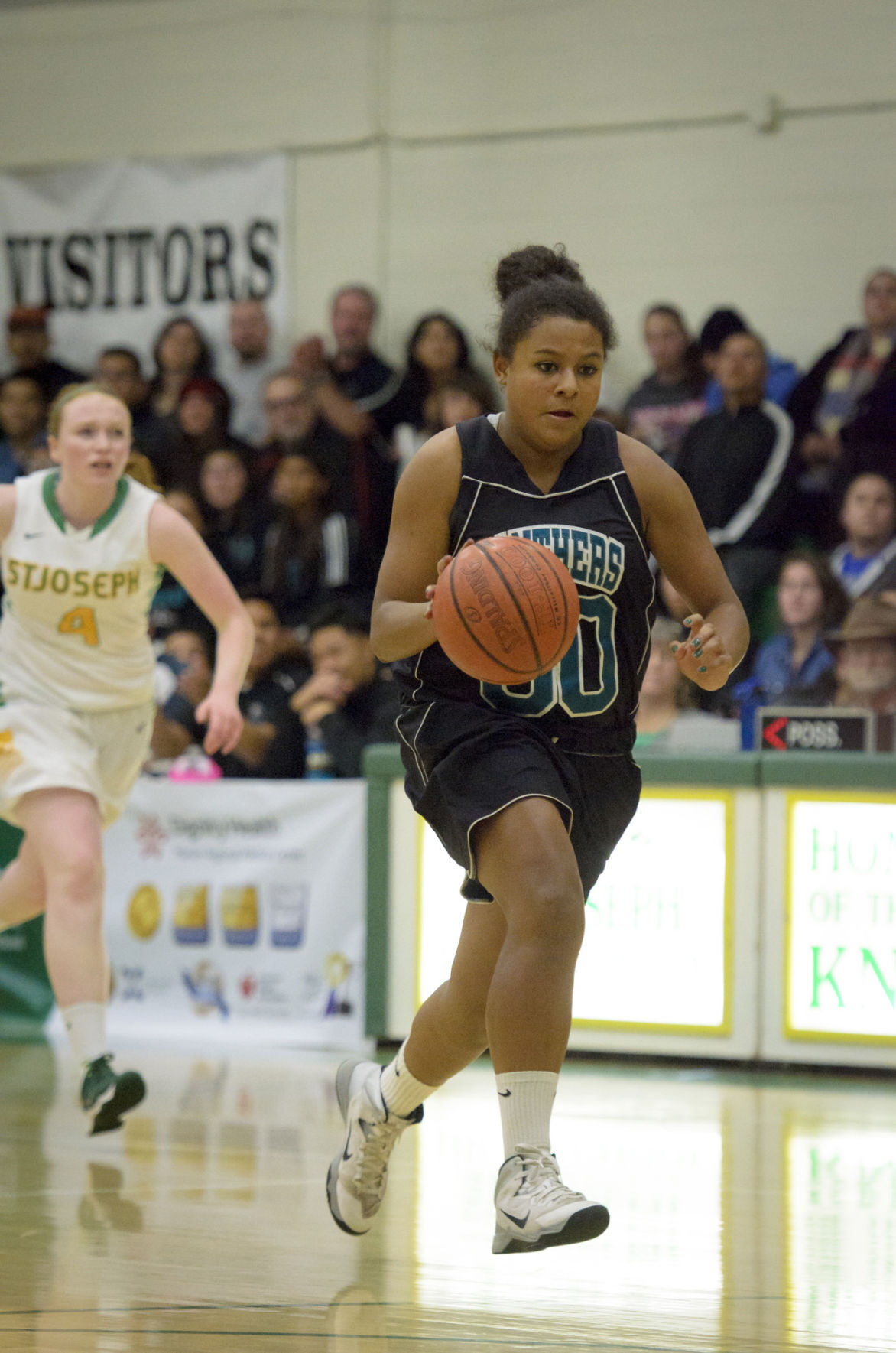 Pioneer Valley's Shnyia Tell steals the ball and sprints to the rim during a game at St. Joseph High School in 2014.

As one of the area's newer high schools, the Panthers have yet to build up the rich tradition of success like St. Joseph or even Righetti have.

But make no mistake, the Panthers have encountered success on the hardwood. The first player to take the Panthers to those heights was the one-and-only Shnyia Tell.

And Tell did this as a rarity. She wasn't particularly tall, quick or athletic. Tell was a ferocious competitor that out-hearted opponents, especially while working on the glass.

The Panthers went went 38-13 over her two final seasons after going 19-27 in her first two seasons. Tell was named the All-Area MVP as a senior in her 2013-14 season, one in which the Panthers won their first PAC 7 League title.

Tell is the 12th nominee for the Times' Player of the Decade contest.

Tell's play certainly had the self-motivated look. The post player never backed down from a rebound, recording nearly 850 in her high school career, often willing or (legally) pushing her way into prime rebounding position.

“Rebounding is mind of matter more than anything else," Tell said in 2014. "I feel like I’m a 6-foot-2 player; I’m going to play like I’m 6-2. I get big. I just push people and try to be as aggressive as I can be without fouling.”

Tell's offensive game wasn't always pretty, but it was effective. She shot over 50% from the field by working the offensive glass for easy put-backs or getting past bigger, slower defenders. She scored 1,015 points in her high school career.

After high school, Tell considered trying to walk on to the women's team at Chico State, but ultimately focused on school, graduating with a degree in exercise science.

Rather than accept the fate of a canceled 2020 world robotics competition season caused by the COVID-19 pandemic, a small group of students from the SYVUHS MechaPirates 5136 robotics team decided to embark on a new challenge.

In 2014, Pioneer Valley's Shnyia Tell was named the All-Area MVP and the co-MVP of the PAC 7 League. She averaged 16 points and 13 rebounds a game as the Panthers won the school's first-ever league title in girls basketball.

Pioneer Valley's Shnyia Tell gets a loose ball ahead of St. Joseph's Bridget Rigali during a game in the 2013-14 season. Tell was named league and All-Area MVP that year.

Pioneer Valley's Shnyia Tell steals the ball and sprints to the rim during a game at St. Joseph High School in 2014.