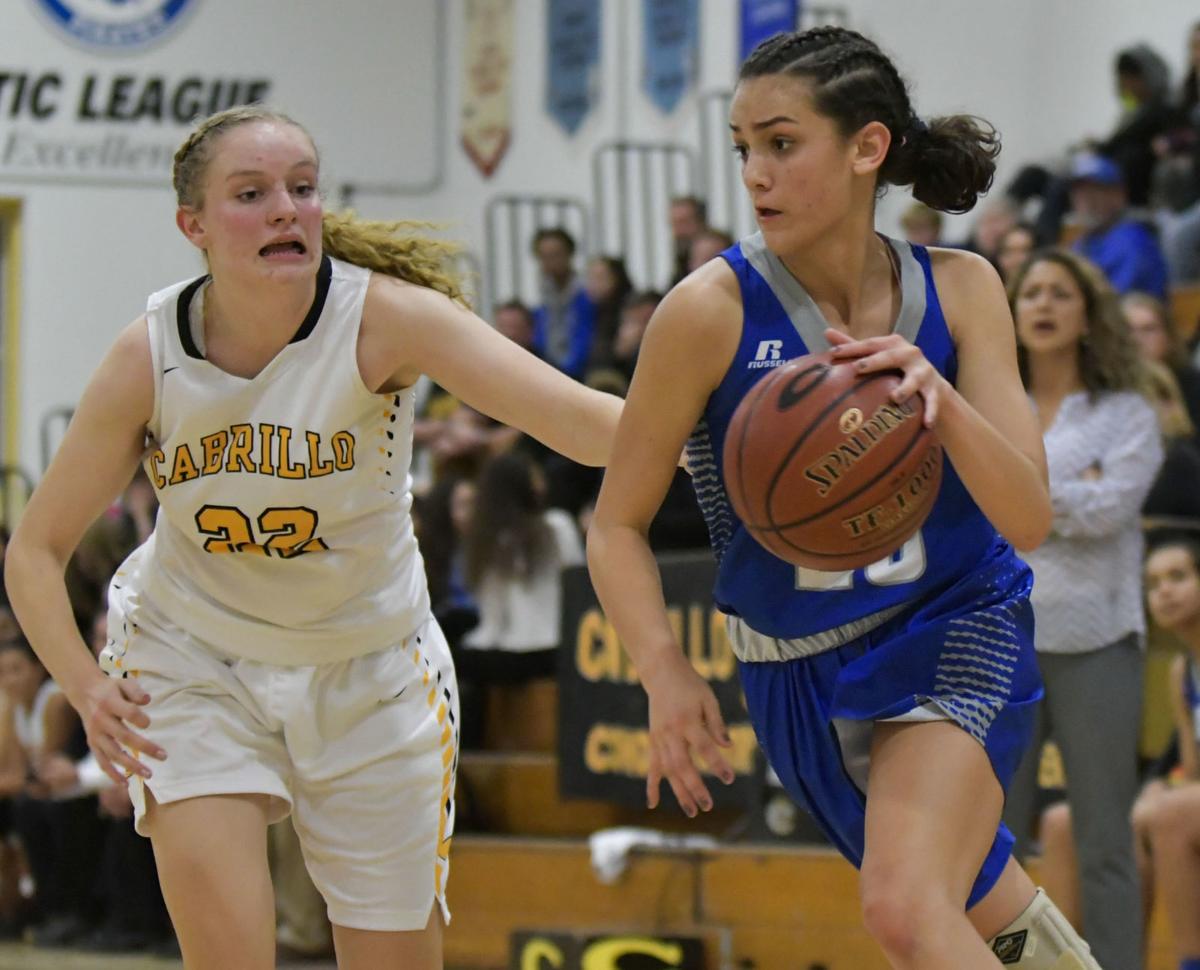 Lompoc's Danielle Morgan drives on Cabrillo's Alexa McCune during a 2018 game. Morgan topped 1,000 career point on the basketball floor with the Braves and earned numerous All-Area and All-League honors while with LHS. She's the next nominee for Player of the Decade. 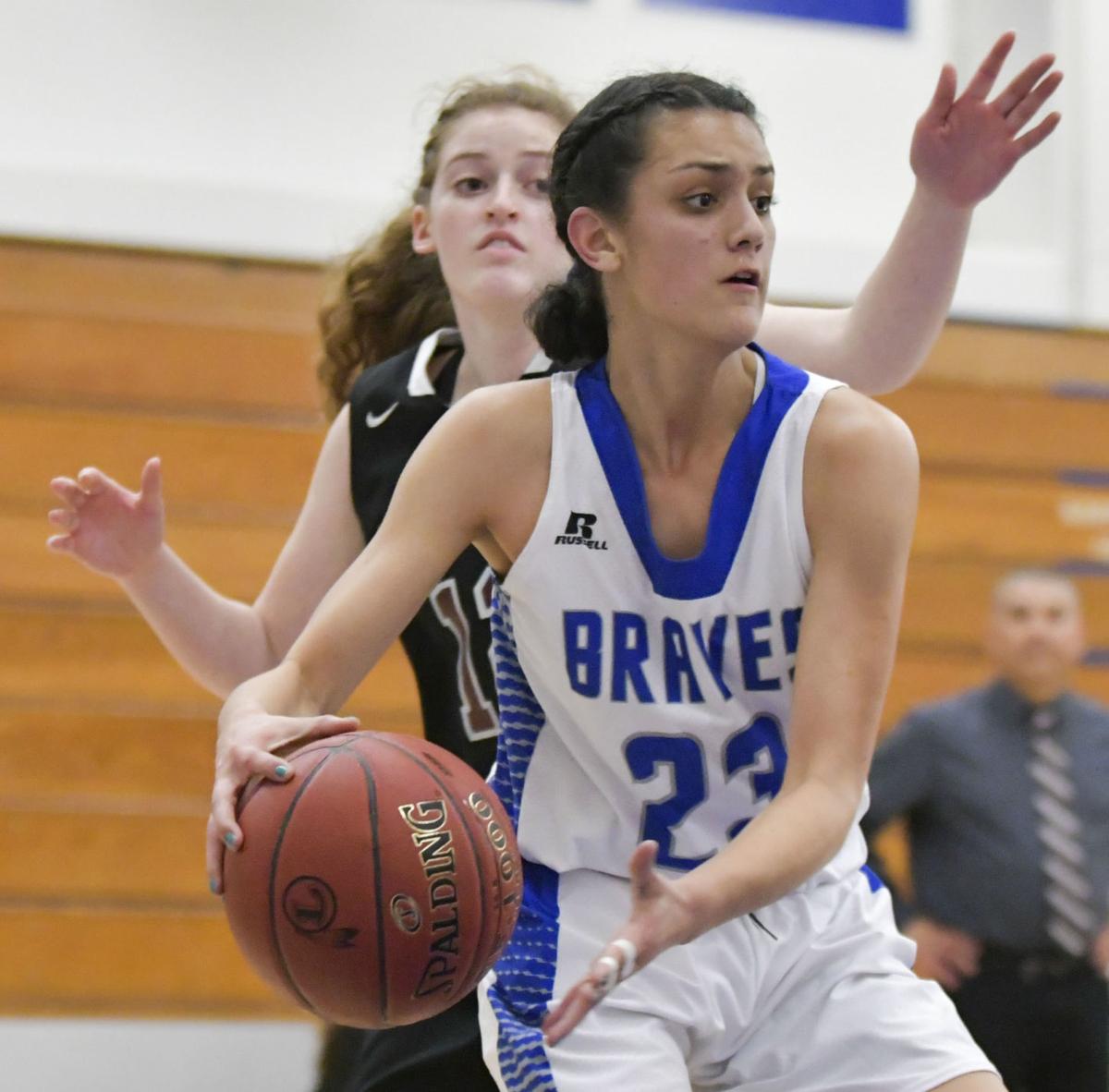 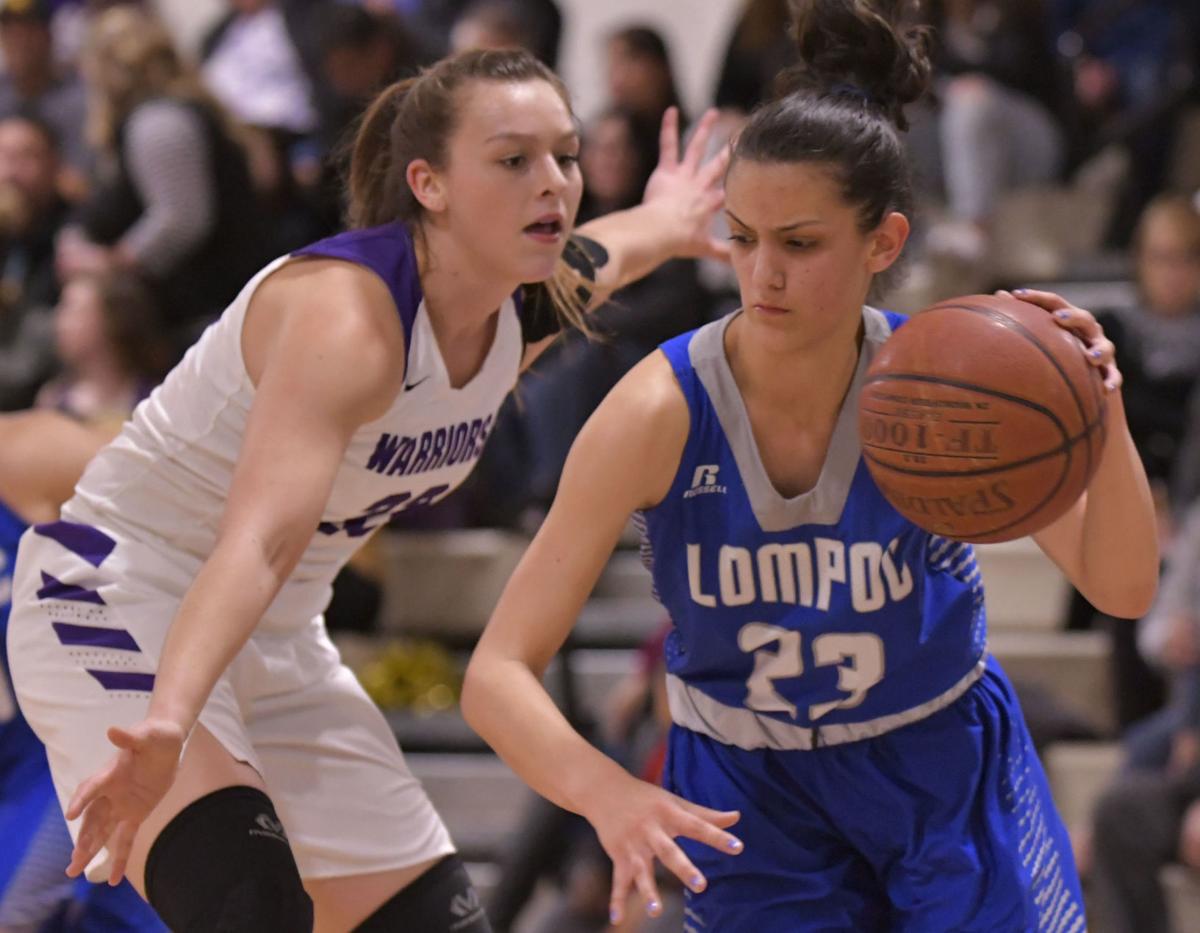 Danielle Morgan piled up the accolades during her time at Lompoc High, becoming one of the most decorated basketball players on the Central Coast.

Morgan topped 1,000 career points with the Braves, finishing her prep career with 1,186 points. She averaged 17 points, 8.5 rebounds and 4.8 assists as a senior at Lompoc.

Though her Lompoc High days are well behind her, she hasn't stopped piling up the hardware. As a freshman at Hancock College during the 2018-19 season, Morgan became the Bulldogs' top player. She was named to the All-Western State Conference First Team as a freshman.

The 5-foot-8 guard averaged 15.8 points and 7.7 rebounds per game in her first season with the Hancock. She missed last season with a torn labrum, but hopes to return once play resumes at the junior college level, whenever that may be.

Morgan is the fourth nominee for the Player of the Decade award. She joins Arroyo Grande's Ashlyn Herlihy, Righetti's Molly Schlemer and Cabrillo's Erin Jenkins. The Times is polling current and former coaches to develop its list of nominees for Player of the Decade.

Though Morgan built a flashy résumé at Lompoc with plenty of individual accolades, those honors belie the type of player she was. Morgan was an aggressive and relentless perimeter defender that played hair-on-fire defense for all 32 minutes. While her defense was constant, she steadily developed an offensive game to match. Morgan became an offensive threat who would slash through defenses with her quickness and ball-handling ability. Her jump-shooting ability continued to improve as well, becoming a more than able shooter, even at the junior college level.

But a moment that really defined her days as a Brave came in her final season at LHS. As the lone senior on the team toward the end of the 2017-18 season, Morgan was so battered that she almost wasn't able to play in her senior night game.

But Morgan told her head coach and mother Claudia Terrones “Don’t sit me – no matter how much pain I’m in,” according to a Lompoc Record story from 2018 by former sports writer Lorenzo J. Reyna.

Morgan, of course, did play and scored 22 points in the game on a bandaged right knee. She willed her team to a 61-41 rout of Morro Bay.

“I’m a very emotional person," Morgan told Reyna that night. "Right before the game, I just cried. Just being able to play four years here at this high school is just phenomenal – and it was under my mom. I’m so grateful for all the support I’ve had."

Morgan continued to play through pain and injuries at Hancock, but was forced to sit out last season in hopes of returning as a sophomore for the 2020-21 season.

The rest of the nominees will be announced in the coming weeks before a reader tournament will be held to determine the girls basketball Player of the Decade. Readers will be able to vote online at santamariatimes.com; lompocrecord.com and syvnews.com.

Chiefs get better, faster as AFC West rivals try to catch up

While Kansas City’s four consecutive AFC West crowns aren’t anywhere close to New England’s string of 11 straight AFC East titles, not even the Patriots have dominated their division like the Chiefs have ruled theirs over the last five seasons.

Bailey: Are area schools on the right track in restarting?

St. Joseph High started last week. Lompoc and Cabrillo are planning to start next week, on Sept. 8. Santa Ynez has set Sept. 14 as its date while the Santa Maria Joint Union High School District announced Tuesday that it will resume on Sept. 21.

Claire Tuggle, one of the top young swimmers in the nation, joins Central Coast swim scene

Tuggle, who committed to swim for the University of Virginia last month, won the girls 500 freestyle and finished second in the 200 free at the 2019 CIF State Meet when she was a freshman at Clovis North High School.

SMJUHSD joins most area high schools who already have return-to-play dates in place. St. Joseph High School resumed athletic activities on Aug. 24. Lompoc Unified, with Cabrillo and Lompoc, is planning to return on Tuesday, Sept. 8. Santa Ynez Valley Union High is scheduled to return on Monday, Sept. 14. The Warriors, Saints and Panthers will follow on Sept. 21.

Lompoc High's next big-time running back has arrived

Napoleon Kaufman, Sheldon Canley, Lavon Coleman, Toa Taua are all Lompoc High running backs to play major college football, with Kaufman and Canley both being selected in the NFL Draft.

The next great Lompoc back has already arrived and he has a familiar name: Sheldon Canley Jr.

Now Baro is attending school, and playing soccer, at William Penn University, an intercollegiate NAIA school in Oskaloosa, Iowa. Baro was in goal for the Statesmen when they opened their season Saturday.

Herlihy is the third nominee for the Times' Player of the Decade award. She joins former Cabrillo standout Erin Jenkins, a two-time All-Area MVP, and Righetti graduate Molly Schlemer, who earned All-Big West honors with Cal Poly after starring at Righetti.

Lompoc's Danielle Morgan drives on Cabrillo's Alexa McCune during a 2018 game. Morgan topped 1,000 career point on the basketball floor with the Braves and earned numerous All-Area and All-League honors while with LHS. She's the next nominee for Player of the Decade.