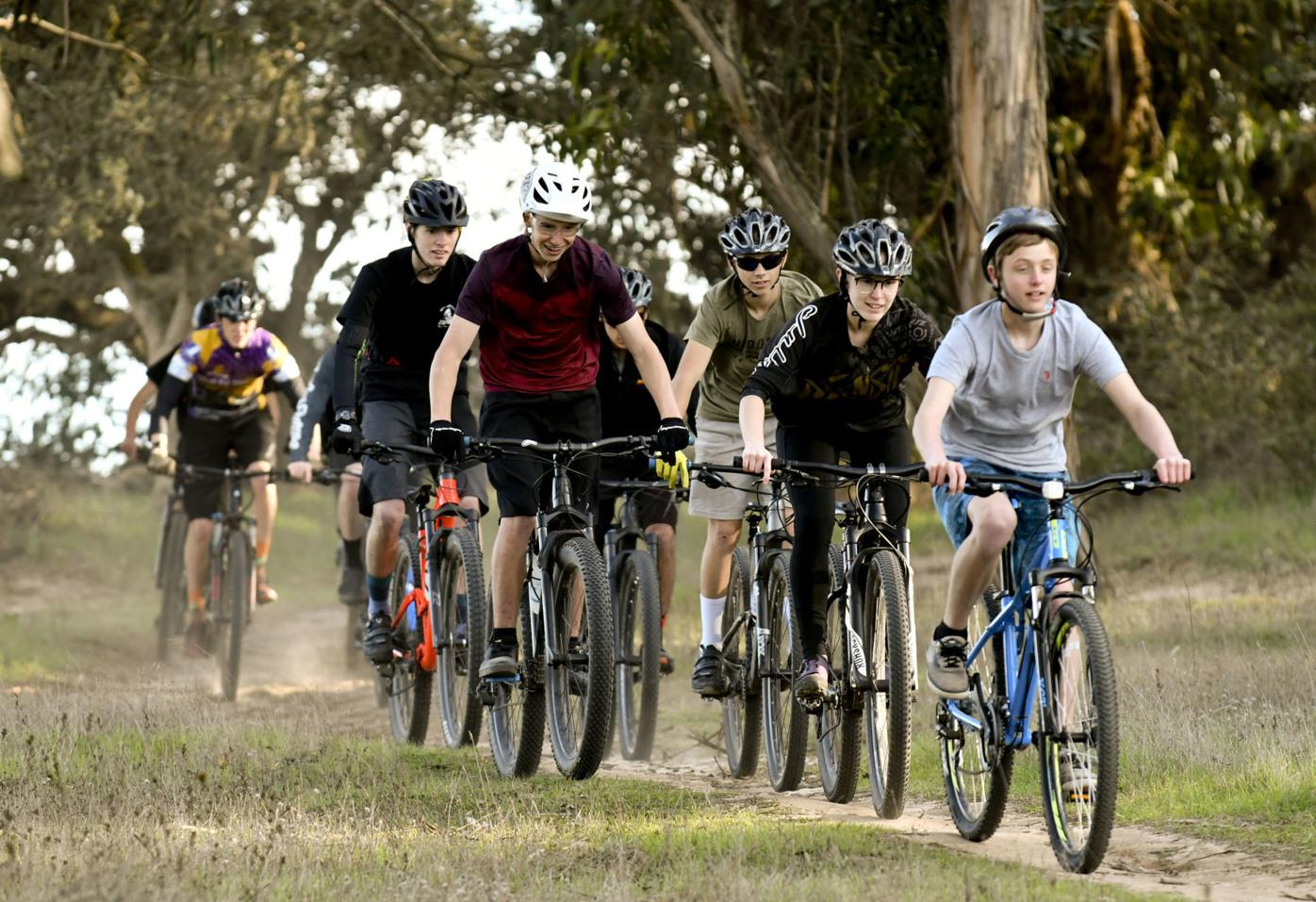 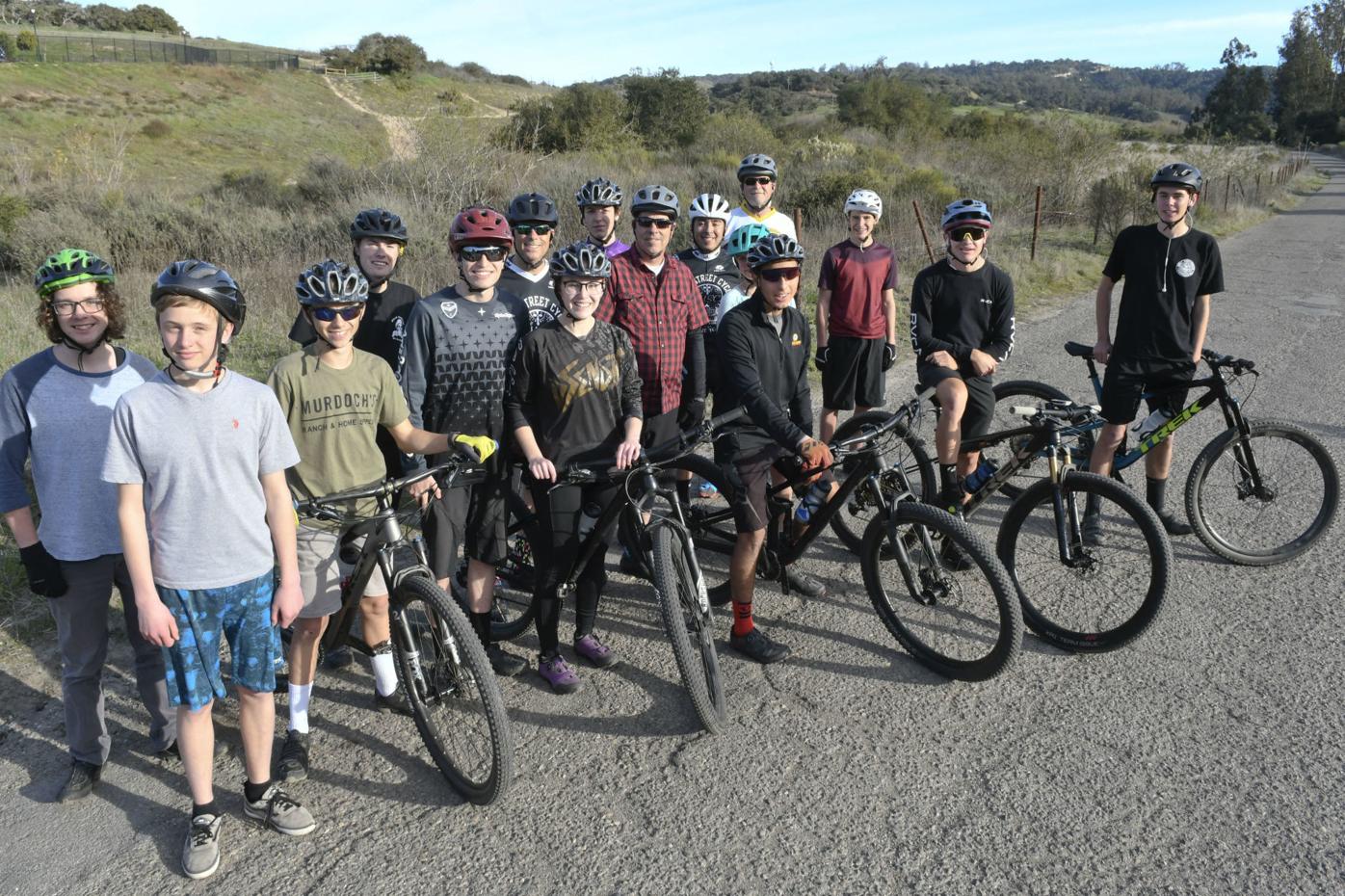 Cyclists on the Santa Maria Valley Composite Mountain Bike team get ready to train on the Orcutt community trails. 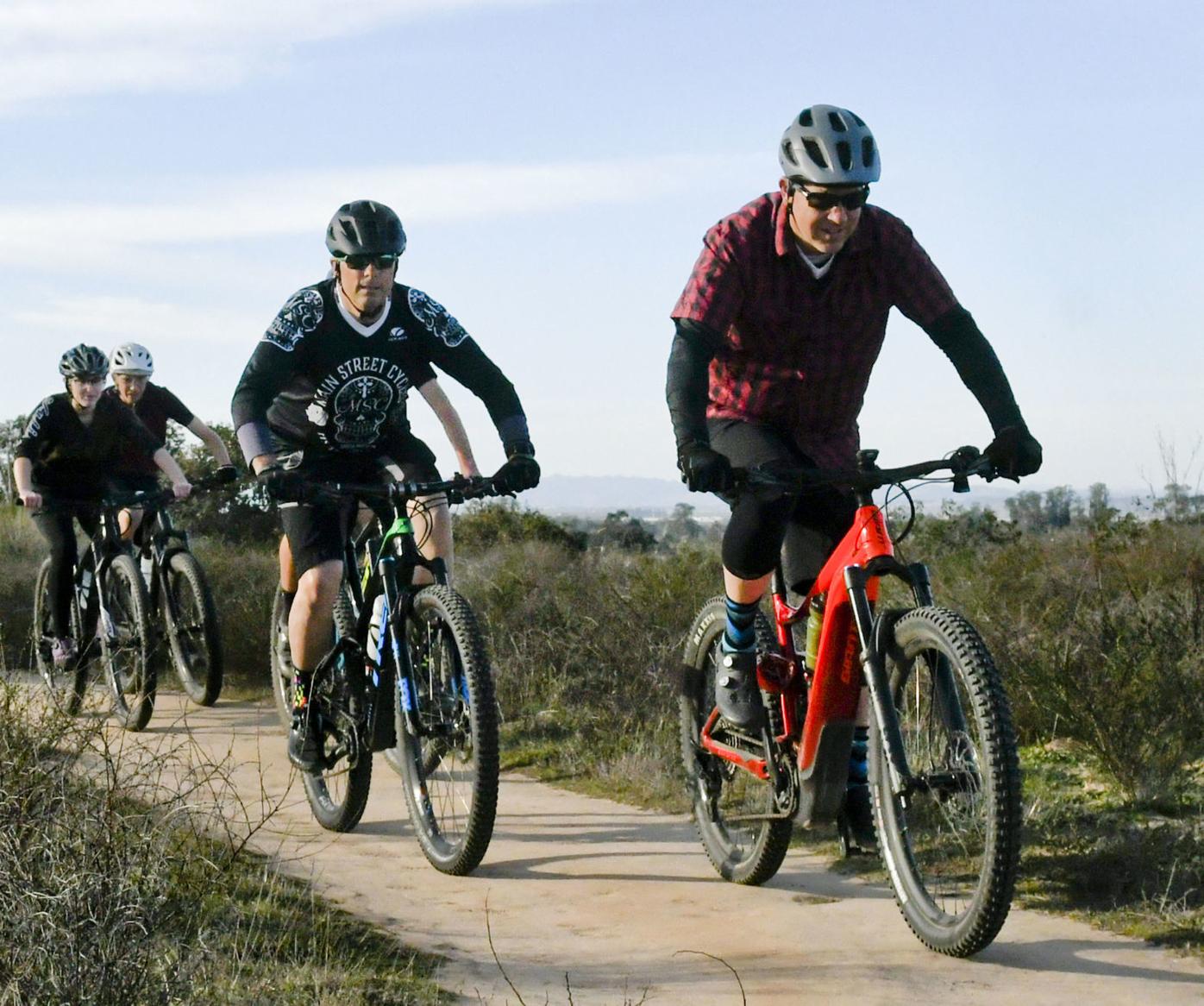 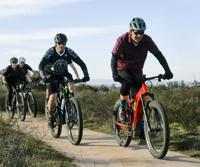 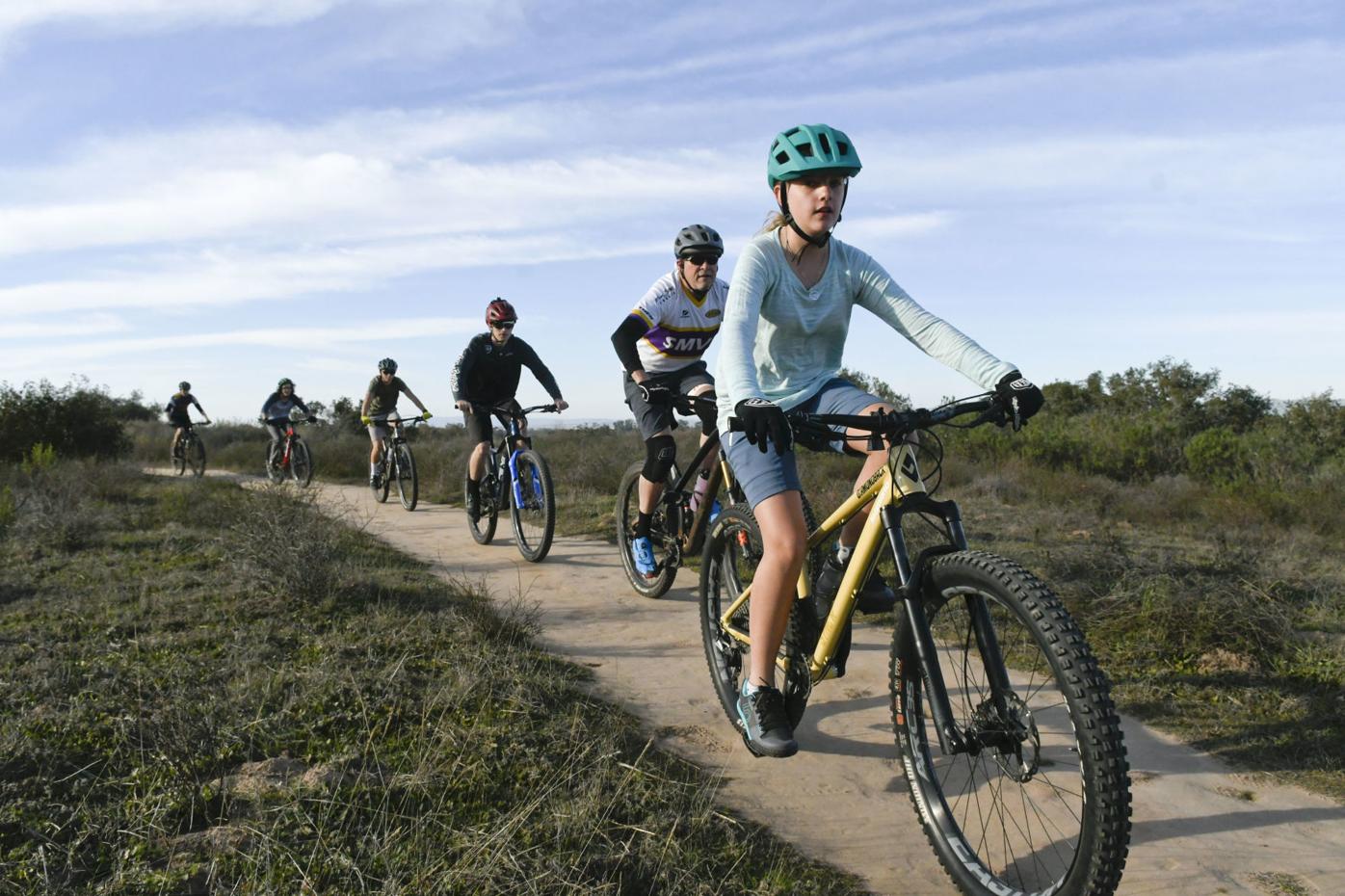 Cyclists on the Santa Maria Valley Composite Mountain Bike team get ready to train on the Orcutt community trails.

Tony Gamberutti and his crew have been putting in work preparing for another year of competition.

Gamberutti, the longtime coach of the Santa Maria Valley composite mountain biking team, will embark on his ninth season when SoCal Cycling League action kicks off early next month.

His team, and the sport in general, continues to grow.

"It's huge. There's probably going to be 1,000 to 1,500 kids racing in the SoCal League this year," Gamberutti said before a recent practice. "For 2021, the league is splitting in half because it's gotten so big. There's a league in Northern California that's four years older than our league and they've already split. The sport is the fastest growing high school sport in the nation right now."

"I know Utah has teams with over 200 kids," Gamberutti said. "There are more kids racing mountain bikes than than all their other sports combined. There's about 10 to 12 states now where it's exploding. There are constantly new leagues popping up in different states."

Gamberutti and the Valley composite team, which is made up of students from Santa Maria Valley high schools and middle schools, will start the season March 7-8 at the Beach to Boulders event in Lake Perris.

Righetti breaks it open in the third quarter, advances to semifinals

The team regularly practices near Orcutt Community Park, thanks in large part to the Santa Maria Valley Open Space, a non-profit that aims to provide outdoor recreation opportunities in the valley.

"It has been a wonderful place. When we first started the team we didn't have this space," Gamberutti said. "We had to drive all the way out to Colson Canyon and ride on that fire road. Sometimes we had to go out to Montana de Oro. So having this place has been totally awesome."

Gamberutti said the open space has been available for five or six years now.

As the sport continues to grow, the SMV composite team has continued to find success in the sport. Last year, the group finished seventh at the state finals against 40 total teams.

"Our two best riders had horrible races, too," Gamberutti said. "Our star rider, Devin DeBruhl, is actually sponsored by Trek Factory. He's on the most prestigious development team in the United States, Bear Development."

Gamberutti said DeBruhl has won a state title and is ranked third in the nation in his class.

"He'll probably go to the World Championships in Germany," Gamberutti added. "He could be in the Olympics. Maybe not in the next Olympics, but the ones after that."

The coach notes that not all his riders are at the elite level.

"We have complete beginners," Gamberutti said, adding that new riders are always welcome.

It's (past) time to re-think the post-game handshake

Jacob Koll-Antles, a sophomore at Orcutt Academy, has been on the team for two seasons and got his start on two wheels riding dirt bikes.

"It's more of a team sport because you have everyone encouraging you and you're doing everything as a team, but you have to ride for yourself," Koll-Antles said. "You can't be fully focused on everyone else. You have to do it for your own satisfaction sometimes."

Gamberutti is fully immersed in the area cycling scene and that has helped him foster his love for the sport.

"People can reach me at Main Street Cycles, I work there full-time as the service manager," he said. "That's been a nice way to meet people who are into it. There are entry-level bikes that will get you going. But this is a travel sport, we travel to all the races, to San Diego, Orange County, Castaic."

There will be a race at Lake Cachuma, the SoCal Championships this year, Gamberutti said. That race is scheduled for May 9-10.