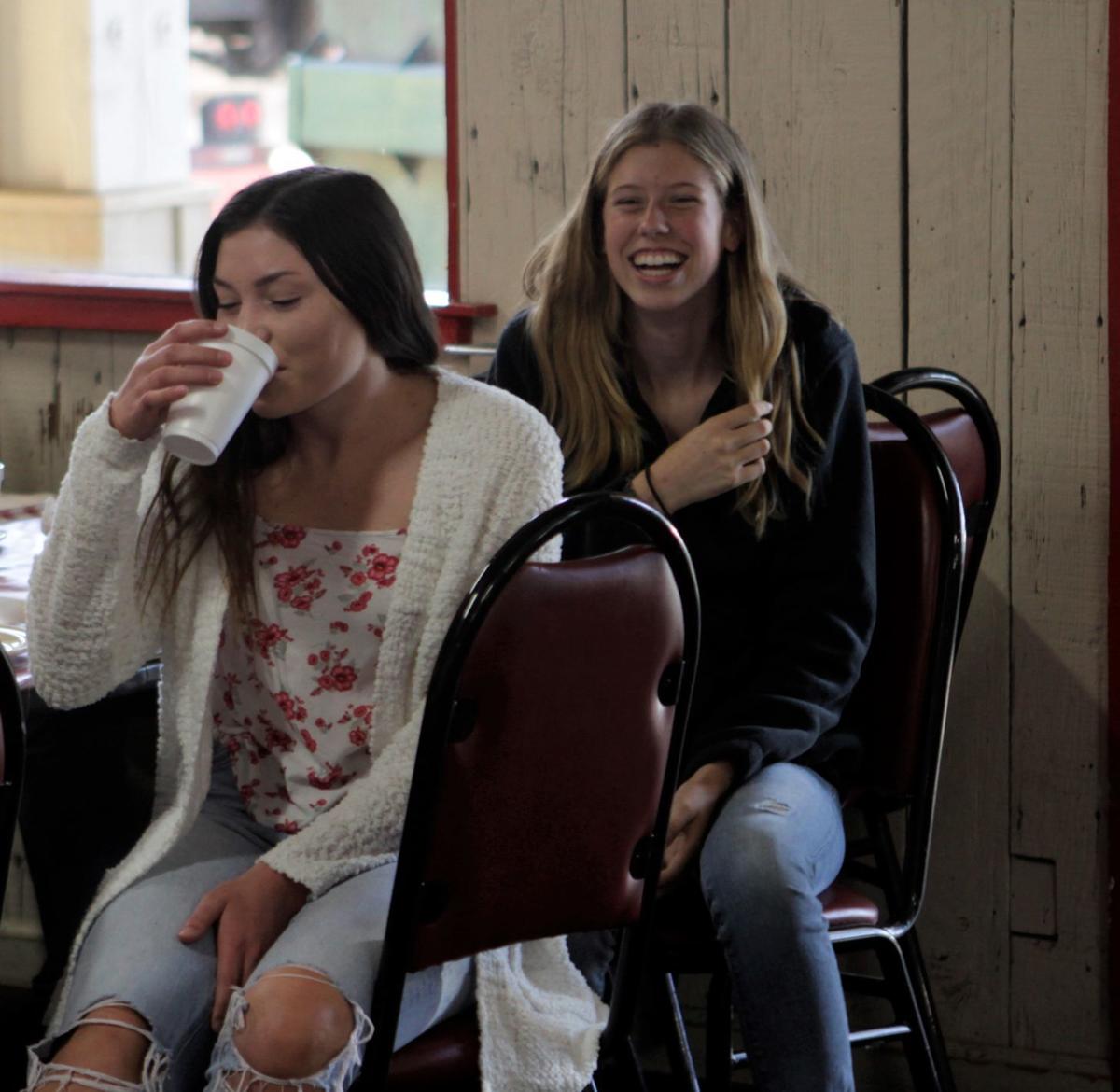 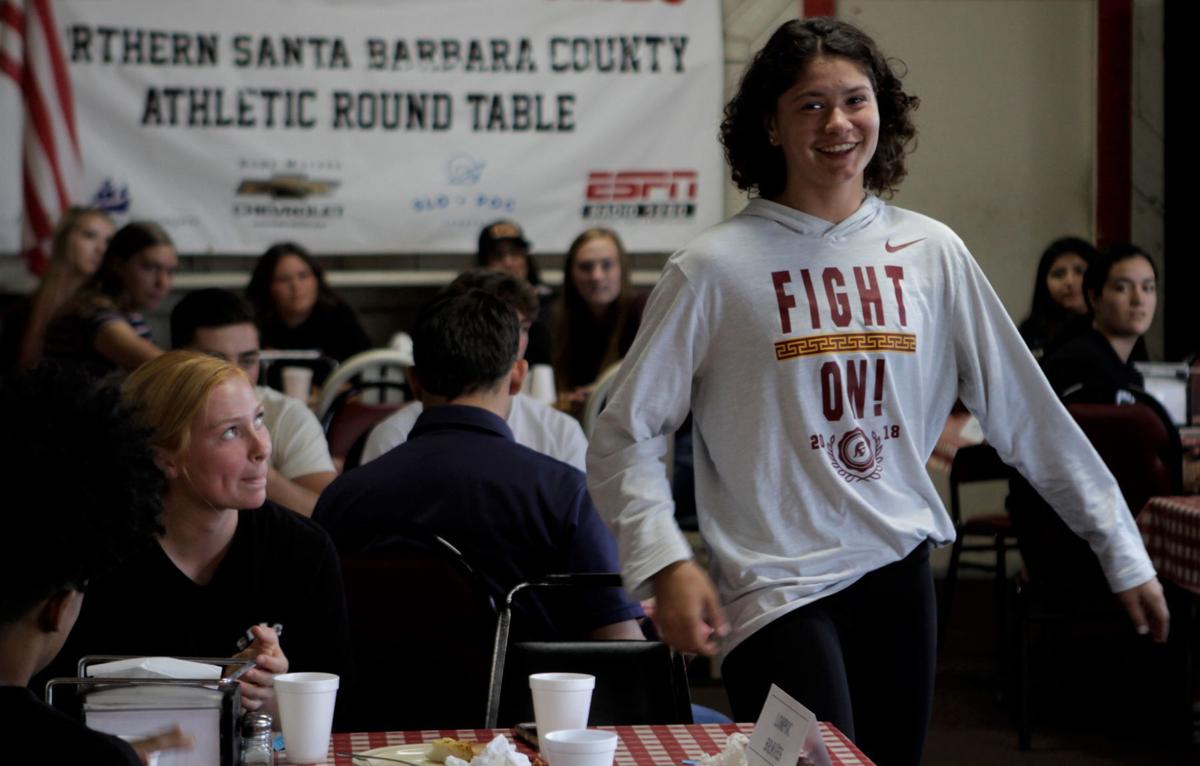 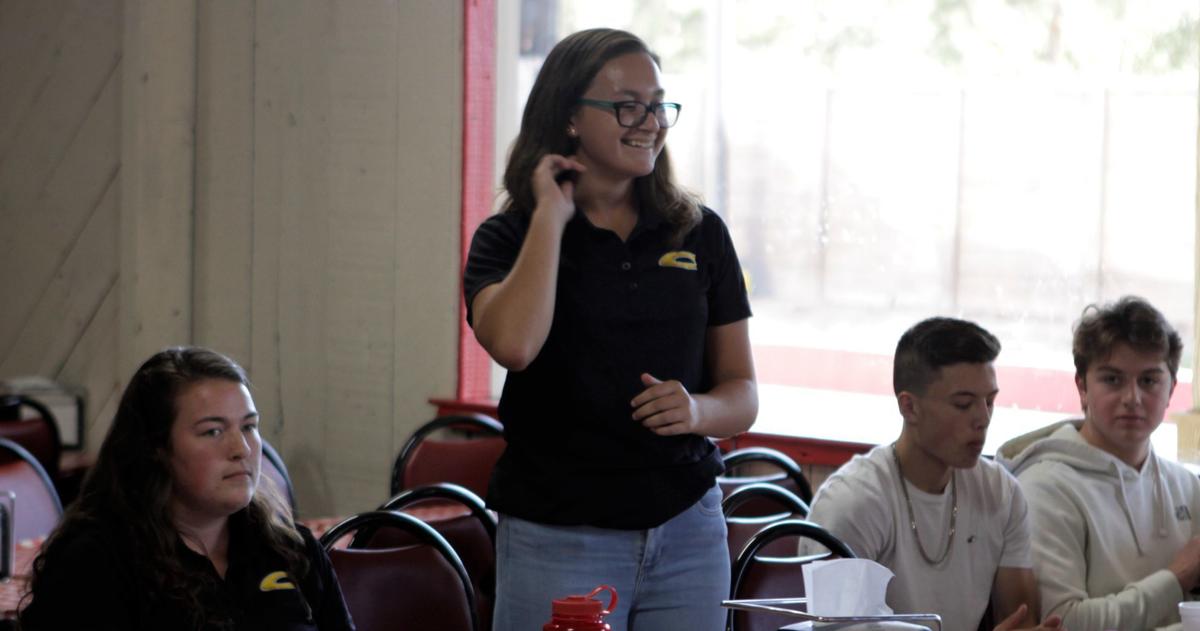 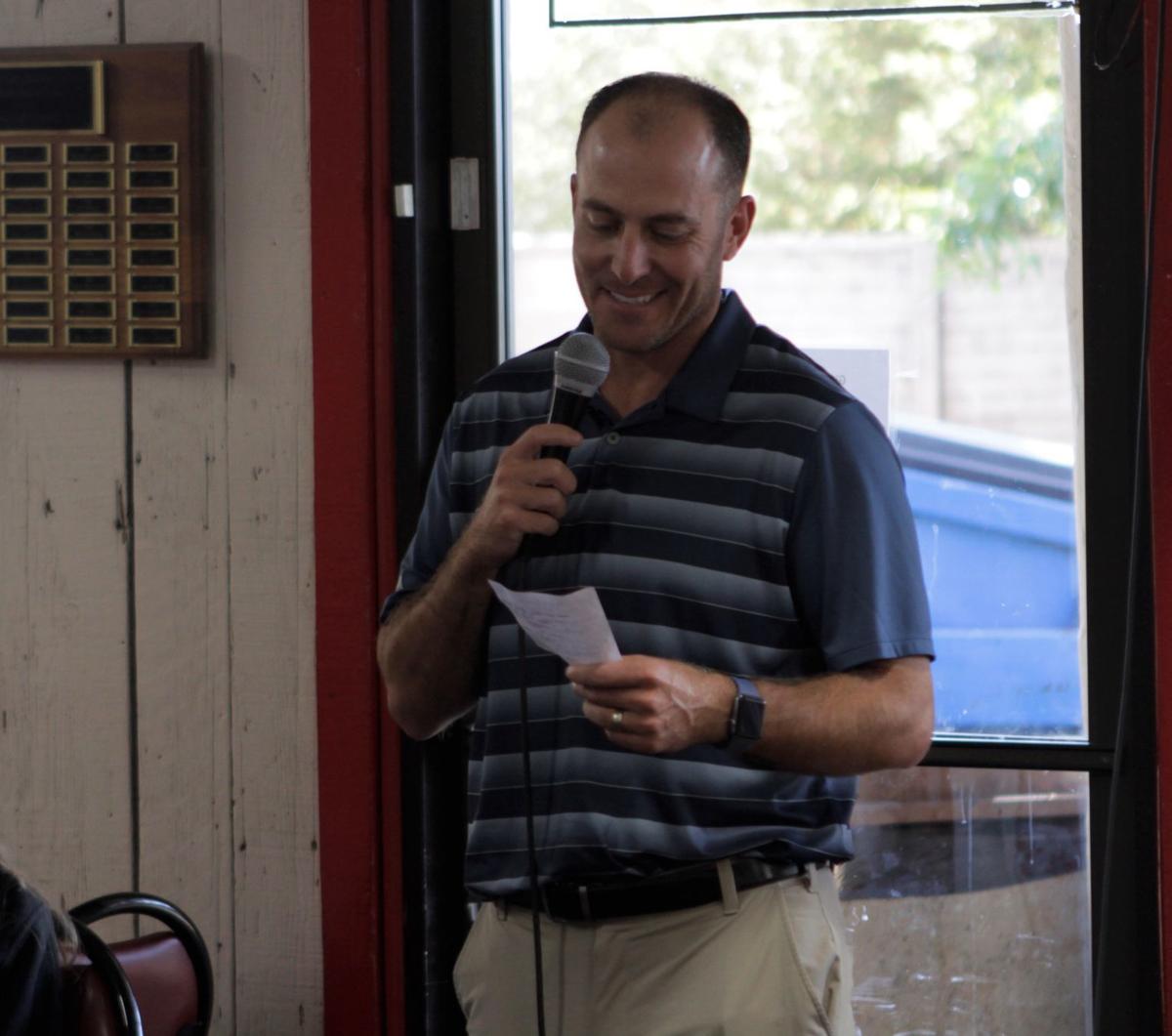 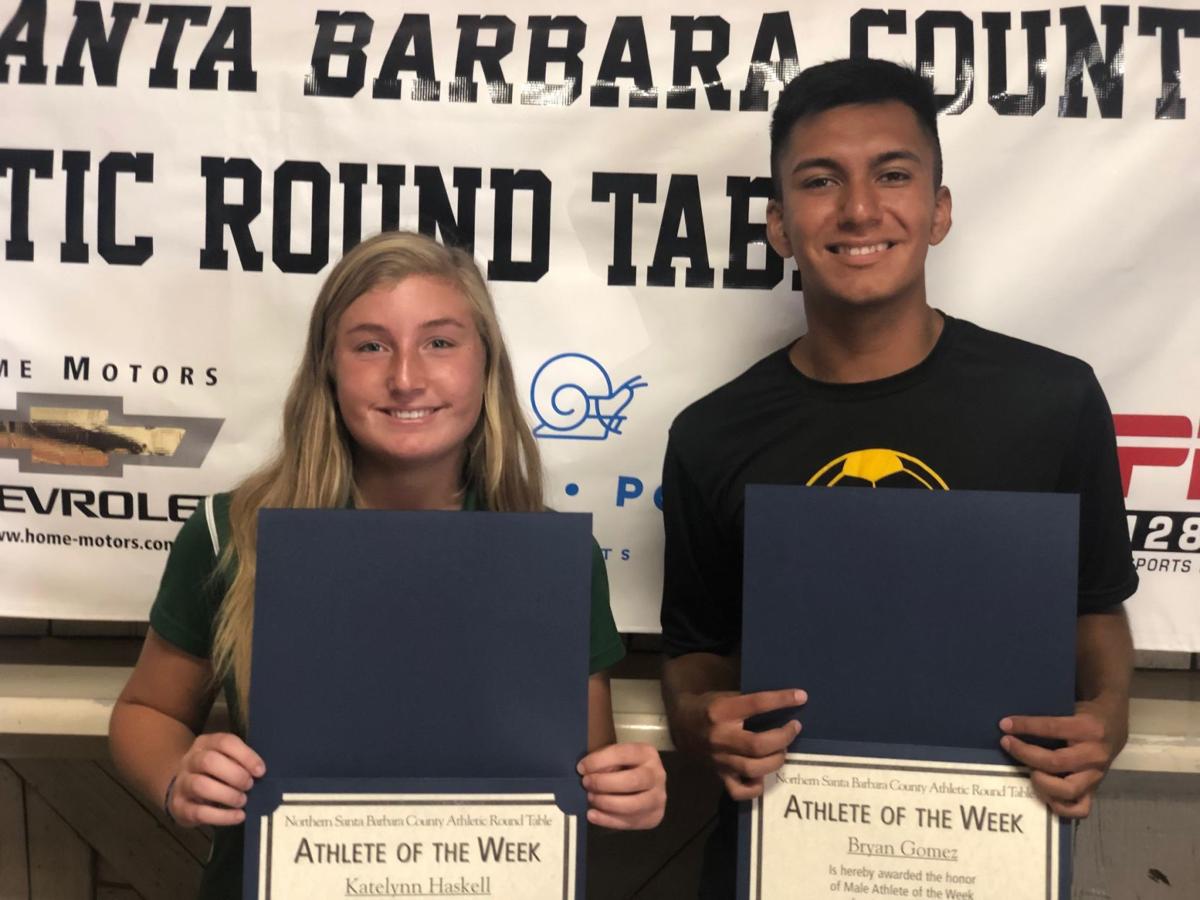 St. Joseph's Katelynn Haskell and Hancock's Bryan Gomez were named Athletes of the Week at Monday's Round Table.

Though they've logged countless hours on the tennis court or soccer pitch over the years, St. Joseph's Katelynn Haskell and Hancock's Bryan Gomez had never won the Round Table Athlete of the Week award.

Until Monday, that is.

Haskell, a senior on the St. Joseph High girls tennis team, and Gomez, a freshman at Hancock who graduated from Santa Maria High in 2018, were honored as Athlete of the Week honors at the Northern Santa Barbara County Athletic Round Table at Giavanni's Pizza in Orcutt.

Haskell earned key points in the Knights' 5-4 Mountain League win over San Luis Obispo last Thursday. In that match, Haskell came from behind in a singles set and won her doubles set with teammate Emily Wilson as the Knights handed the Tigers their first loss in league play.

"I was not expecting it," Haskell said of the Athlete of the Week award. "One of my teammates got it a couple weeks ago and I just got called to the attendance office and they asked I come here. They also let my mom know so my grandpa is here to support me. So that was cool.

"My mom doesn't get to actually watch my matches because she coaches the JV team, so she's always in the opposite place."

MJ Lundberg, a freshman and top singles player, won the Athlete of the Week last month for St. Joseph.

Some extra good news for their Knights: Their loss to Arroyo Grande in league was also overturned after the Eagles were forced to forfeit after committing an error on the lineup in the match. The Knights play Arroyo Grande, which has lost to San Luis Obispo in league, on Tuesday.

It's turning into a dream season for the Knights, who are competing in a league long dominated by Arroyo Grande and San Luis Obispo.

"It's taken a lot of work over the past few years and every single person has been working hard over the summer," Haskell said. "At Atascadero (last month) it was like 100 degrees and we didn't get back to St. Joe's till like 10 o'clock at night. My doubles match with Emily was the last one to finish last week and it was so dark that they wanted us to switch our court. We just played it out in the dark and we couldn't even see the ball."

"Knowing there are so many good athletes out here in Santa Barbara County, I stay pushing myself to always do my best and my teammates never giving up on me," Gomez said of winning his Male Athlete of the Week award. "I never thought I'd win this, but now that I have it I'm going to keep working for another one."

Gomez scored twice in last week's 2-0 win over College of the Canyons, a team that beat Hancock handily last year.

Gomez has primarily been a defender in his high school and college career, but has found a way to make an impact on offense for the Bulldogs. He leads the team in points.

"I've been playing defense for a long time so I know how to move around the field and find space," Gomez said. "You never stop running. I made a run and I got the ball and I had a chance and made the most of it."

Gomez also scored on a penalty kick last week for the Bulldogs.

Not in attendance at Monday's Round Table were St. Joseph and Righetti high schools.

We went far and wide to find the Player of the Week nominees for Week Six. There's a couple candidates from the Lompoc Valley, three from the Santa Maria Valley and two from SLO County. It is time to vote! Go online and give us your pick.

Though it'll be the Braves' Homecoming game, the Lompoc High football team will treat it just like any other.

St. Joseph's Katelynn Haskell and Hancock's Bryan Gomez were named Athletes of the Week at Monday's Round Table.