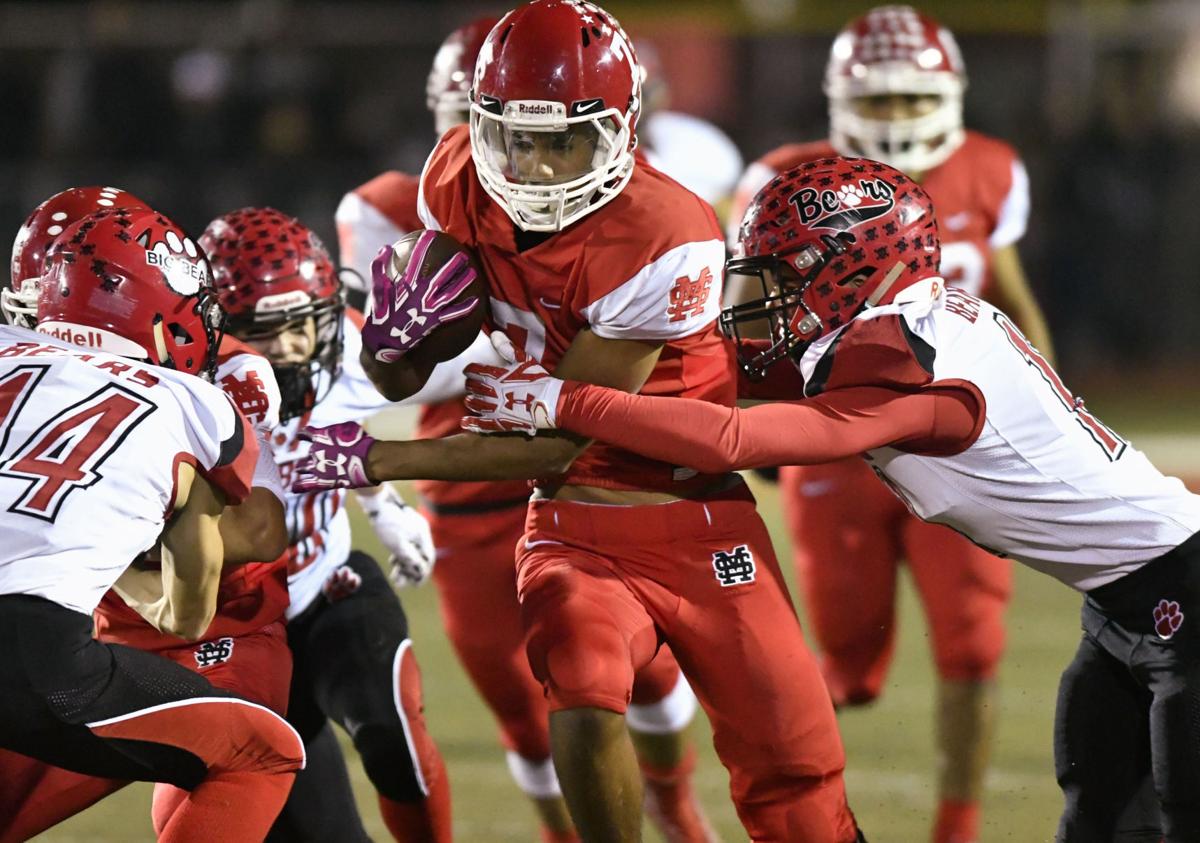 Santa Maria's Johnathan Ramos runs after catching a pass against Big Bear during the CIF-SS Division 12 championship game in 2017. 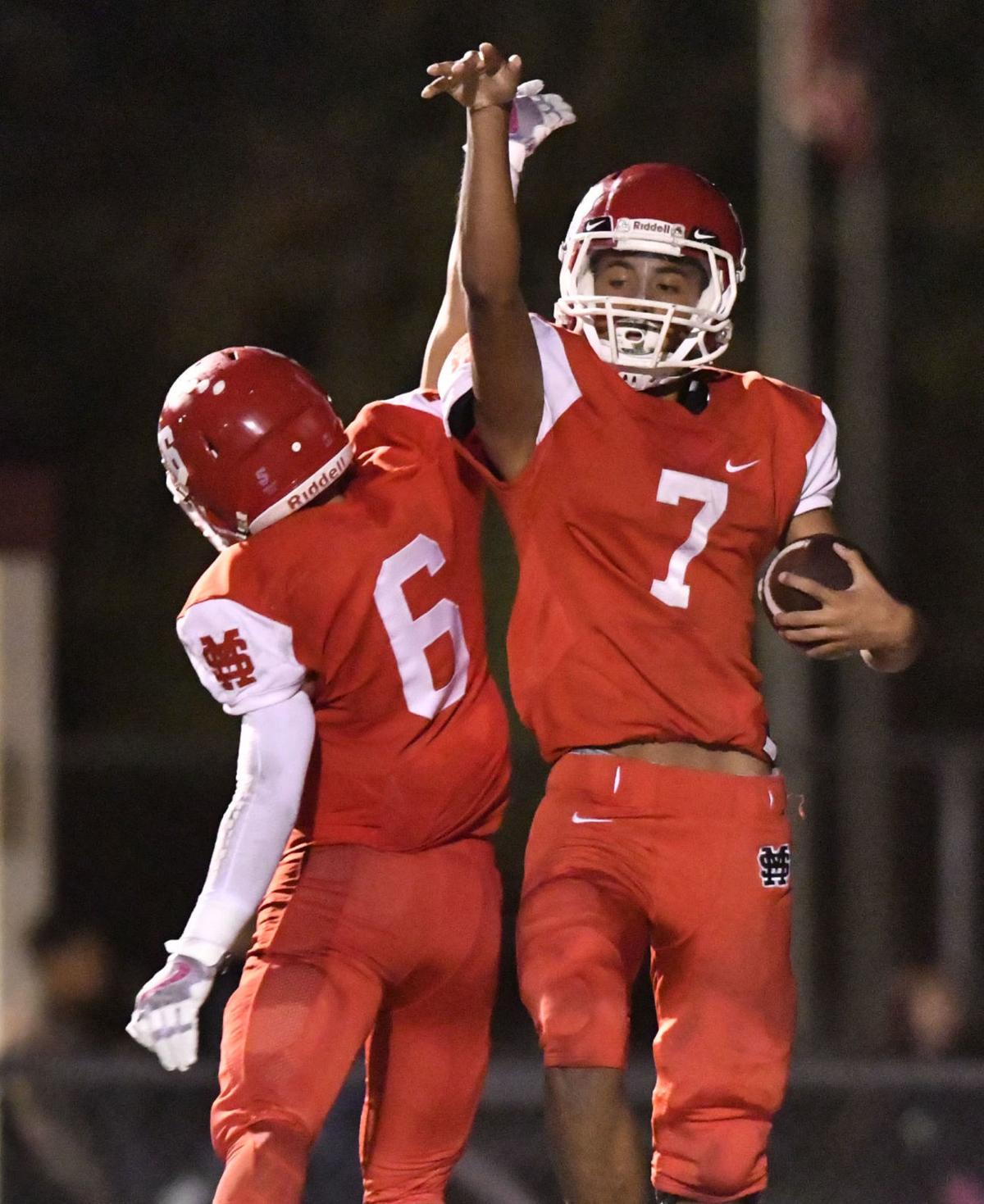 But Johnathan Ramos is an uncommon athlete.

The 2018 Santa Maria High grad was a 6-foot-3 receiver and defensive back who put together a remarkable season as a senior in 2017.

That Saint squad made a CIF Southern Section title game and Ramos was a big part of that historic campaign.

During Ramos' senior season, he caught 51 passes and averaged over 21 yards a reception, giving him 1,076 receiving yards. He also caught nine touchdown passes in 14 games.

Ramos ended his career with 58 catches for 1,239 yards and 11 touchdowns. He was used at quarterback a little bit his sophomore year, completing 3 of 4 passes for six yards.

During the senior season, he also ran 15 times for 141 yards and a touchdown.

But, like most elite high school players, Ramos wasn't just an offensive threat. He was one of the Saints' top defenders as well.

During his senior year, Ramos made 82 total tackles and had a remarkable 13 tackles-for-loss as a safety, helping the Saints to a 9-5 record and a Northern League championship before falling to Big Bear in the CIF-SS Division 12 title game.

Ramos also intercepted four passes that year and finished his prep career with 115 total tackles (75 solo), 19 TFLs and three sacks. Ramos was a top special teams contributor as well, blocking five kicks during his days with the Saints.

The former Saint finished his career with 14 total touchdowns -- 11 receiving, one rushing, one on an interceptions return and one on a fumble return.

Ramos' career at Santa Maria is being highlighted as part of "The Other Guys" series, which aims to feature standout football players who may have been overlooked during their careers. Submissions for athletes to be featured as part of the series can be sent to the author.

The Other Guys: A look back on Zach Burg's versatile career at Righetti

Zach Burg was a pretty darn good football player during his days at Righetti High.

Cabrillo's Britney McCune and the injury that altered a season

What could have been.

Matt Willkomm made the most of his two seasons on the Arroyo Grande High varsity basketball team.

Santa Maria's Johnathan Ramos runs after catching a pass against Big Bear during the CIF-SS Division 12 championship game in 2017.