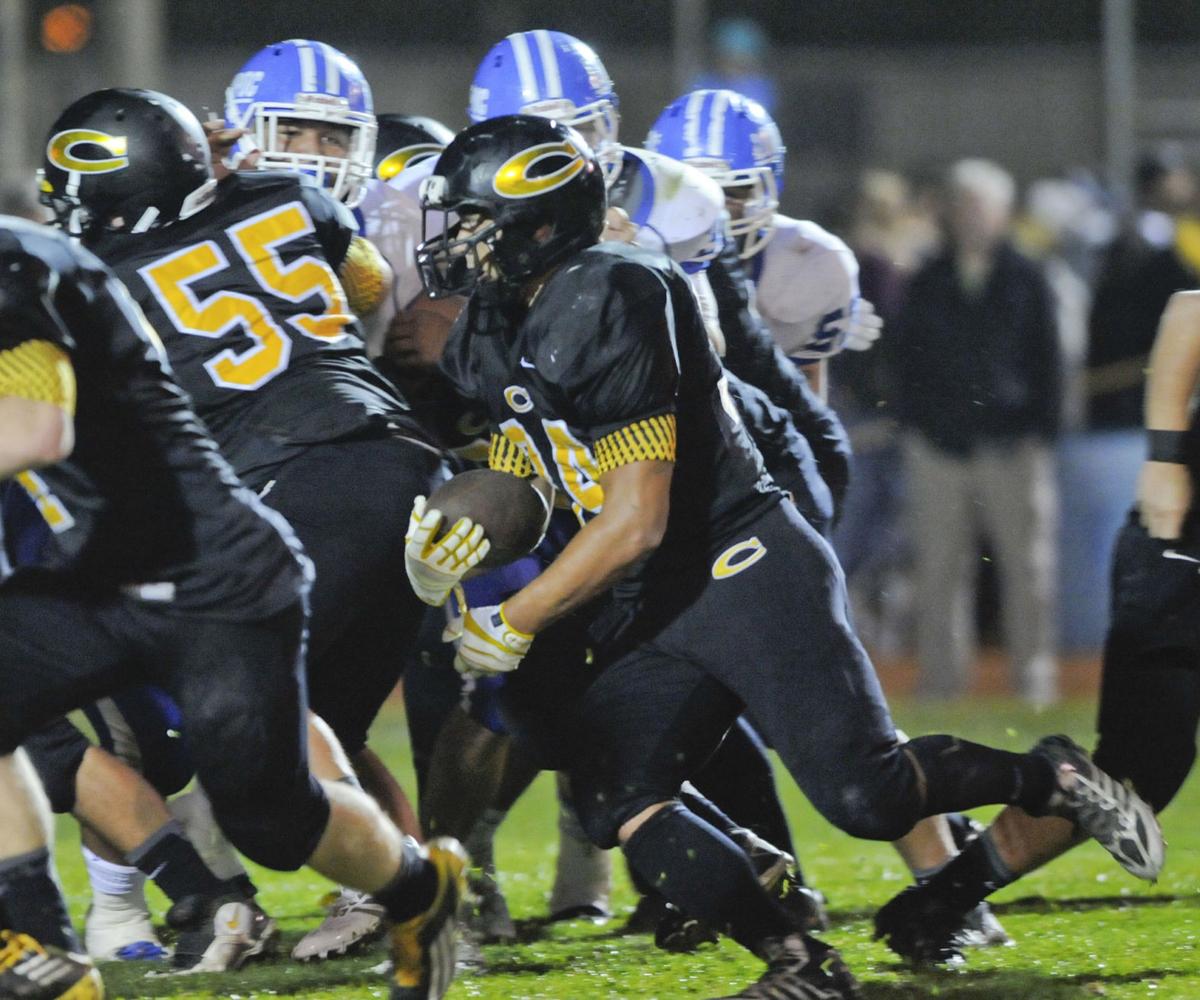 Cabrillo's Bryce Moses scores a touchdown for Cabrillo during the Big Game at Huyck Stadium in 2013. 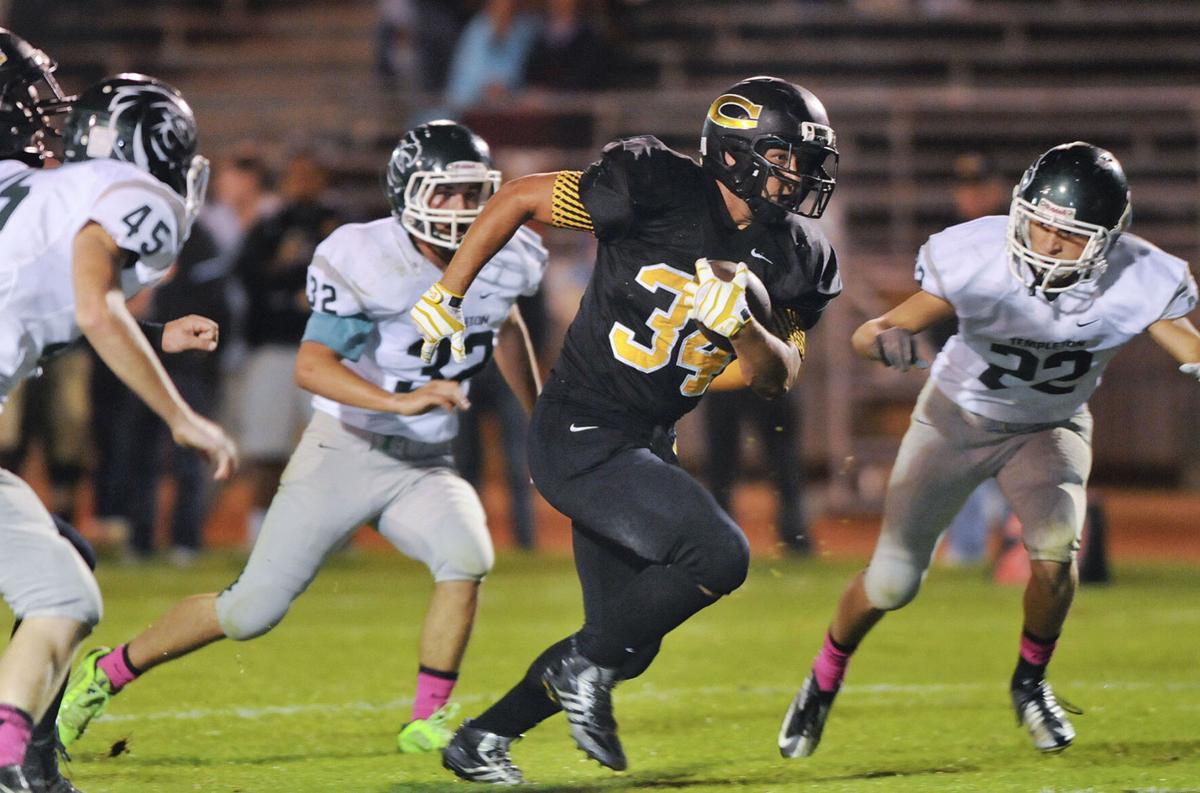 Bryce Moses of Cabrillo gets loose on a long run during a game against Templeton in 2013. Moses had his best career game against the Eagles, carrying the ball 16 times for 233 yards and three touchdowns. 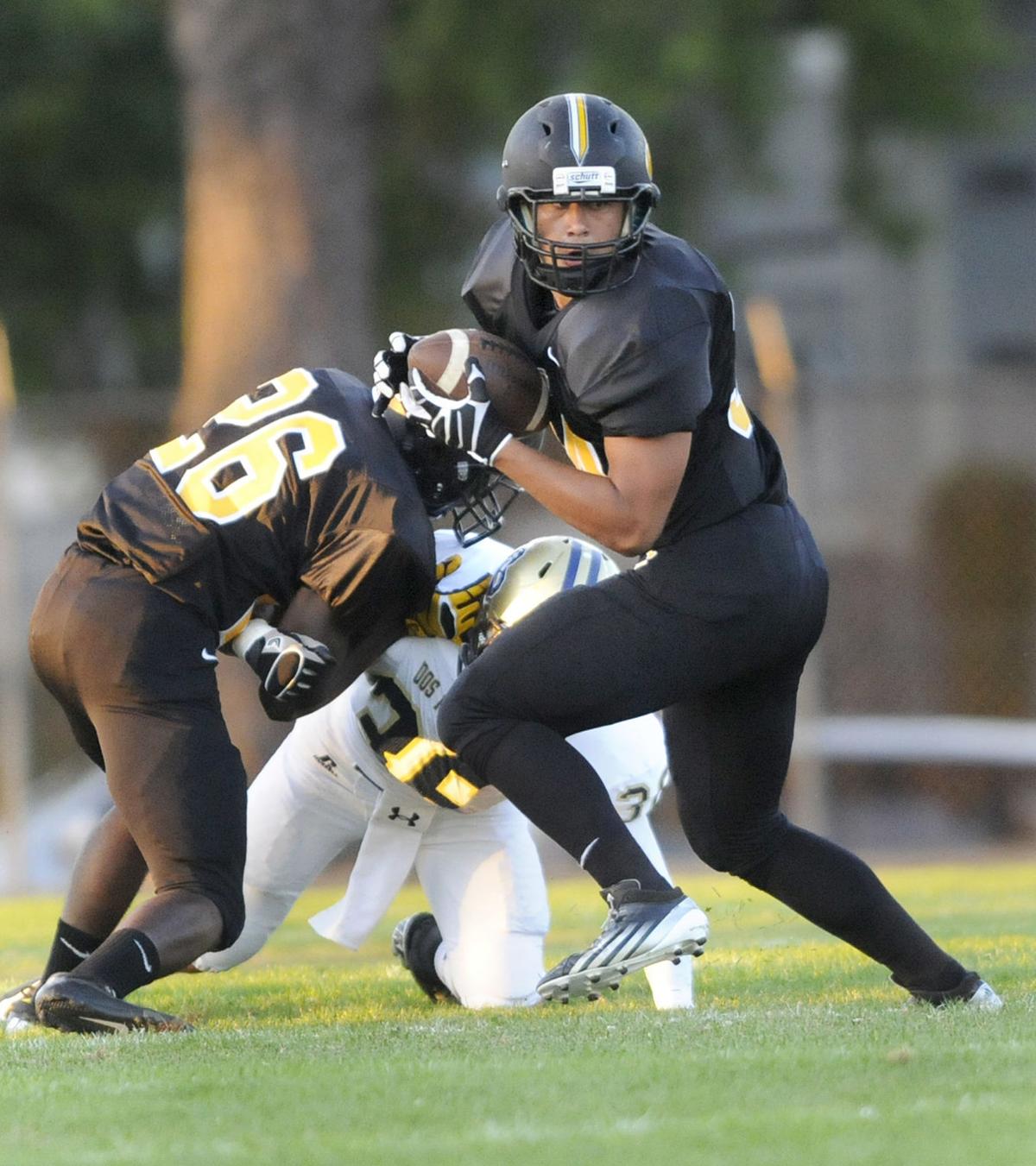 Cabrillo's Bryce Moses catches a pass against Dos Pueblos in 2012.

It took just four games for Bryce Moses to top 500 yards rushing during his senior year in 2013.

Too bad for the Cabrillo football team that those first four games came toward the tail-end of the season.

That was Cabrillo's eighth game of the year but just the third for Moses, who missed the first five games of the season with injuries. Cabrillo went 1-4 in the games he missed, though the Conqs also went 1-4 in games Moses played.

But the Conqs surely would've had more success that year with Moses at full health throughout. Moses was named the team MVP in 2012 as a junior linebacker and running back.

“He’s an awesome football player who works hard and leads by example,” former Cabrillo coach Craig Knowles said of Moses ahead of the Big Game in 2013. “He’s a quiet leader who leads with his play on the field.

"His football IQ is extremely high,” Knowles told former Record reporter, the late Brad Memberto that year. “He is probably one of the smartest football kids on the team.”

What could have been if Moses was able to stave off injuries that senior season?

Those interested may contact SYVUHS Athletic Director Ashley Coelho at acoelho@syvuhsd.org for more information or a coach application.

“It was frustrating because I kept getting hurt while I was trying to get better, because I couldn’t be out there and help my team,” Moses told Memberto that year.

Moses showed those flashes of his potential throughout his Cabrillo career. During his junior season, he topped 300 yards rushing and scored four touchdowns in a 55-20 win over Santa Maria.

Moses is a perfect fit for the 'Other Guys' team. He didn't get much consideration for league or All-Area MVP awards, but he was the glue for Cabrillo and a standout running back that greatly increased his team's chances of winning any given game.

Moses' career at Cabrillo is being highlighted as part of our "The Other Guys" series, which aims to feature standout football players who may have been overlooked during their careers. Submissions for athletes to be feature as part of the series can be sent to the author.

Terri Cecchine has a passion for growing girls wrestling programs

Cabrillo's Bryce Moses scores a touchdown for Cabrillo during the Big Game at Huyck Stadium in 2013.

Bryce Moses of Cabrillo gets loose on a long run during a game against Templeton in 2013. Moses had his best career game against the Eagles, carrying the ball 16 times for 233 yards and three touchdowns.

Cabrillo's Bryce Moses catches a pass against Dos Pueblos in 2012.