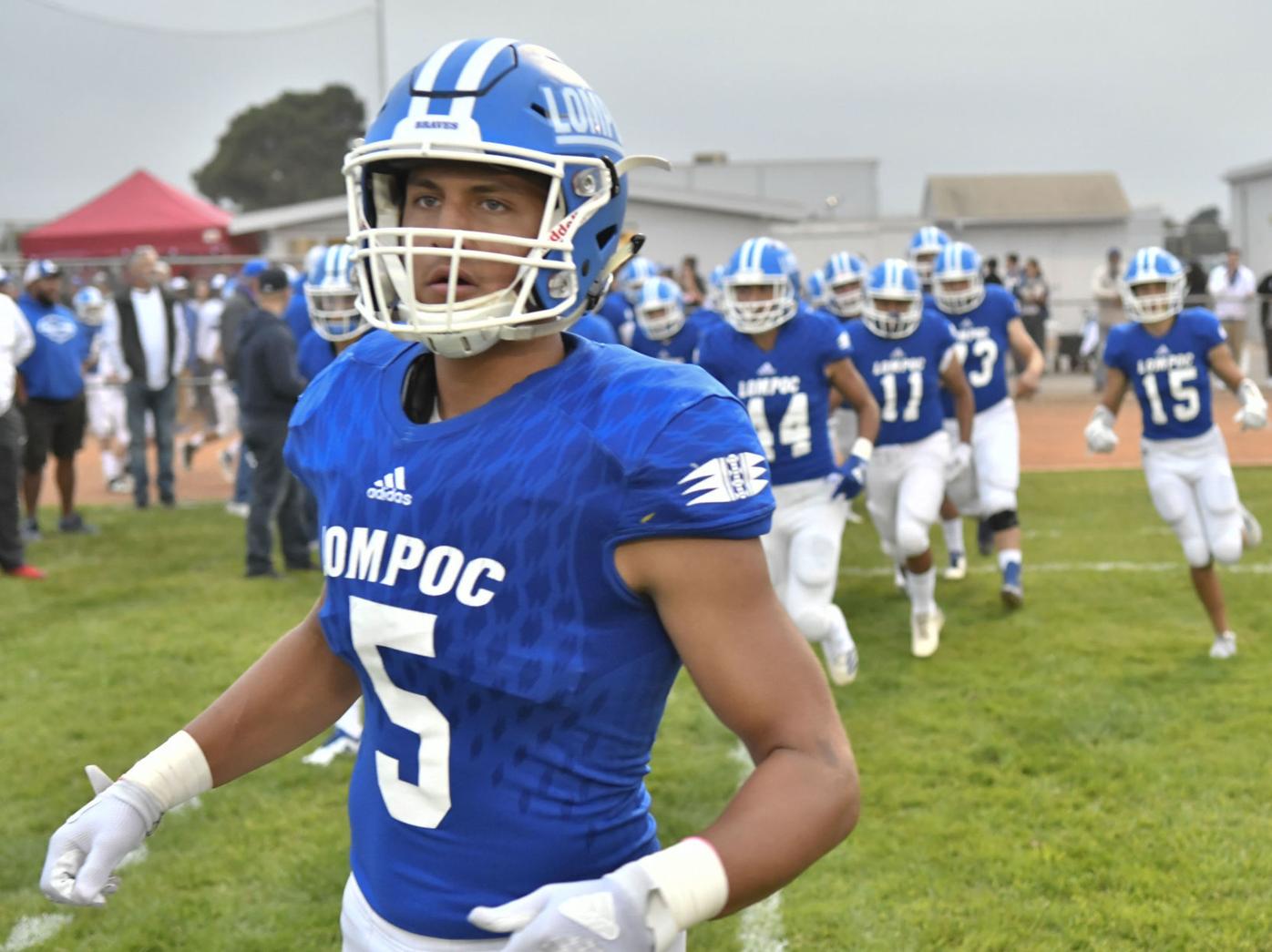 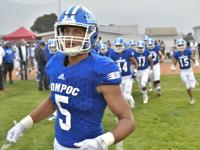 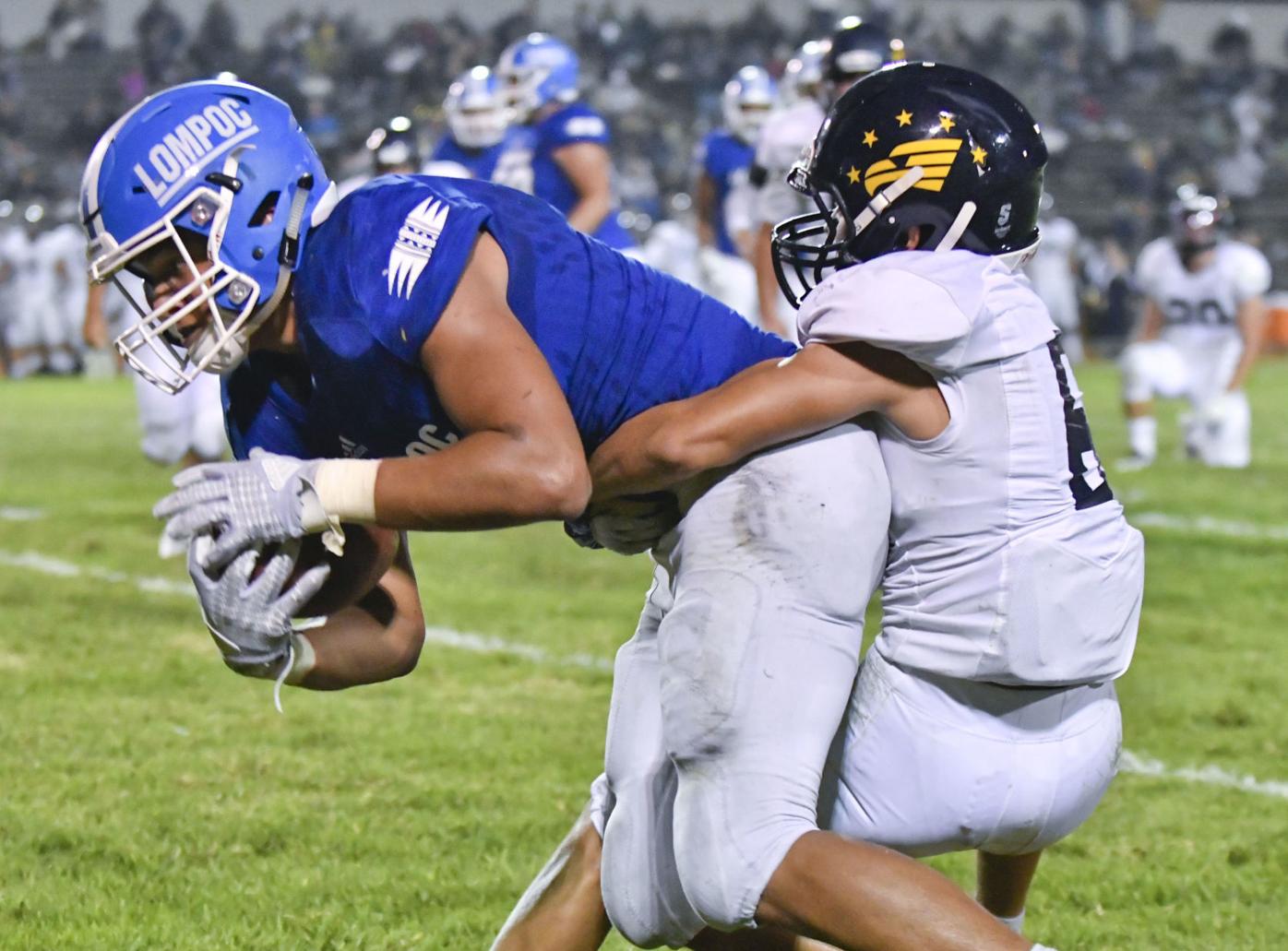 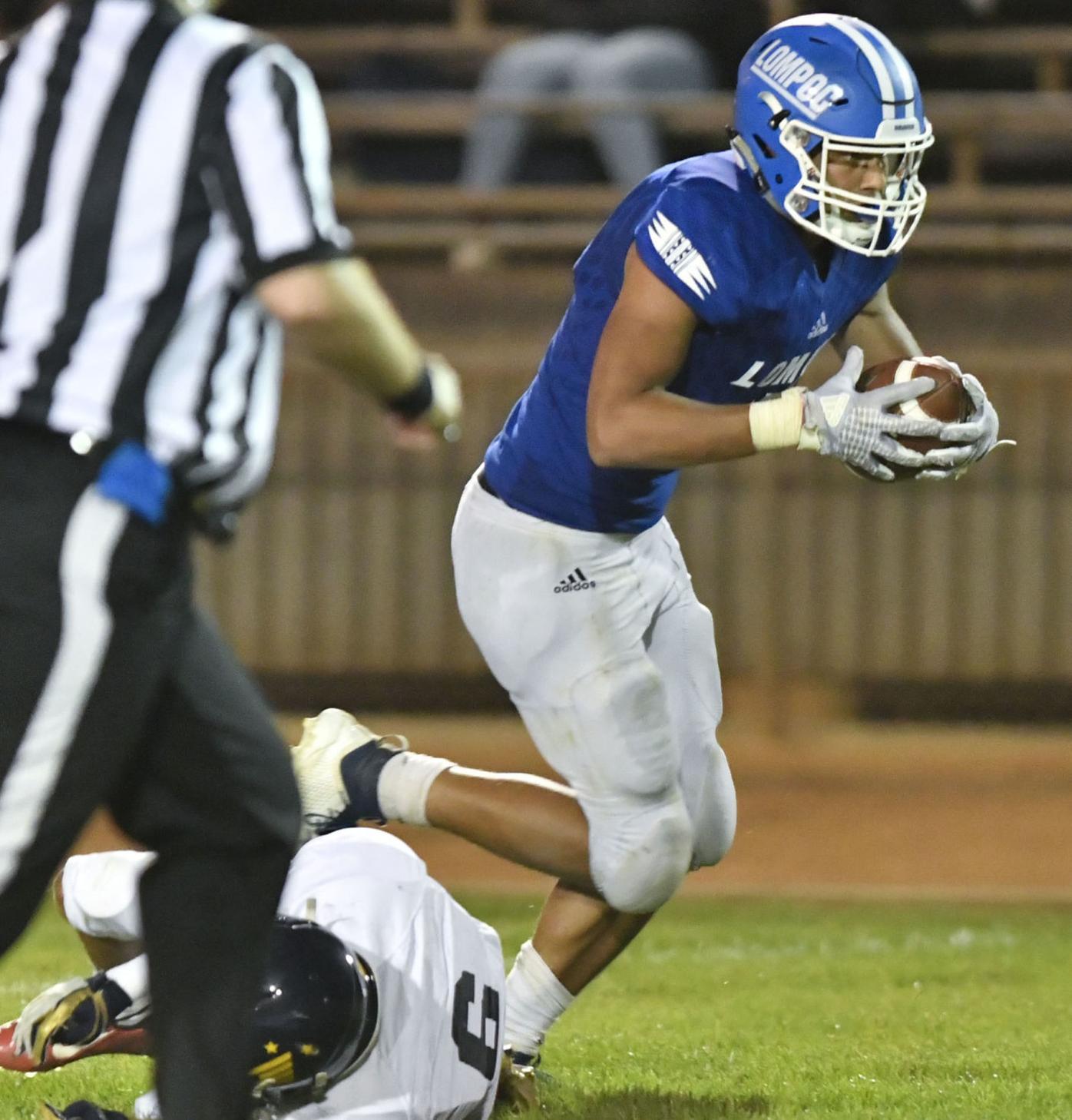 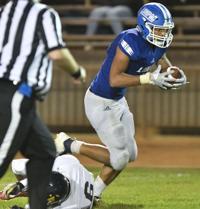 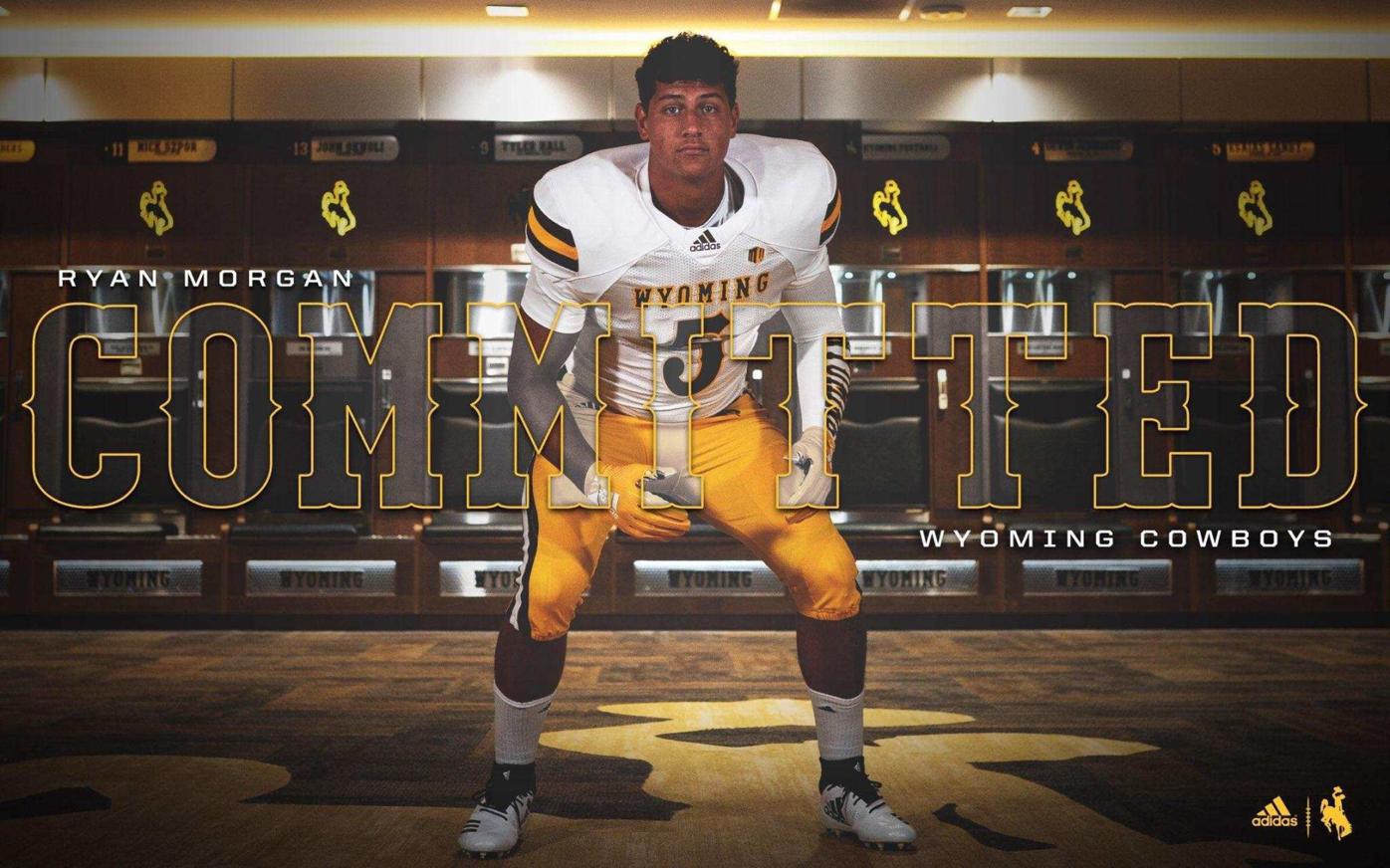 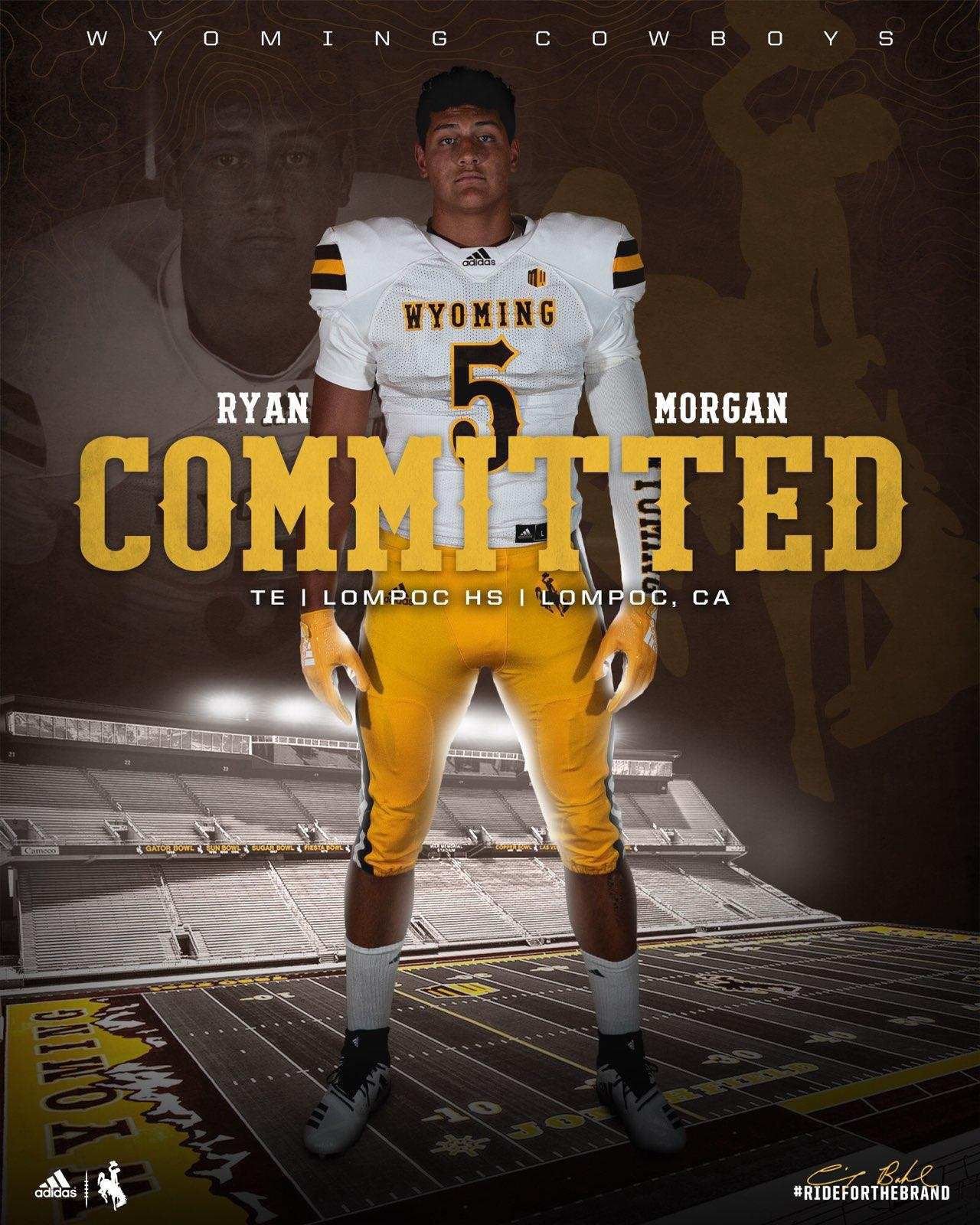 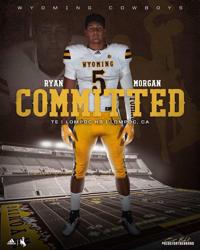 Ryan Morgan will go from Lompoc to Laramie soon.

The Lompoc High four-sport standout – who has caught passes, dunked the basketball, hit the baseball deep and put the track and field spikes on his feet since his arrival at LHS – verbally committed to the University of Wyoming Tuesday afternoon.

The class of 2020 prospect Morgan had been hinting at a future on the gridiron since the spring, citing his current 6-foot-4, 220-pound frame as the chief reason. Now, the Cowboys are giving him that opportunity to zero in on one sport – and become a future go-to target on offense.

Morgan took his unofficial visit to Laramie during the weekend of July 27 and said he immediately became enamored with the vibe in the community.

“I met the people, the coaches, the players, the community…and they’re all great people,” Morgan said by phone. “The day I got back from my trip – I just knew it was the place for me.”

Morgan likened Laramie to Lompoc, catching plenty of similarities between both neighborhoods.

“That’s one of the things (I liked): There’s one movie theater, one Wal-Mart just like Lompoc. It makes me feel more at home,” Morgan said.

And the latter was who helped convince Morgan that his future was with Wyoming.

“We went into his office and he was a genuine person,” Morgan said. “He made me feel like that I wasn’t just going to be a number on the field, that I was going to be part of a family.”

Morgan isn’t the only Central Coast region prospect to declare his future to Wyoming.

St. Bonaventure quarterback Gavin Beerup announced his decision to verbally commit to the MWC program on Friday. Both Beerup and Morgan were touring the Wyoming campus together during the same weekend. Beerup says he’s energized to know he has a future tall target to feed the ball to.

“That’s a big pickup that we just got right there,” Beerup said. “We happened to both be down there on the visit at the same time and it was really great to catch up and talk about the future. The fact that he is a four-year varsity player shows the skill and athleticism he holds. He’s a big body that will excel very well at the next level.”

Beerup also likes the fact he and Morgan share the same area code.

“It’s crazy how we both are from schools that are not too far away from each other and to be able to play at the same school next year is crazy,” Beerup said. “I’m very ecstatic for the opportunity to build a connection with him next year on and off the football field.”

Beerup and Morgan were the first two 2020 commitments for the Cowboys’ current recruiting cycle.

Morgan becomes the second NCAA Division I verbal commitment on the 2019-20 Braves roster. Offensive tackle and cousin Jacob Nunez verbally committed to Arizona State on the Fourth of July.

And Morgan loves the fact he and Nunez’s college football aspirations are coming true.

“It’s really exciting especially since we’re cousins and we dreamed of this,” Morgan said. “It’s crazy to think our dreams are coming true.”

I would like to thank my parents and coaches for always believing in me. Thank you all so much for your support and thank you Coach Bohl for the opportunity to play at the division 1 level @Pink12Claudia @CoachCBohl @Coach_SBMoore pic.twitter.com/qdaVDikSxN