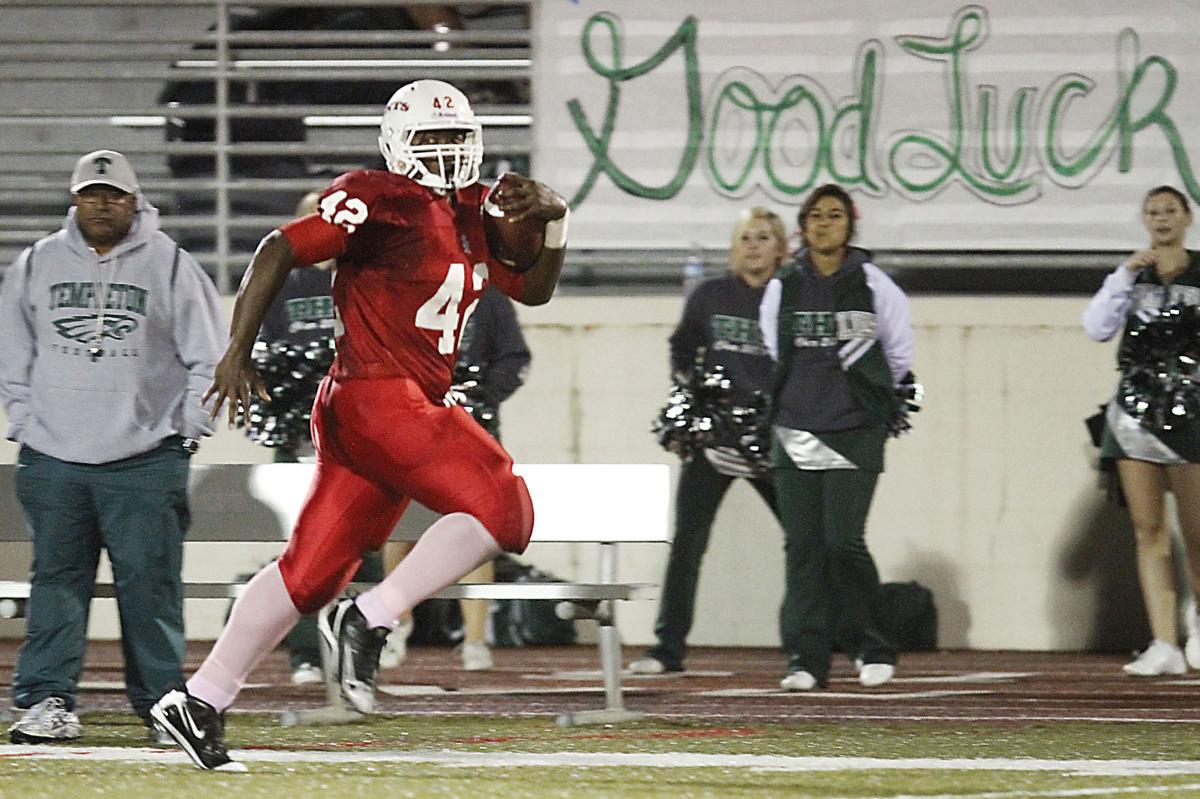 Santa Maria Mershad Dillon breaks off a long run for a touchdown against Templeton during a game in October of 2010. 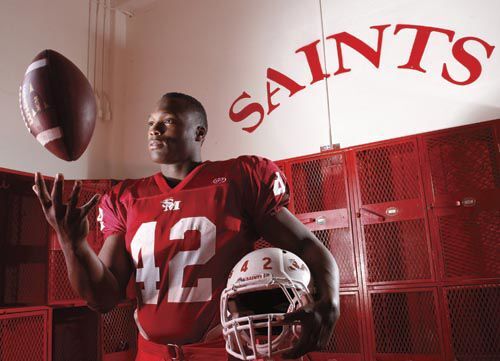 Mershad Dillon was part of multiple league championships at Santa Maria High as a member of the school's 4x100-meter relay team.

That's a cool accomplishment, right? Sure. But what if I told you Dillon was also one of his school's best football players. Not too surprising either, right? But Dillon wasn't a running back or a receiver. Or a defensive back or any other position known for speedy athletes.

No, rather, Dillon was his team's starting defensive tackle. And he played at over 250 pounds. Yet, he possessed the athleticism to be one of the quickest and fastest players on the field, even though he was usually the biggest and strongest player on the field, too. (His personal best in the 100-meter dash was 11.2 in high school).

But don't doubt his defensive prowess either. Dillon was a stud on the defensive line. In high school, he was disruptive and quick enough to play like a defensive end and strong enough to dominate in the middle. He often drew double or triple teams and they often did not work.

Let's take a look at the game vs. Pioneer Valley during Dillon's senior season: He had seven sacks that night alone. During his final two years on the Saints' varsity team, Dillon recorded 53 tackles, 23 of which went for a loss. He also had four forced fumbles, one interception and 17 sacks.

Dillon's size and versatility drew the attention of college programs. He was recruited by various Mountain West schools, but initially signed with Fresno State in 2011. He was with the Bulldogs for a period of time, but eventually left the program and played at Hancock College for two seasons. Dillon was effective in two years with Hancock, piling up six sacks and 31 tackles to earn First Team All-Conference honors.

Dillon played his final two years of eligibility with Texas State and was a productive member of the team there.

“I chose Texas State because they were the most loyal, they were good to me and they gave me a second chance at going Division I,” Dillon said in 2014. “Coach Kris Dutra has stayed on me the last few years and got me on the right track. He’s truly a role model to me and helped me earn this chance to play at the next level.”

Dillon's career at Santa Maria High is being highlighted as part of our "The Other Guys" series, which aims to feature standout football players whose careers may have been forgotten. Submissions for athletes to be feature as part of the series can be sent to the author.

Santa Maria Mershad Dillon breaks off a long run for a touchdown against Templeton during a game in October of 2010.