2019 High School Football Preview: Righetti is all the way back
Share this 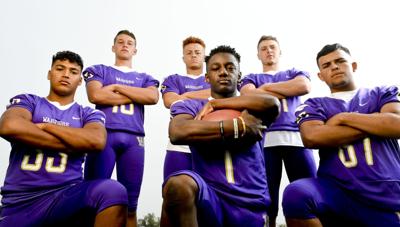 How does second-year coach Tony Payne feel about his program after winning 10 games and playing for a Central Section title in 2018?

"Righetti's back," Payne says. "Absolutely. Our turnout this summer was wonderful, our community is behind us and we've got the dudes. So, yeah, we have high expectations coming off of last season and we have some unfinished business."

Also with some unfinished business is QB Logan Mortensen. The lefty won the starting job early last year before suffering a broken collarbone in his throwing arm in the game against Arroyo Grande.

2019 High School Football Preview: Santa Maria planning to get back to the playoffs

Mortensen is back to 100 percent and ready to lead the Warriors' passing attack.

How does second-year coach Tony Payne feel about his program after winning 10 games and playing for a Central Section title in 2018? "Righetti…

"I'm really motivated. After missing games last season it really taught me to work and prepare and not take anything for granted," Mortensen said. "I'm just really excited to get back out there."

Mortensen went 46-for-60 on pass attempts and threw six TDs against just one INT. Pretty good numbers for a kid who wasn't always his team's quarterback in his youth football days.

"I was a running back and would throw a little bit. I didn't really start playing quarterback until high school," Mortensen said. "Coach (Hector) Griego was my QB coach until varsity and coach (Nathan) Castillo has pushed me to another level in developing my skills."

Mortensen likes the weapons he has to work with this year. His top two receivers return in seniors Jake Steels and Chase Reynoso. Reynoso led the Warriors with 27 catches for 442 yards and four TDs. Steels only caught seven passes, but those went for 315 yards.

"They're really key to our success in our passing game. They're two studs and I'm looking forward to playing with them," Mortensen said of Steels and Reynoso.

How does Steels sum up the offensive weapons the Warriors have?

"Oh... it's gonna be dangerous," he said. "We have the strong running game and we've implemented a lot of passing game this summer. Me and Chase on both sides. It's going to be hard to cover."

2019 Football Preview: Jake Steels bringing dynamic athleticism to both side of the ball

Jake Steels is one of the most dynamic athletes on the Central Coast. He will be a threat to score and make big plays on both sides of the bal…

As Mortensen has high praise for his receiving threats and running backs, Steels feels the same way about his QB.

"Logan is awesome. He makes all the good throws, really strong-armed, confident, is a leader," Steels said. "Brandon (Giddings) was awesome, too, but Logan brings our game to a new level."

The QB admitted that one opponent he's looking forward to is the St. Joseph game, the regular season finale set for Nov. 1. Mortensen missed that one last year with his broken collarbone.

"Obviously, take it one game at a time, but missing the St. Joe's game last year... that one hurt," Mortensen said. "I want to play in that game, I'm anxious for that one."

Coach Payne raves about the play and leadership of junior Kidasi Nepa, who will take the pressure off the passing game at running back. Nepa was second on the team last year with 787 yards on 85 carries with eight TDs. He will be working to replace the void left by Adan Solis, who rushed for 1,784 yards and 19 scores last season.

"We run that Pistol Wing-T and we have three guys who fit that bill," Payne said. "It starts with Kidasi. He's a dual-threat back, the unquestioned leader of our team. His energy is more than anyone can ask for. The way he runs the ball is phenomenal and he's going to score a lot of touchdowns."

Football, California's most popular sport, sees participation fall for fourth year in a row. How is the Central Coast affected?

Nepa will be one of the two wing-backs and Payne says Christian Roseborough will be the tailback, the primary ball-carrier in the offense.

Logan Mortensen went down with an injury in 2018 an was forced to watch the Warriors as they made their way through a magical season. This yea…

"He's a beast and he runs hard, he runs physical and I'm looking for big things from him," Payne said of Roseborough, adding that he hopes Joe Cardenas is fully healed from a major ankle injury to take over the third running back role.

"As far as ball skills and aggressiveness level, we can't wait for Joe to be back," Payne said. "He's ready to go and we'll have our three-headed monster back in action."

Cardenas will also play quite a bit at linebacker. Jordan Fields is Righetti's top player on that unit. Fields was second on the team last year with 101 total tackles.

Payne says Ethan Davenport is a newcomer that is really opening eyes in training camp.

"Every coach on my staff, every dude on my team would say Ethan Davenport," Payne said when asked to name an overlooked player. "He was unable to play football last year and he's back. He played defensive end, he doesn't say much but his motor is off the charts."

The Warriors will have to replace the play of Caleb Thomas, the two-time league MVP who is now at Tulane. Thomas had 14 sacks last year. The Righetti defense had 25 sacks overall and came up with 18 interceptions.

"On the O-Line, we did lose a bunch of All-League guys and that's where we start everything," said Payne, a former offensive lineman himself. "But we do have a bunch of guys coming back and the best thing we have going is competition, five deep. Every position is a fight every day and that's what I'm counting on. Every day our lineup is changing and getting better at the same time."

Logan Mortensen (QB) seized the starting QB job early on and was solid in seven games, throwing six TDs against just one INT while competing 77 percent of his passes. Then the lefty broke his collarbone (on his throwing arm) in the A.G. game. But he's back and even more motivated to lead the Warriors to the promised land.

This one should be another big one as the Warriors and Knights meet in their regular-season finales. How much will be on the line the first night of November? Probably a lot. The winner last year claimed the Mountain League title and that could happen again in 2019 as the Warriors look for some revenge after the 27-21 loss to the Knights a year ago.

More in Collection: 2019 High School Football - See all of our season previews, power rankings and player profiles right here! (6 of 17)

Pepe Villasenor has hit the ground running at St. Joseph.

Cress Pass: Which HS football teams could make a run at a state title in 2019?

If the pre-season Maxpreps.com football rankings hold, the odds of some of the top football teams in the area having decent playoffs runs are …

Righetti's normally reliable servers were off for a good part of the match Thursday night, but the Warriors nailed some serves when it counted most.

The 2019 Pioneer Valley football team has a new offense, a new defense, a new coach and is in a new league.

After 11 years of coaching 11-man football, Gabe Espinoza is getting initiated into the eight-man version of the sport. 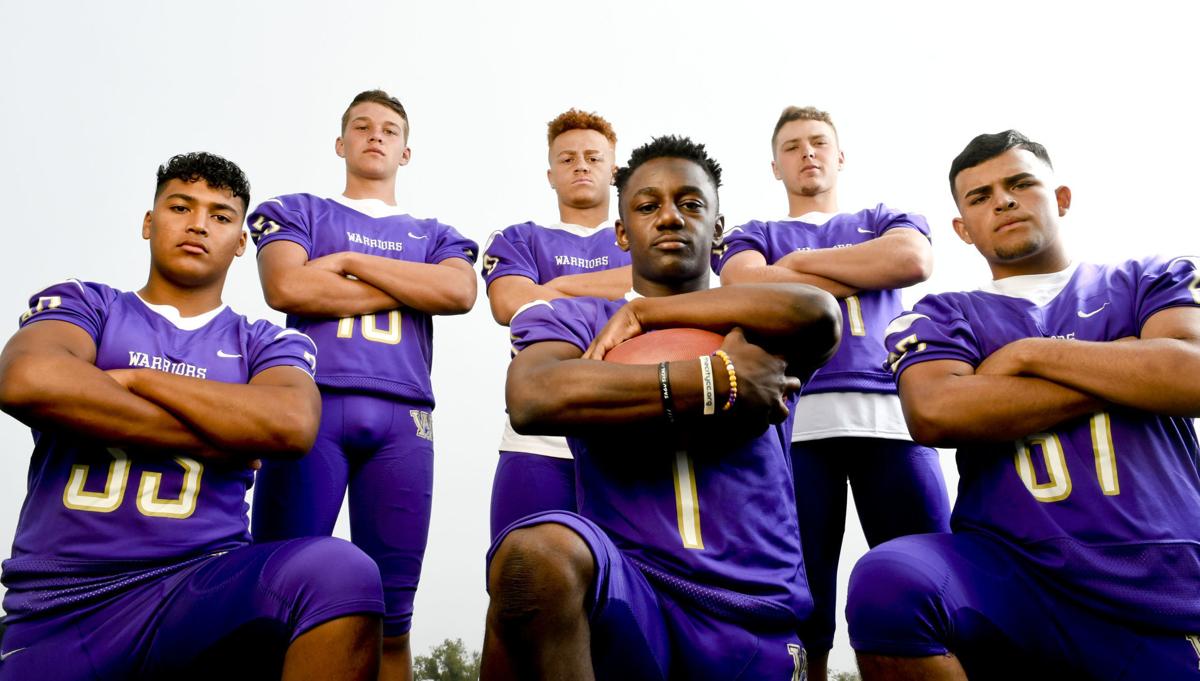 Righetti High School's, from left, Jordan Fields, Chase Reynoso, Jake Steels, Kidasi Nepa, Logan Mortensen and Henry Aguilar lead a Righetti team that went to the CIF Central Section Division 2 title game a year ago. Can the Warriors make it back there and possibly win a championship in 2019? 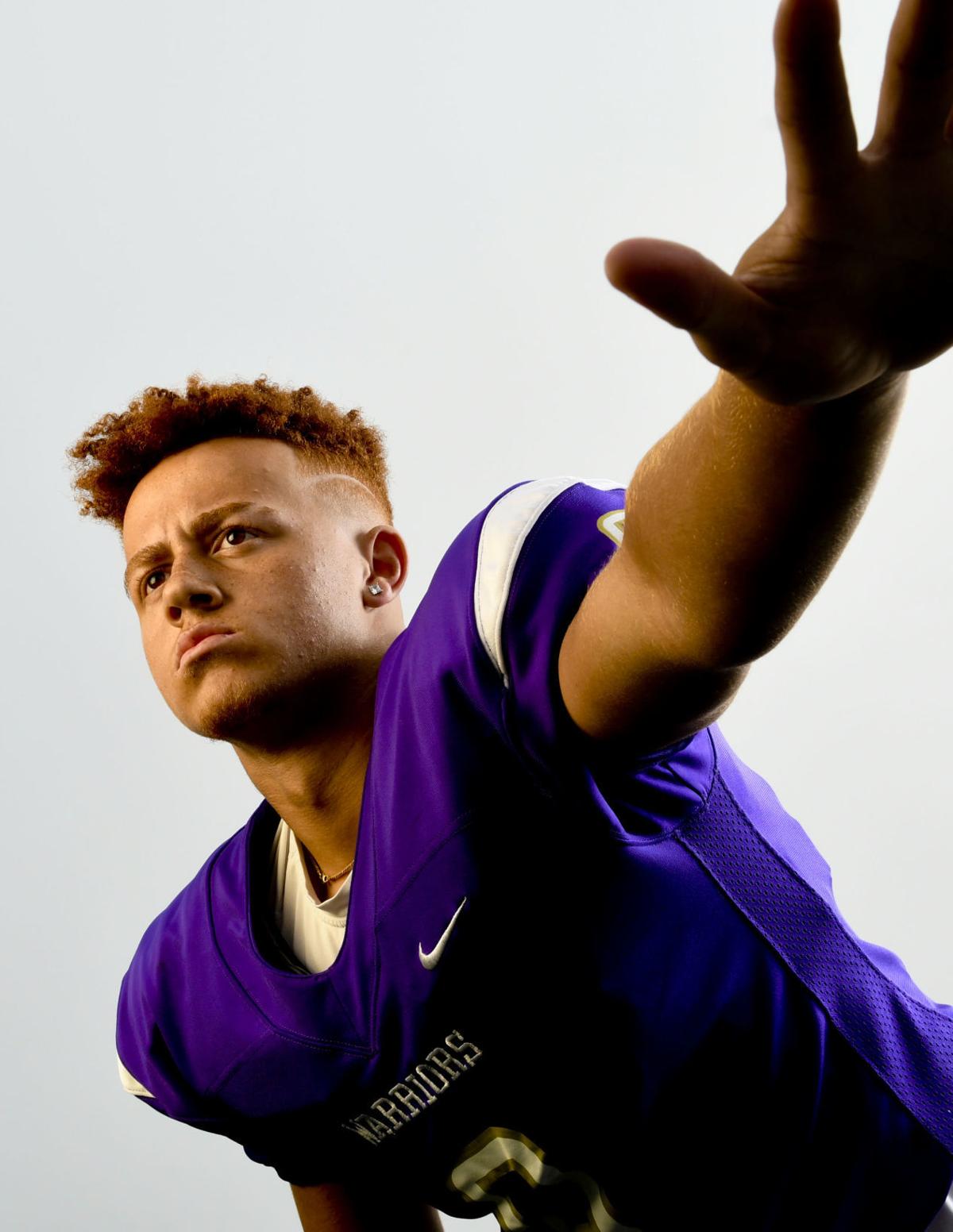 Righetti's Jake Steels is a senior receiver and cornerback for the Warriors. The Warriors lost in the CIF Central Section Division 2 title game in 2018, their first year after moving from the Southern Section. They're now in the Mountain League with A.G., Paso Robles and St. Joseph, though it seems the leagues keep changing every year.