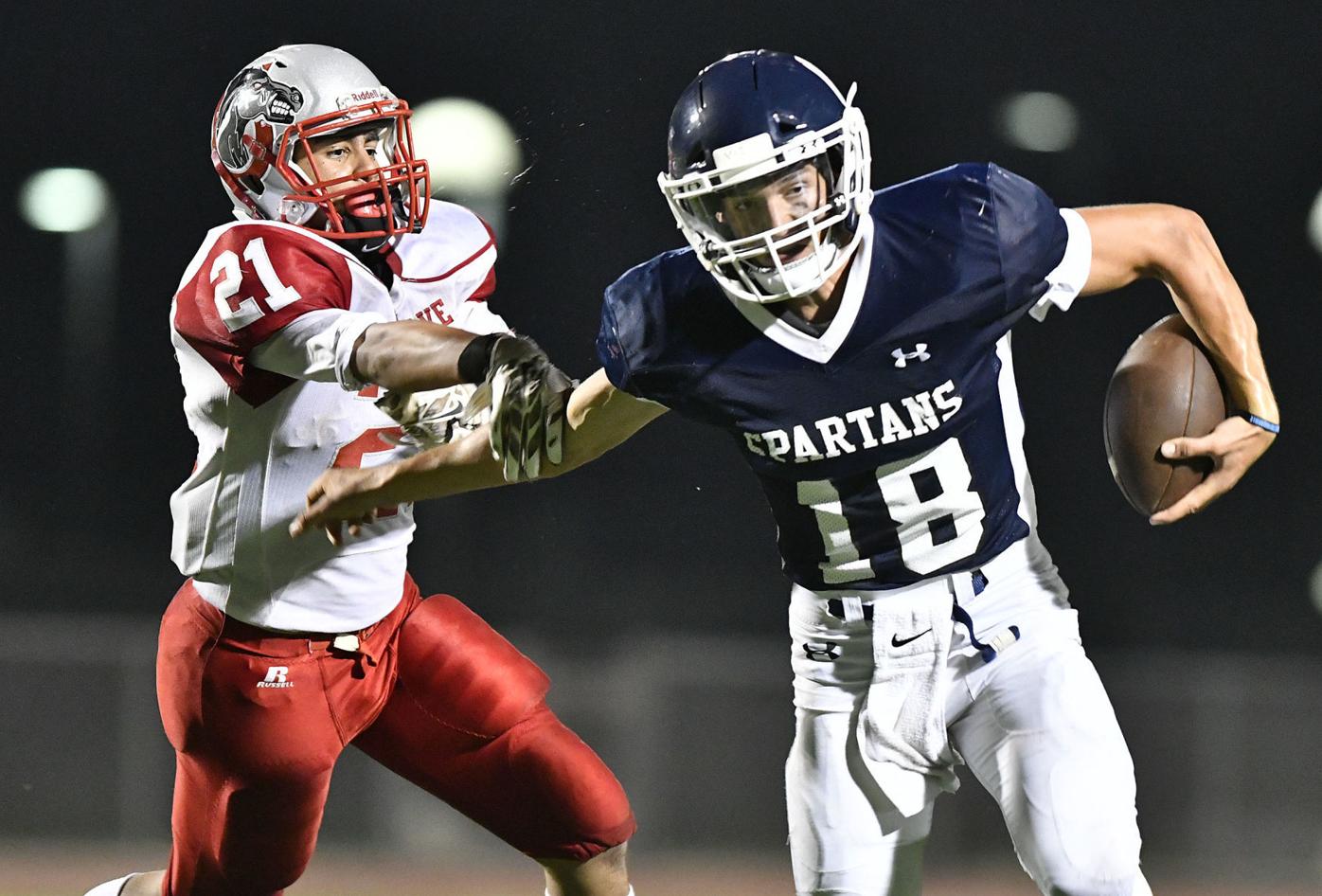 Orcutt Academy's Darin Miller scores against Mojave's Daniel Valadez (21) during the Spartans' 66-30 win in an 8-man football game on Sept. 8, 2017 at Pioneer Valley High. Miller accounted for 127 total touchdowns in four seasons with the Spartans, scoring 478 total points in his career. 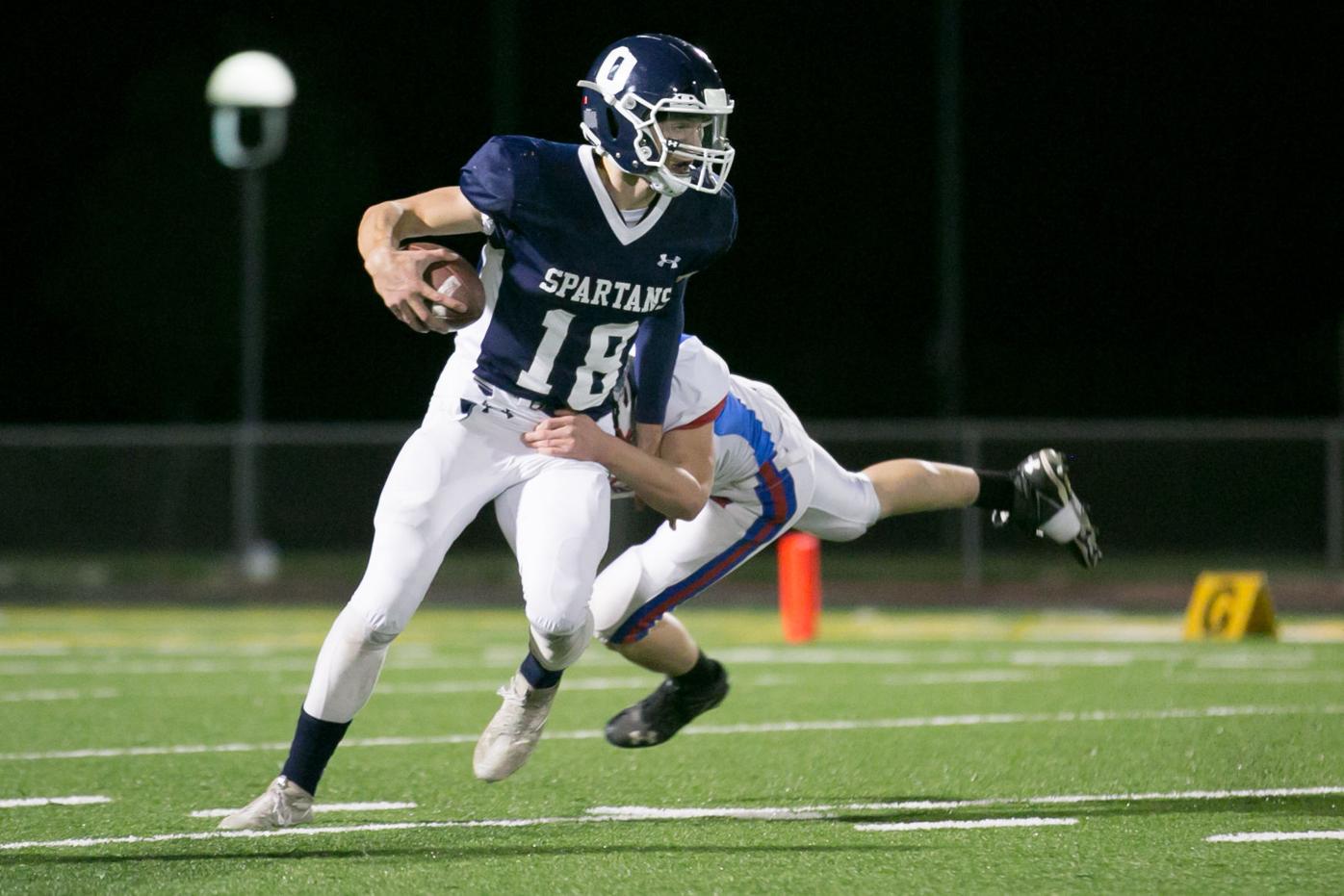 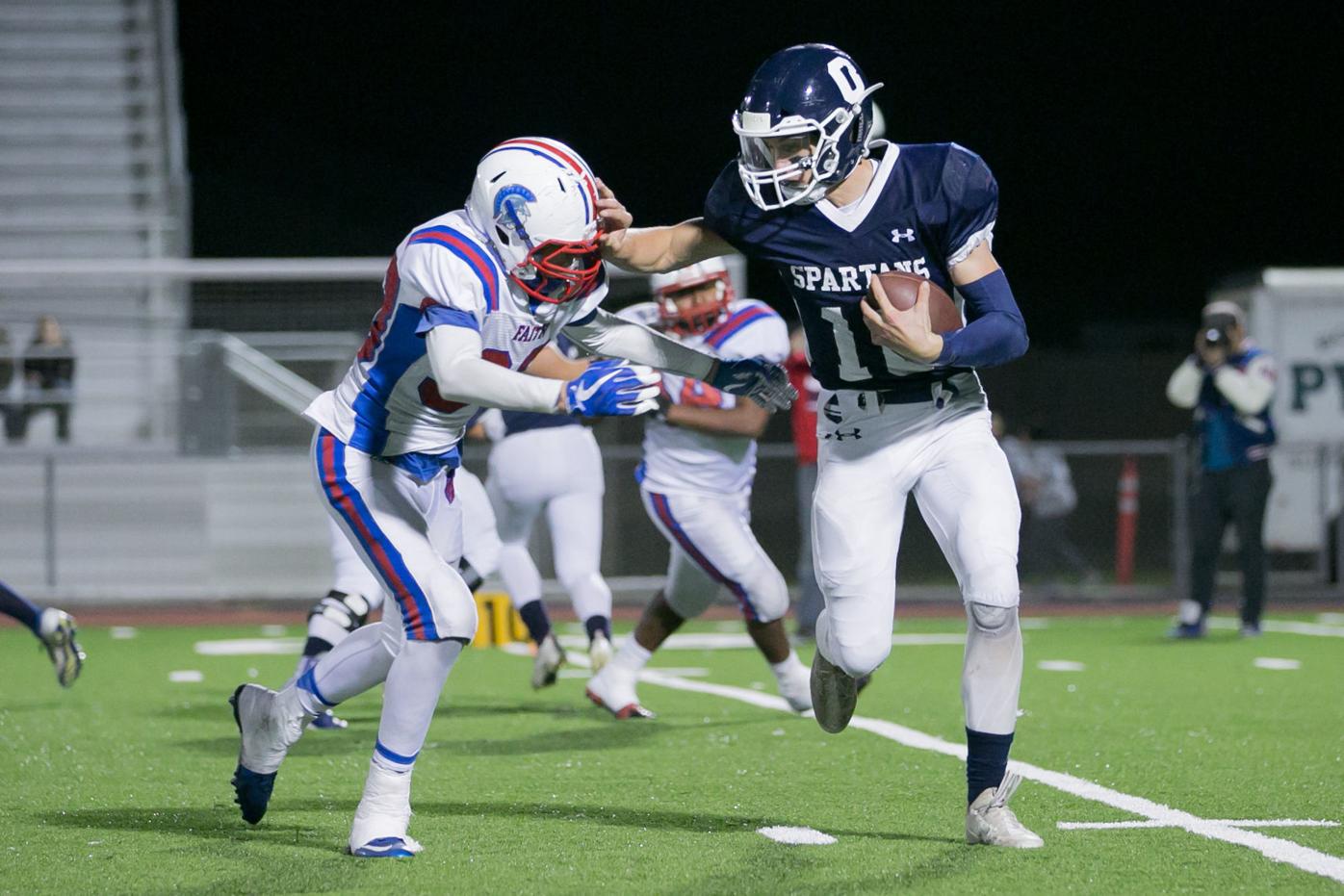 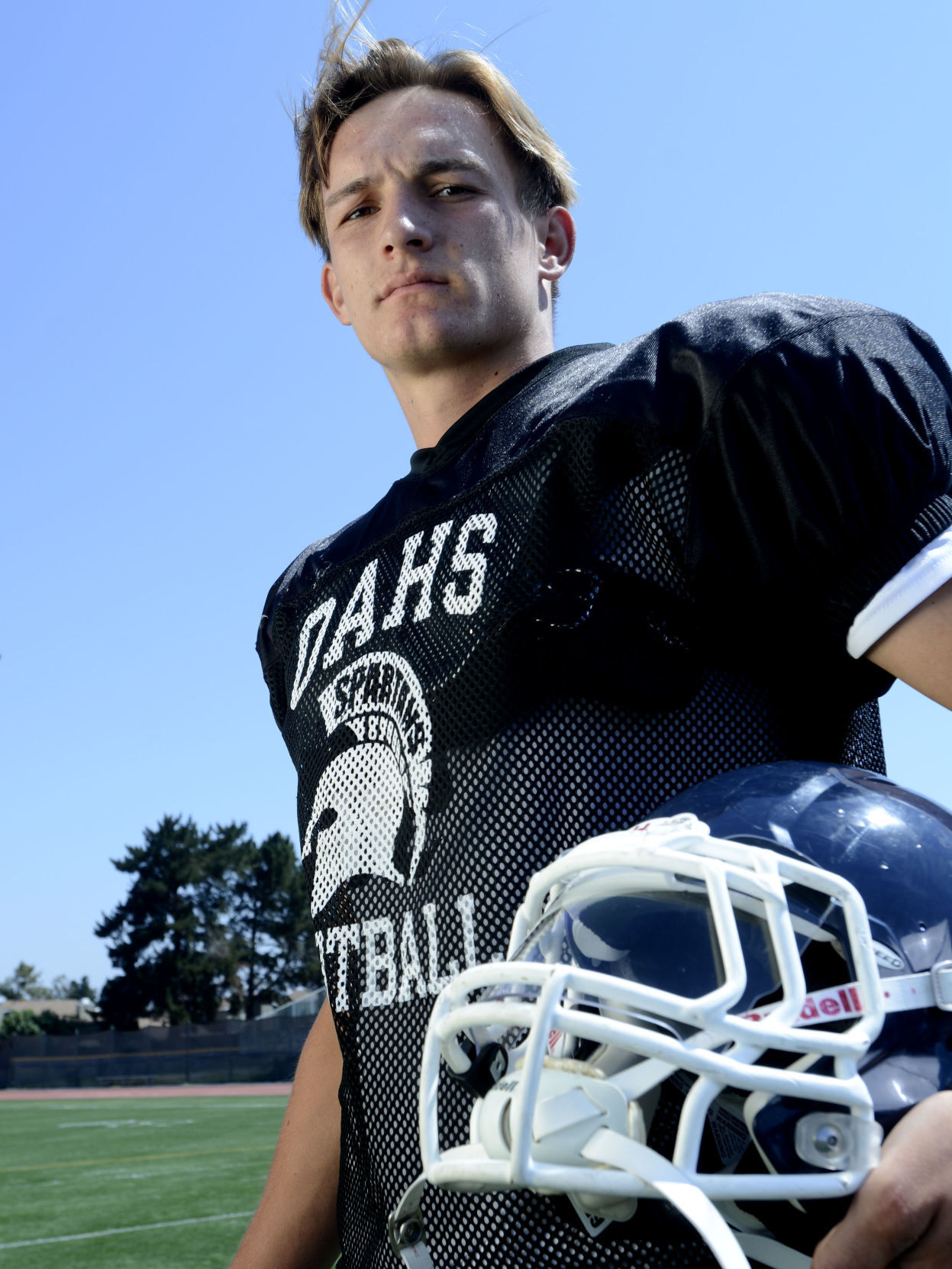 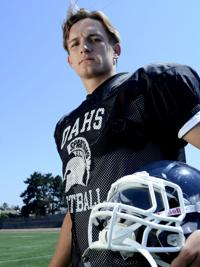 Orcutt Academy quarterback Darin Miller led the Spartans to a 9-3 record in 2018, getting the team to the CIF-SS semifinals.

Orcutt Academy's Darin Miller scores against Mojave's Daniel Valadez (21) during the Spartans' 66-30 win in an 8-man football game on Sept. 8, 2017 at Pioneer Valley High. Miller accounted for 127 total touchdowns in four seasons with the Spartans, scoring 478 total points in his career.

Orcutt Academy quarterback Darin Miller led the Spartans to a 9-3 record in 2018, getting the team to the CIF-SS semifinals.

The game of football has grown into America's favorite sport.

But a form of the game has often been left behind whenever it is mentioned.

For instance, when the Santa Maria Times conducted its Player of the Decade contest for high school football last summer, this newspaper received several letters from readers asking if 8-man football players would be included.

This paper determined the 11-man and 8-man games were just a bit too different to combine the two into the same category.

That does not mean this paper will ignore the impact some of the great 8-man players have made over the time the game has been played in the area.

For those unfamiliar, there are some key differences between 8- and 11-man football. Obviously, each team has three fewer players on the field at the same time.

The field of play is also much different. Instead of a 100-yard surface, the typical 8-man field is 80 yards, meaning midfield is at the 40. The field is also slimmer than a traditional football field, with an 8-man field being reduced to a 40-yard width instead of the traditional 53 1/3-yard width.

This creates a different game, oftentimes resulting in more scoring and offense. It's an exciting brand of football played by smaller schools with smaller athletes.

Make no mistake about it, though, the players are still physical and oftentimes more aggressive.

There are a two other common forms of reduced-player football, 9-man and 6-man, though 8-man football is the most popular form of reduced-player competition, with more than 1,200 schools in the nation fielding teams.

In 8-man football, the player reductions are usually in the form of the offensive tackles and a receiver on offense and a defensive lineman, linebacker and defensive back on defense.

Up until recently, there was one 8-man football program in the Santa Maria Valley: The one from Valley Christian Academy. But in the 2012 season, Orcutt Academy joined the 8-man ranks and quickly became one of the top programs on the Central Coast.

The program was started by its first head coach, Tony Payne, who has since moved on and taken over at Righetti High and developed that 11-man program into a league title contender.

Orcutt Academy has since developed players so dominant that some have been left wondering what would happen if they played at an 11-man program.

The Spartans have one of those players now in running back/linebacker Alex Sutton. But a previous player set that initial tone: Darin Miller.

Did Miller turn those physical traits into success with the Spartans? Let's look at the numbers.

The Spartans went 28-15 in his four seasons on the team. Miller played in 37 games during that span and threw for 3,305 yards and 55 touchdowns with 15 interceptions on 445 attempts, completing about 48% of his throws.

In his senior season, Miller ran for 1,574 yards on 201 carries, averaging 131 yards a game. He ran for 38 touchdowns that year as the Spartans finished 9-3 and made the CIF Southern Section Division 1 semifinals.

Miller 'rises to the top'

Former Orcutt Academy assistant Jim West says Miller was one of the finest players he's ever seen in two-plus decades of coaching.

"I have coached football for 24 seasons," West said. "Most of this was at the high school level. During that time, I have had the pleasure to work with innumerable outstanding football players. Darin Miller clearly rises to the top of that list."

There's more than what Miller did on the field, though. West, who helped found the football program at Orcutt Academy, vouched for Miller's ability as a team leader.

"Besides the stats, Darin was an outstanding leader on an off the field and took OAHS all the way to the final minute of the CIF semifinal playoffs his senior year," West said. "The other players looked up to him and knew that they could count on him when the chips were down. He was an extremely hard worker in practice.  For example, he would often stay late to help put equipment away without being asked despite the fact that he was a senior."

With all that said, a question is now posed to our readers: Is there enough difference between 8-man and 11-man to separate the two when handing out post-season honors? Should 11-man and 8-man players be on the same All-Area or All-County lists?

Let us know. Do you know of any other great 8-man players in the area's history? Send suggestions to the author at jbailey@santamariatimes.com.