CIF Central Section football: Memorial looks to keep dominance going in D2. Will Righetti or St. Joseph meet them in the playoffs?
Share this
× 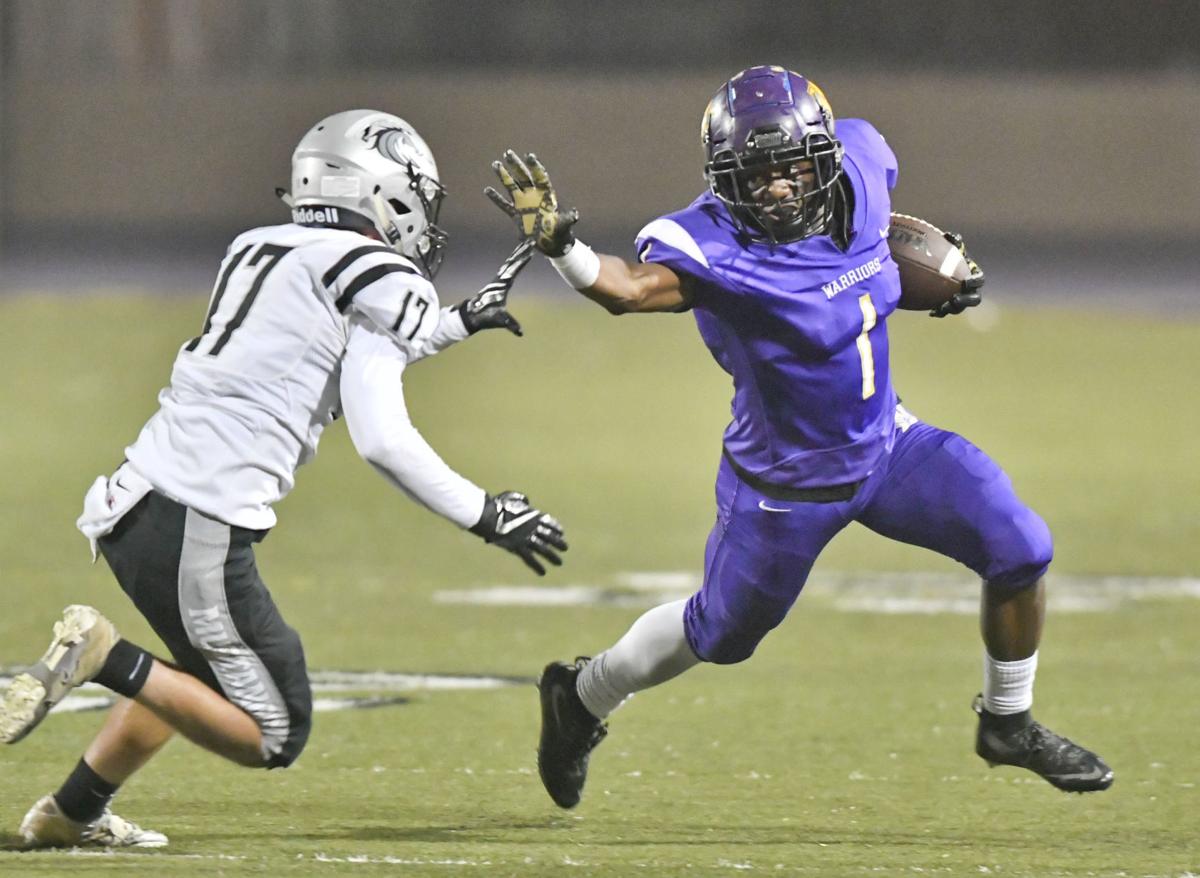 Righetti's Kidasi Nepa straight arms Stockdale's Zeke Armijo during the playoffs last year. Righetti is in Division 2 in the CIF Central Section again this year, though Fresno powerhouse San Joaquin Memorial is also in that division now, along with St. Joseph. 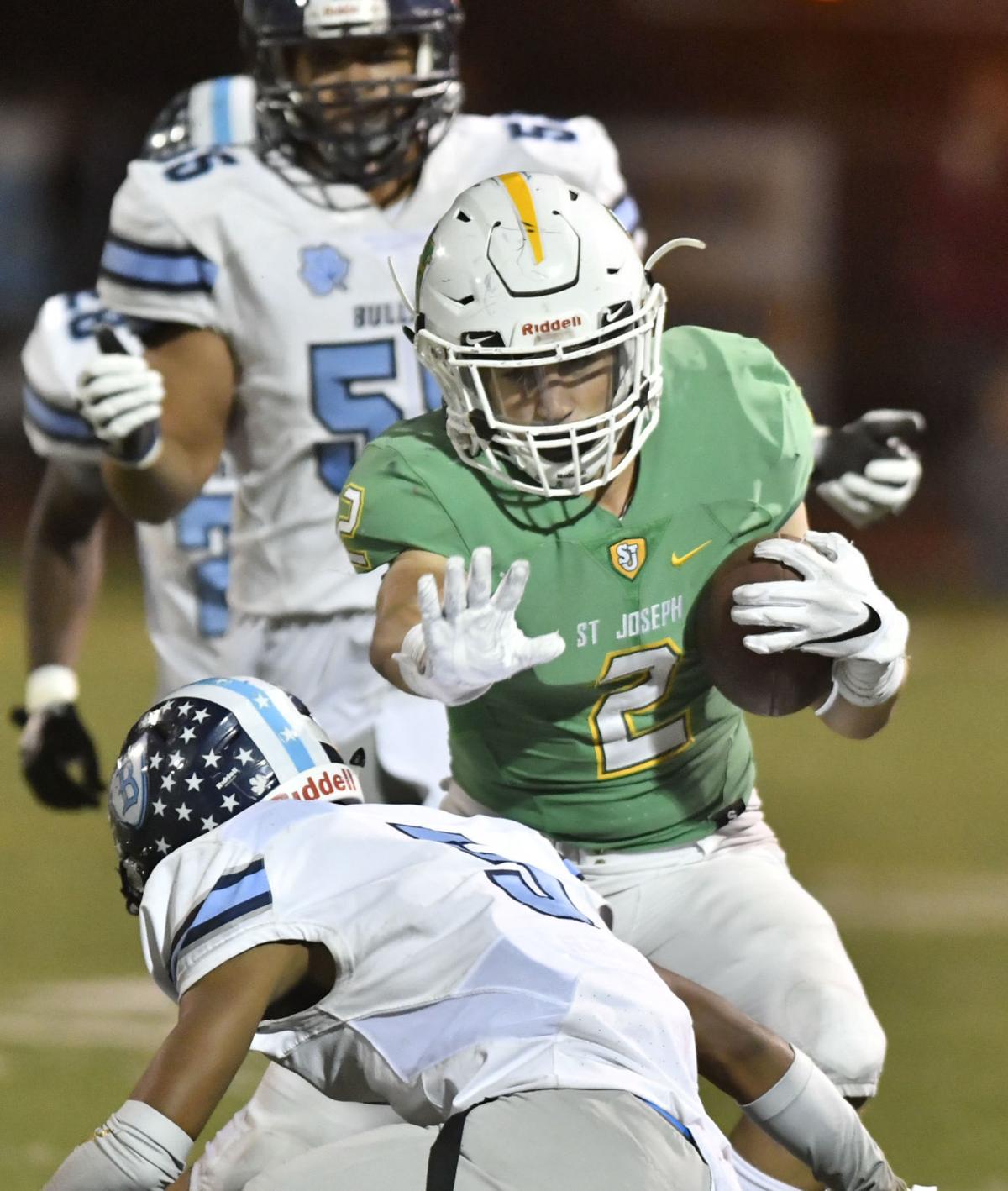 Lawndale derailed Fresno San Joaquin Memorial's run toward a 2018 state championship, beating the Panthers 20-12 in the state title game. It was the 15-1 Panthers' only loss of the year.

After roaring to a Central Section Division 3 championship, the Panthers routed Division 2 champion Tulare Union 69-25 in the state playoffs.

If the three Central Coast Division 2 teams are to make big playoff runs there is a chance that one of them, or all, will have to get through San Joaquin Memorial, a traditional powerhouse.

San Joaquin Memorial lost its stat leader in almost every 2018 statistical category to graduation, but the Fresno team is not exactly bereft of returning talent.

The Panthers bid a fond farewell to Alec Trujillo, who threw for 4,251 yards and 50 touchdowns as a senior in 2018.

They also said goodbye to Leonard Glass, who graduated last spring after running for 1,000 yards and 16 touchdowns in 2018.

However, the 2019 Panthers do have some some star power returning.

For starters, Jalen McMillan returns. McMillan made a verbal commitment to the University of Washington last June. He is listed as a team captain for 2019.

The 6-foot-3, 190-pound McMillan was the Panthers' leading receiver last year. He had 1,401 yards in receptions and caught 19 touchdown passes.

Who will throw the ball to McMillan is another matter. Other than Trujillo, Panthers' passers threw a combined six times last year, including one pass from McMillan.

T.J. Hall Jr., a 6-0, 160-pound sophomore, is also listed as a quarterback. His other listed positions are cornerback and wide receiver.

Hall saw action in eight varsity games as a freshman receiver, and he made an impact when he was in there. He had 12 catches for 194 yards and two touchdowns.

Week zero has been moved back a week from its 2018 start, The Panthers will open at home Aug. 23 against Division 3 semifinalist Kingsburg.

St. Joseph will host Visalia Central Valley Christian that night. Righetti and Nipomo will open on the road that evening, Righetti at Santa Maria and Nipomo at Santa Ynez.

Righetti's Kidasi Nepa straight arms Stockdale's Zeke Armijo during the playoffs last year. Righetti is in Division 2 in the CIF Central Section again this year, though Fresno powerhouse San Joaquin Memorial is also in that division now, along with St. Joseph.