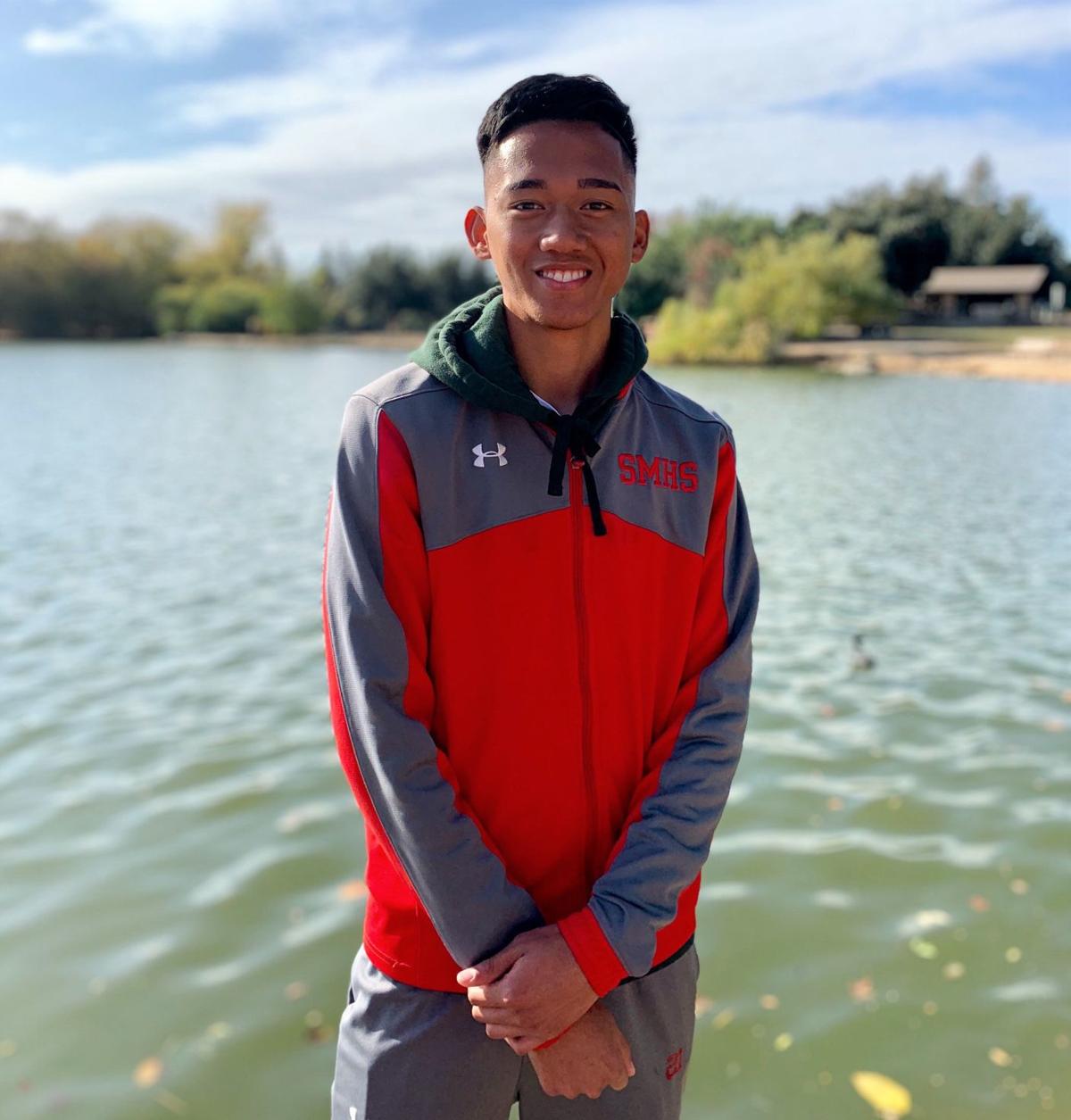 Santa Maria's Jedric Callado took up running as a fourth grader at Fairlawn Elementary School in Santa Maria and has been running ever since, spending four seasons on the Saints' cross country team and two on the track team. 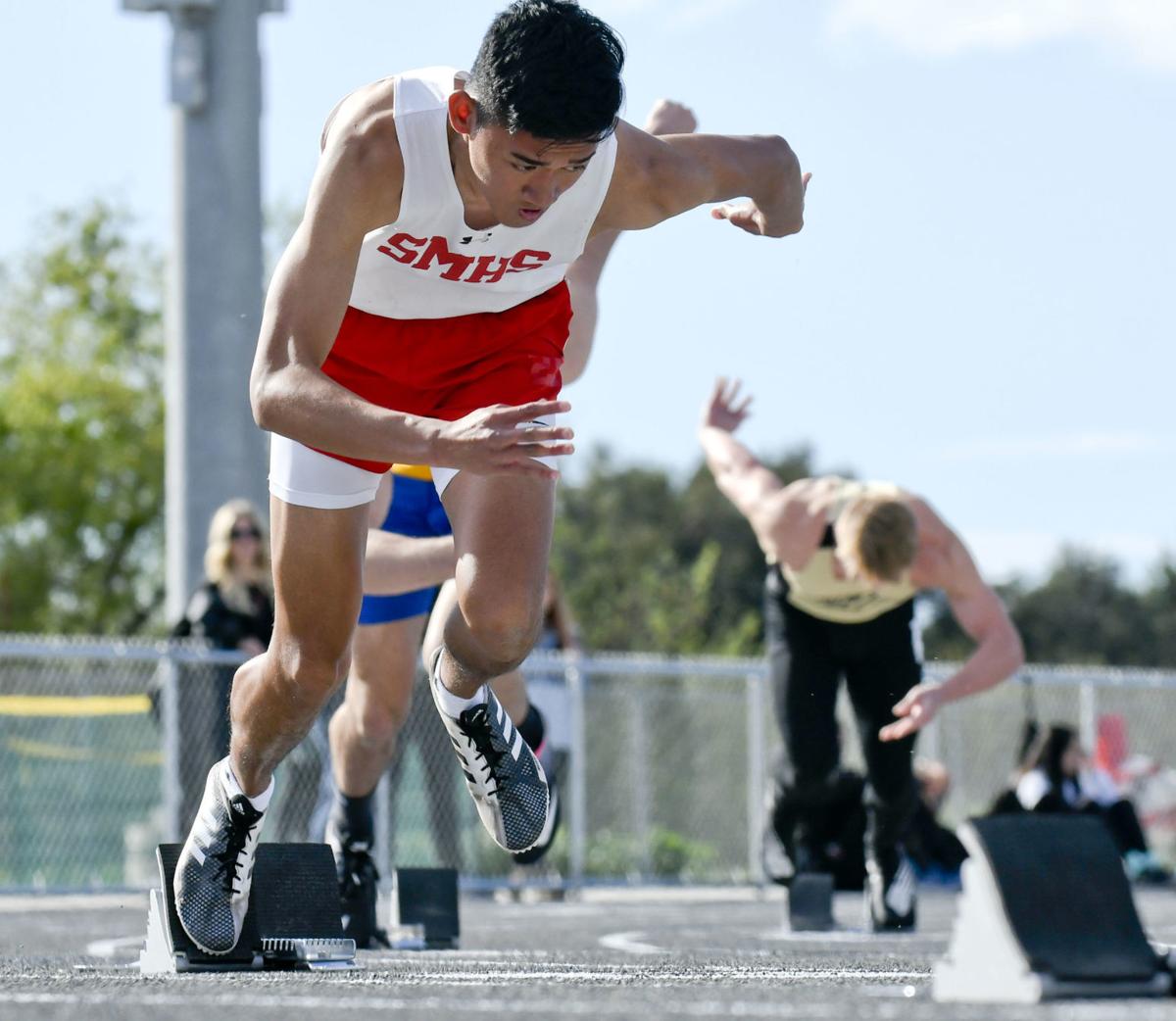 Jedric Callado, of Santa Maria, starts the boys 400 meter dash during the final race of his senior season at Nipomo High on March 11. 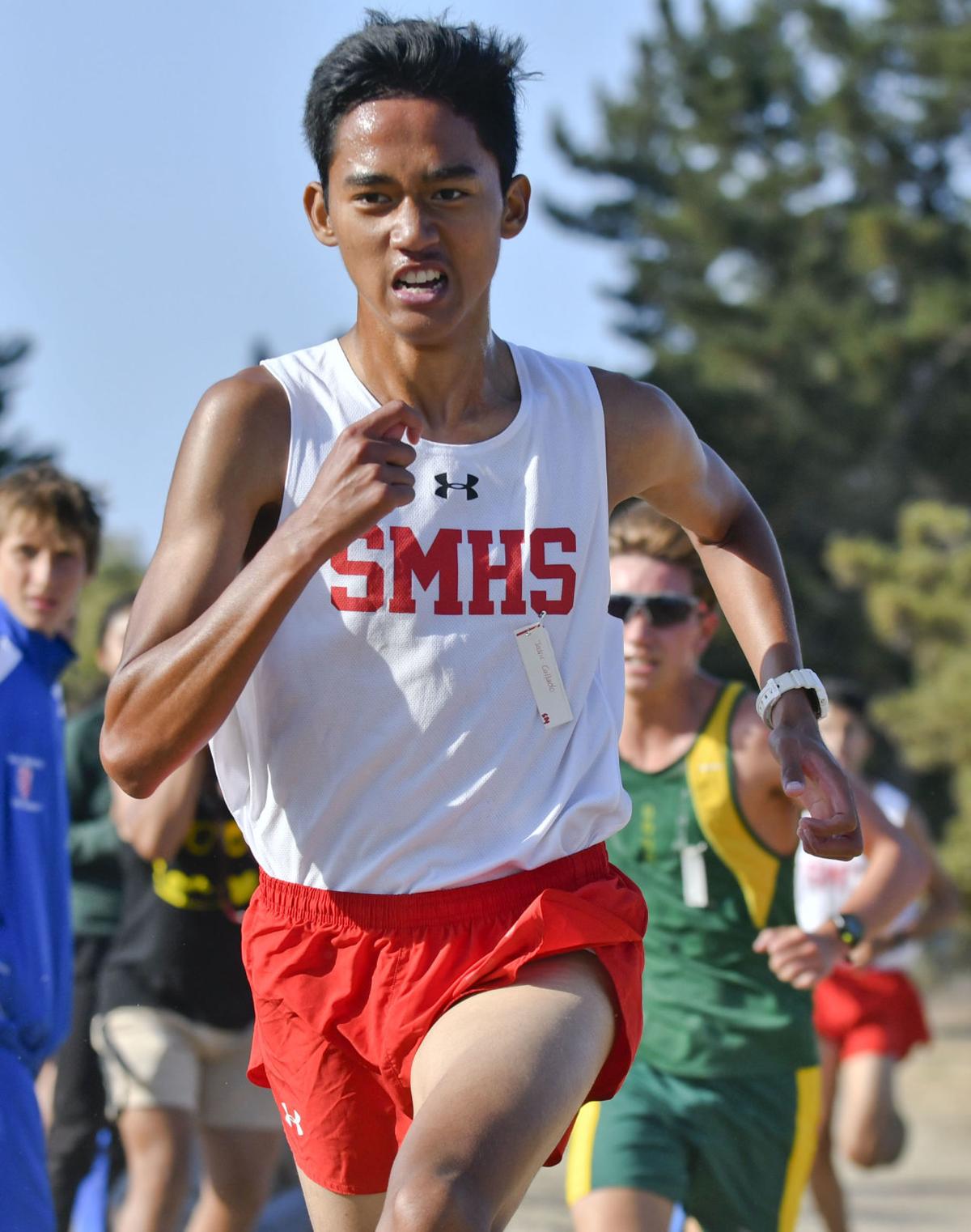 Since he was a fourth grader at Fairlawn Elementary School in Santa Maria, competitive running has been a big part of Jedric Callado's life.

Now the Santa Maria High School senior is contemplating whether or not it will still be part of his life.

Hancock College will be Callado's next stop in his educational career. "At the moment I'm still kind of deciding whether I'll run for the Hancock program or not, but it's a possibility," said Callado.

Hancock has not had a men's cross country team for years. However, the Bulldogs have an active men's track team.

The NSBCART customarily awards its scholarships at its annual awards dinner. The organization cancelled its 2020 dinner because of the COVID-19 pandemic.

Callado ran cross country for three years and track, as a distance runner, for two at SMHS.

As a child in Manila, Callado wrote in his scholarship application essay, "I wasn't exposed to high speed internet, cellphones, video games or any social media platforms. All I had was the company of my friends." The activity with his friends included running.

He immediately took to running when he came to Fairlawn. "I was on the fourth, fifth and sixth grade track teams at Fairlawn," Callado said.

"It helped me adjust more. Coming here, I didn't even know running was a sport. At recess, in 'Capture the Flag' at PE (teachers) saw me," and encouraged Callado to join the track team.

He did and, "It helped me adjust more. I just gradually got more comfortable with it."

"Joining my fourth grade track and field team made me realize that I wasn't an outsider. That I am very much like all the other kids. The beauty about sport in general is that there's no discrimination," Callado wrote.

Callado had a chance to continue his running career at Humboldt State, but he passed on that.

"I had some preliminary contact," with Humboldt State, Callado said. "A coach there had said if I was really interested in going to Humboldt they would offer me a scholarship, but I was never really interested."

Callado said, "Humboldt State is too far from home, and it would have been a struggle for me to combine running with college life. And I would have had no support system. It's a nine-hour drive to Humboldt State."

As for what his collegiate major will be, "I'm not sure yet," he said. "It might be kinesiology. That's another reason why I decided to go to Hancock. I'll figure it out there.

Though team workouts have been cancelled since schools closed statewide in March because of the pandemic, "I run on my own when I can," said Callado.

As for the online learning students have been doing since the schools closed, "I would rather be in the classroom," said Callado. "I'm more of a hands on learner. It's tougher to just sit and listen to instruction."

Joe Bailey: Senior Spotlight series allows us to shine a light on the struggle and the triumph

We have been able to tell Christian Morin's story through our Senior Spotlight series. Through this project we'll publish more than 40 stories on high school seniors (and Hancock College sophomores).

Santa Maria's Jedric Callado took up running as a fourth grader at Fairlawn Elementary School in Santa Maria and has been running ever since, spending four seasons on the Saints' cross country team and two on the track team.

Jedric Callado, of Santa Maria, starts the boys 400 meter dash during the final race of his senior season at Nipomo High on March 11.