Central Coast Classic: Pioneer Valley's Kenneth Hoobery had a hit to remember in 2017
Share this
× 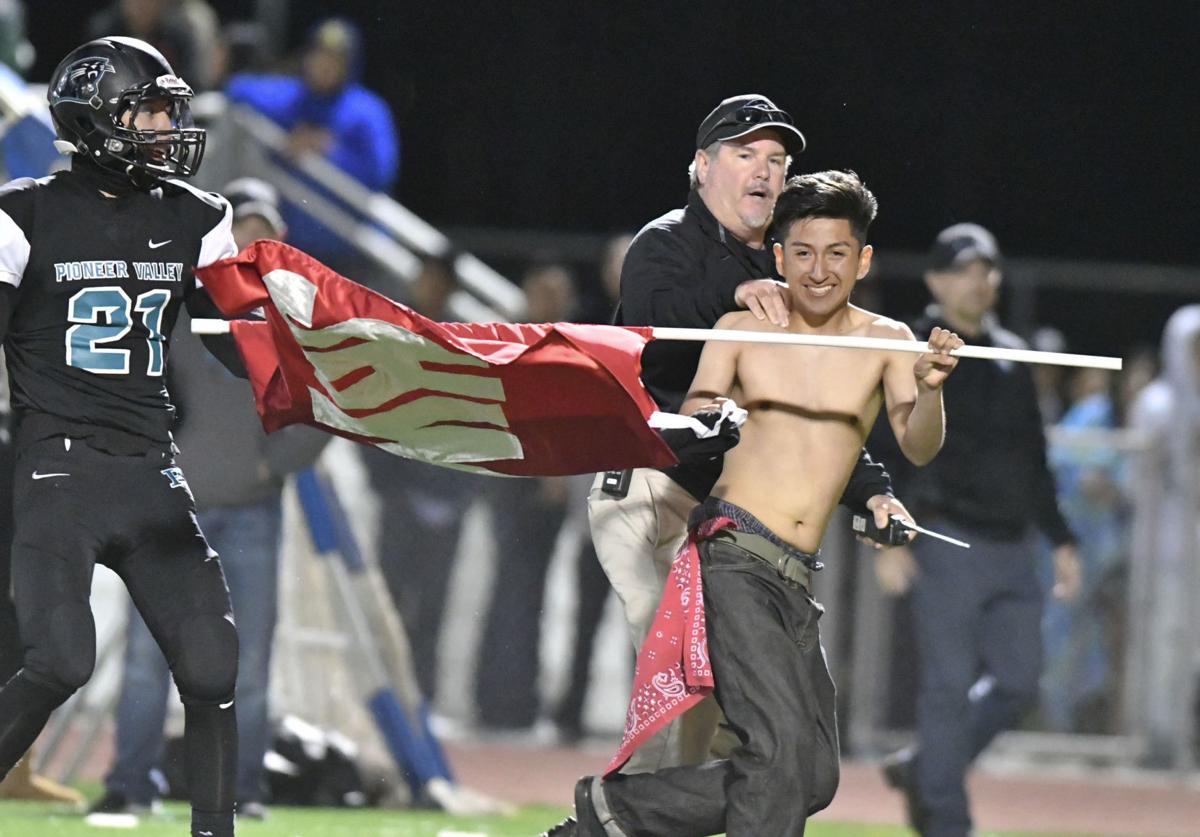 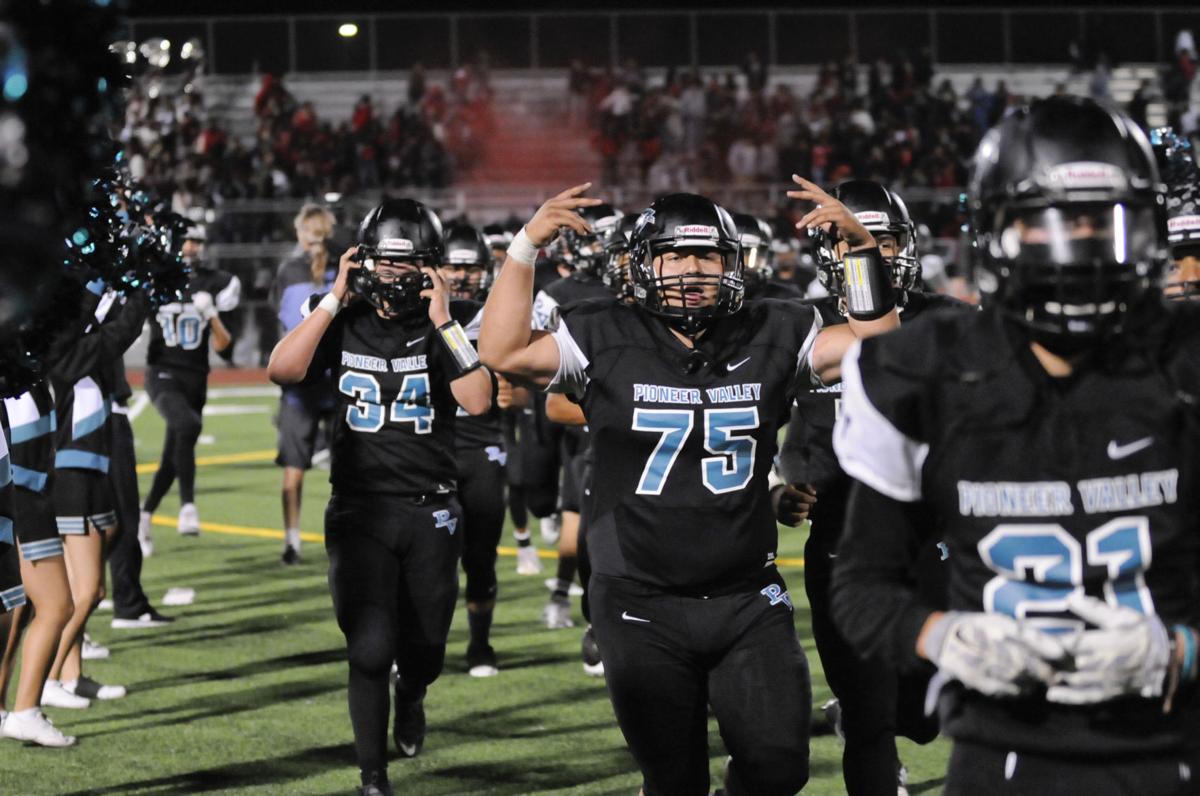 Pioneer Valley players celebrate their win over Santa Maria on Sept. 22, 2017. The Panthers won 32-28 in a wild game. 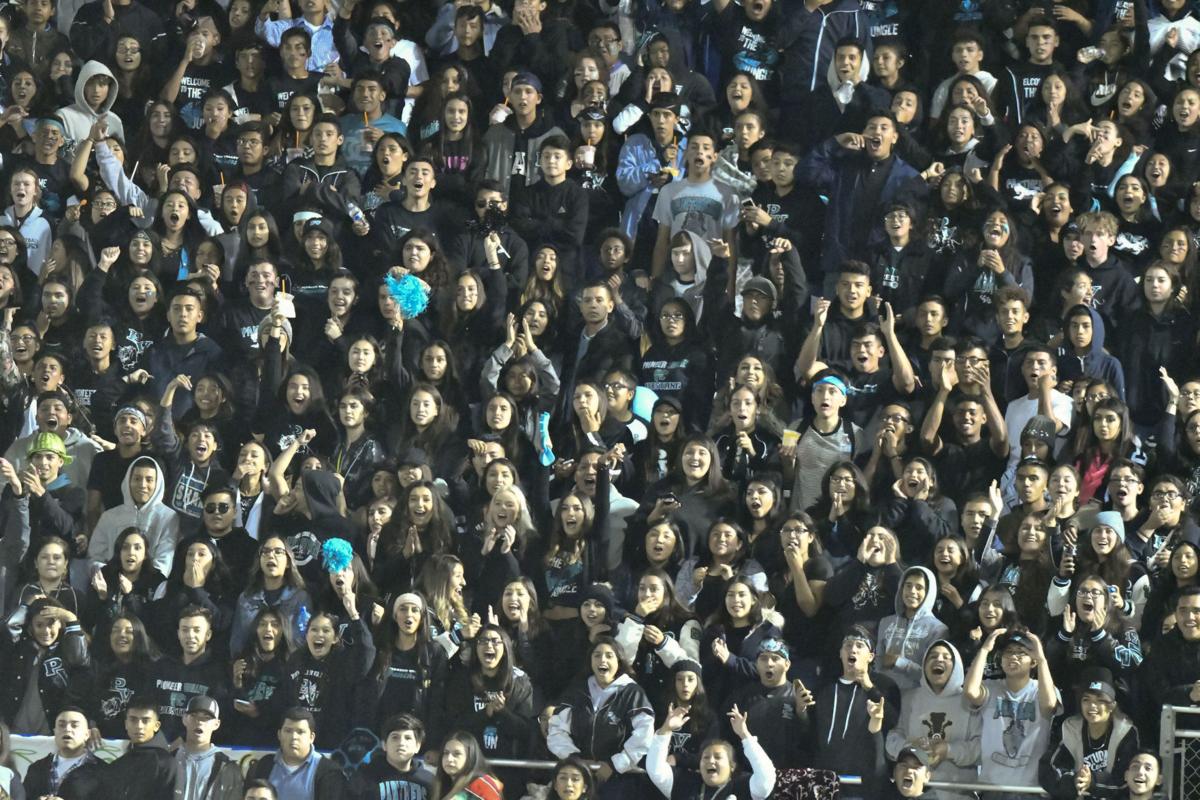 Pioneer Valley fans cheer for their team during the Sept. 22, 2017 game against rival Santa Maria High. 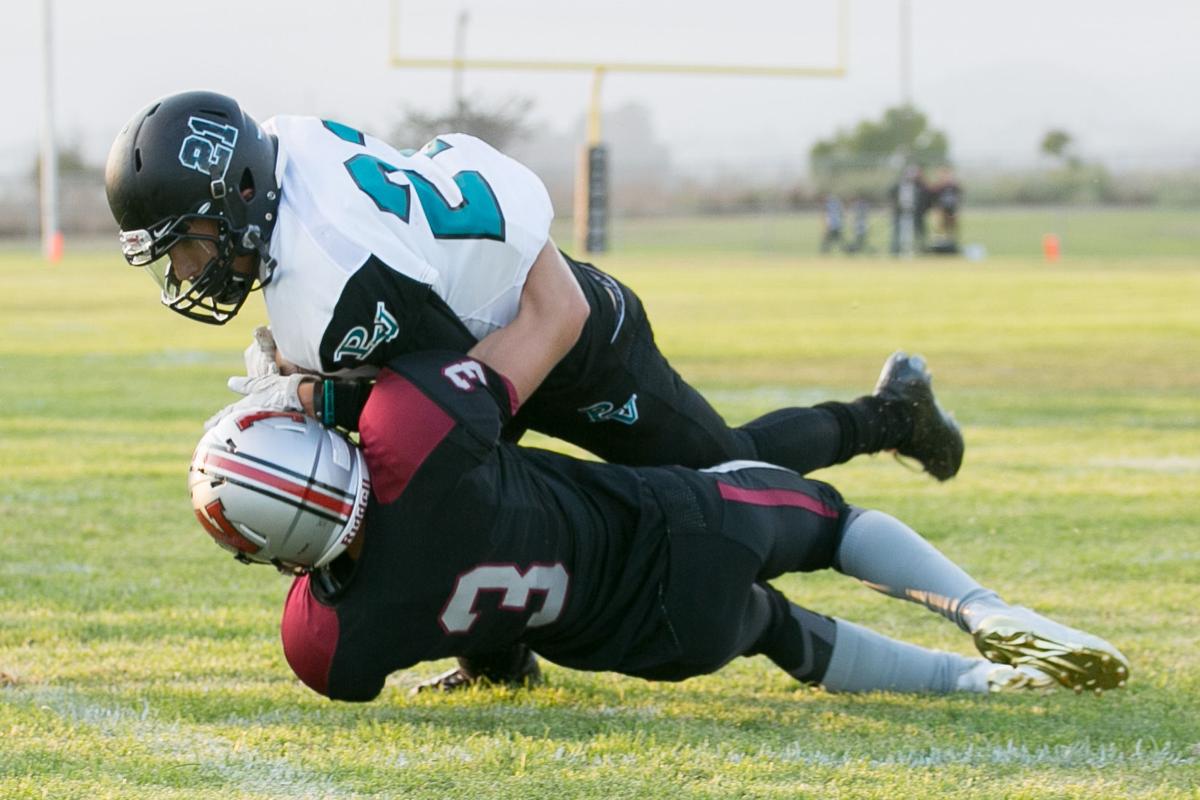 Bidding to become the first Santa Maria football team ever to beat a Pioneer Valley squad, the Saints held a slight third-quarter lead in this 2017 crosstown rivalry game at Pioneer Valley.

With the spectator in full stride, Pioneer Valley linebacker Kenneth Hoobery took a step forward and flattened him.

The hit subsequently went viral and got some play online via clips posted by the Santa Maria Times. Sports Illustrated had a piece entitled, “Run onto the other team’s field, be prepared to get lit up.”

The student, who seemed unharmed afterward (that might not have been the case had Hoobery weighed in at, say, 200 pounds instead of the 180 he was listed at on the Pioneer Valley roster), was ultimately suspended from school because of his action.

Meanwhile, Hoobery became something of a campus celebrity afterward. He seemed to take that in stride.

“When someone is invading your home field, you have to defend it,” Hoobery said to a reporter.

Santa Maria officials later chastised the interloper for his actions, stating that the gridiron belonged to players, not spectators. Besides, then-Santa Maria principal Joe Domingues said, “We had momentum and (the student running onto the field and the short aftermath) stalled the momentum.”

The student who ran onto the field, at least a few days thereafter, seemed unrepentant in quotes to a reporter.

Emmanuel Alcantar scored the winning touchdown for the Panthers when he burst through a hole and scored from 25 yards out at the 1:59 mark of the fourth quarter.

After being run ragged by Santa Maria quarterback Blake Truhitte, the Panthers defense ramped up the pressure on him after Pioneer Valley went in front.

After another loss the following week, the Saints, after a bye week, went on a roll.

They beat Nipomo for the league championship and ultimately hosted a sectional divisional playoff game for the first time.

Santa Maria lost to Big Bear in front of an overflow crowd at the Saints’ Ralph Baldiviez Stadium on the Santa Maria campus in the CIF Southern Section Division 12 championship game.

Pioneer Valley made the divisional playoffs too, but went out early.

That year was the last for both teams in the CIF Southern Section. The Santa Maria and Pioneer Valley programs joined the vast majority of Central Coast sports programs that joined the Central Section in 2018.

Santa Maria finally got that first football win over Pioneer Valley, 10-6 in 2019.

Garcia and Hoobery went on to play for Hancock. After playing on the defensive line his freshman year, Garcia moved to his customary quarterback spot for his sophomore year at Hancock.

He started the year as a back-up, eventually won the starting job and made his first start in Hancock’s fourth game of the season. Garcia threw a touchdown pass in Hancock’s 14-9 win over Mt. San Jacinto in the Western State Bowl at Righetti High School.

This is another in a series we are putting together highlighting the top moments of the past 20 years. Today, we take a look at the wild football game between rivals Santa Maria and Pioneer Valley in 2017. Though the game was memorable, Kenneth Hoobery, a Pioneer Valley linebacker, flattening a fan who ran onto the field may be the lasting image from the Panthers' victory.

“I think all the football coaches are hoping we can get back (to having workouts) by at least June,” Santa Maria coach Dan Ellington said in a text.

"At this time, I plan to major in either nursing or construction engineering. They're opposite fields, but I don't really know what I want to do yet," Altheide says.

The Knights had the right mix of talent, with star guard JoJo Walker in backcourt and forward Gabrys Sadaunykas in the front. Scotty McBeth added an adept scoring touch for the Knights. Cristian Rubalcaba was an aggressive defensive-minded point guard. Mason Jones was the extra muscle down low and Colton Brickey could be counted upon to make a big bucket in a tight spot.

One of the biggest for the Arroyo Grande native came on a December day in 2008, in her final Footlocker nationals race.

Pioneer Valley players celebrate their win over Santa Maria on Sept. 22, 2017. The Panthers won 32-28 in a wild game.

Pioneer Valley fans cheer for their team during the Sept. 22, 2017 game against rival Santa Maria High.