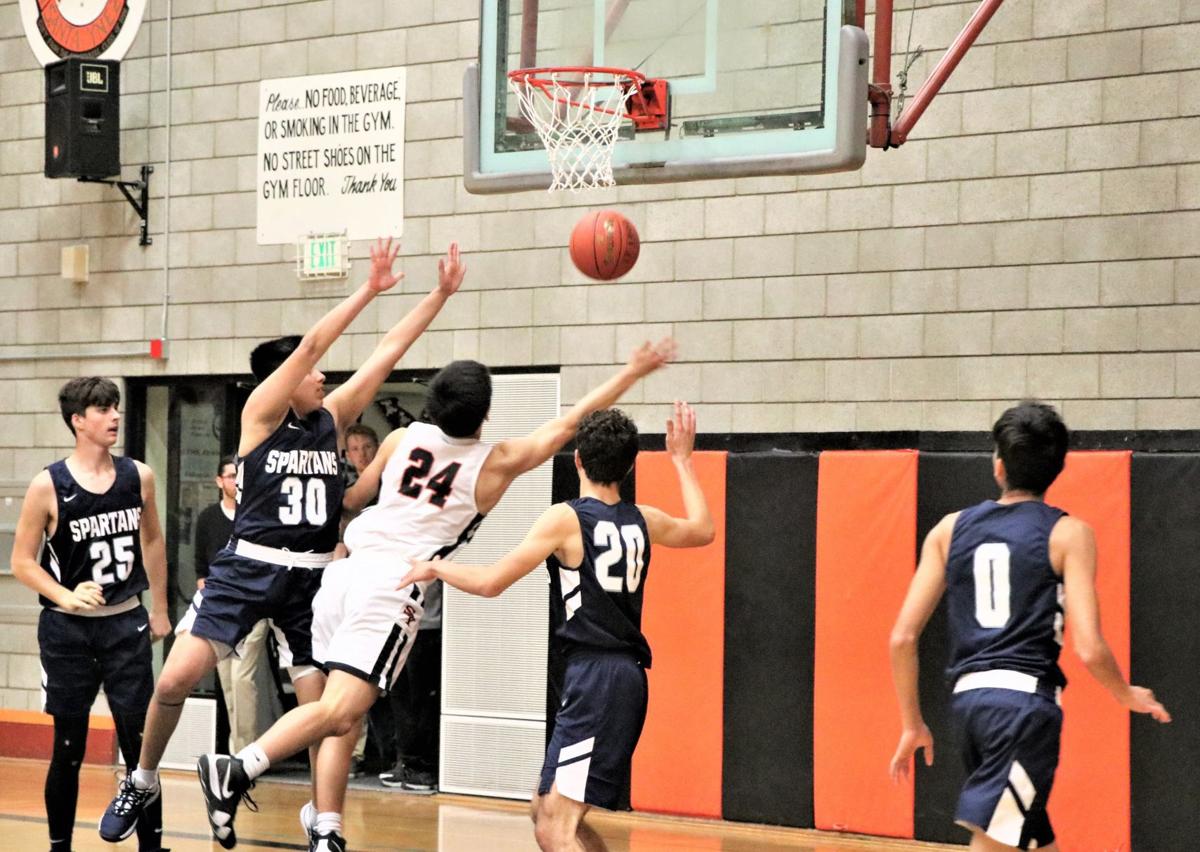 The Santa Ynez Pirates' Warren Zhang (24) splits the Orcutt Academy defense to score on a driving layup during the Pirates' 44-19 victory over Orcutt Academy at Santa Ynez High last month. On Friday, the Spartans avenged this loss with a 67-64 win over Santa Ynez. 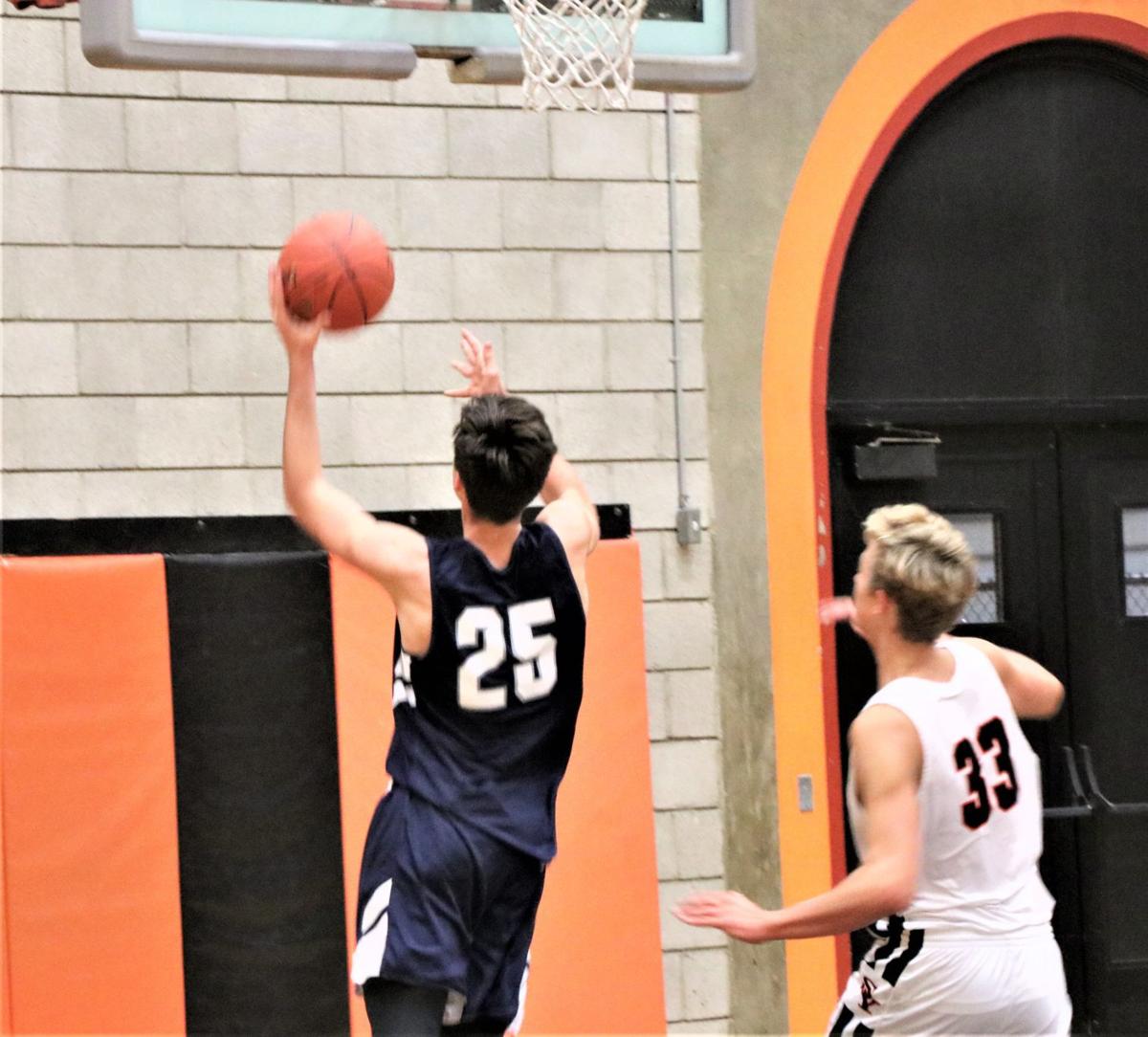 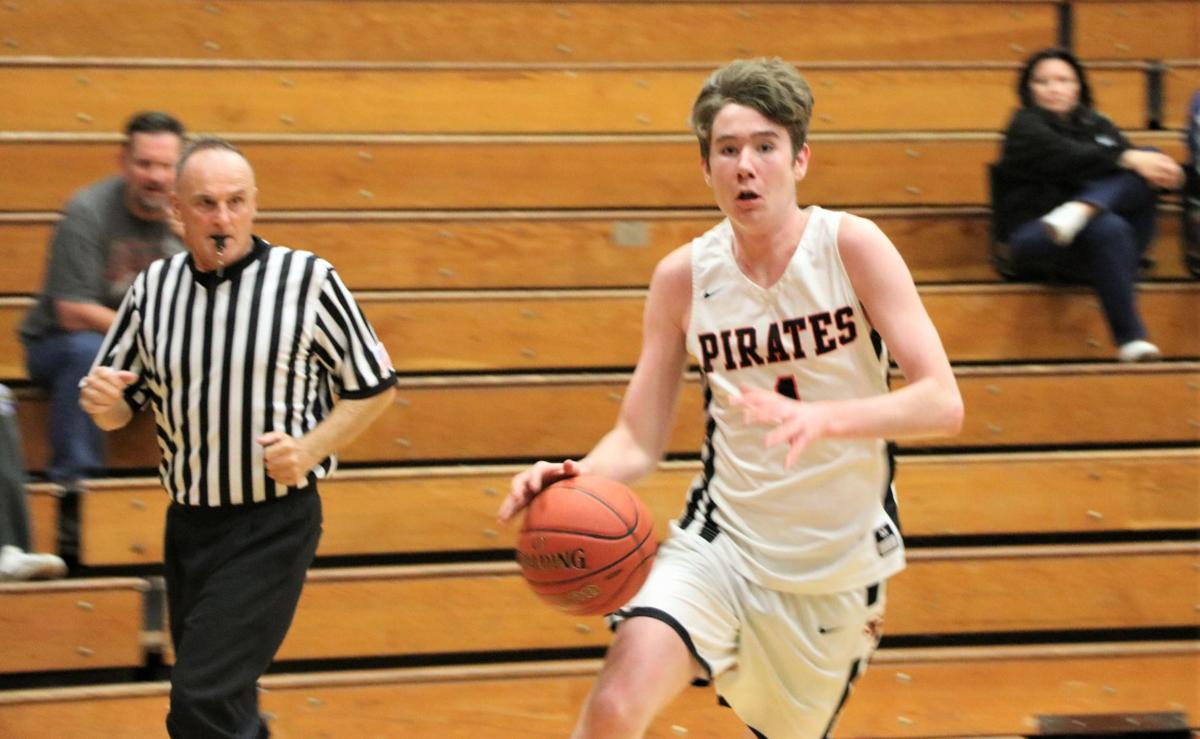 The Santa Ynez Pirates found their stride Wednesday night, Nov. 20, in their boys basketball home-opener against the Orcutt Academy Spartans.

The Pirates (1-1) used a stifling defense to shut down the Spartans (1-1) on their way to a 44-19 non-league victory for their first win of the young season.

“Any time you hold the other team to around 40 points, you have a chance to win,” said Orcutt Academy head coach Ryan Smalley. “We just didn’t handle their pressure well from the opening jump.”

“We certainly got off to a better start than we did against Nipomo (a 67-52 loss at Nipomo Tuesday night),” said Santa Ynez head coach Ray Vazquez. “We sort of found our identity playing man-to-man instead of zone. That helped us find our offensive rhythm.”

None of the Pirates hit double figures in scoring, spreading the wealth evenly between four players.

Camden Smith was high scorer for the Spartans with nine points.

“Camden got a couple outside shots to go in,” said Smalley. “With our offense struggling, we had to settle for trying to hit from the outside. Santa Ynez didn’t give us many good looks.”

The Spartans were forced to pass the ball around the perimeter, looking for an open man.

It was tough to get the ball inside and too many times, the Spartans had to settle for long 3-point attempts, usually with a defender contesting even those shots.

Zhang got things going with a free throw 18 seconds into the game.

Nate Rogers followed with a mid-range jump shot and the Pirates were on their way to a 7-0 lead.

Isaac Luque got the Spartans on the scoreboard with a 3-pointer but the Spartans had trouble handling the Pirates’ half-court pressure and fell behind 15-8 after the first quarter.

After the Spartans’ Smith sank a foul shot one-minute into the second quarter, the Pirates ran off 10 straight points.

Rasmussen got the run started with a put-back off an offensive rebound.

Lassahn ended the run with a layup, giving Santa Ynez a 25-9 lead.

Vazquez emptied his bench in the fourth quarter and has his team slow its pace.

“They’re a solid team defensively. I’m disappointed in our overall execution. We weren’t able to handle their pressure and work our normal motion offense,” said Smalley. “When we did get to go in for a layup, we missed too many of those shots.”

“We go eight or nine deep. Tonight we had seniors playing like seniors,” said Vazquez. “Nate Rogers only had four points but he got us into our offense all night.

Siggy and Tyler played tough inside and Landon in only a freshman – we’ve got to find him some minutes. This is a fun group. They’re very coachable. We found some rhythm tonight and we’re only going to get better.”

Santa Ynez will make it three games in three nights when they host Morro Bay on Thursday.

Orcutt Academy is off through the Thanksgiving break. The Spartans next host Santa Barbara’s Garden Street Academy on Monday, Dec. 2 at Lakeview Junior High.

Templeton put up 10 foul shots in the second quarter and made eight. That helped the Eagles beat foul and turnover-prone Santa Maria 59-46 at the Saints’ Wilson Gym in the Ocean League opener for both teams.

The Santa Ynez Pirates' Warren Zhang (24) splits the Orcutt Academy defense to score on a driving layup during the Pirates' 44-19 victory over Orcutt Academy at Santa Ynez High last month. On Friday, the Spartans avenged this loss with a 67-64 win over Santa Ynez. 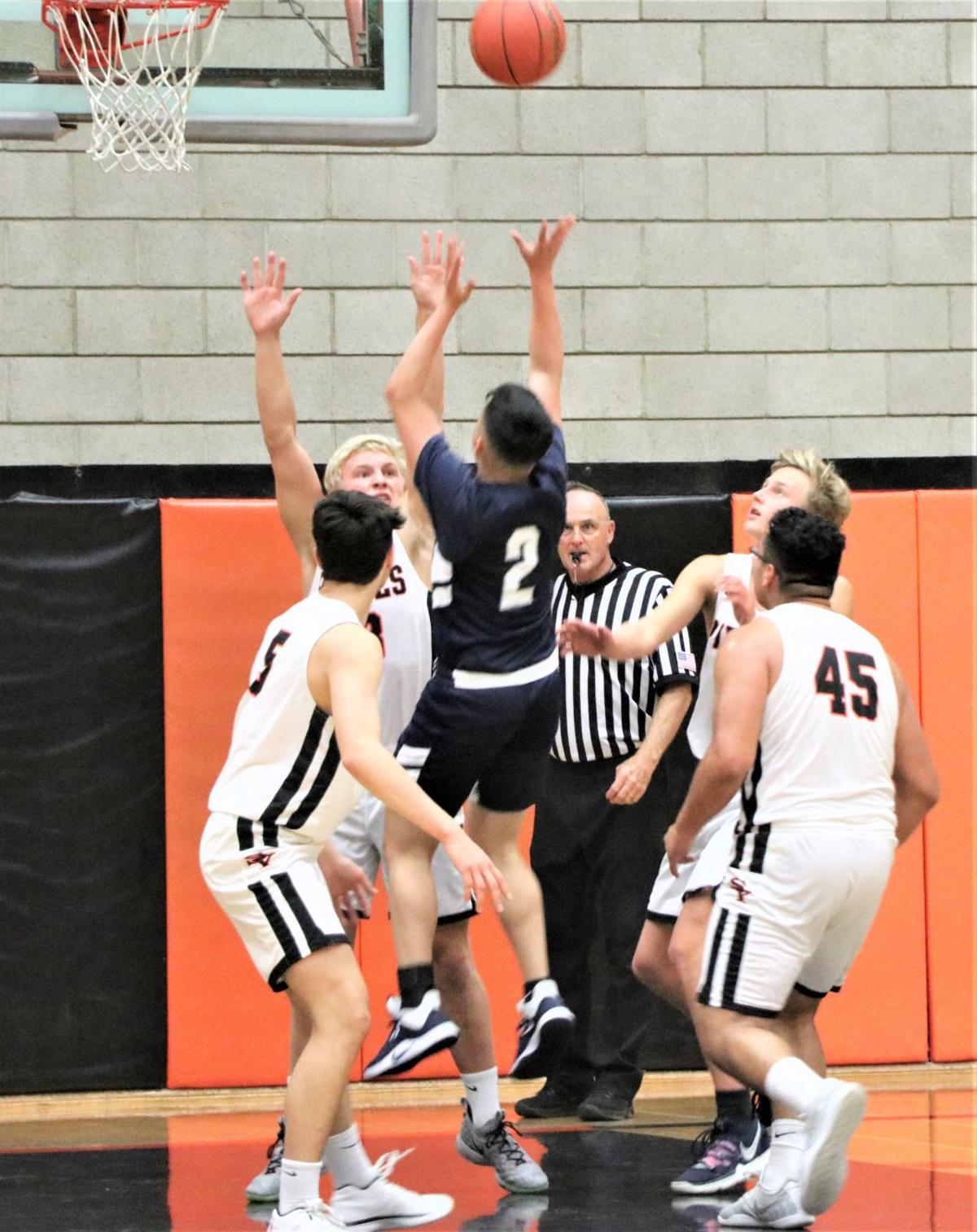