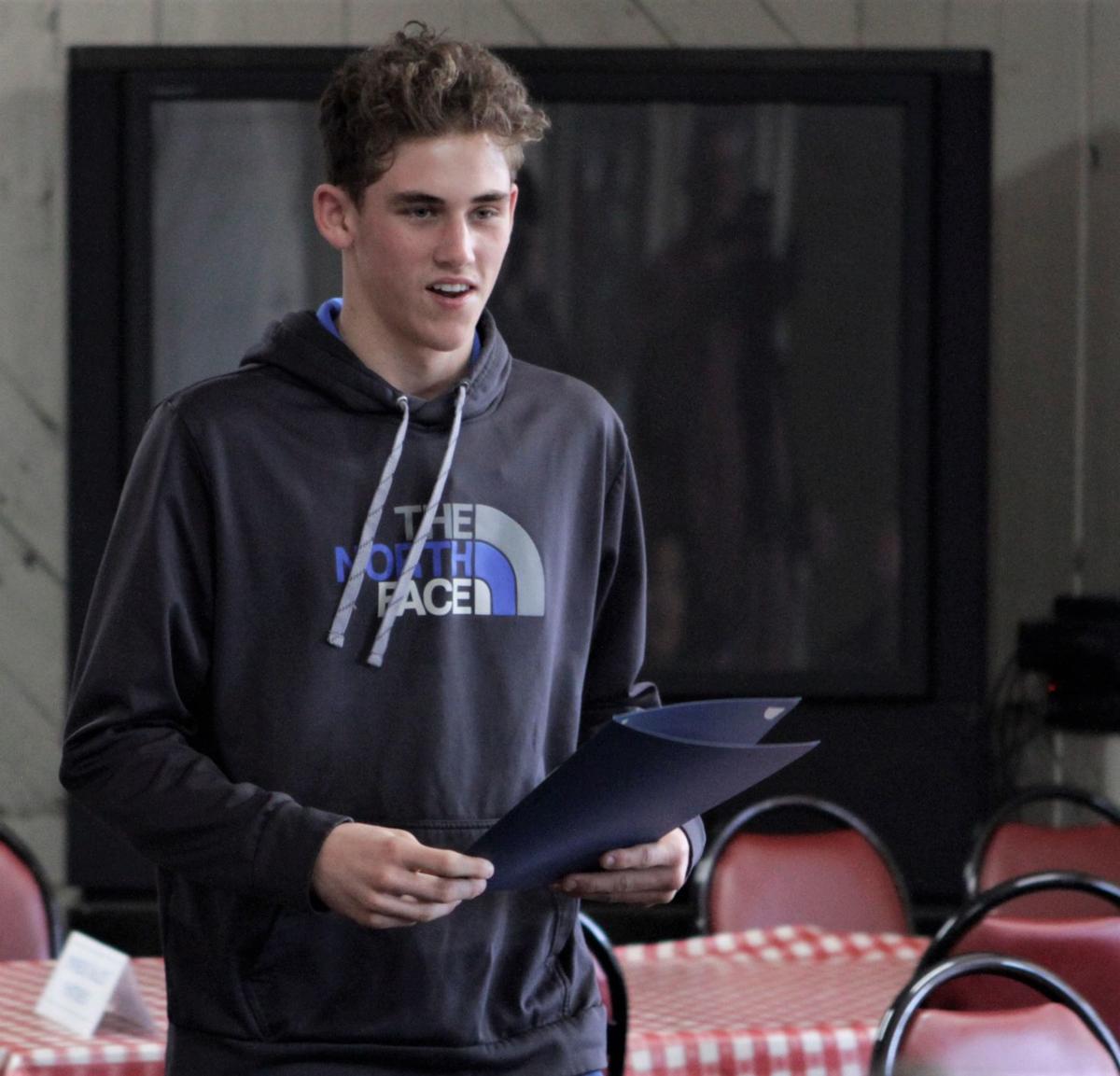 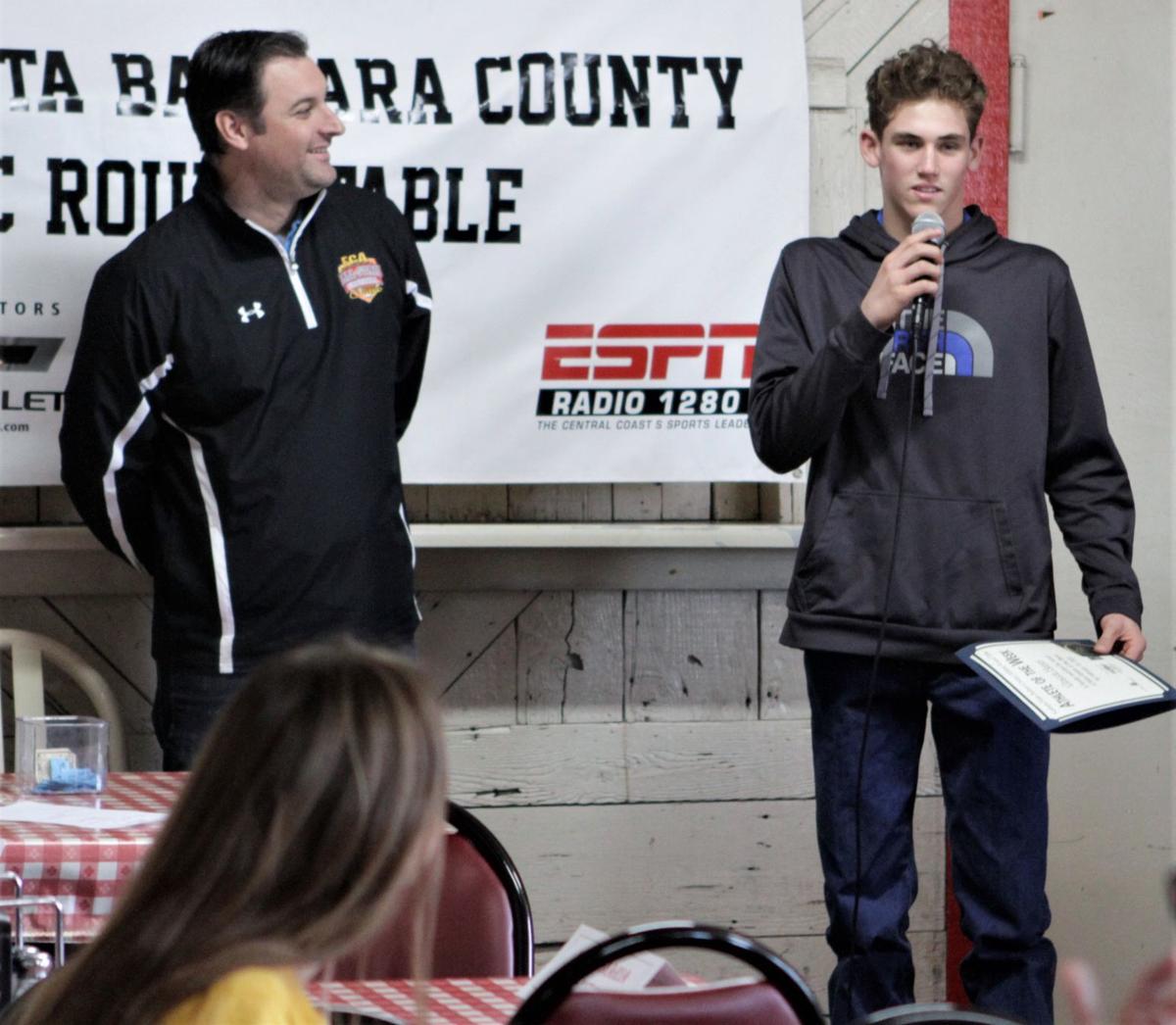 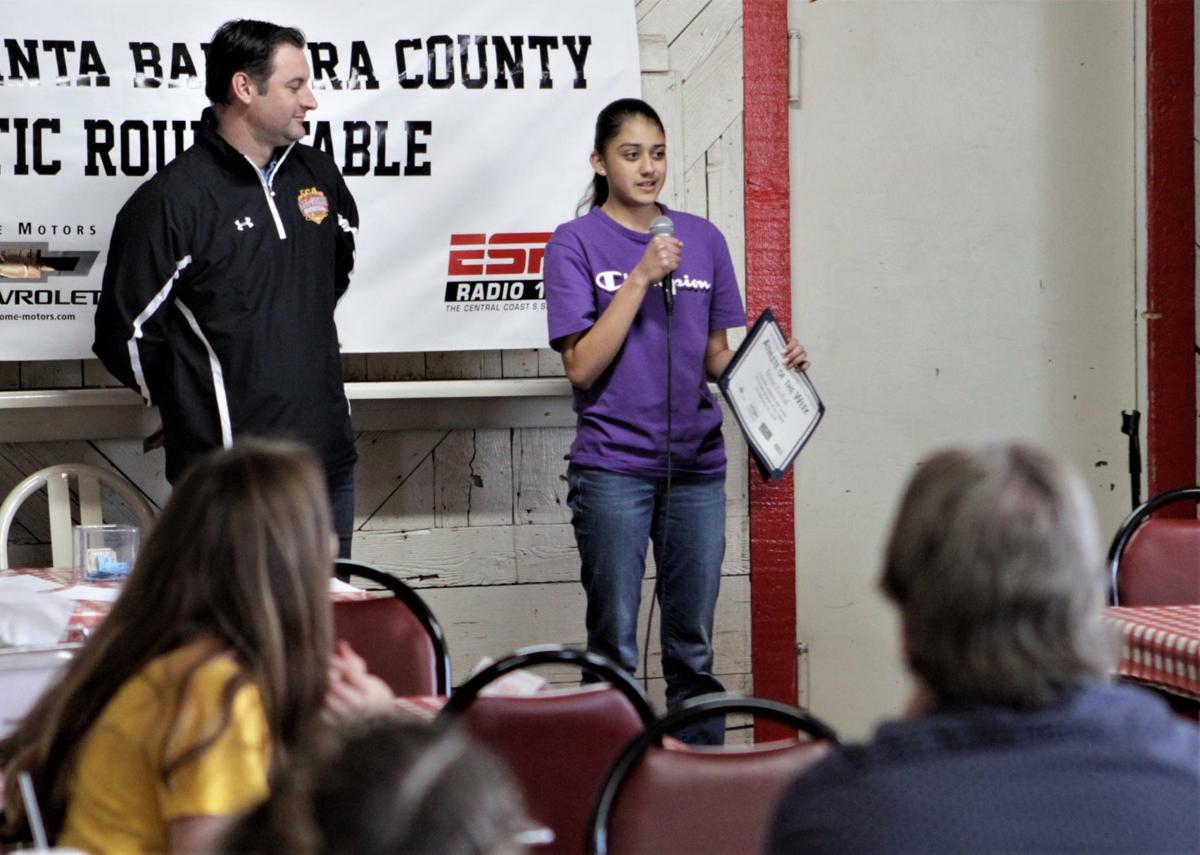 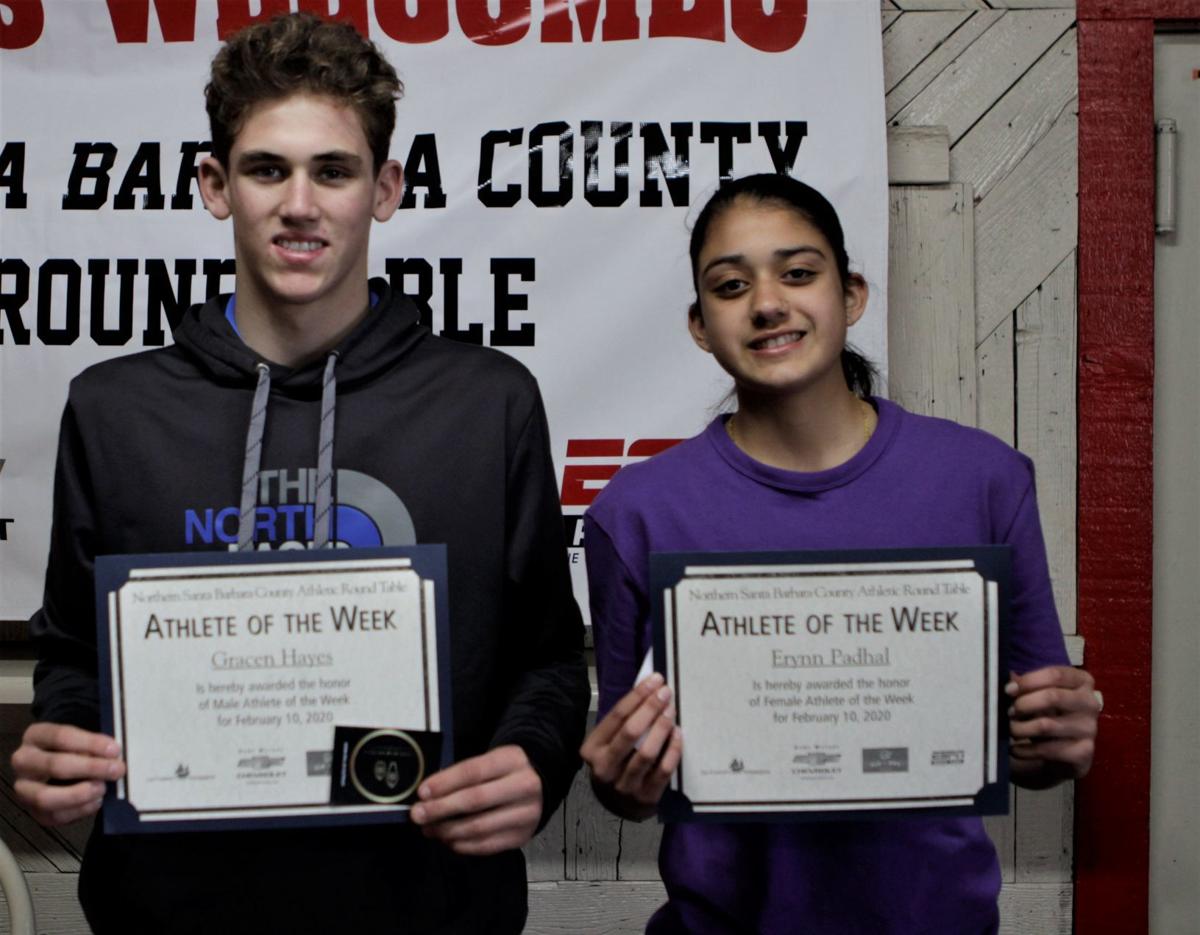 Either way, they were both honored to be named Athletes of the Week at Monday's Round Table at Giavanni's Pizza in Orcutt.

Photos: Padhal and Hayes named Athlete of the Week at Round Table

"Surprised," Padhal responded when asked to describe her emotions after taking the weekly honor for Northern Santa Barbara County.

"One of the main reasons has been our coaches," Padhall said, attributing the team's success to head coach Tom Robb and assistant coach Ed Torres. "They know a lot more and they see a lot more (than us). Especially when we're on the court and don't see what they see. They help us out and our mentality is finishing the season strong and playing hard in the playoffs."

Hayes won his weight class at the Channel League Finals on Saturday, going undefeated in the 145-pound class. Hayes has not lost a league match all season.

"I just want to thank my coaches," Hayes said before handing the microphone back to Round Table emcee Charles Sommer after being named this week's winner. One of Hayes' coaches is his father Fred Hayes.

"He's the one that really pushes me, he's one of the key coaches," Hayes said.

.@lhsbraves’ Gracen Hayes is the Male Athlete of the Week after winning a Channel League title. Undefeated in league at 145 pounds. #santamariatimes pic.twitter.com/Bj6Z74cUPw

Hayes will wrestle at the CIF Southern Section Divisional Finals this weekend at Etiwanda High in Rancho Cucamonga. Hayes and his brother Corbin are both league champs. Corbin Hayes won the heavyweight title at the Channel League Finals on Saturday.

"We still wrestle," Gracen Hayes said. "He pushes me with the weight difference. He's bigger, so he's stronger. We just push each other."

Women's basketball coach Cary Nerelli introduced standout Milan McGary, who had 28 points in the Bulldogs' loss to Moorpark, the No. 2 team in the state, on Saturday. She averaged 20.5 points per game, seven rebounds, 1.5 assists and 1.5 steals over the week.

Legendary Harlem Globetrotters to play at Hancock College on Thursday

"She's one of my favorites because she's a history student," Nerelli said of McGary. "She loves history and that's what I teach. She's been a pleasure to coach. I recruited her as a sophomore in high school and stayed on her 'til we finally brought her in."

Hancock is at Oxnard on Wednesday in a critical game that will have a major impact on the Bulldogs' playoff hopes.

Athletic director Gary West brought a large group of standouts to Monday's Round Table. From the boys basketball team at CHS were Hayden Jory and Lorenzo Martinez. The Conqs start the playoffs at home Wednesday night as the No. 3 seed out of the Channel League, hosting La Puente at 6 p.m. in a CIF-SS Division 4A game.

The CHS girls basketball team was represented by Thea Reagan and Jesse Jenkins. The Conqs start the playoffs Thursday at Twentynine Palms.

Esparza went undefeated and won a league title at 143 pounds as Burke did the same at 137 pounds. Burke holds the record for fastest pin this year at 13 seconds. CHS had seven boys qualify for CIF. Martinez won a Channel League title as did teammate Patrick Durham (170 pounds). Martinez, a sophomore, won at 182 pounds.

The Lions start their playoffs Thursday with a CIF-SS Division 5A first-round game at Santa Ana Calvary Chapel. They finished second in the Coast Valley League at 9-3.

"Erynn has had an outstanding season," Robb said of Padhal. "Scoring, defensive rebounding, she's second on the team in blocked shots. She works really hard and this entire team takes pride in their defense. They know defense creates offense."

Santa Maria schools were not at Monday's Round Table as the school district was out for President's Lincoln's birthday. The Round Table will not be in session next Monday in observance of Presidents' Day.