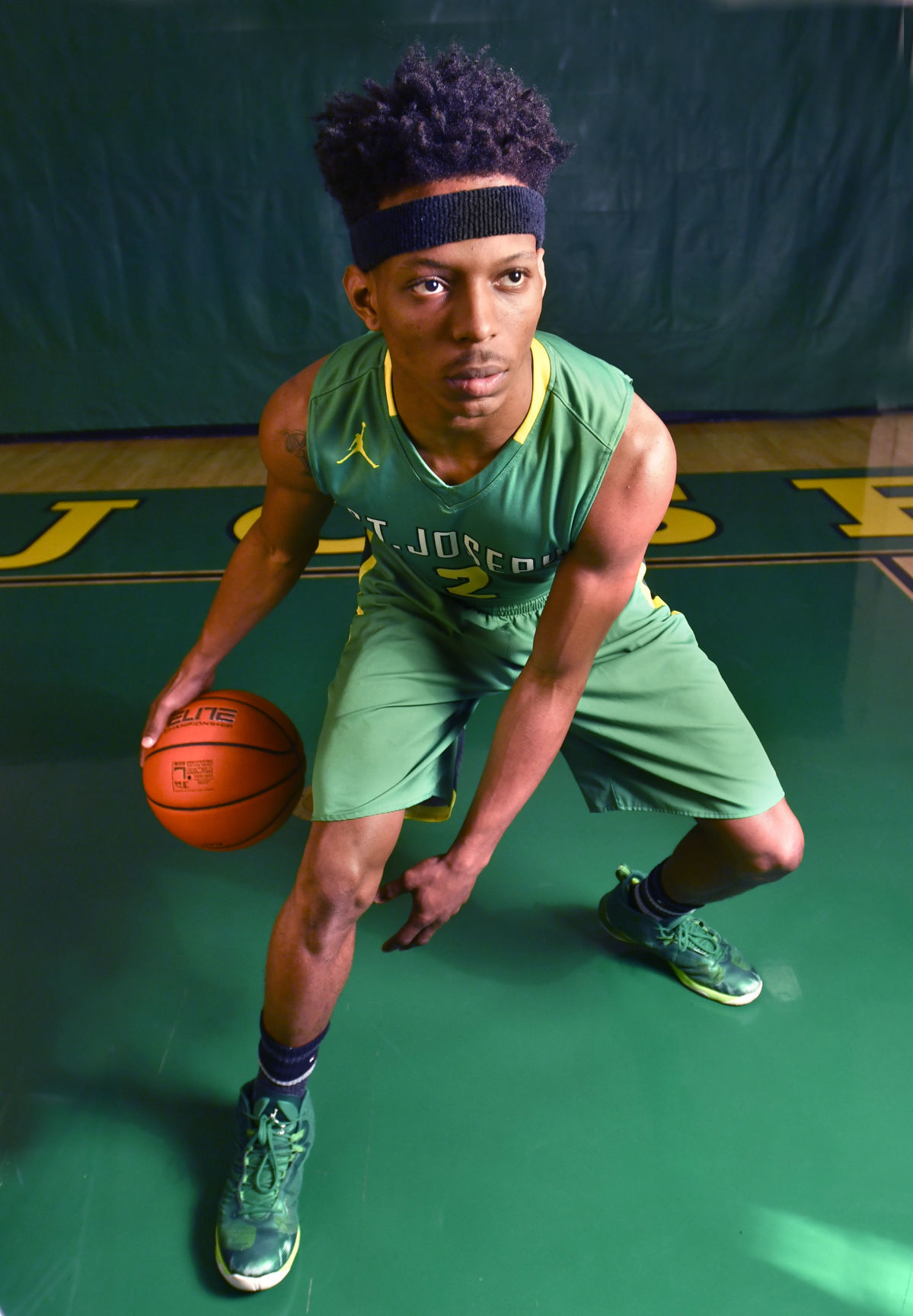 St. Joseph's JoJo Walker was named the PAC 8 League MVP for boys basketball in 2017. Walker averaged over 23 points and nearly eight assists per game for the Knights that year. He's a nominee for the Times' Player of the Decade award. 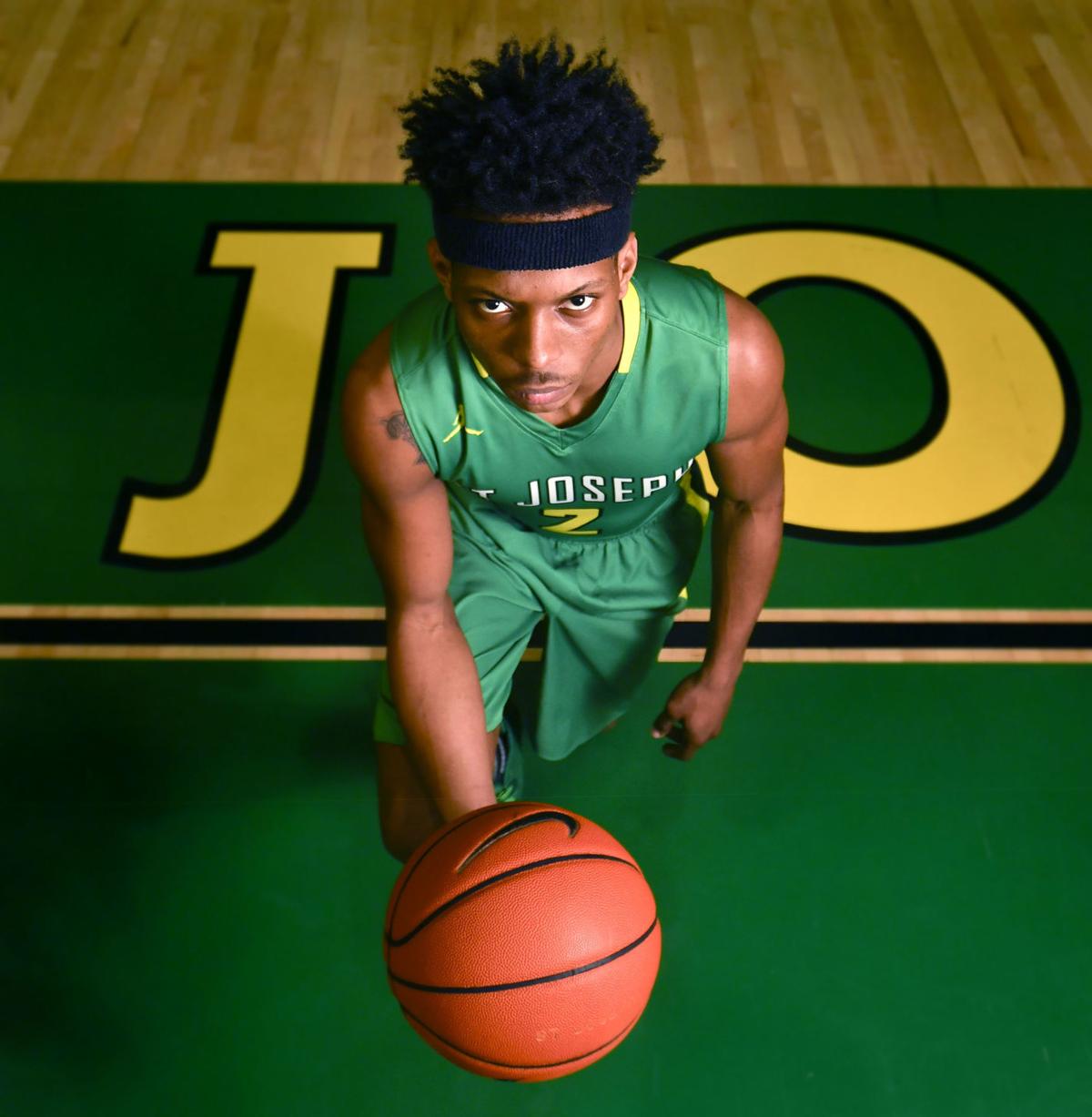 St. Joseph point guard JoJo Walker capped his high school career with a stellar senior season when he averaged more than 23 points and nearly eight assists per game. He led St. Joseph to a CIF title as a junior. 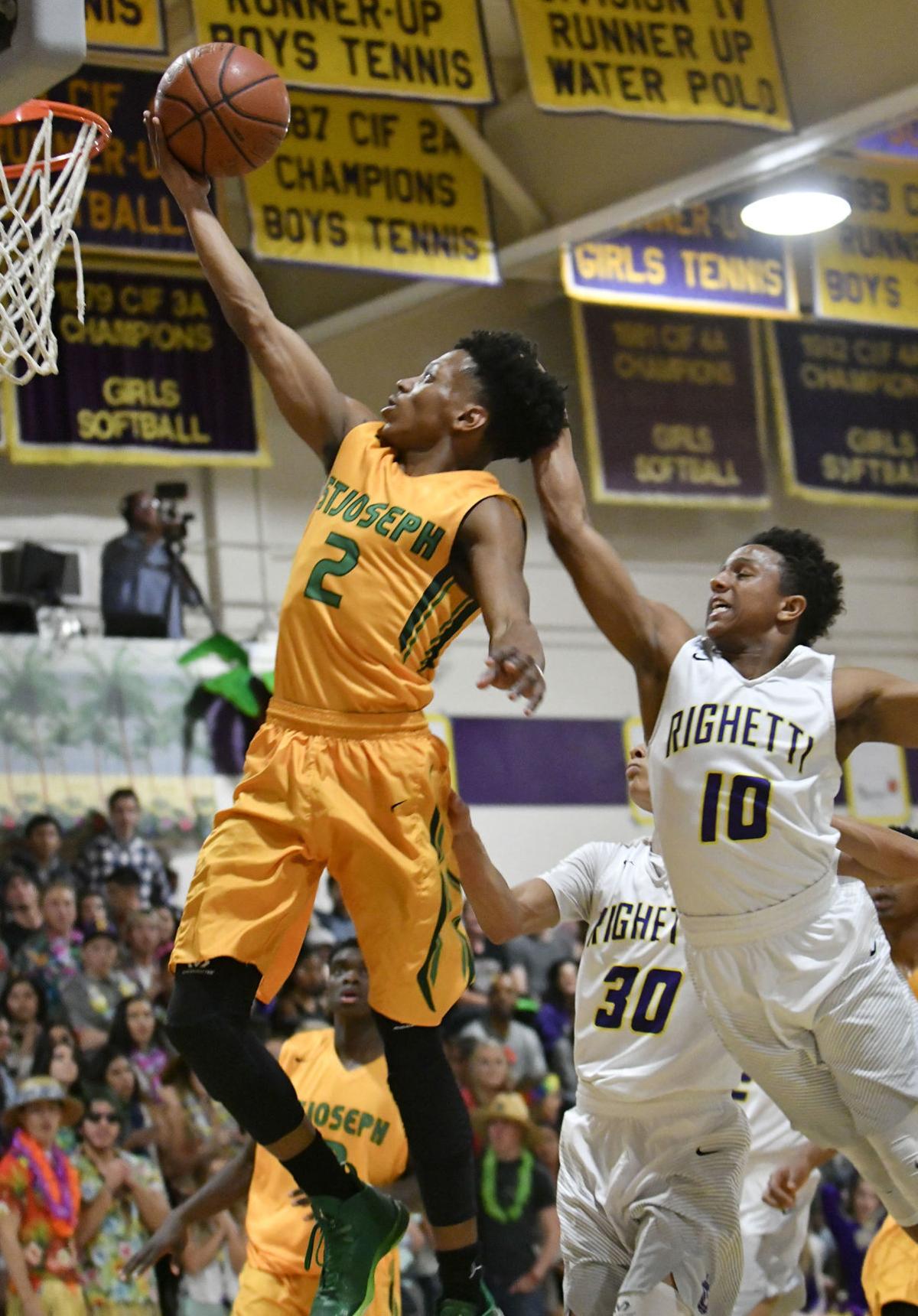 St. Joseph's JoJo Walker drives past Righetti's Jalen Davis during a game in February of 2017. 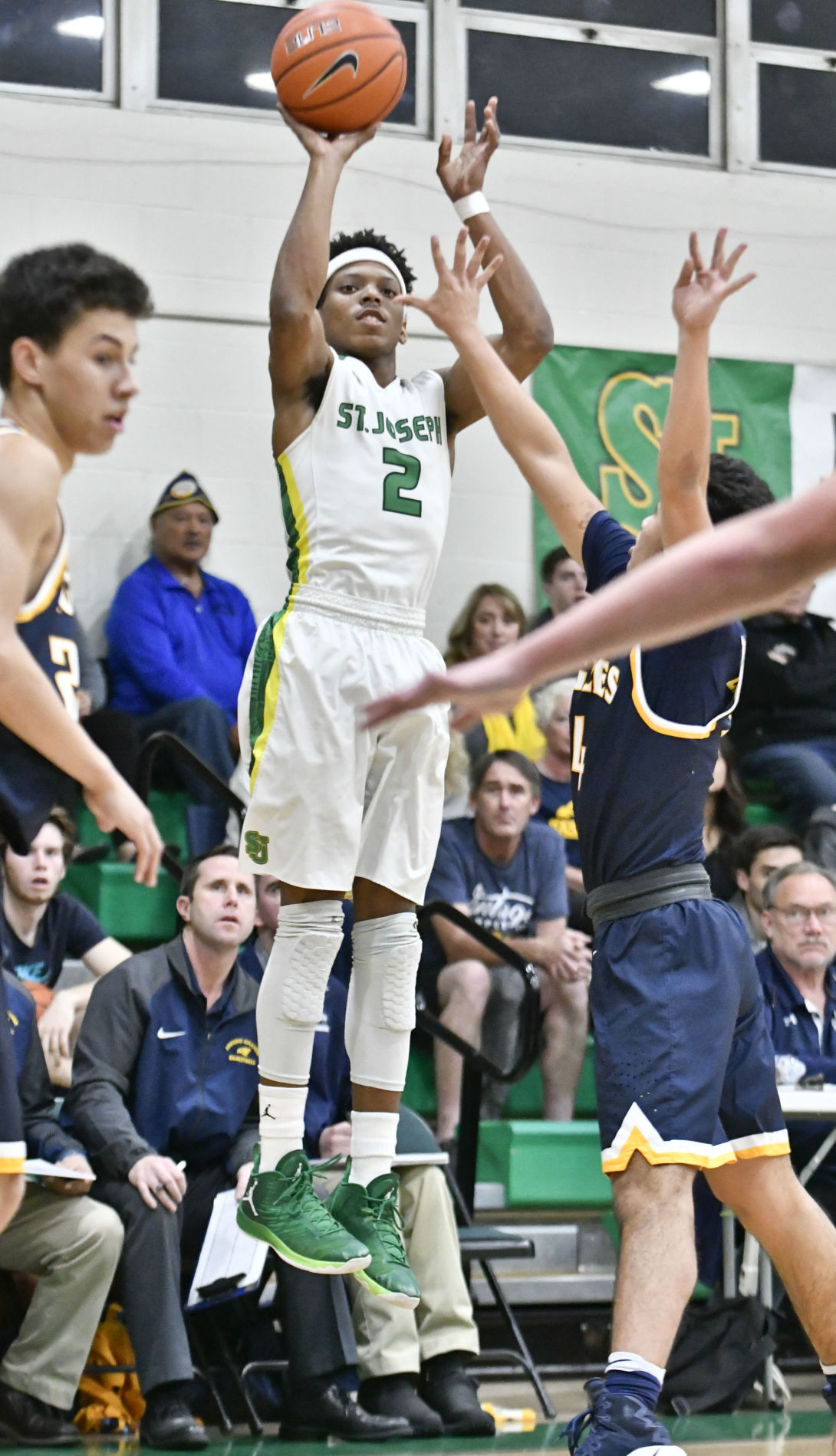 As an undersized and athletic guard that preferred to score but was just as proficient running the offense, Walker had an eye-catching game that dazzled opposing fans and players alike.

But there was also an overlooked aspect of his rise to success.

Whether it was flying up and down the court at breakneck speeds or grinding to overcome a broken leg he suffered before his freshman season began, Walker never let off the gas pedal.

That type of drive helped him land a full-ride to Portland University, where he'll be entering his senior season later this year.

Walker has been chosen as a nominee for the Times' Player of the Decade award. He is the fifth such finalist.

The 6-foot guard slashed, shot and scored his way to the CIF divisional Player of the Year award in 2016 as the Knights captured a school record 31 wins.

Despite playing only three seasons at St. Joseph, Walker scored a remarkable 1,867 points in 93 career games, averaging just over 20 points a game.

For his career, Walker grabbed 320 rebounds, dished out 551 assists and seized 202 steals. He did this despite moving to the area from Carolina, Puerto Rico, where he left his family before entering high school.

"It was hard, first, because I'm the only child," Walker once said of moving to California from Puerto Rico. "It was hard for me and my family. We're a close family. Leaving them was really hard. But I really wanted it. I really wanted to come over here and get my education and go to college. I'm on my way.

"It was the best choice I made in my whole life," he added. "... I'm thankful for coach Mott and the teachers and everything. I'm very thankful."

"It (was) amazing," Walker said of his time at St. Joseph. "But there were hard times. Coming over here not knowing English and everything, it was hard. So many life experiences, though, that will all help me in the future."

It's almost time to vote in our boys basketball player of the decade poll, have you taken a moment to read about the nominees? Go through this collection of profiles and get ready for the voting.  We have been working to highlight the decade's best players in several different sports over the last few months, and now we continue with boys basketball. We've really enjoyed the level of participation we've had with the football and girls basketball polls, so share these profiles and the contest with your friends to get the word out and support our local athletes.

Is there a sport in which the athletes rely more on their physical ability than basketball? The sport is dominated centers, forwards and guard…

A telltale sign of a player's greatness is when opposing coaches respect them as much as their own. David Terrones had that trait. Of course, …

Player of the Decade: Let's not forget the greatness of Chad Brodhead

Player of the Decade: Gabrys Sadaunykas left his mark at St. Joe's

Gabrys Sadaunykas wasn't at St. Joseph for very long, but he certainly left his mark there. As a senior, Sadaunykas, a native of Vilnius, Lith…

Player of the Decade: Gage Gomez quickly rose to stardom at Arroyo Grande

Arroyo Grande High School has a proud basketball tradition filled with memorable players. Gage Gomez is up there with the best of them. Gomez …

Player of the Decade: Bryan Smith's a named that shouldn't be overlooked

The name Bryan Smith may not ring a bell to those who have a passing interest in Central Coast basketball. With a name like Bryan Smith, that'…

St. Joseph's JoJo Walker was named the PAC 8 League MVP for boys basketball in 2017. Walker averaged over 23 points and nearly eight assists per game for the Knights that year. He's a nominee for the Times' Player of the Decade award.

St. Joseph point guard JoJo Walker capped his high school career with a stellar senior season when he averaged more than 23 points and nearly eight assists per game. He led St. Joseph to a CIF title as a junior.

St. Joseph's JoJo Walker drives past Righetti's Jalen Davis during a game in February of 2017.