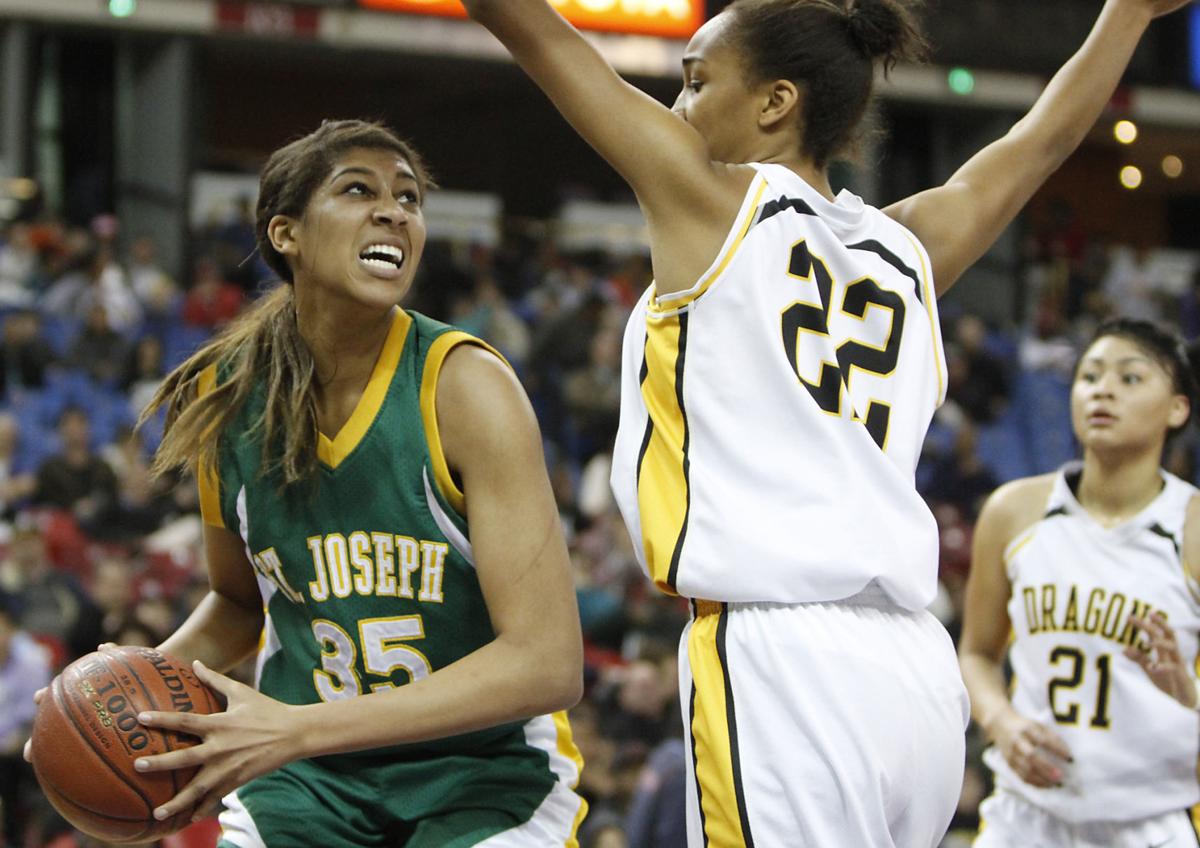 St. Joseph's Aly Beebe drives to the hoop during the Knights' CIF State Division III championship win over Bishop O'Dowd at the Power Balance Pavilion in Sacramento on March 26, 2011. 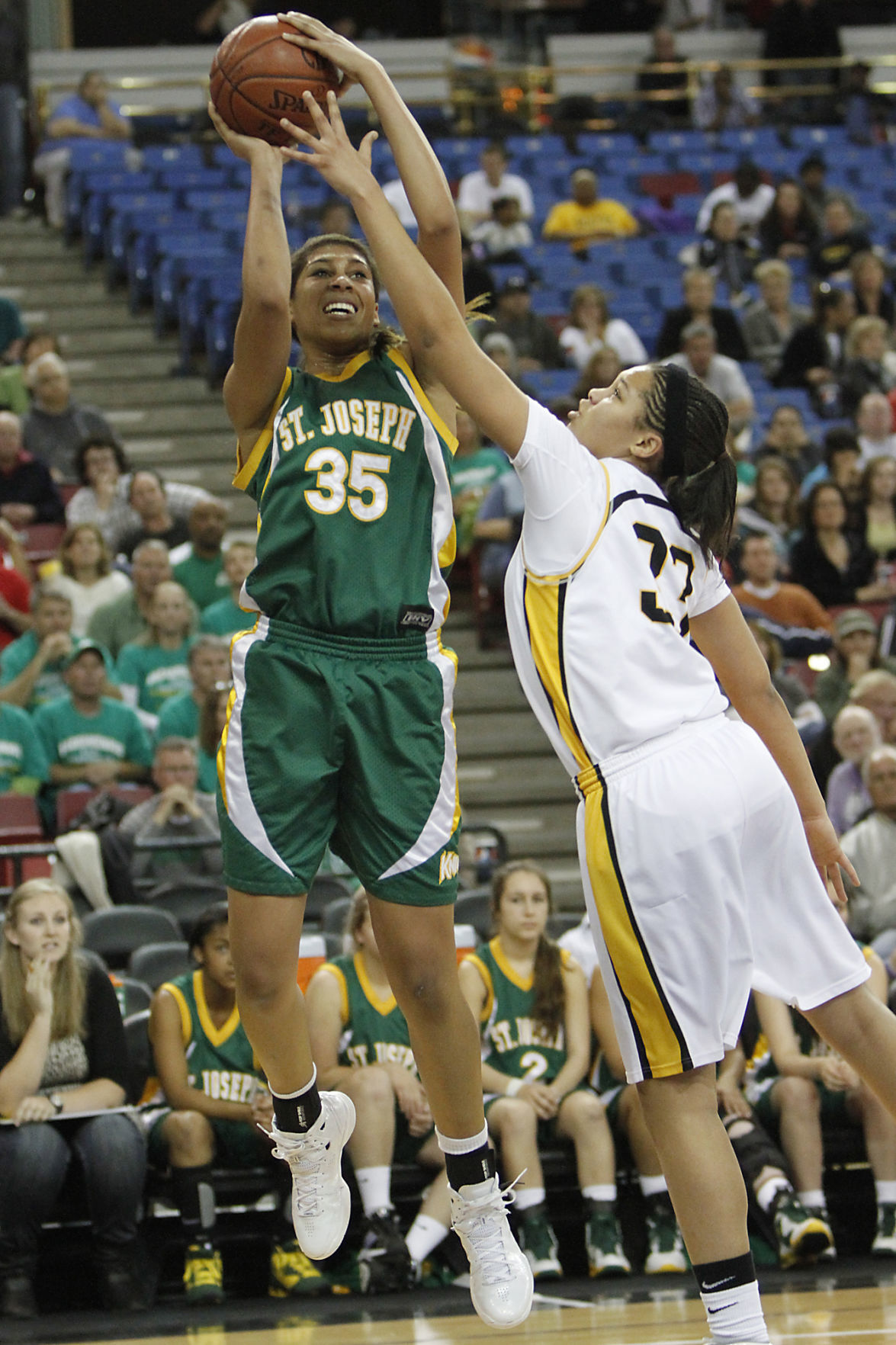 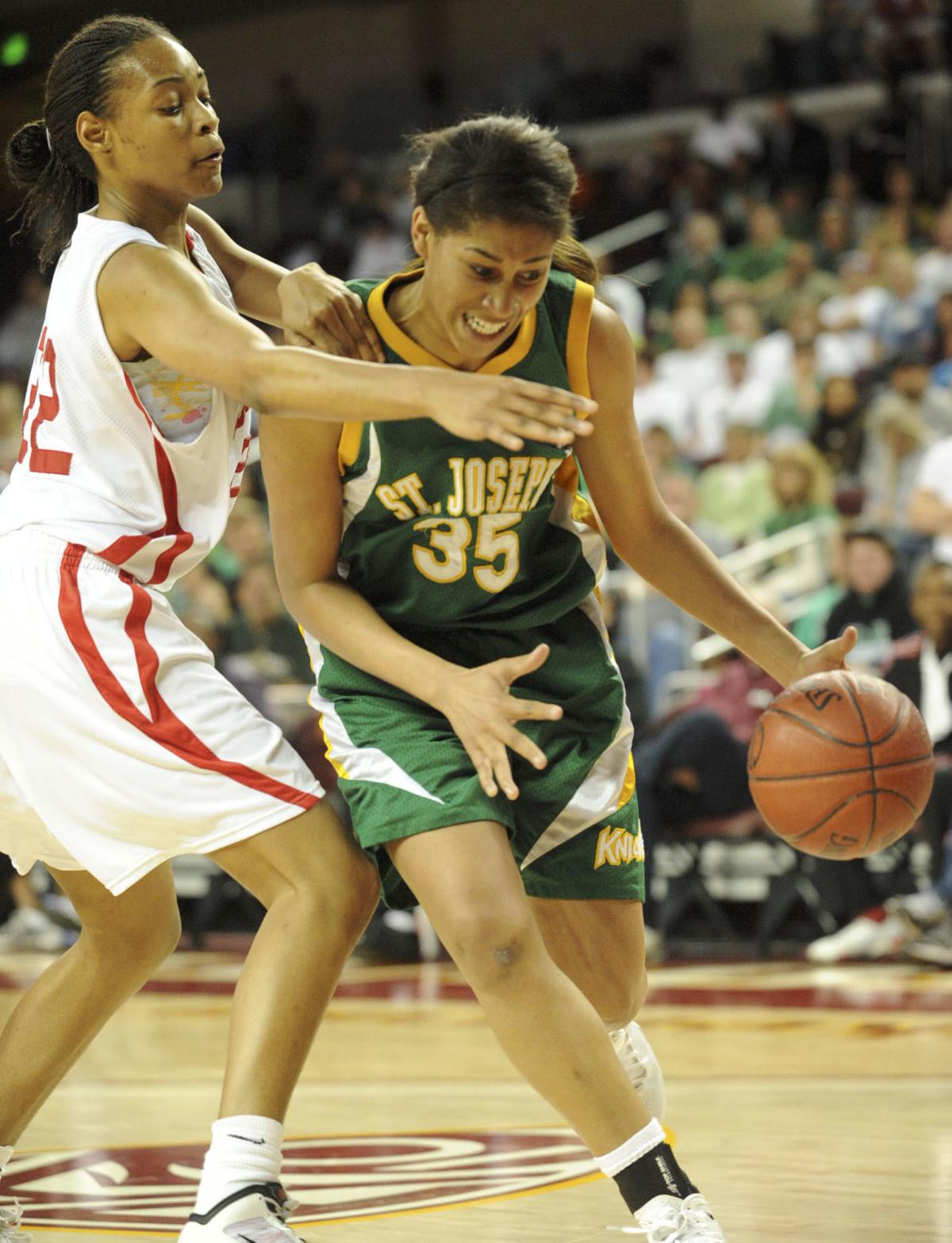 For a career filled with so many historic achievements, it's a bit odd to still wonder "What if?"

What if Aly Beebe never suffered that major knee injury before her senior season?

What if she never suffered another injury early on at Stanford?

The answers to those questions can never be known, but we do know how much pure dominance Beebe exuded in her three healthy seasons with the Knights.

Let's take a look: She helped the Knights win back-to-back CIF Southern Section titles during her freshman and sophomore seasons.

During her junior season, Beebe developed into one of the most dominant players in the entire state, if not the country, when she powered the Knights to a Division III State championship.

Beebe suffered another knee injury at Stanford and medically retired as a red-shirt freshman in 2013 without ever being able to play a game for the Cardinal.

Still, Beebe's resume is unmatched and it has earned her a nomination in the Times' Player of the Decade contest.

If there has ever been a player from the area with WNBA potential, it's Aly Beebe. Beebe had the rare combination of elite size, skill and ability that put her among the top women's basketball players in the world.

Beebe was a 6-foot-3 center that had a soft shooting touch, a high-level basketball IQ and a passion to dominate opponents with her renowned shot-blocking. If Beebe never suffered any knee injury, there's little doubt that she would've put together an extended career in the WNBA and probably would've played for Team USA at the Olympics.

St. Joseph probably would've racked up more hardware in the 2011-12 season. During St. Joseph's state title run in 2010-11, Beebe scored 643 points in 32 games, more than most players score in their entire careers.

Beebe joined a talented team at St. Joseph in her freshman year with Analiese Riezebos and Kelsey English, but still became one of the team's top scorers and its best defender and rebounder. She averaged 13.4 points, 9.3 rebounds, 2.9 steals and 2.9 blocks per game during her first two seasons at St. Joseph.

Terri Cecchine has a passion for growing girls wrestling programs

The rest of the Player of the Decade nominees will be announced in the coming weeks before a tournament-style voting contest will be held to determine the girls basketball Player of the Decade. Readers will be able to vote online at santamariatimes.com; lompocrecord.com and syvnews.com. Players from Northern Santa Barbara County and Southern San Luis Obispo County whose final seasons where in between 2009-10 and 2019-20 are eligible.

St. Joseph's Aly Beebe drives to the hoop during the Knights' CIF State Division III championship win over Bishop O'Dowd at the Power Balance Pavilion in Sacramento on March 26, 2011.