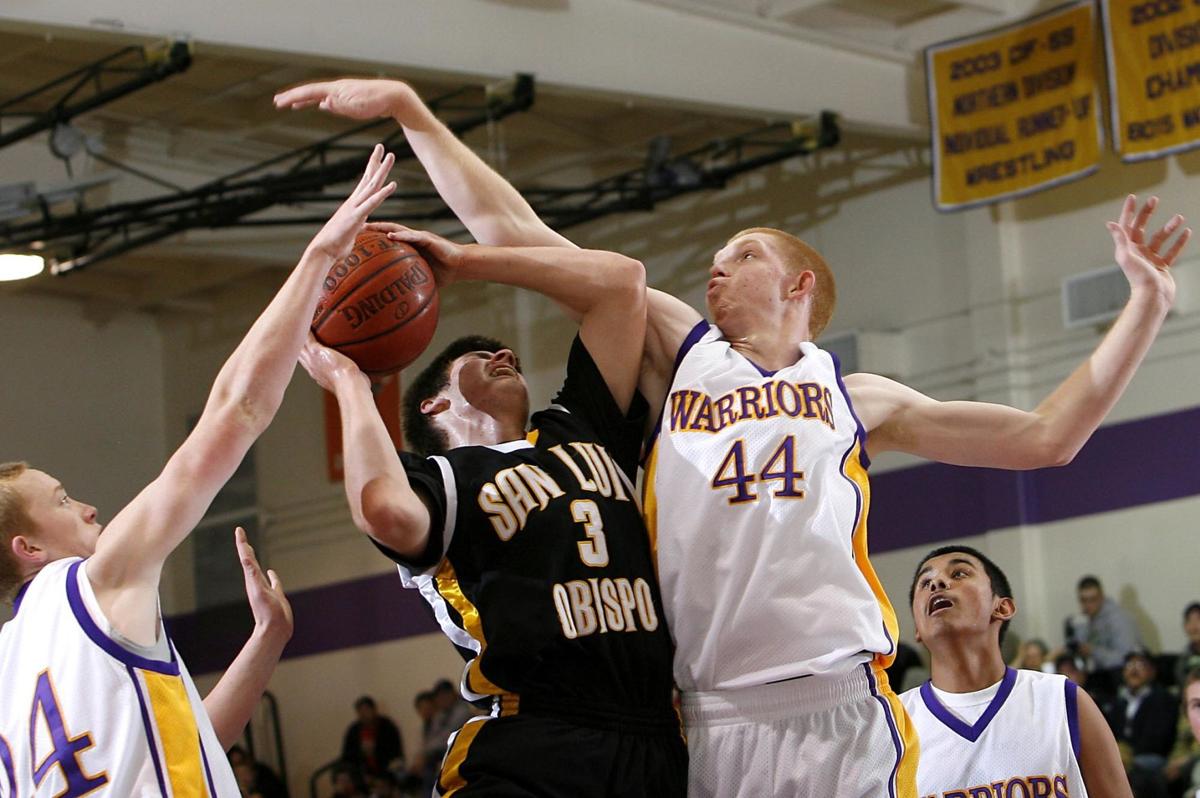 Nick Sauer (44) is seen during his playing days at Righetti High School in February of 2010. Sauer is now his former high school's head basketball coach. 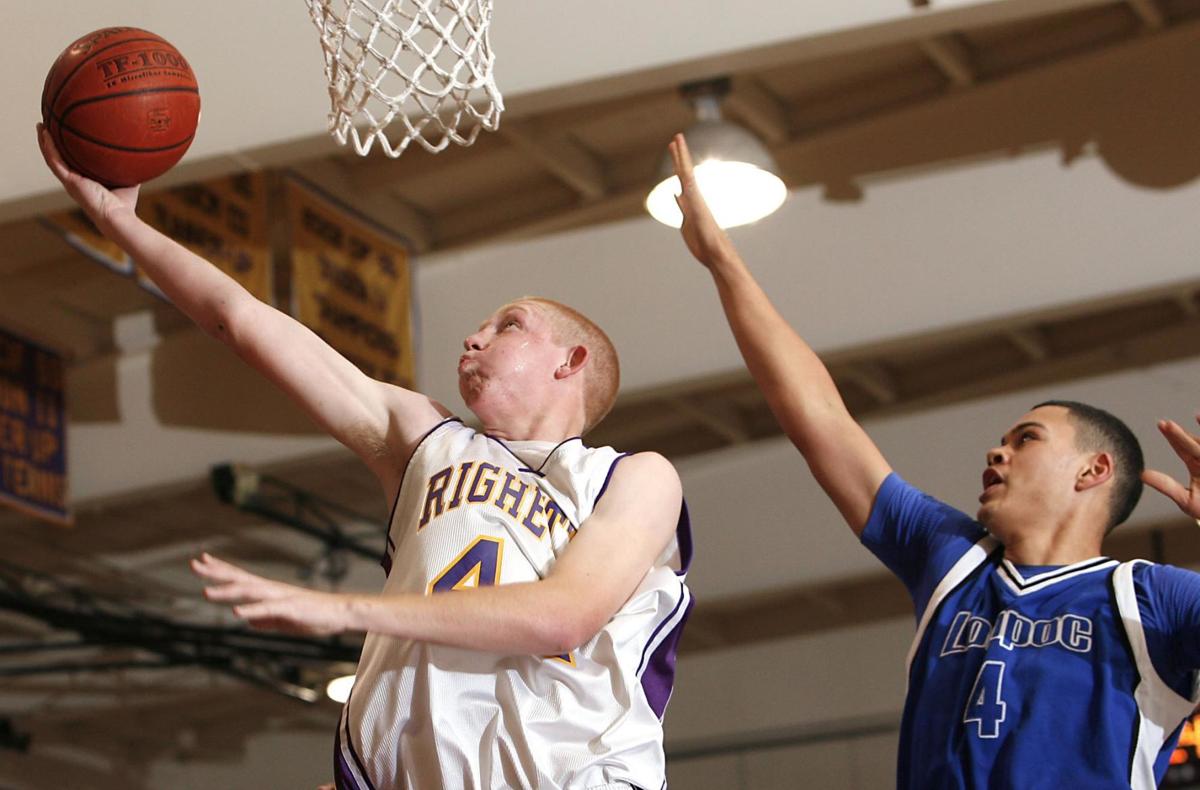 Nick Sauer (44) is seen during his playing days at Righetti High School in December of 2009. Sauer is now his former high school's head basketball coach. 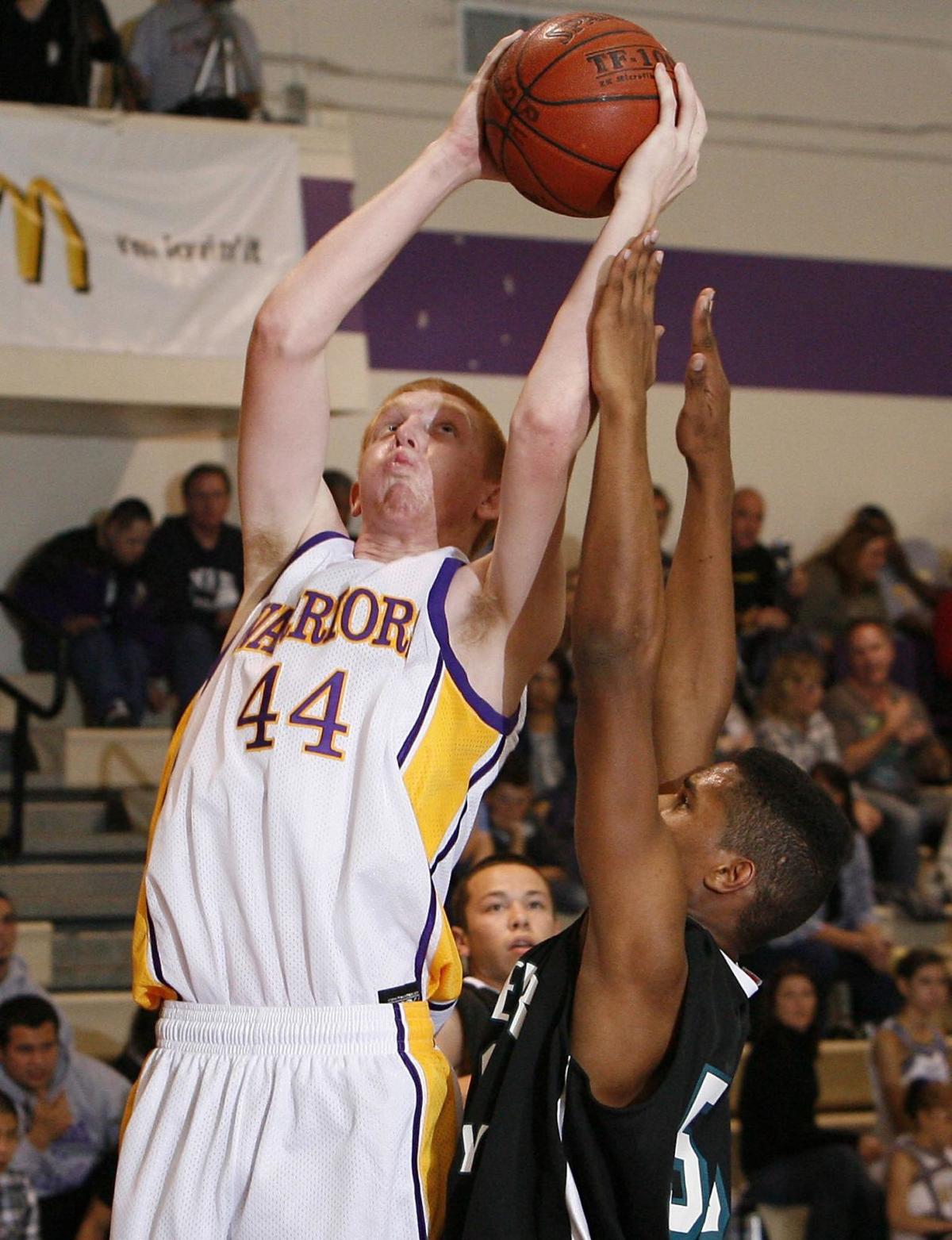 Nick Sauer (44) is seen during his playing days at Righetti High School in January of 2010. Sauer is now his former high school's head basketball coach.

Nick Sauer will be coaching basketball at the same place he played his high school basketball.

Sauer was hired earlier this week as Righetti’s new boys varsity basketball coach. He will take over for veteran coach Kevin Barbarick who stepped down after his second stint as the Warriors’ coach.

Sauer will be a full time special education teacher at Righetti. He played varsity ball at power forward for two years for Barbarick before graduating in 2010.

“We went pretty far in the playoffs that year,” said Sauer.

“I went through the freshman and JV programs, then I played varsity,” said Nick Sauer whose younger brother, Matt, was a second-round New York Yankees draft pick in 2017.

"I feel good about the military aspect. It’s always good to give back to the country I live in," Langley said. "A lot of my dad's side has been in the Army so I am a little familiar."

Nick Sauer will be stepping into the uptempo Righetti style he was familiar with as a player with a firm grounding as a coach.

It may be awhile before he can meet with his new players in person. The Santa Maria Joint Unified School District delayed bringing athletes back on campus for conditioning because of the COVID-19 pandemic.

Sauer said the Righetti teaching job will be his first with a Clear teaching credential.

“I got my credential through Brandman University,” he said. “I taught special education at Lompoc Valley Middle School the last two years with an emergency credential.”

If Righetti opens the 2020-21 school year with strictly online learning, Sauer said that won’t faze him as a teacher.

“I taught an online program at Lompoc Valley Middle School, so I’m familiar with it,” he said.

“I had a stress fracture my freshman year,” so that cancelled her potential first collegiate track season after what she described as a successful initial collegiate cross country campaign.

Schools nationwide went online last March in the midst of the pandemic.

Sauer has been drawn toward working with students with special needs for awhile.

“My mom runs a day care out of her house and a kid who was diagnosed with autism, and has cerebral palsy, was in (the day care program),” said Nick Sauer.

“I was really involved with Special Olympics when I was at Tabor College, and that was when I really got into (working with students with special needs).

Sauer played basketball for two years at Cuesta College before moving on to NAIA Tabor College.

“I played for two years there and coached for one,” said Sauer. “I got nearly a full basketball scholarship to go there.”

Sauer graduated from Tabor with an undergraduate degree in physical education and health.

He said he was drawn to Tabor because “I wanted to experience something different.”

His days at Tabor certainly gave Sauer that benefit.

“I lived through a whole season of snow. I’m pretty easy going, so it really wasn’t much of an adjustment for me.”

His next coaching experience, with the Righetti boys basketball varsity, will be with a program Sauer is thoroughly familiar with.

College: Set to play at Hancock

College: Starred at running back at the University of Washington, topping 2,000 career yards.

College: Played at Hancock and the University of LaVerne.

Notes: 2014 All-Area MVP had 1,240 yards in receptions, and 21 touchdowns, as he helped lead Nipomo to the Southern Section Northwest championship. Also made 35 tackles that year.

No. 2 Patrick Laird vs. No. 3 Bradley Mickey

College: Played running back at Cal.

Vote: No. 2 Patrick Laird vs. No. 3 Bradley Mickey

Player of the Decade matchups set for regional semifinals

One round of action in and there's already been a top seed eliminated.

The Santa Maria Times, Lompoc Record and Santa Ynez Valley News has developed a list of 16 nominees for Player of the Decade.

That list has been whittled down to eight after the first round of play and the 'regional semifinal' matchups are now set.

Votes from readers are determining the winners.

Kimball won that first-round contest over Jacobs with 355 total votes over a week. Jacobs finished with 259 total votes.

Also moving on from San Luis Obispo County is No. 2 seed Patrick Laird, a former Mission Prep running back, who dominated his first-round matchup. Laird cruised to victory with a 395-41 victory over former San Luis Obispo quarterback Emilio Corona, who was the No. 7 seed.

There was one minor upset in the first round of the Northern Santa Barbara County contest.

Ainuu Taua, a former LHS defensive lineman and the No. 4 seed, was upset by Santa Ynez' Mike McCoy the No. 5 seed.

Toa Taua and Coleman will both have their hands full in the next round.

Taua will face McCoy, who received the second-most votes of all the contenders in the opening round with 413. McCoy edged Ainuu Taua 413-316.

Coleman is set to face off against Caleb Thomas, a former Righetti lineman who is now at Tulane. Thomas cruised past his first-round opponent, former Santa Maria quarterback Blake Truhitte, the No. 6 seed, 448-168. Thomas, the No. 3 seed, received the most votes out of all first-round competitors.

No. 2 Patrick Laird vs. No. 3 Bradley Mickey

The winners from this round will square off in the regional finals before the SLO County winner faces the Santa Barbara County winner to determine the Central Coast Player of the Decade.

Next stop for Grace Cose: The Master's University

"I've always loved it. I loved the campus. I also did like that they have a small campus enrollment, and you can get more one-on-one instruction from the professors," Cose said.

Bailey: We need to accept that high school sports won't return until 2021 and work to make even that happen

Instead of dwelling, we need to start preparing. To do that, I'd suggest doing the small things that can help ensure that we have some normalcy by that time. (Mainly, wear a mask, wash your hands and socially distance when. Also, get tested if possible).

“I did (photography) work with many community groups, Dignity Health, the PCPA, the Hancock College dance program, for years,” said Escobar. “All that’s on hold.”

Nick Sauer (44) is seen during his playing days at Righetti High School in February of 2010. Sauer is now his former high school's head basketball coach.

Nick Sauer (44) is seen during his playing days at Righetti High School in December of 2009. Sauer is now his former high school's head basketball coach.

Nick Sauer (44) is seen during his playing days at Righetti High School in January of 2010. Sauer is now his former high school's head basketball coach.